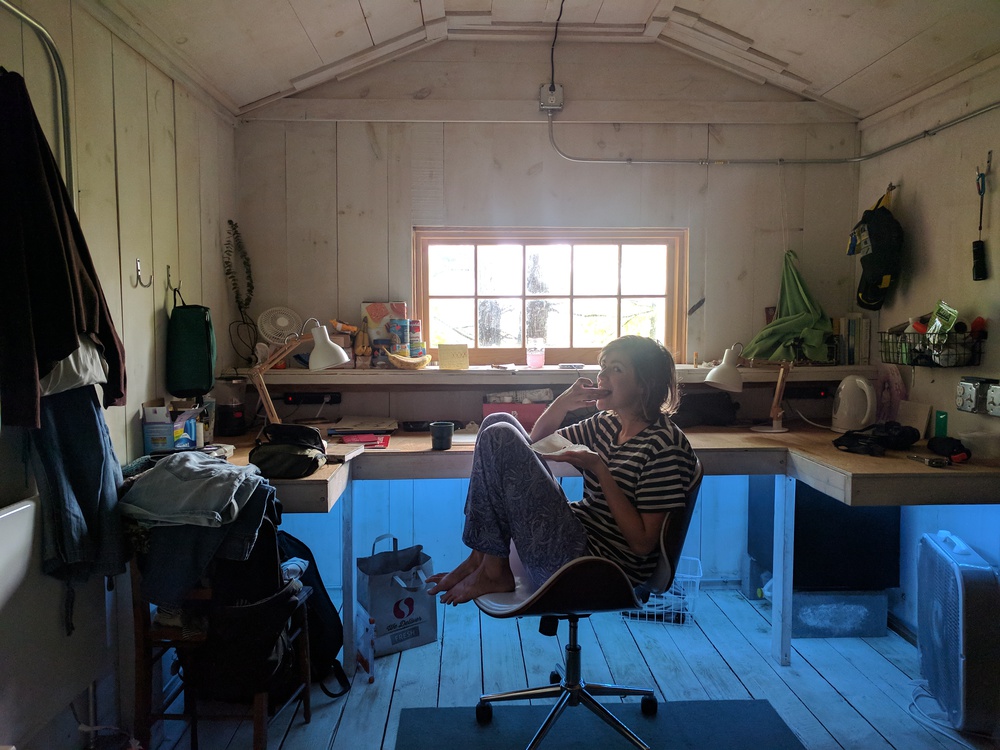 Fall seemed to be on the way as we drove east from the Finger Lakes towards Vermont. On the way, we stopped somewhere in the Adirondacks at a farm/orchard to get some apples, cheese curds, apple cider, and bread. The apple cider was SO GOOD.

From there, to get to Middlebury, VT (home of private liberal arts Middlebury college), we crossed over Lake Champlain and arrived mid-day and parked the van, then rode our bikes into the town main street. 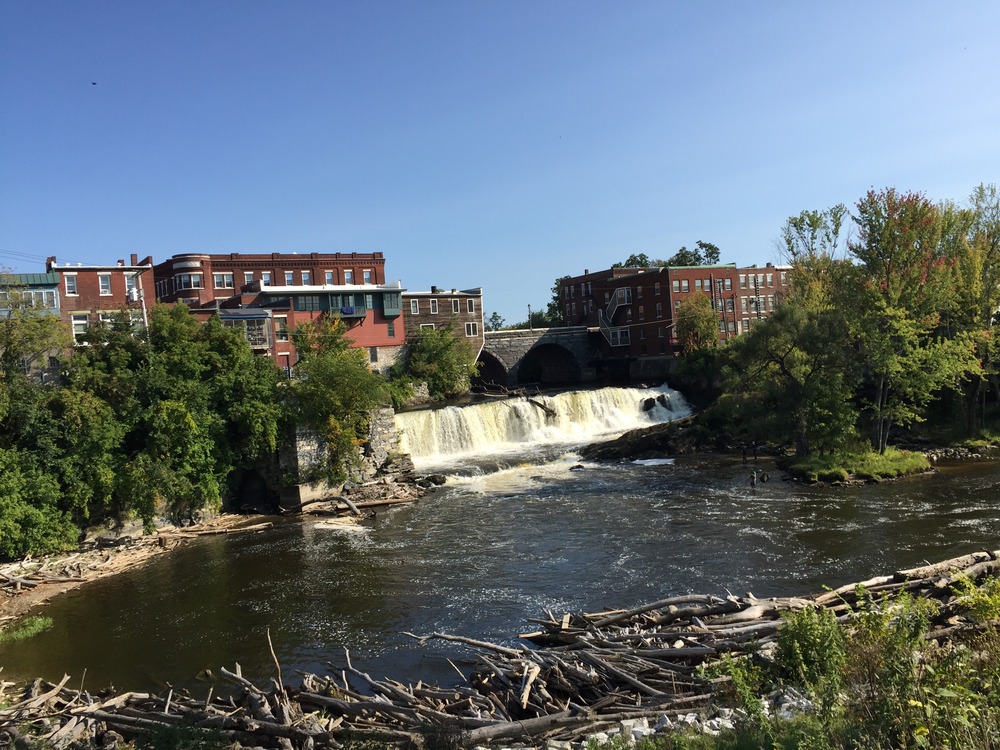 I wanted to stop at the Vermont Folklife Center to check things out, and it was free. They had an exhibit based around oral history told by members of the Colonial Dames, a female group similar to the Daughter's of the American Revolution. It was pretty interesting and had cool photos of the mostly older ladies sitting outside of their estates in their flower garden. They also had some local artist's work on display, I bought some cards of wood prints. 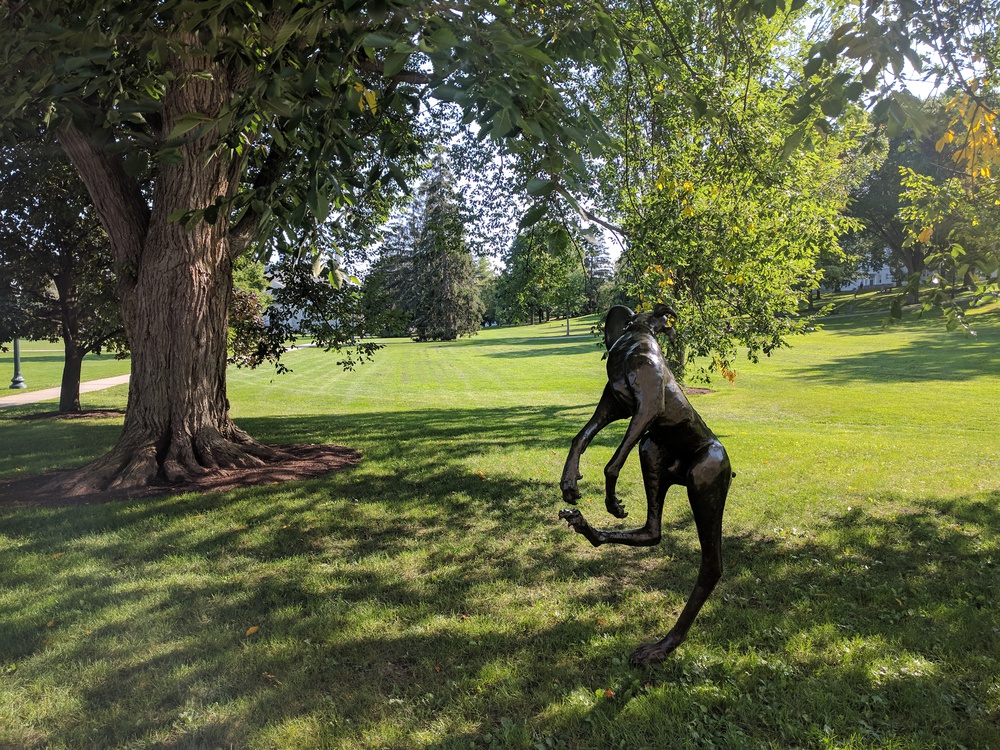 After that Dan took off on a mountain bike ride, climbing many feet to see a beautiful view of the valley. It sounded hard. 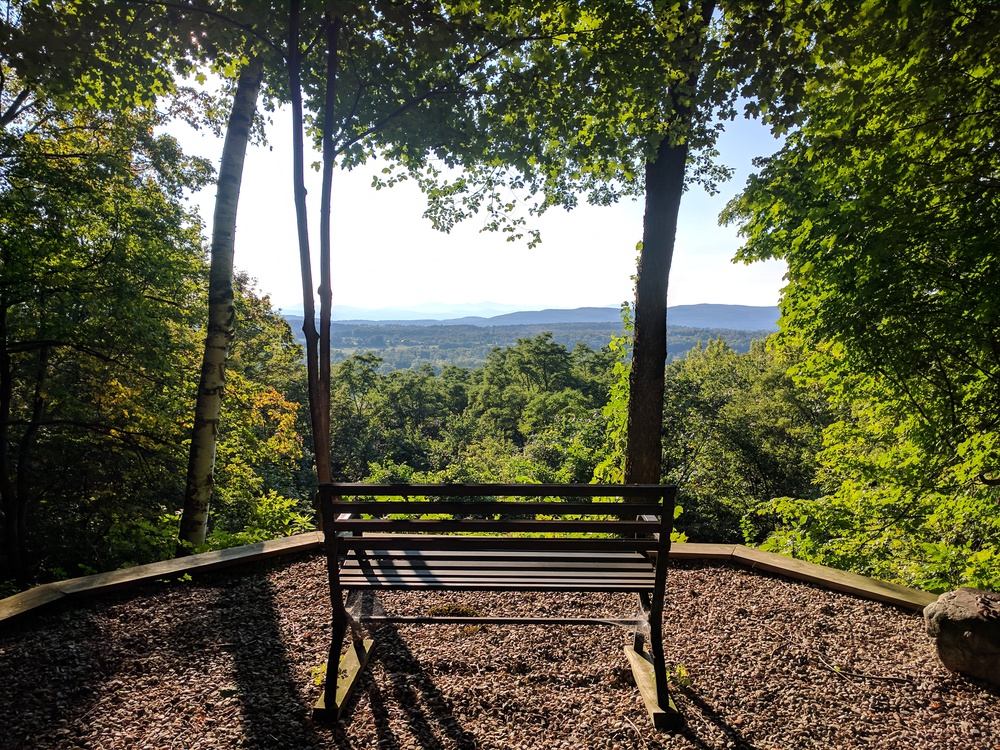 While he did that, I walked around Middlebury then rode my bike up to campus, unintentionally running into Dan later on. We explored around campus then went to get some sandwiches nearby. That night we camped at a local state park just outside of Middlebury. 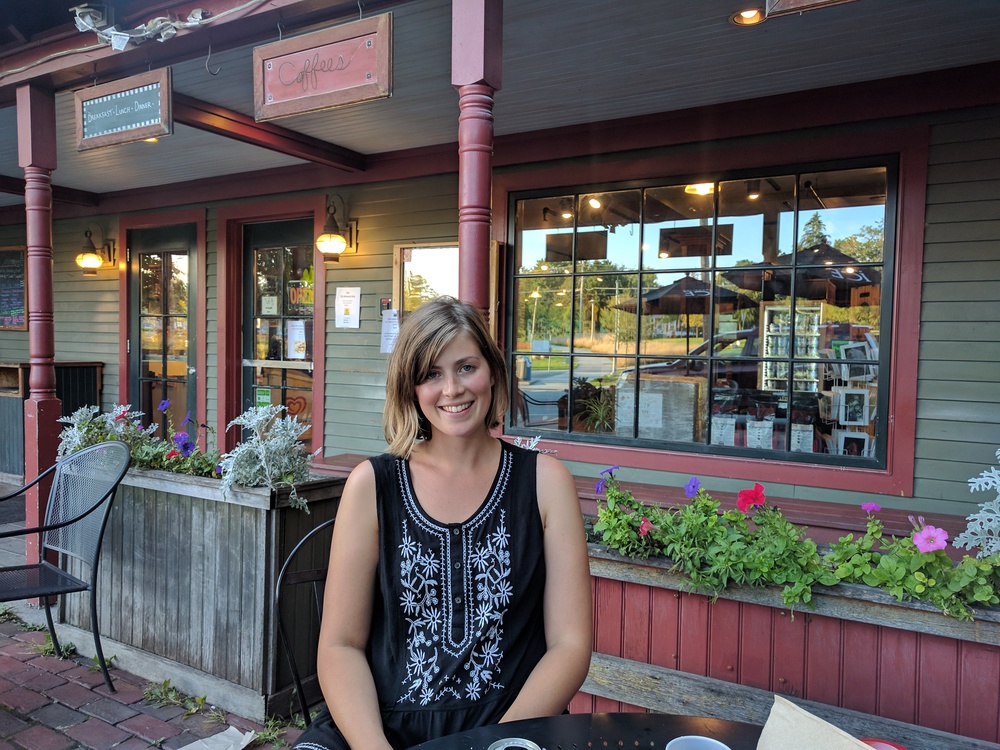 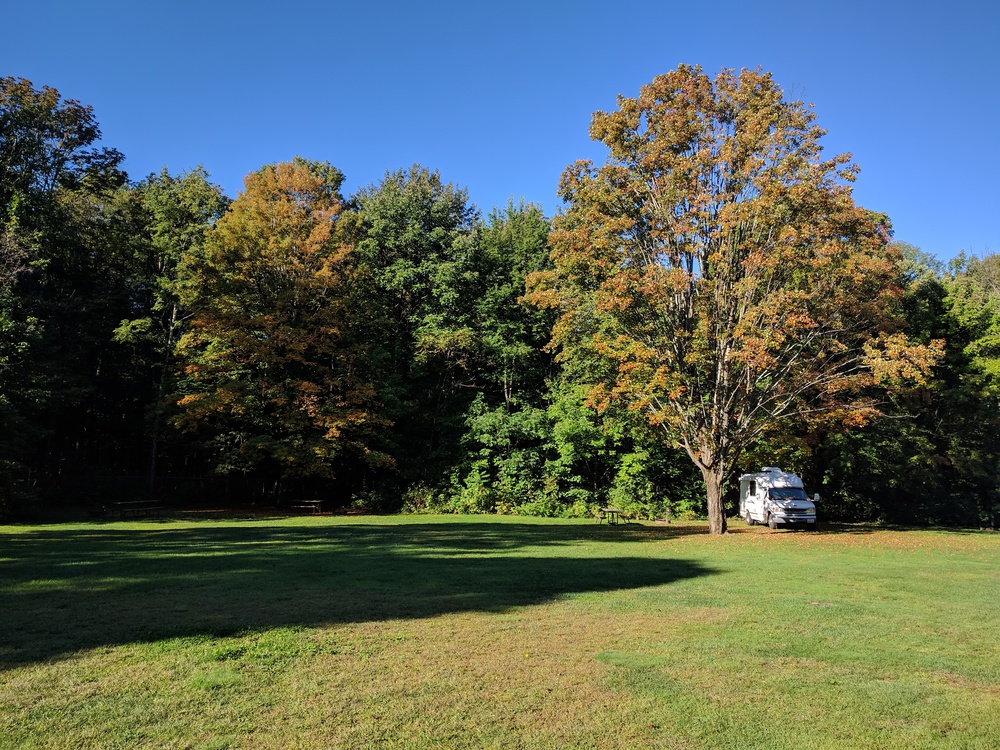 In the morning we went east over the Green Mountains towards Granville/Hancock to meet the residency organizer at the cabin, which is right in between Granville and Hancock. 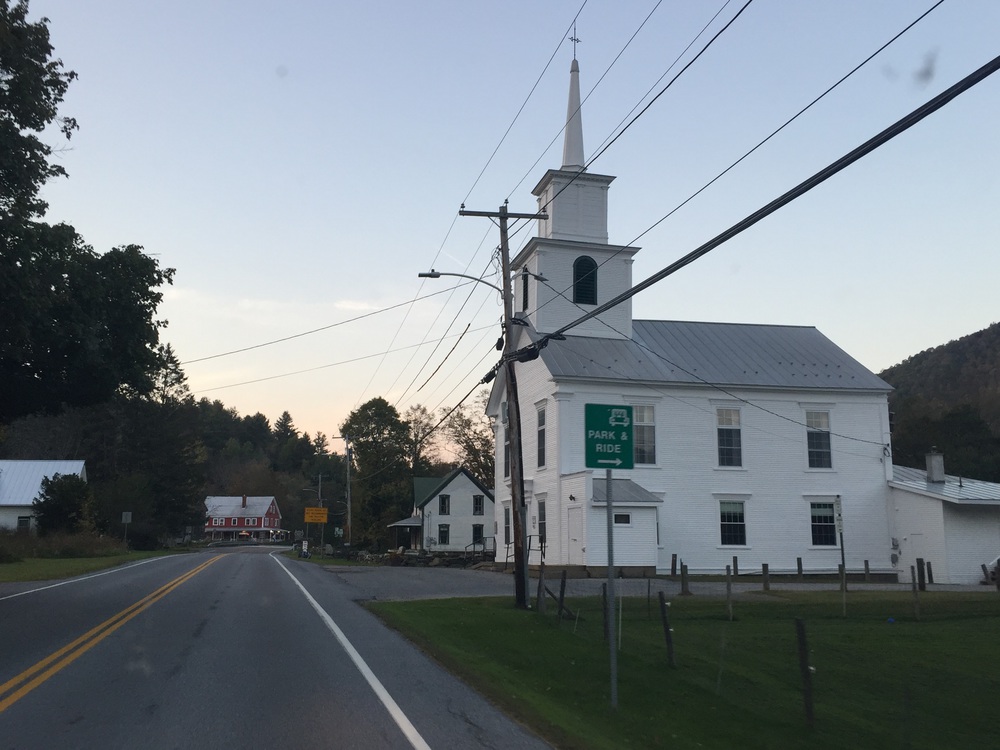 If you aren't familiar with an artist's residency, it is basically a grant that generally provides time/space for artists to work. Through the Mary Sky residency, I had 10 days in a cabin to live and make a new comic.

Although the leaves were changing, the air was still warm and fairly buggy. Up a steep gravel drive to a small tent (housing a generator), past the artesian well and up a dirt trail sat the cabin. 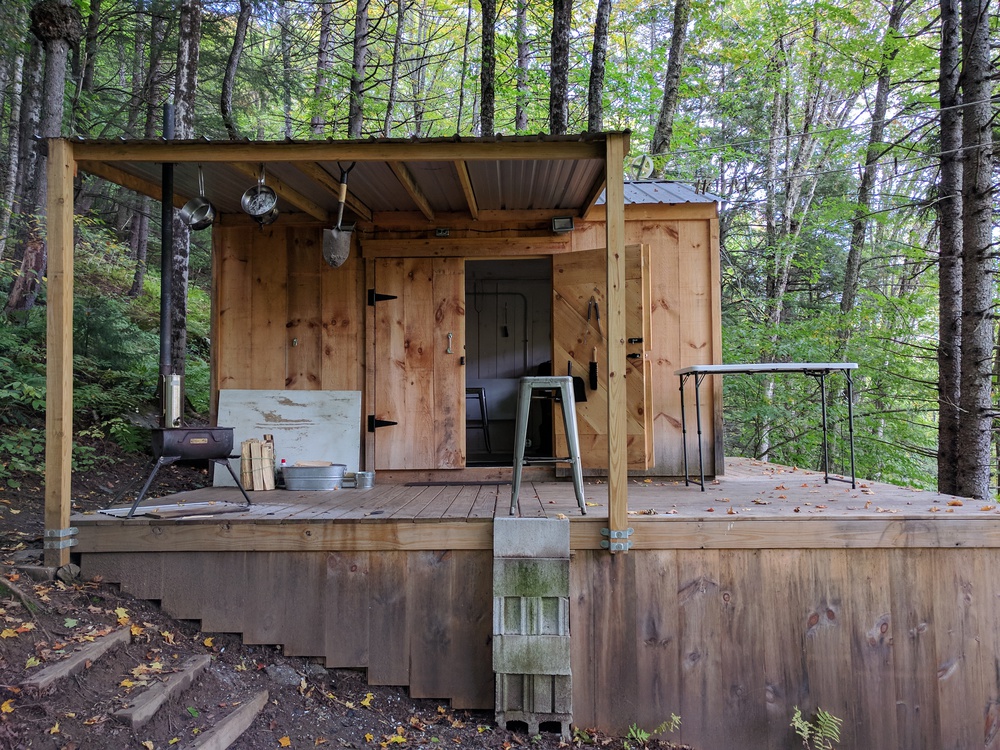 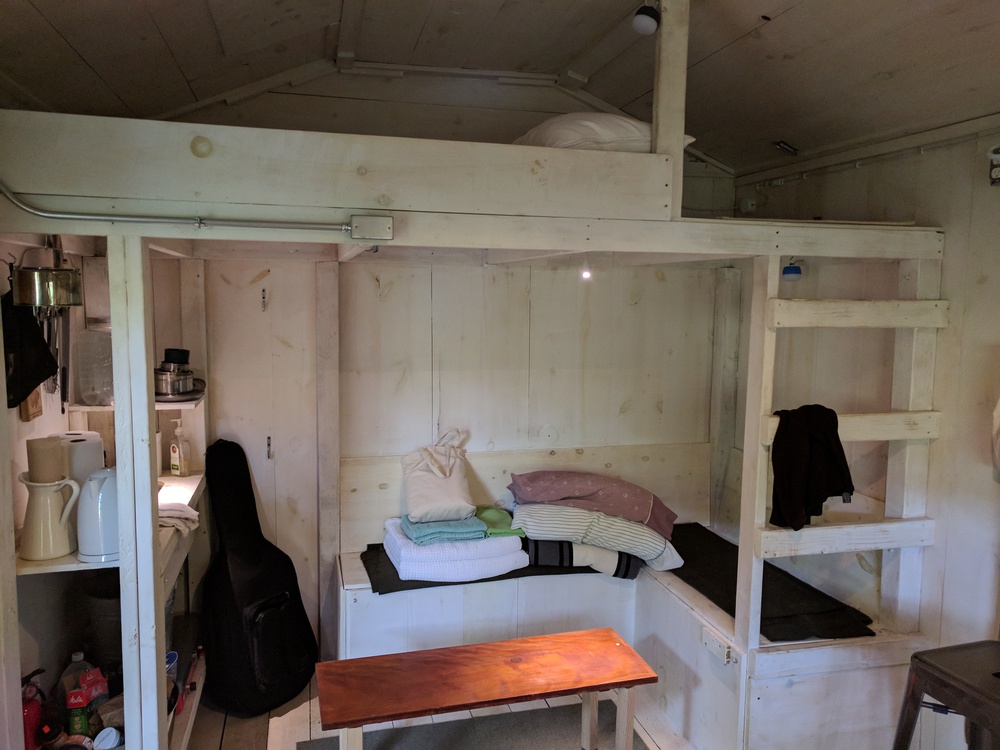 After settling in we drove to the Granville General Store, about 4 miles north, to load up on foods, using about ¼ of my $200 grocery stipend. Most of the residency I ate soup, “cheese sandwiches,” fig newtons and maple candies. Dan stayed the first night, leaving in the morning and allowing me to get to work. After a couple nights, Dan came back and cooked delicious barbequed chicken. 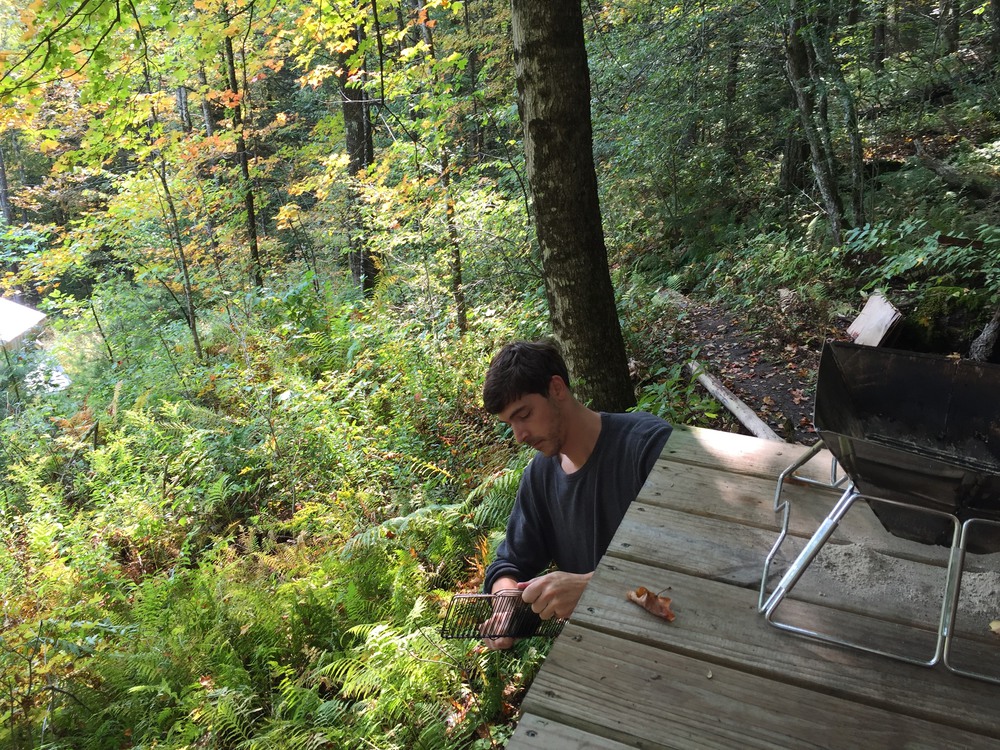 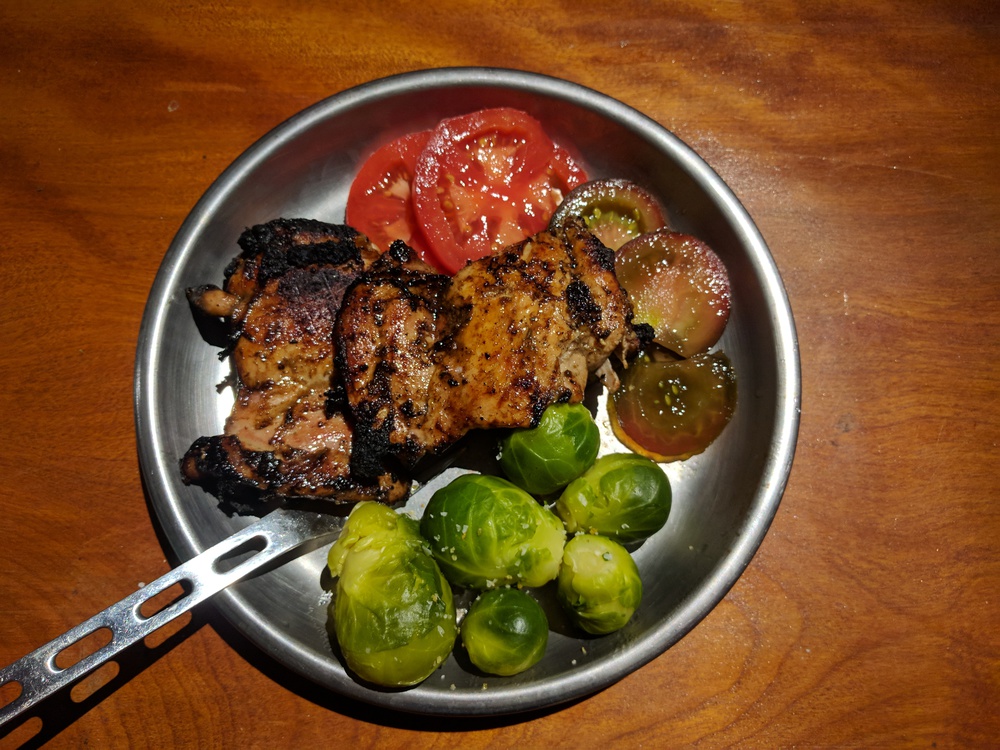 Most of the time I spent alone, getting a lot done. I think I set the bar somewhat high in terms of the amount of work I had to do in 10 days, but I ended up finishing all 20 pages of a new comic. I'm working with the printers now to get the layout set up and hopefully printing will be done within a week or so. 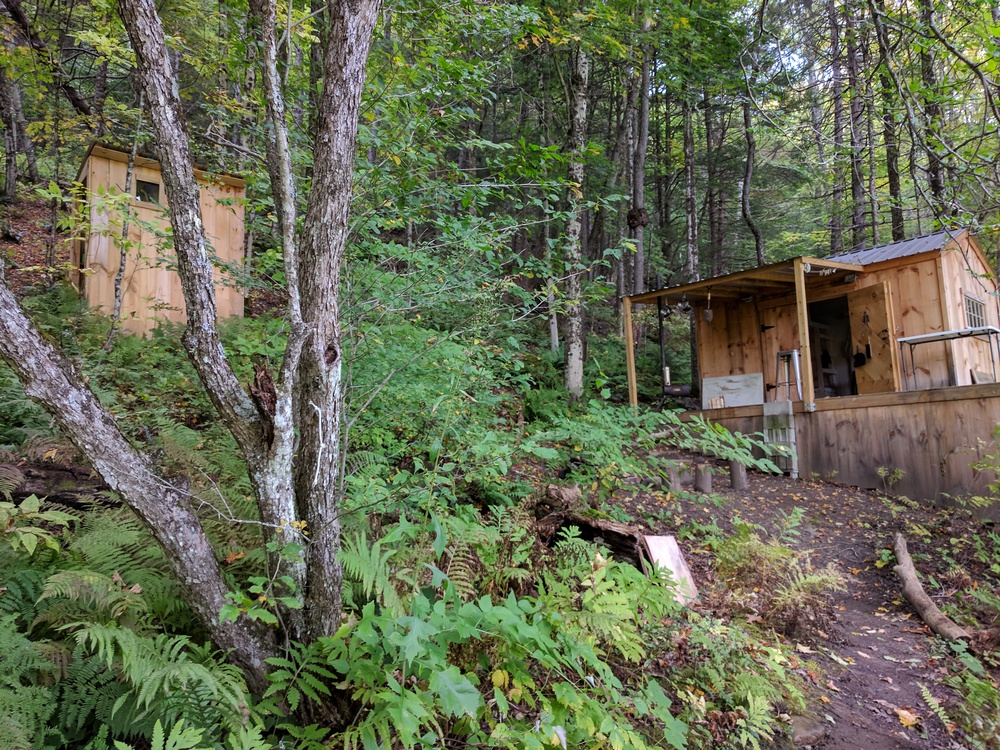 It took around 4 or so days before I really felt adjusted to the cabin. Water was provided by a large jug that I filled up about once a day down the trail at the well. There was a composting toilet in the outhouse and a solar power heated rainwater shower, but I just showered/bathed by using tubs with well water + water heated from the electric kettle since the solar wasn't heating properly. I tried to cook at least one meal a day with the Coleman camp stove, otherwise just eating sandwiches and snacks. 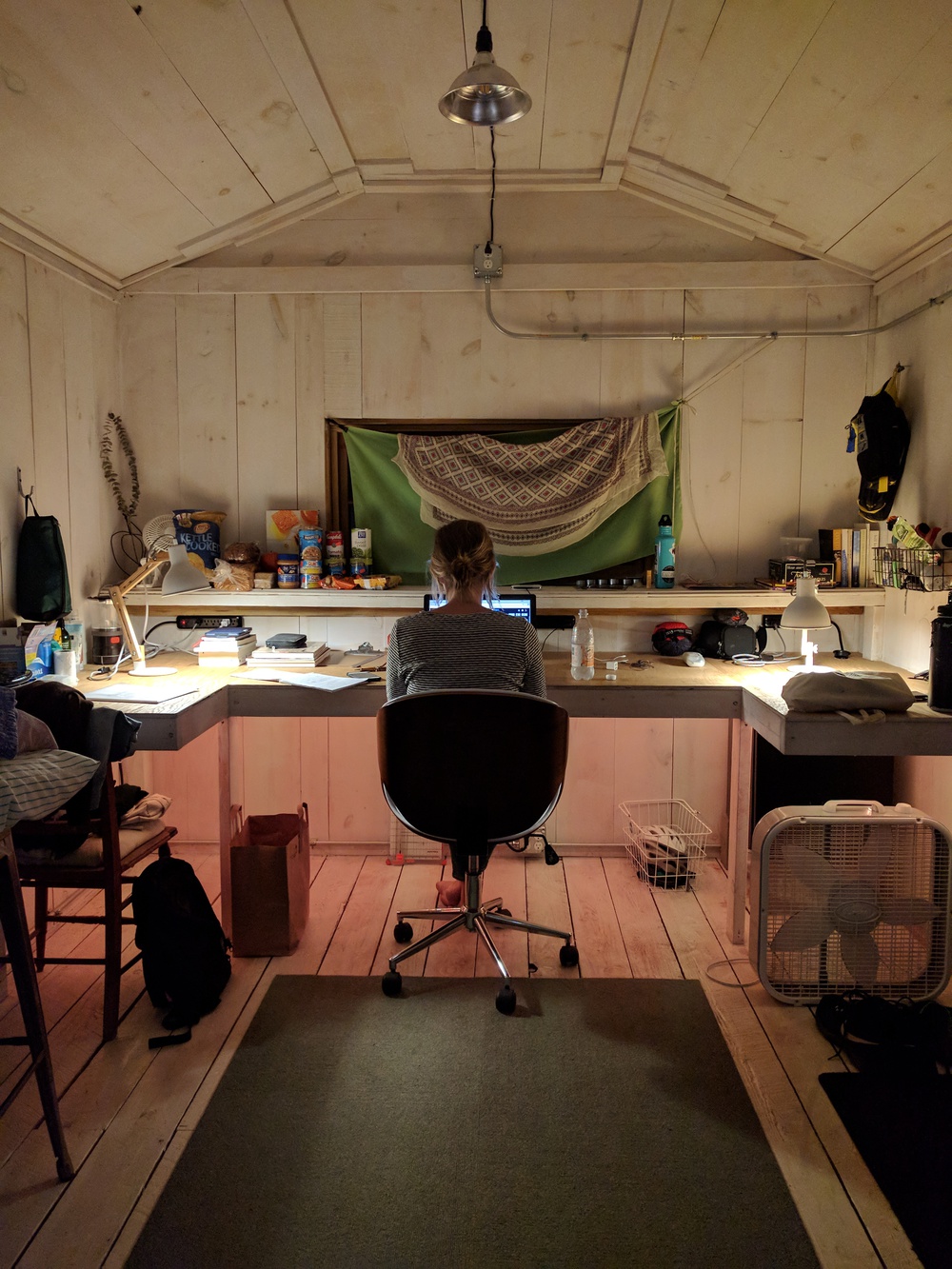 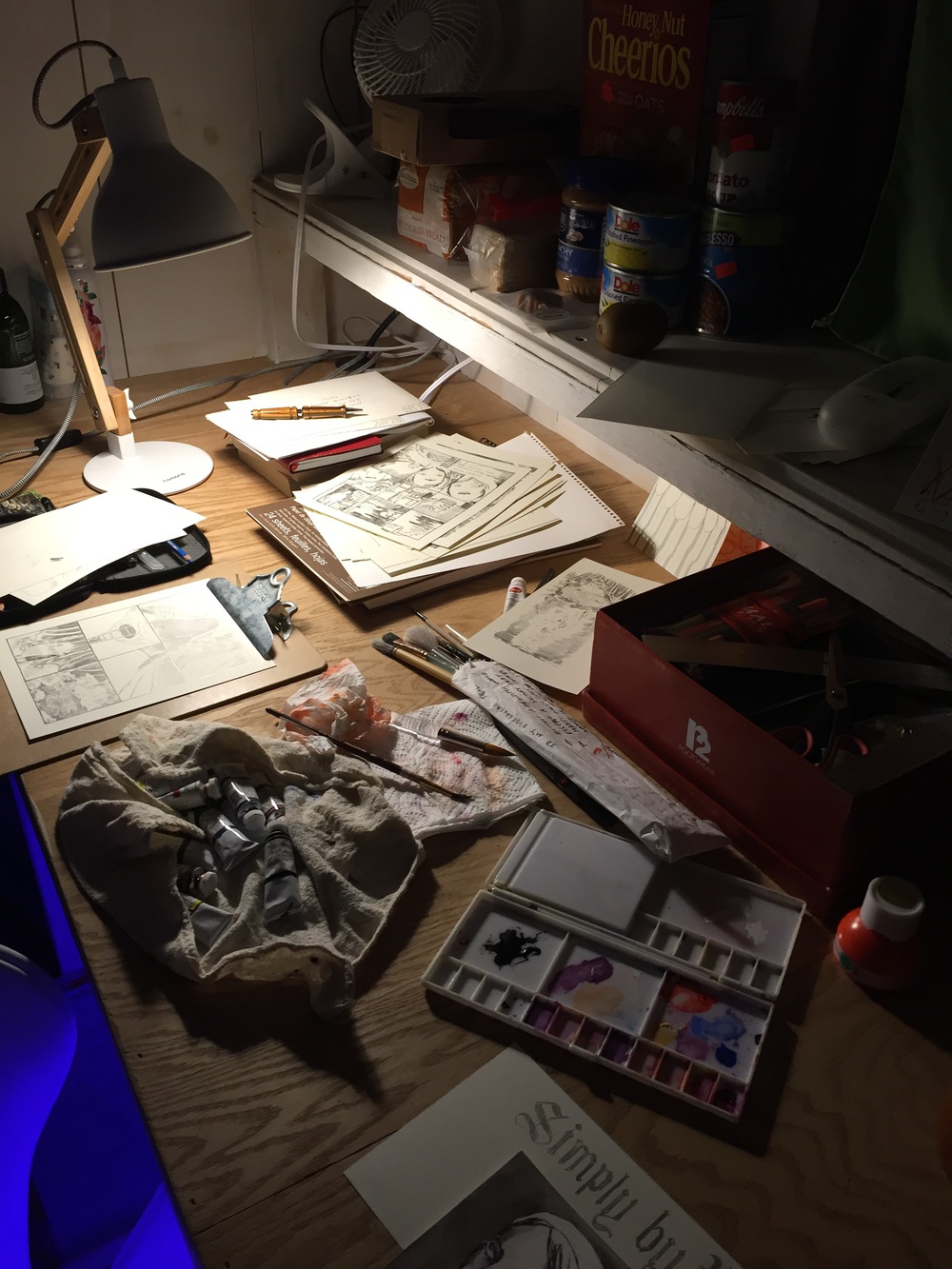 Dan from the loft: 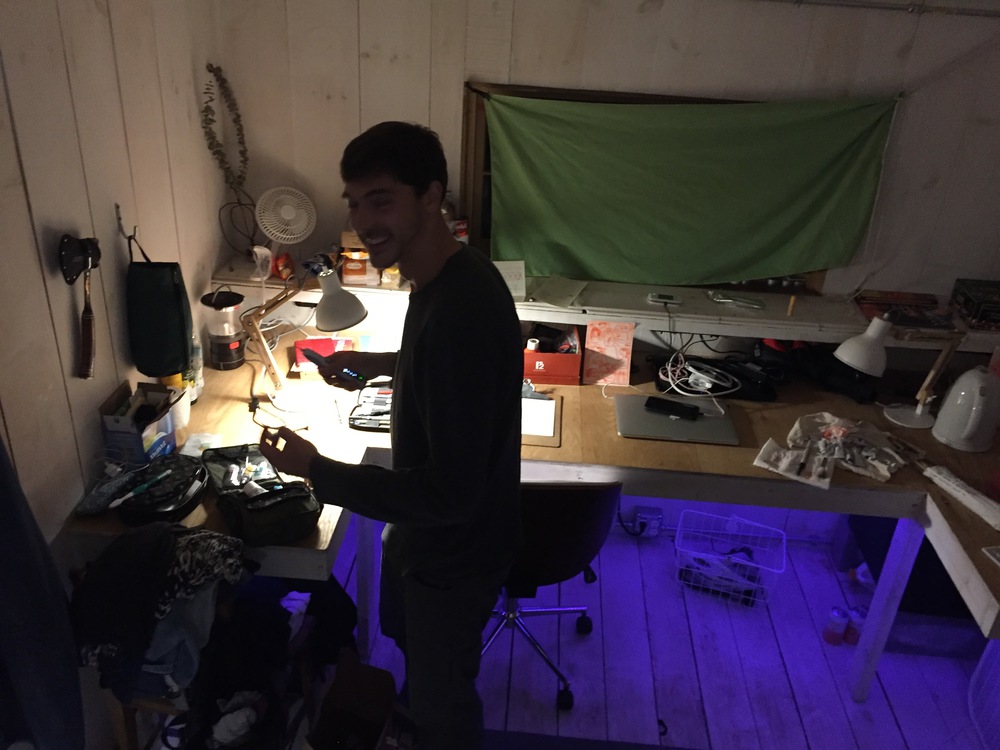 I did get a little cabin-feverish everyday in the afternoon and often rode my bike a mile or so into Hancock to get a sandwich at the Hubbard Country Store or a treat at the Old Hancock Hotel (red building) or to the gas station to buy a couple beers. 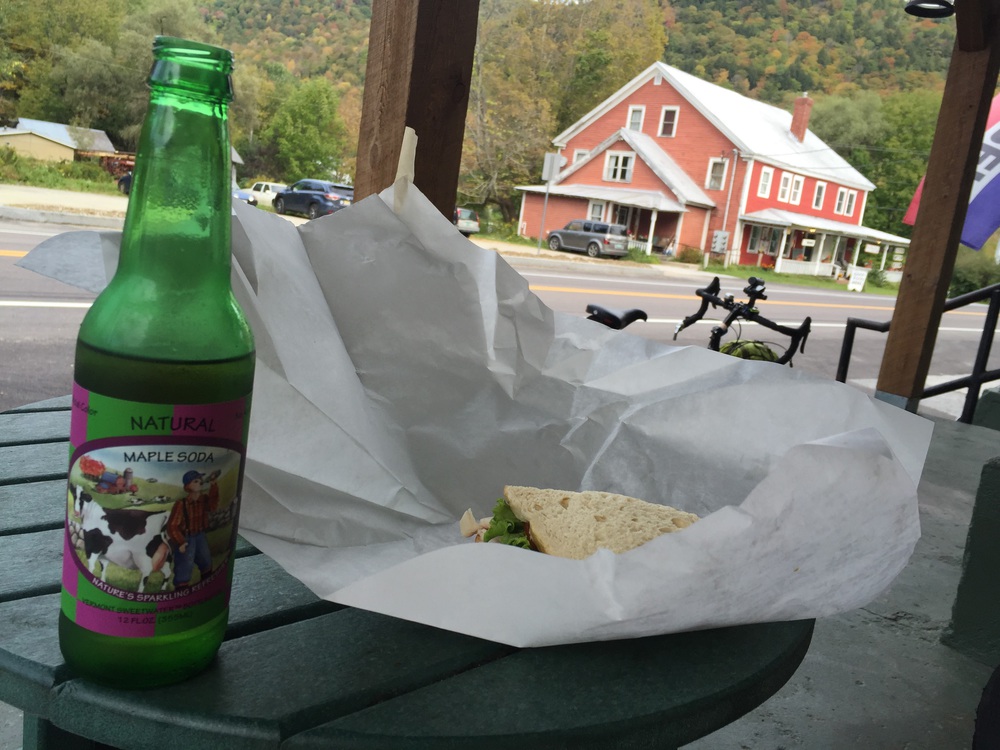 I especially enjoyed the mornings, drinking coffee and building a fire outside, and the evenings after the sun went down, when I am always able to focus better on drawing and getting in the zone. I'll miss having the space, which was a perfect studio for one person. 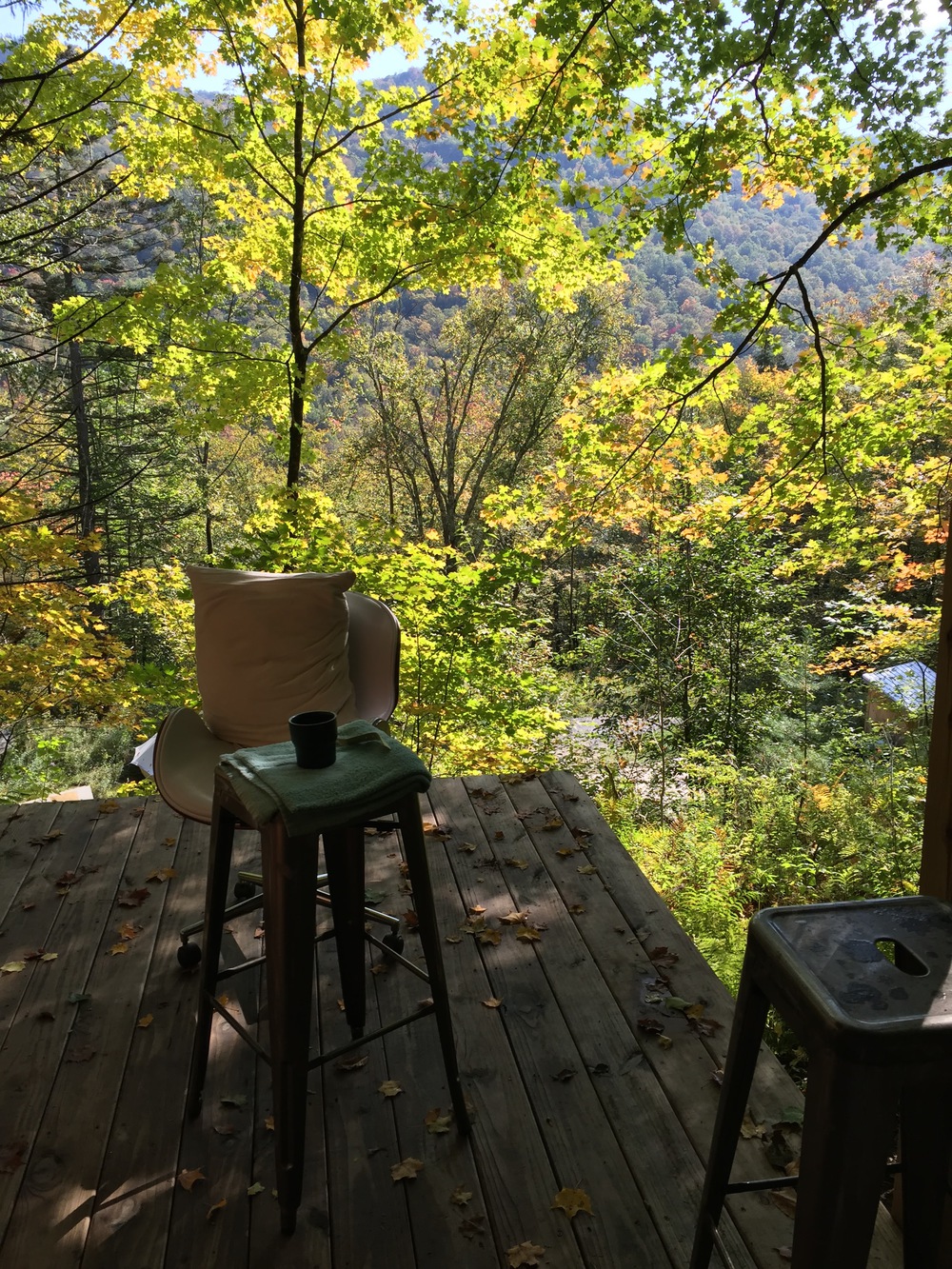 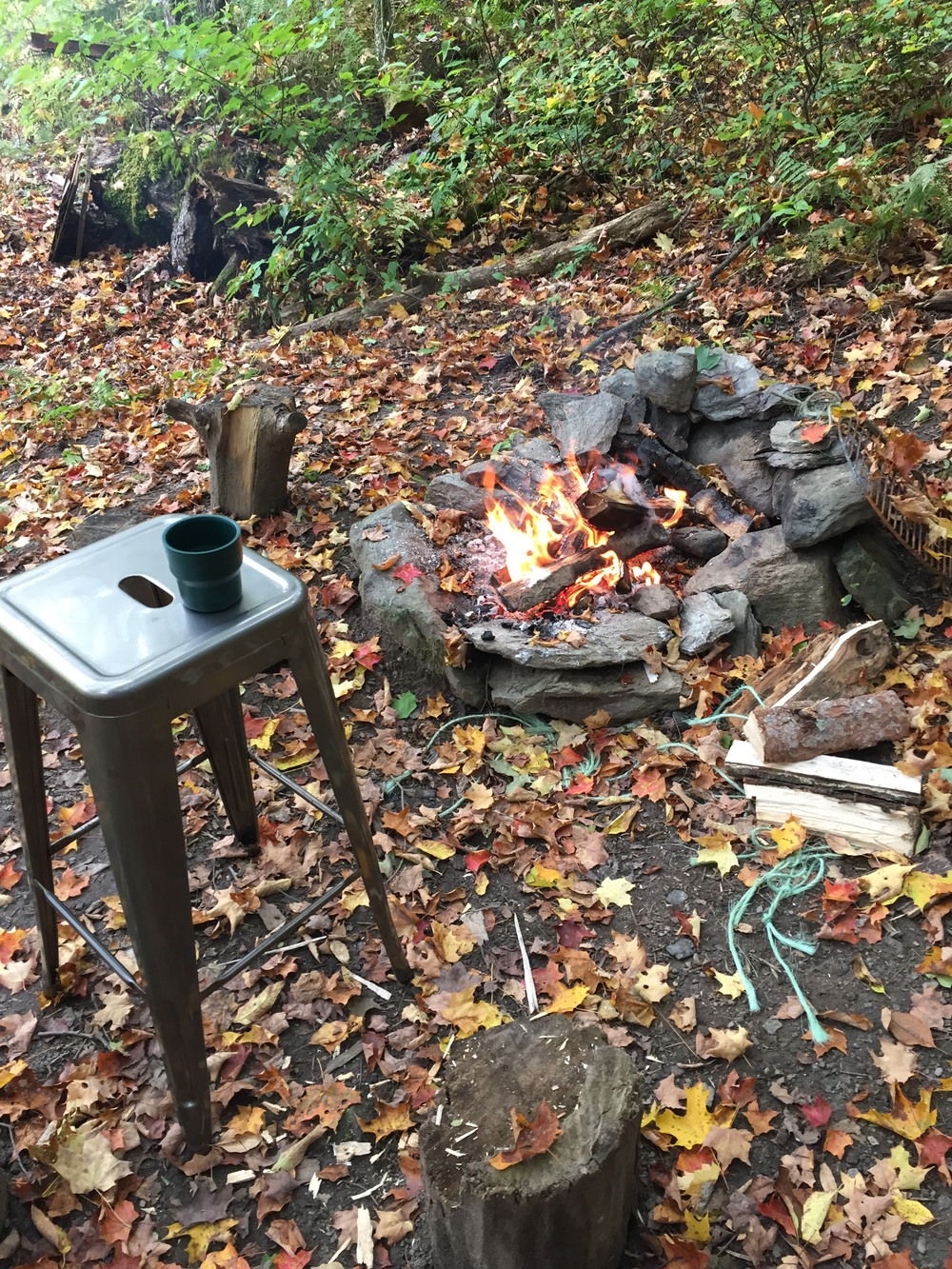 One of the days that Dan came over we took a drive down the road a few miles to Texas Falls, a state recreation area. We had a nice walk in the woods and looked at the leaves changing on the alders. 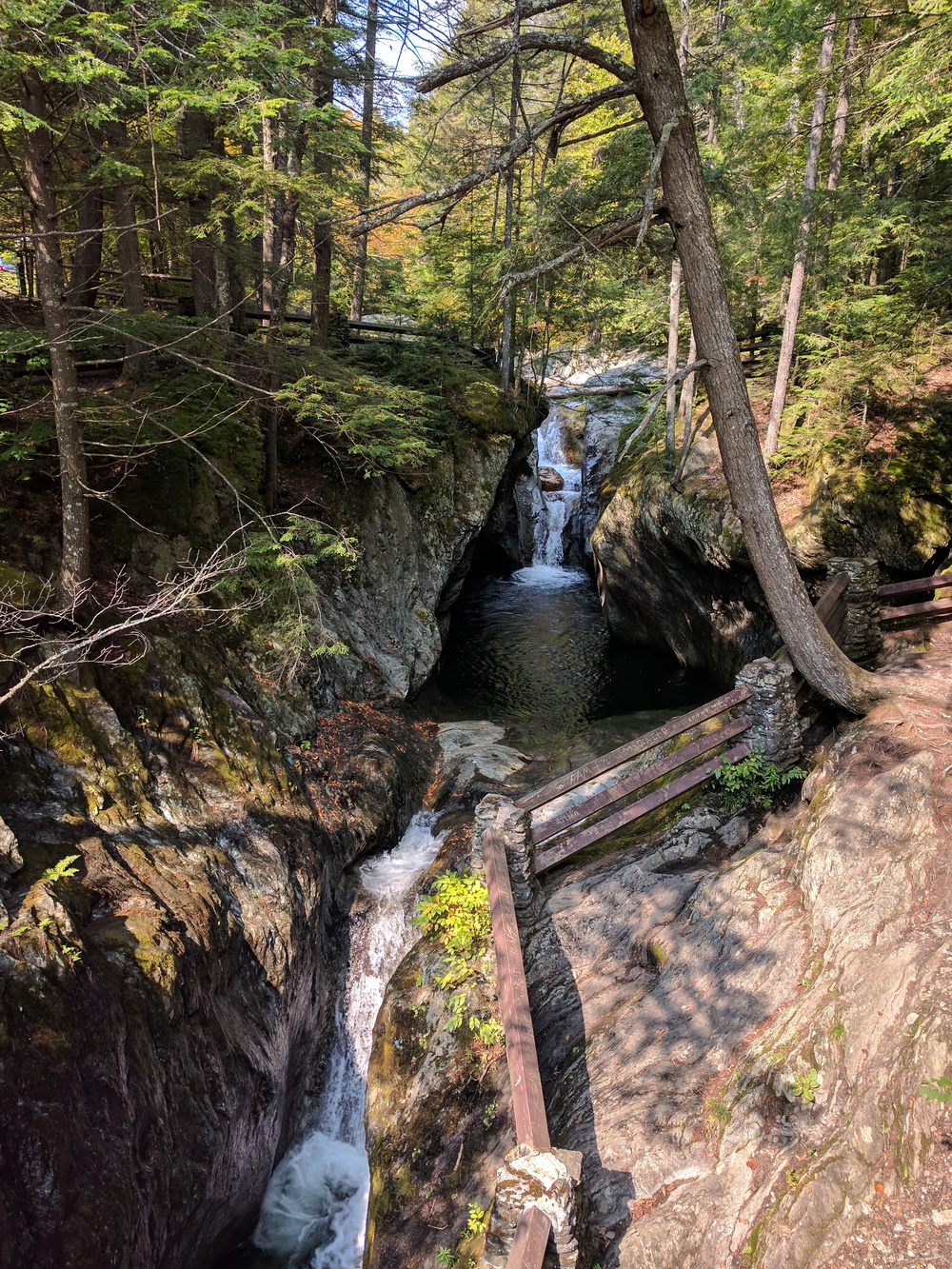 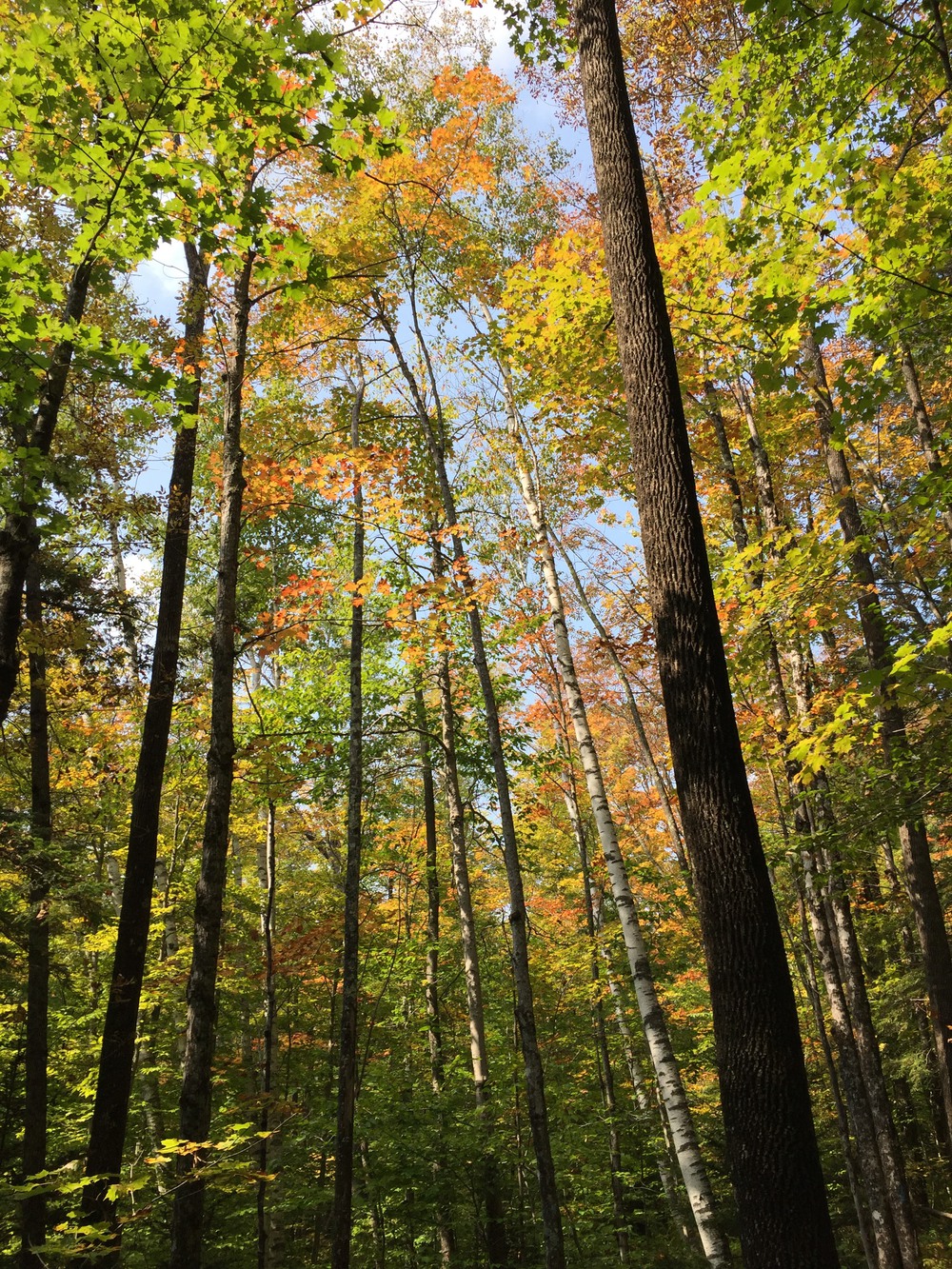 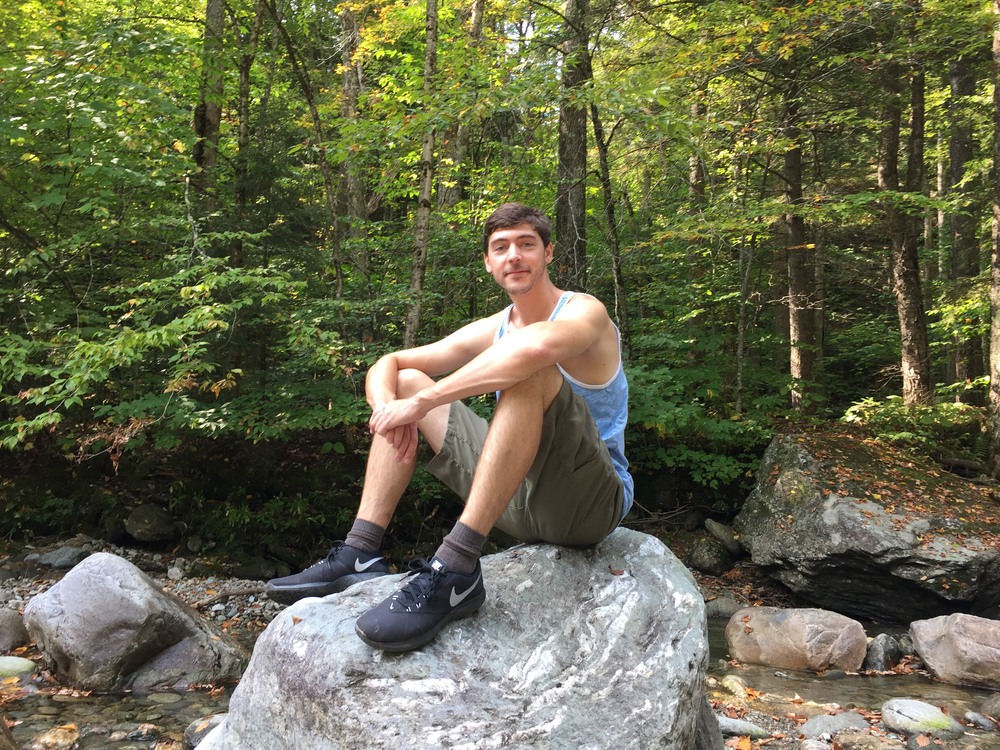 One of the last days I visited the Hancock Library and found some cool old pictures of the town, noting that not a ton had changed. 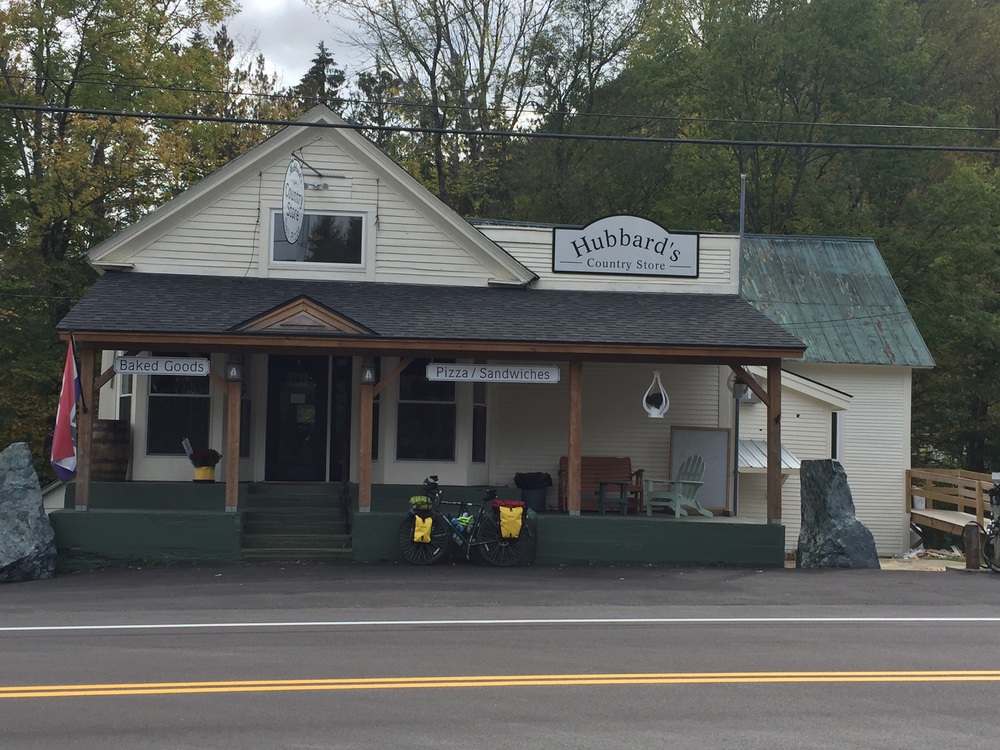 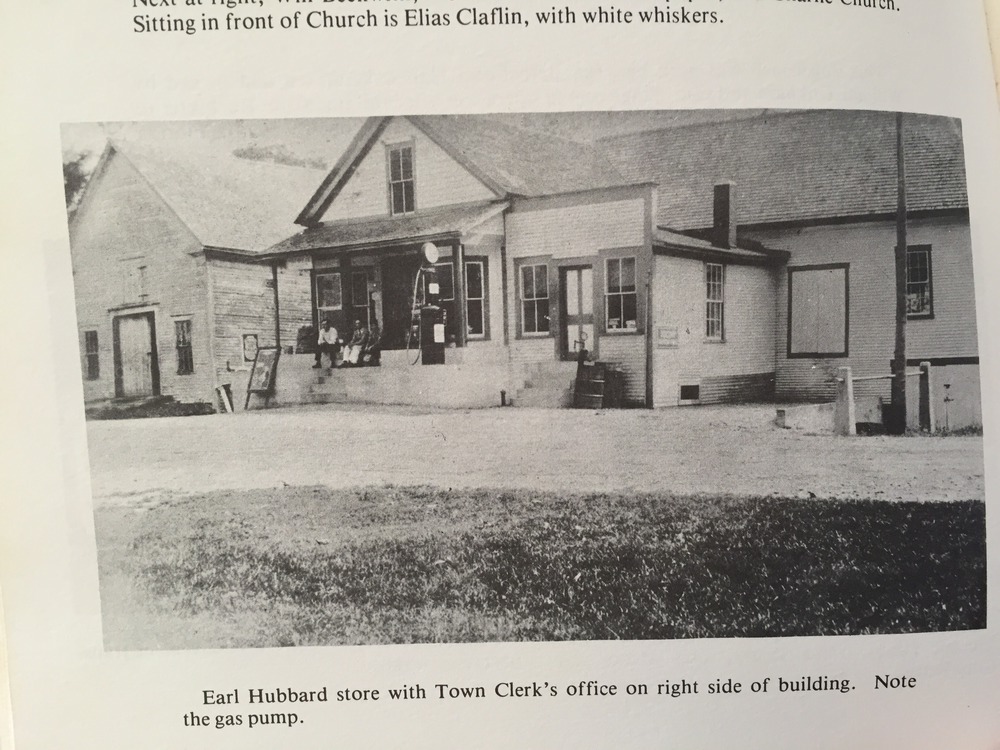 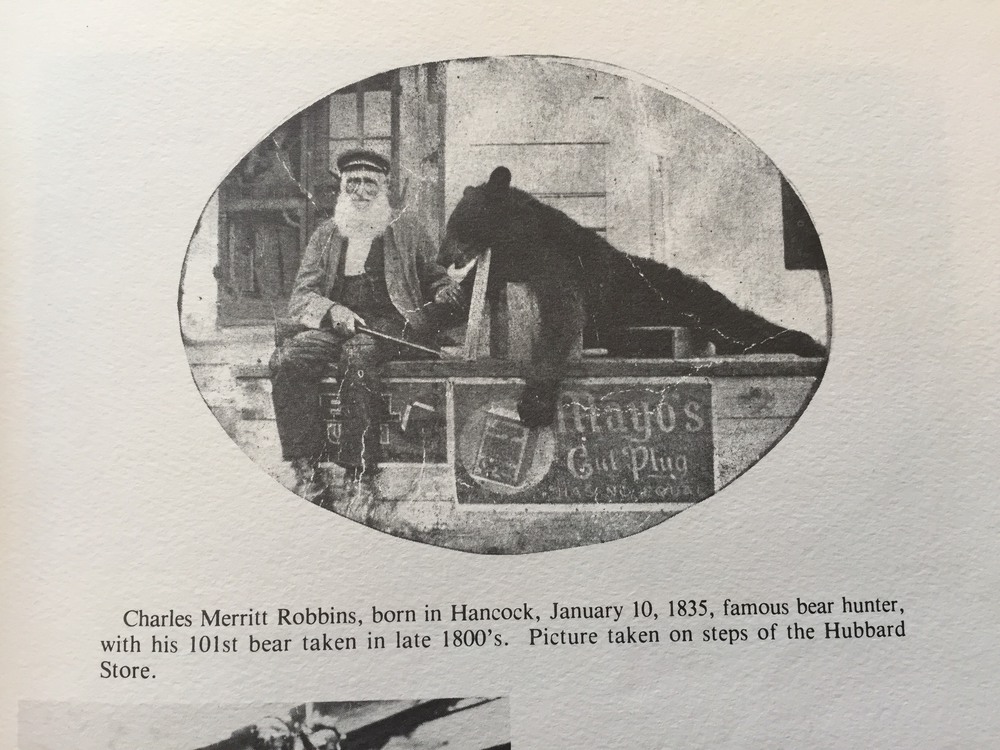 I had a good conversation with the librarian, who showed me a book about Hurricane Irene in 2011 and the destruction it caused in Vermont (which I wasn't really aware of). Basically after all the rain, people's homes and bridges were falling into the swollen rivers, towns were cut off from resources and caskets from graveyards even fell into the river and floated downstream. It took a while before things were back to normal obviously, similar to any city that experiences the destruction of a hurricane.

Anyway, after spending 9 nights in the cabin, I was ready to get back into the van. Ultimately it was a really good experience and I'm happy I did it. I got a lot one and spent a lot of time alone (although I did have the Lord of the Rings movies to keep me company). I'm very pleased with my output and new comic about a nun: “Simply By Will,” I'll post a link when it's ready. 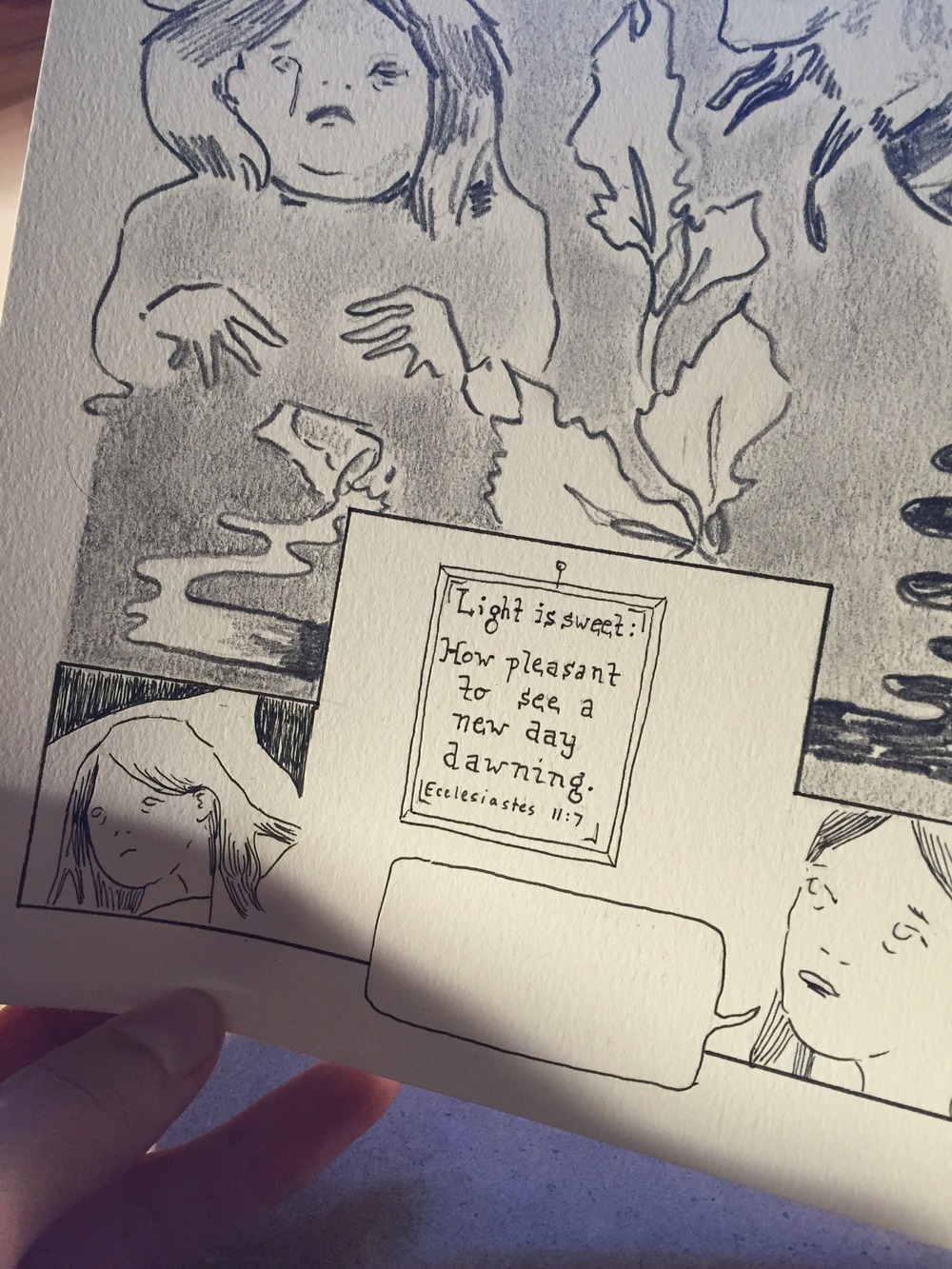 Before leaving the area, we took a bike ride down to the Granville store to use up more of my stipend, stopping at a farm stand (which was basically cleaned out) on the way back. Vermont is scenic. 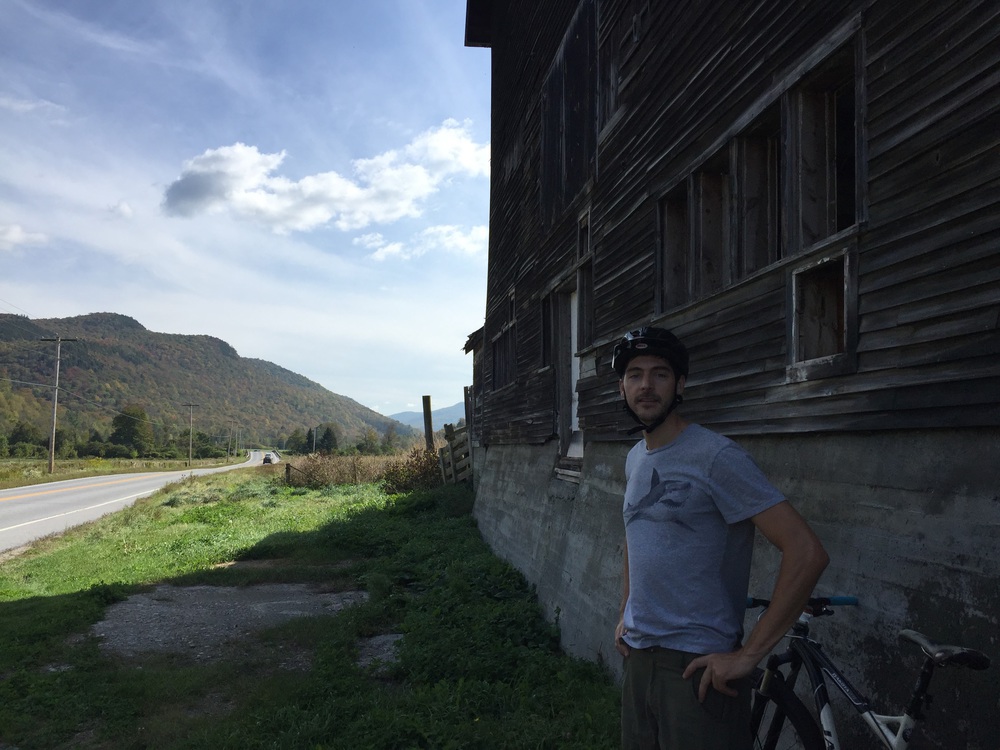 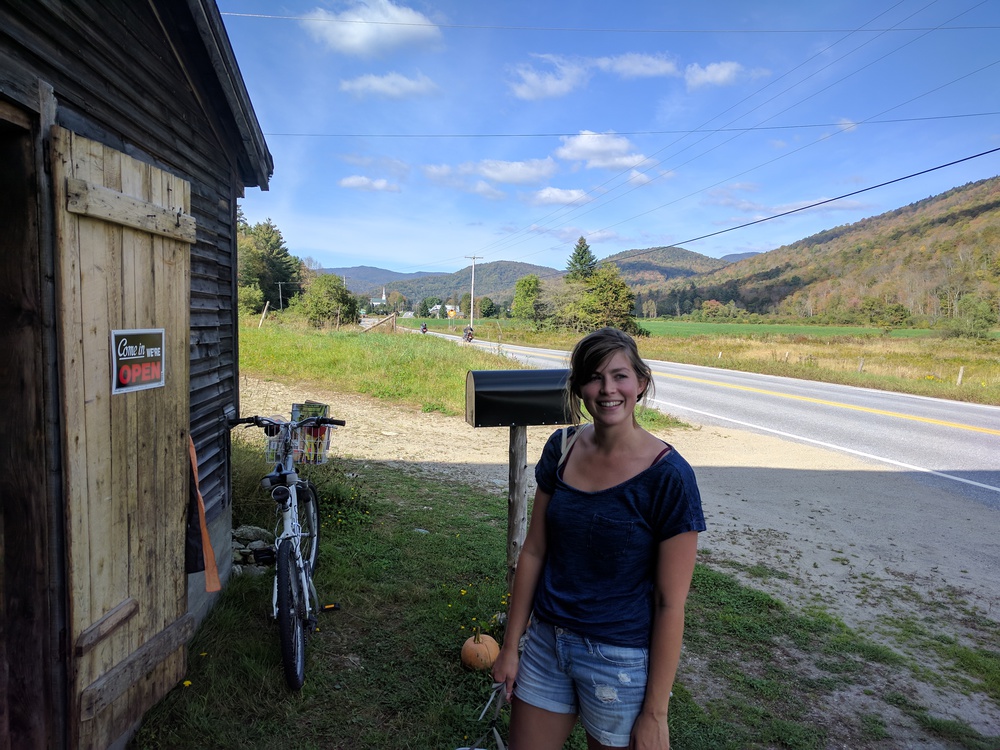 It felt good to be back in the van and continuing on our way on the 22nd.