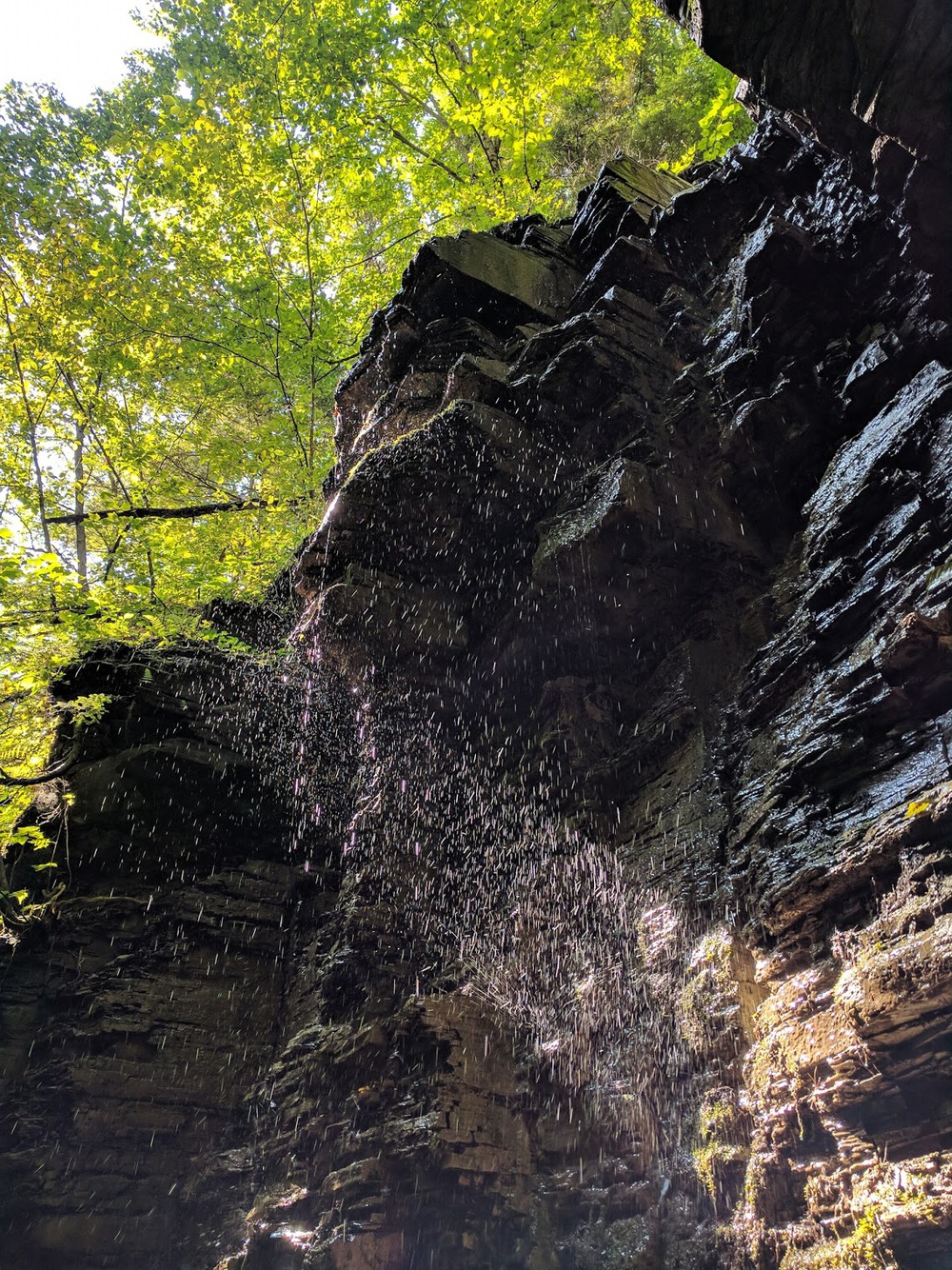 Our next stop was further east in the Finger Lakes to one of the most popular state parks in the area: Watkins Glen. After getting our site set up, we walked a mile or so down to the trail in the prettiest area of the park. 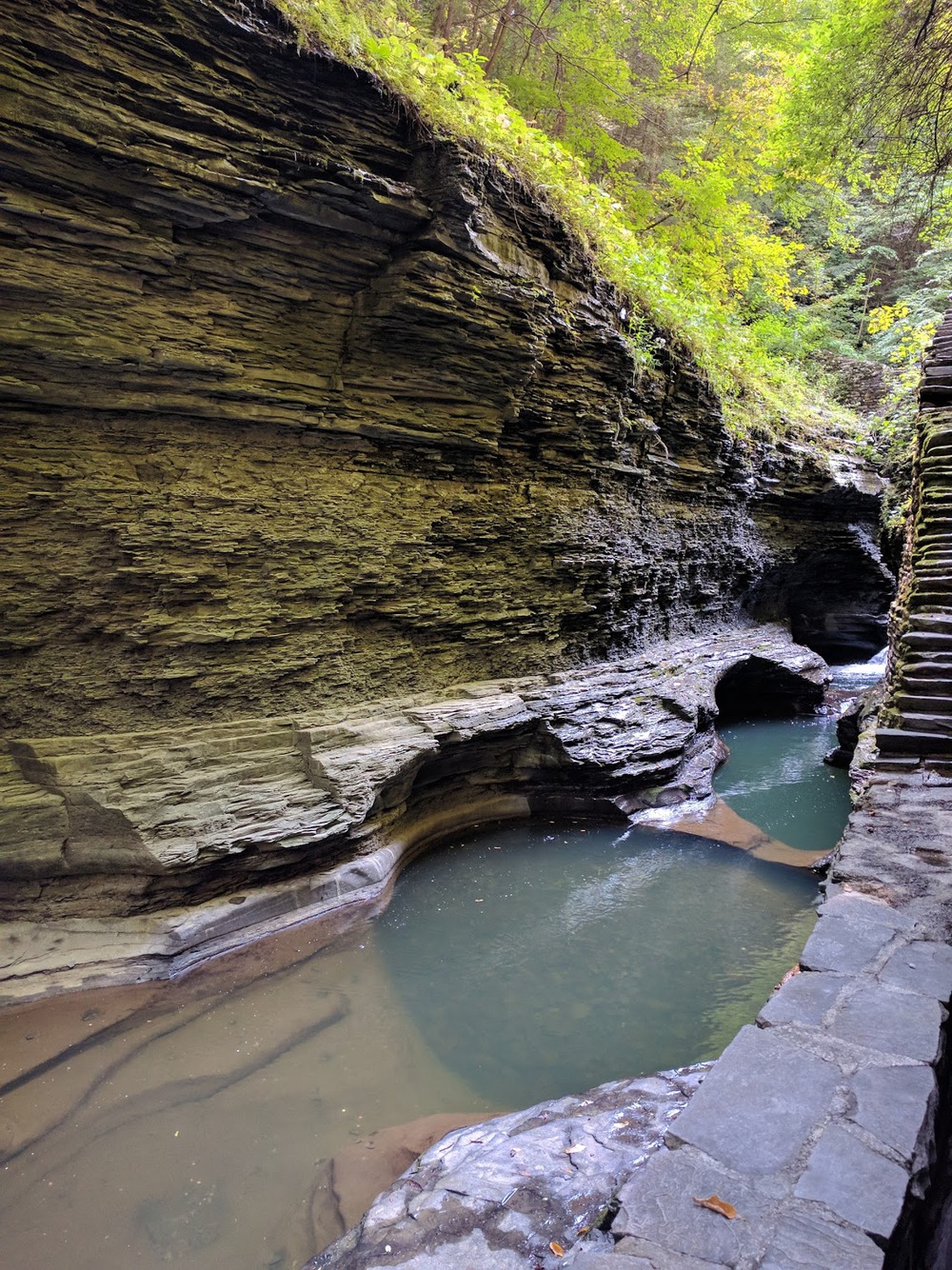 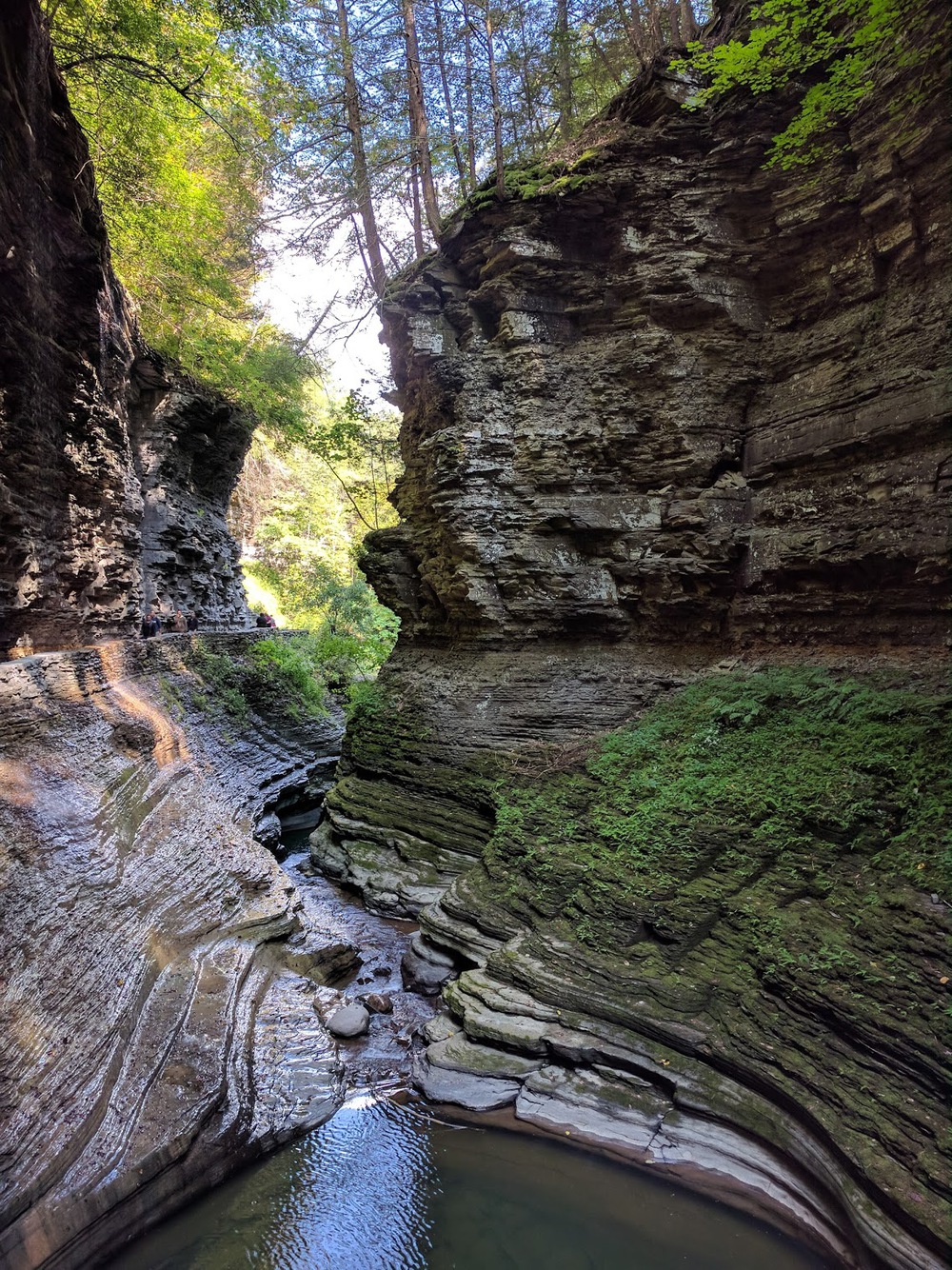 This trail, which winds along the gorge, follows 2 miles that include 19 waterfalls and 200 foot shale cliffs, gouged by the moving water over the centuries. It is very impressive. 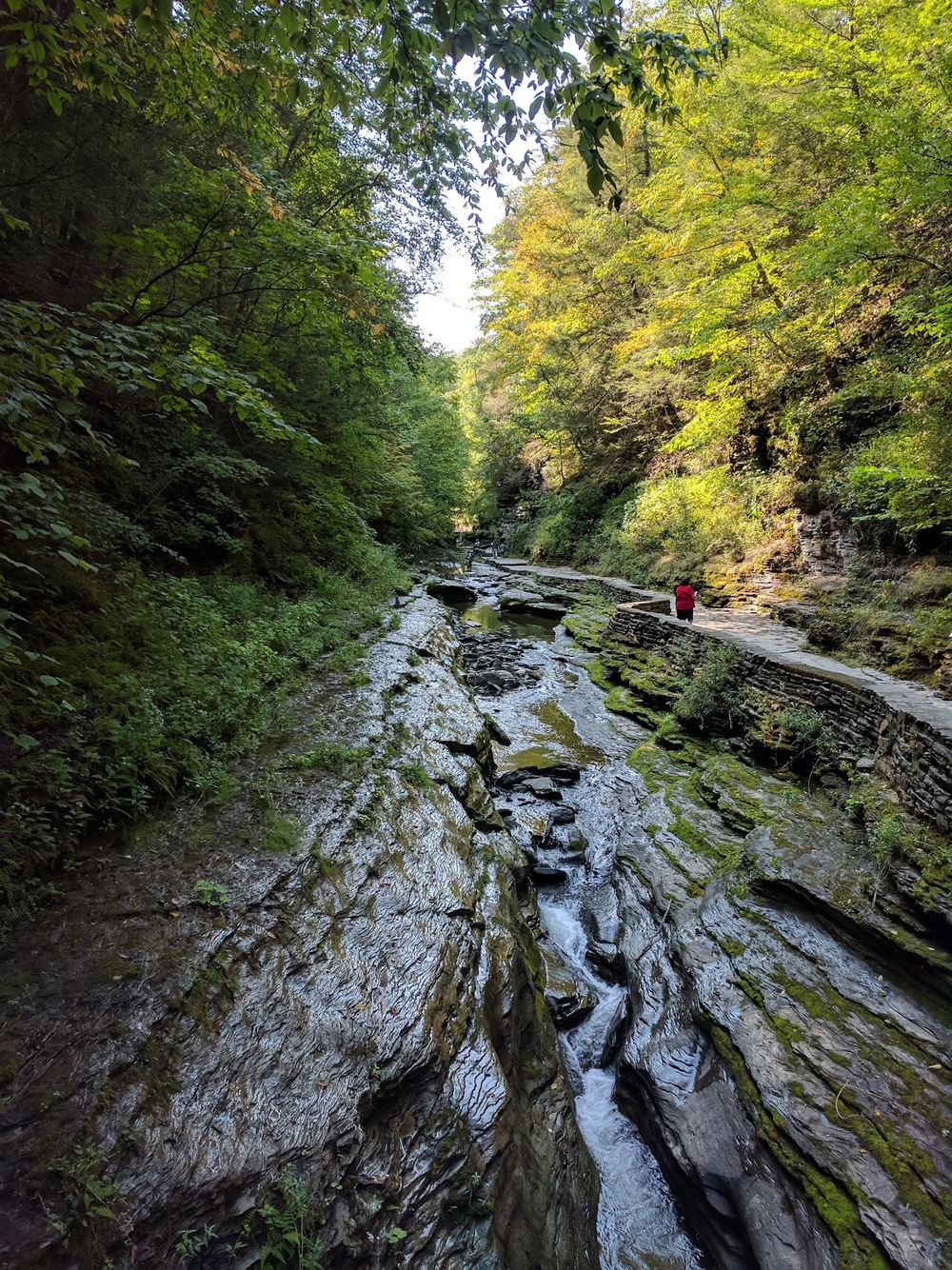 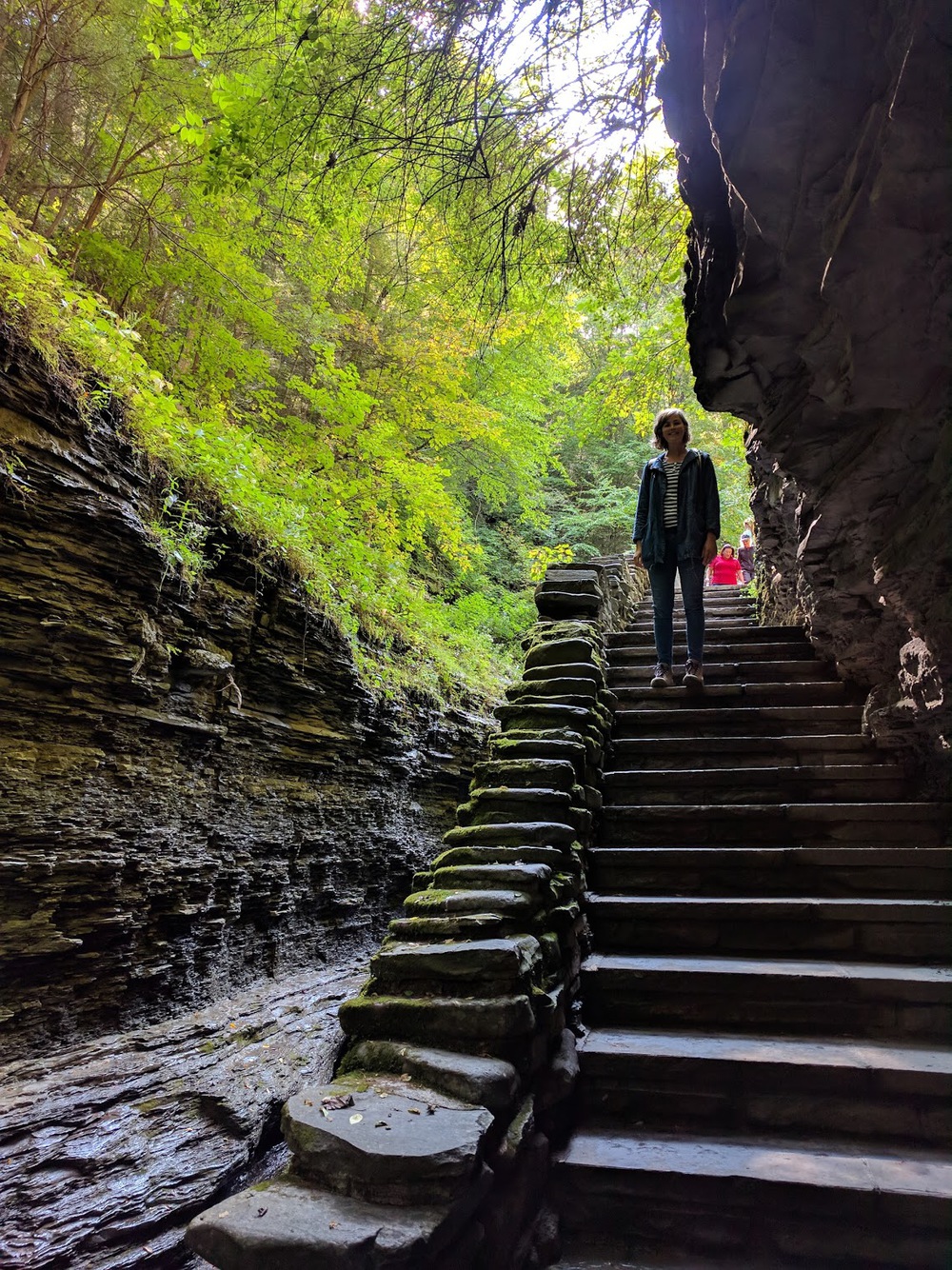 We were able to walk behind a couple waterfalls, down a spiral staircase cut out of rock, and over multiple stone bridges while taking in the rock cliffs and flowing stream. 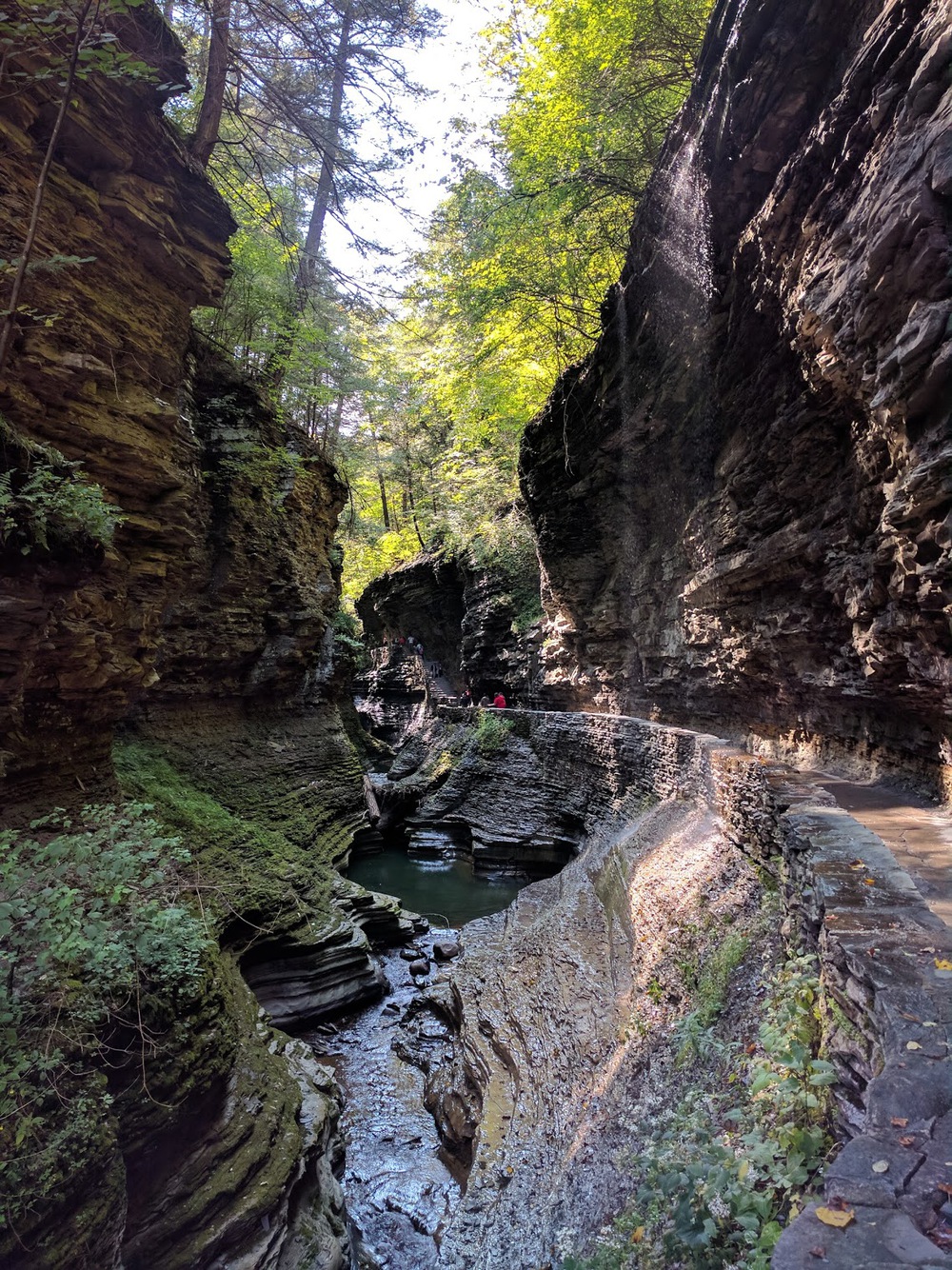 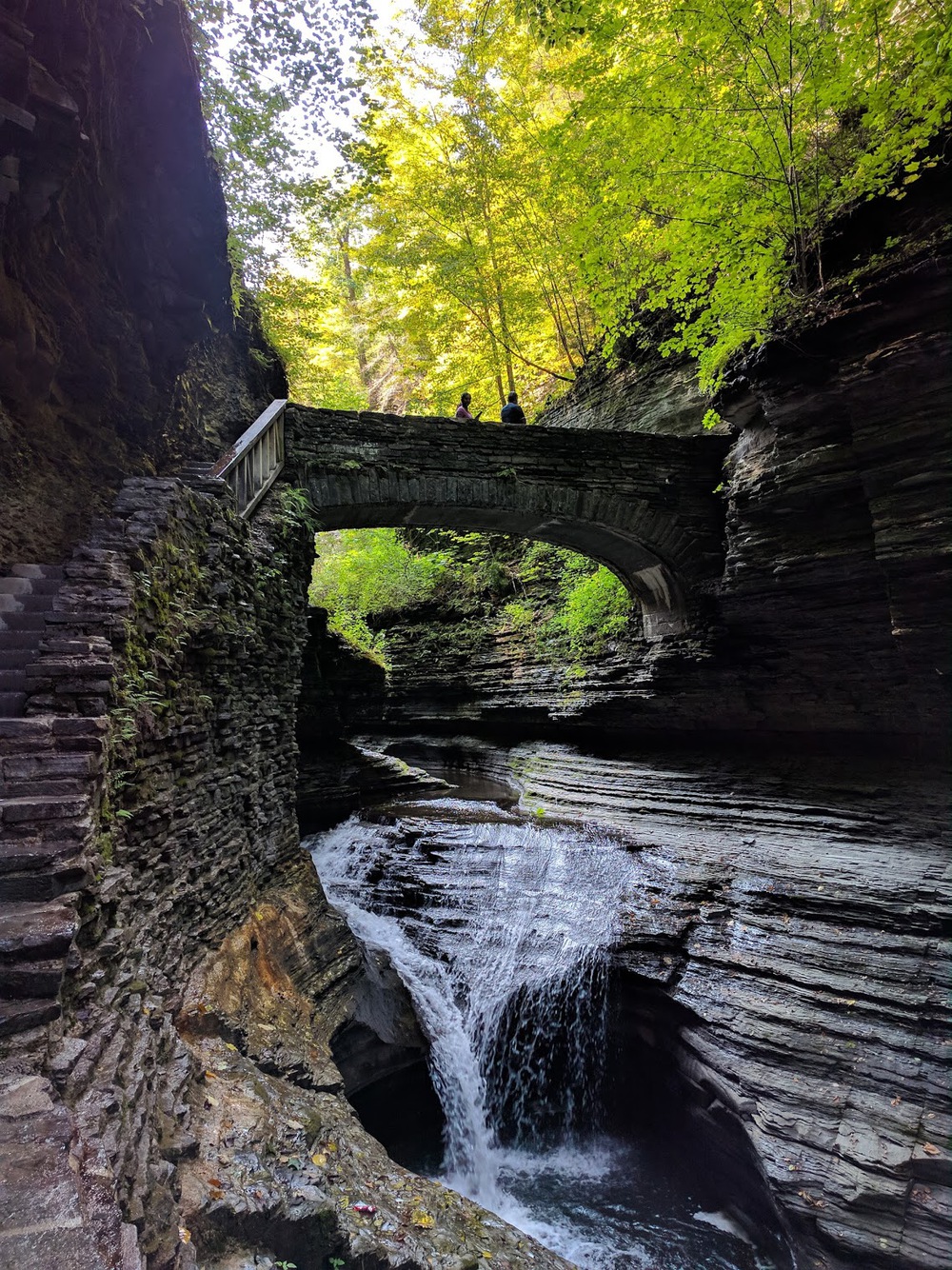 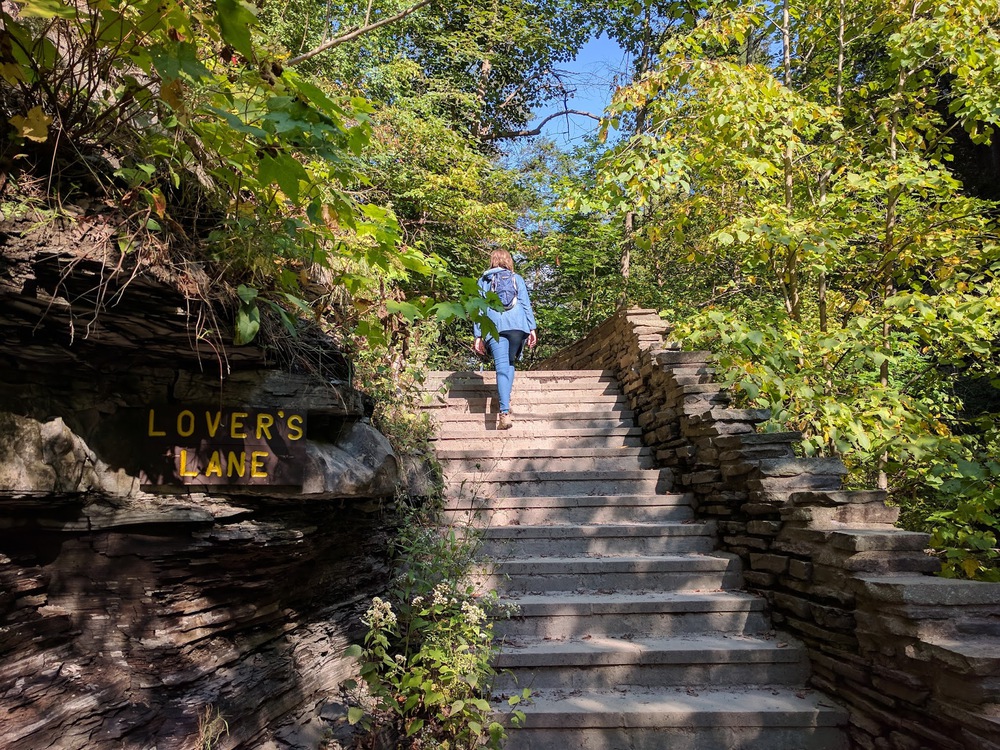 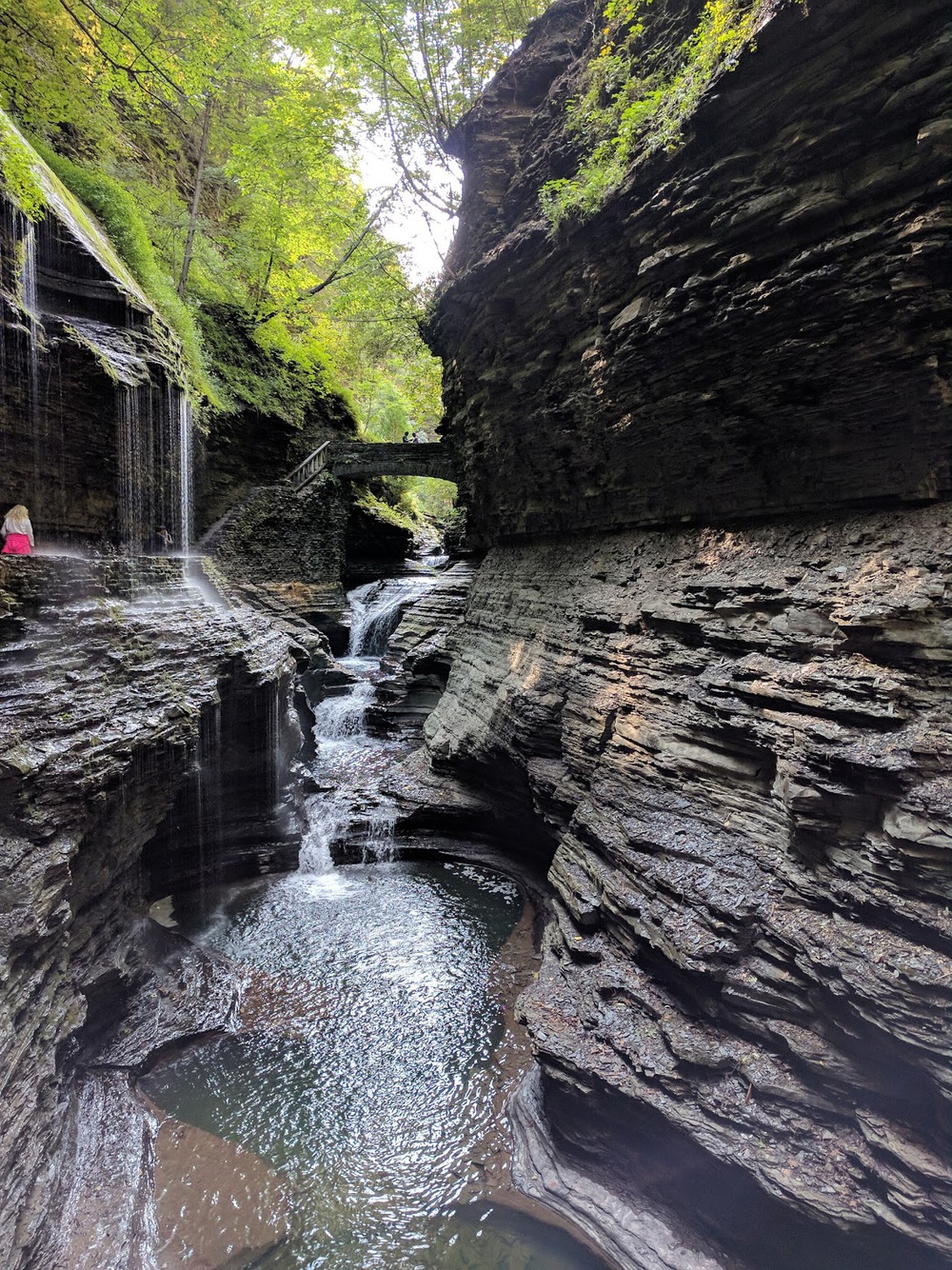 It really felt like a magical fairyland or a set from Lord of the Rings. The fall colors were starting to come out but it still felt like the end of the summer. 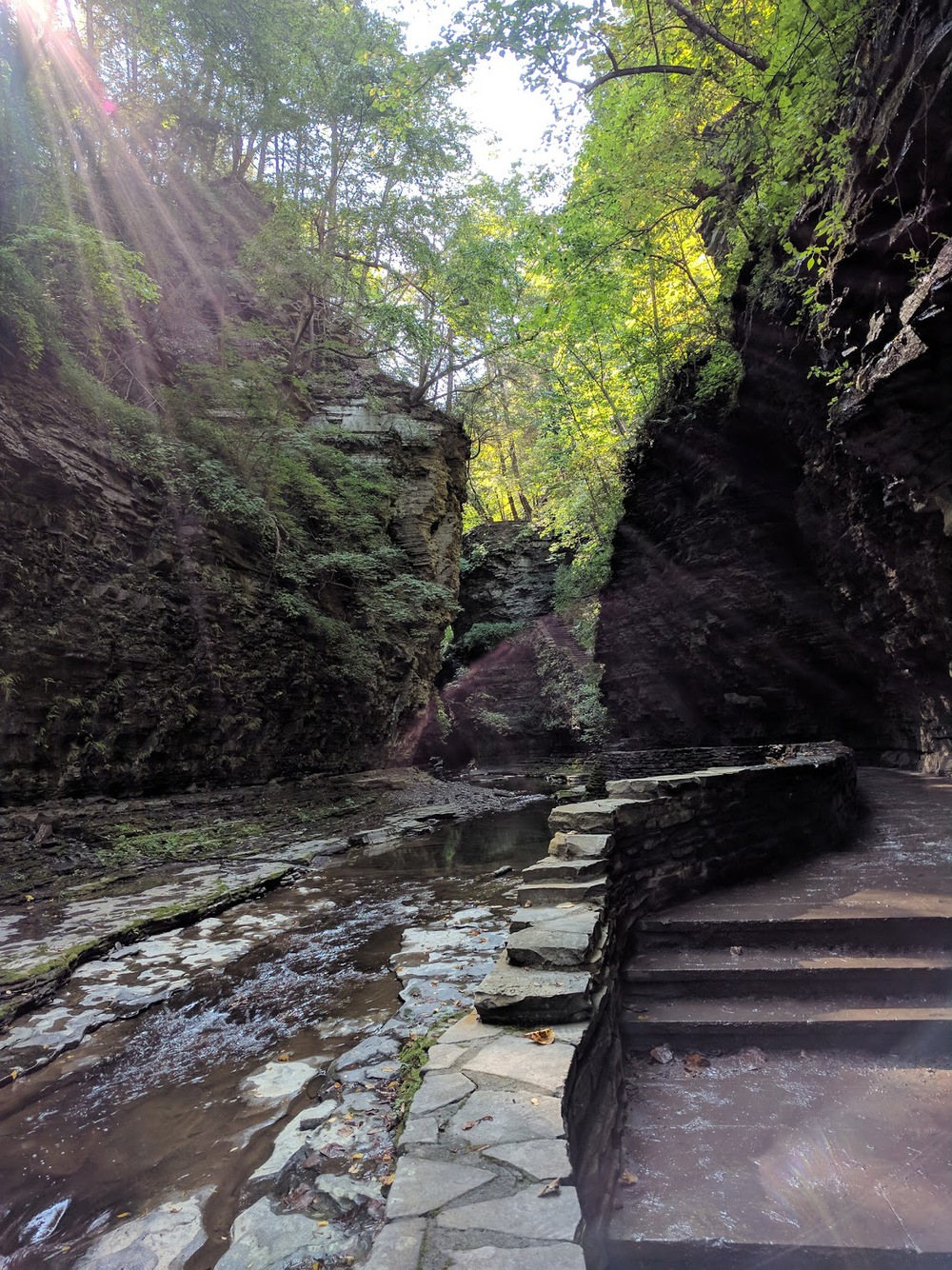 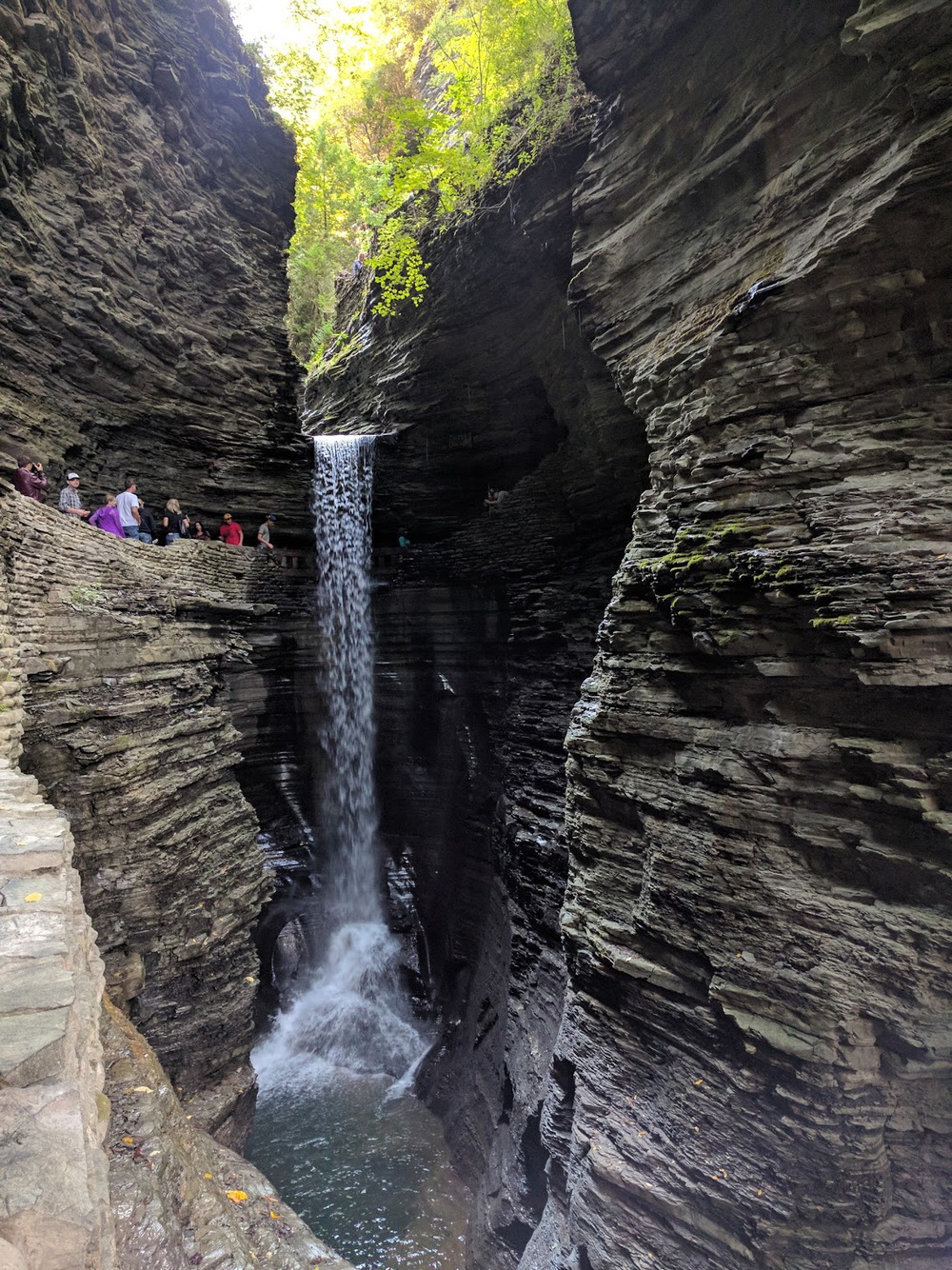 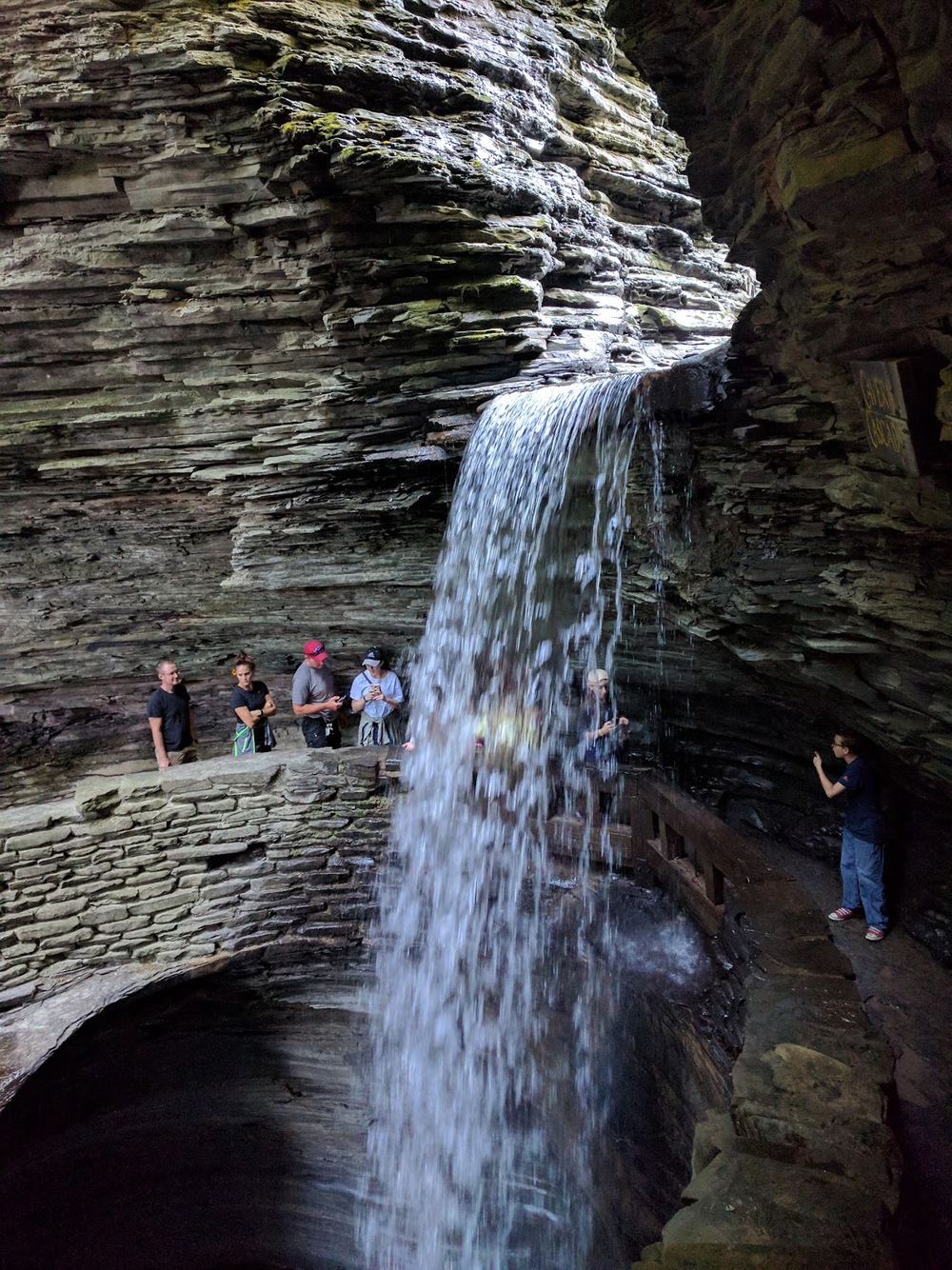 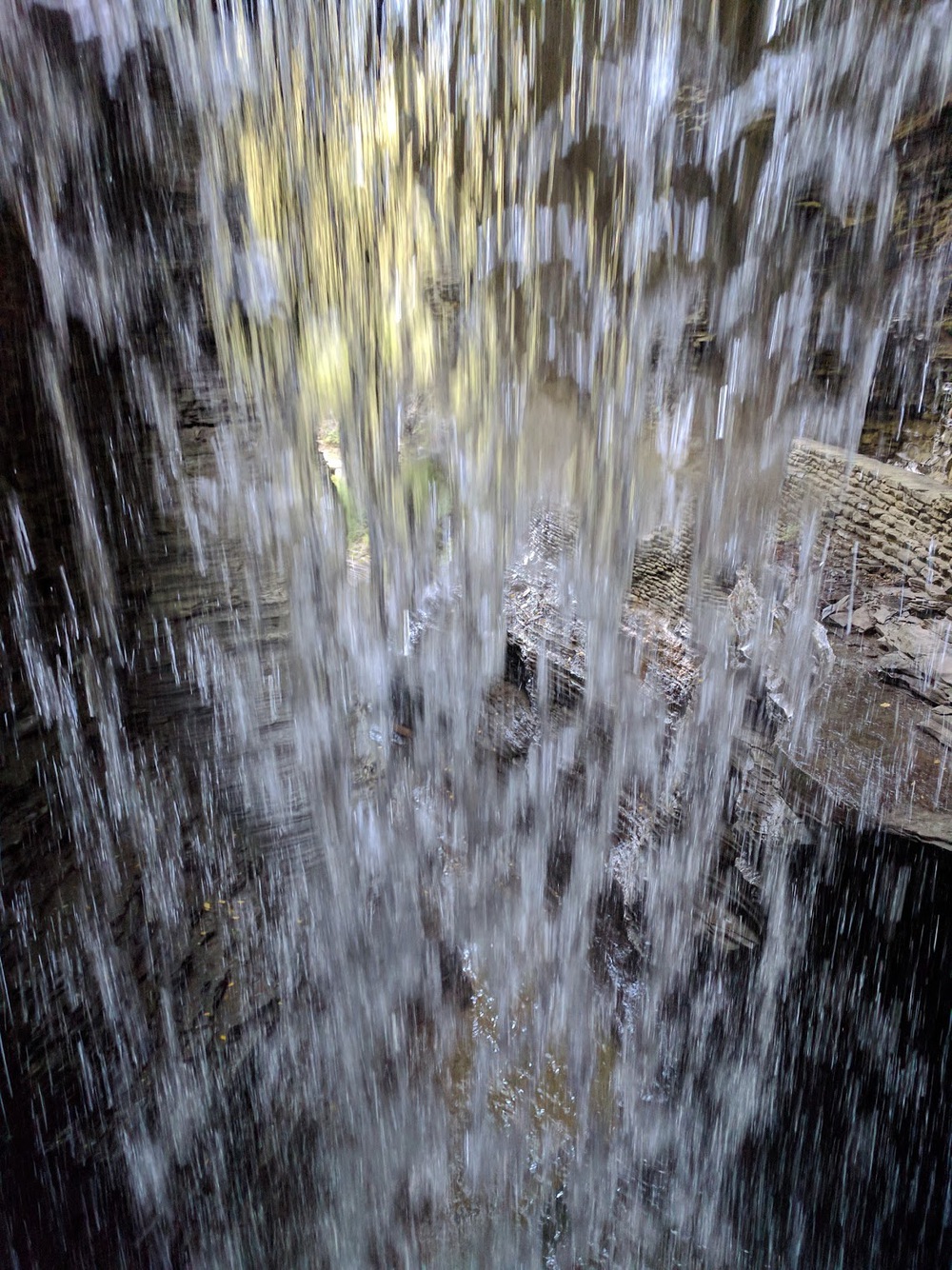 I'll let the pictures do the rest of the talking. 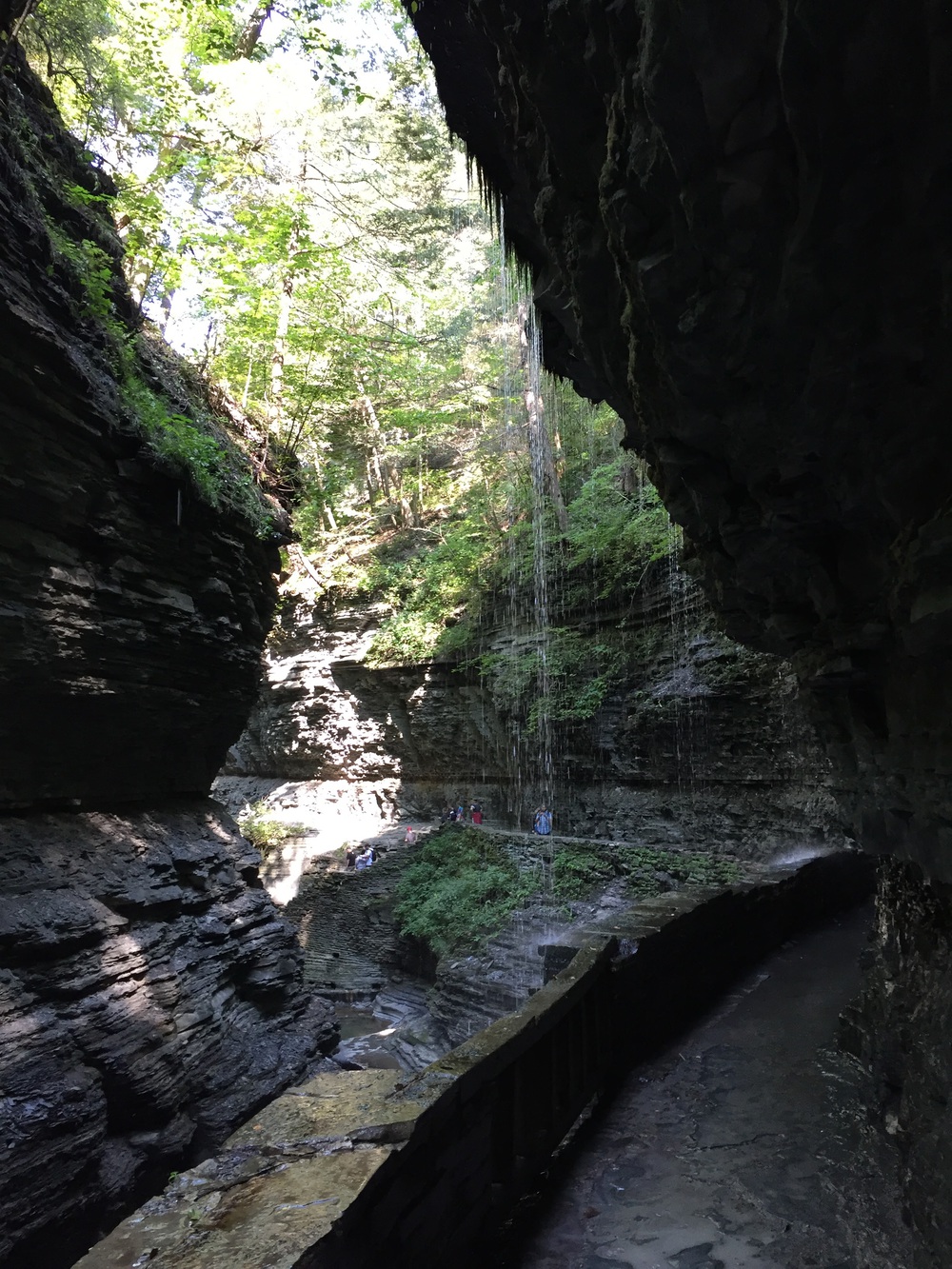 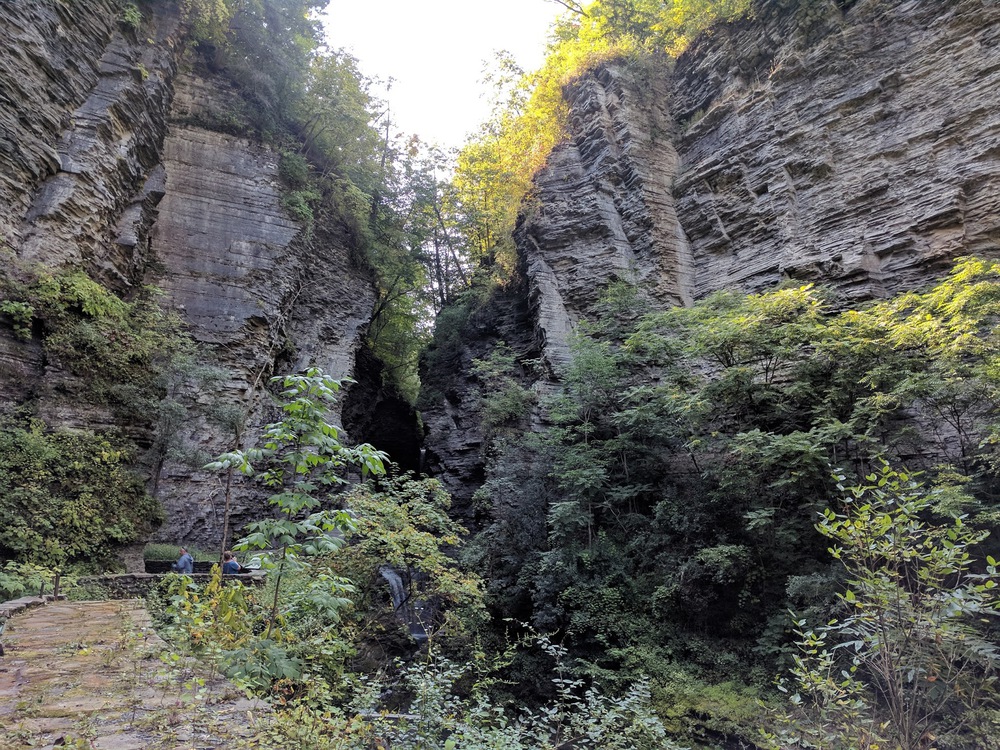 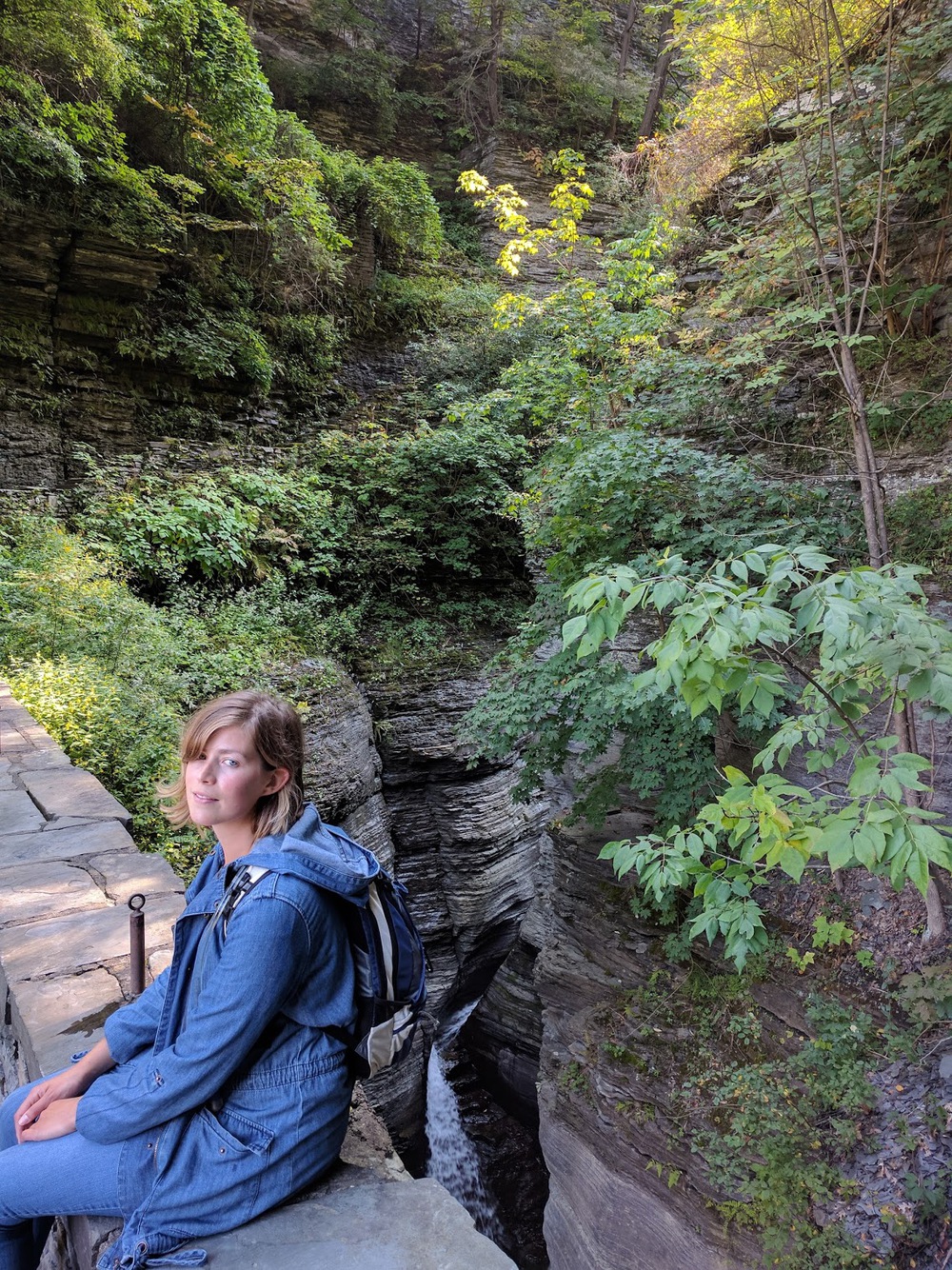 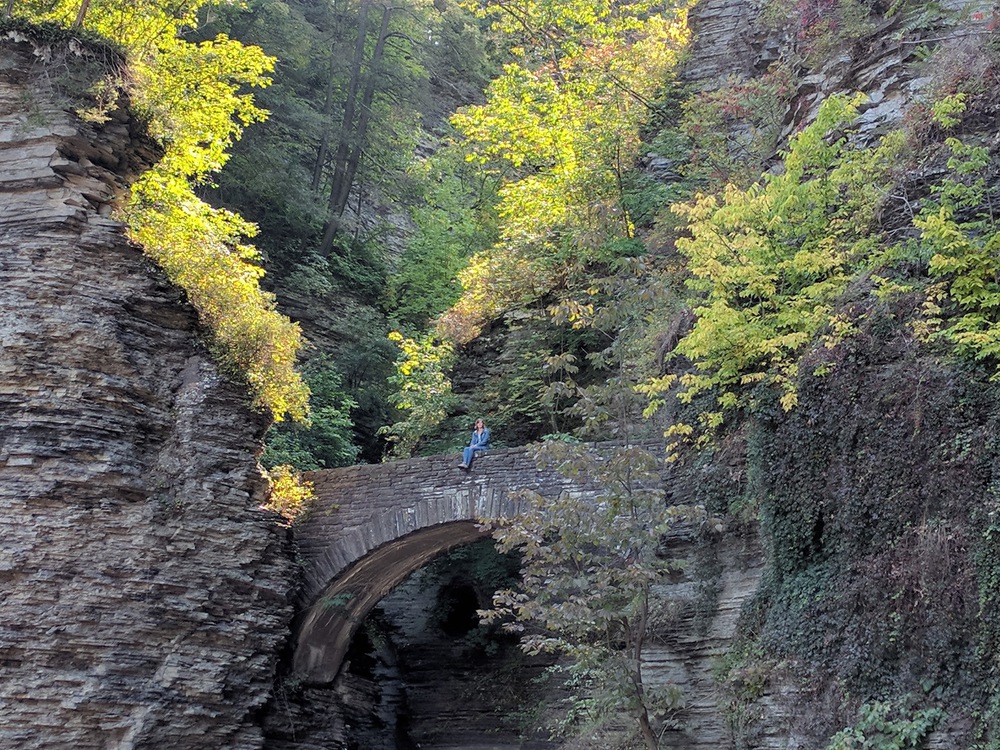 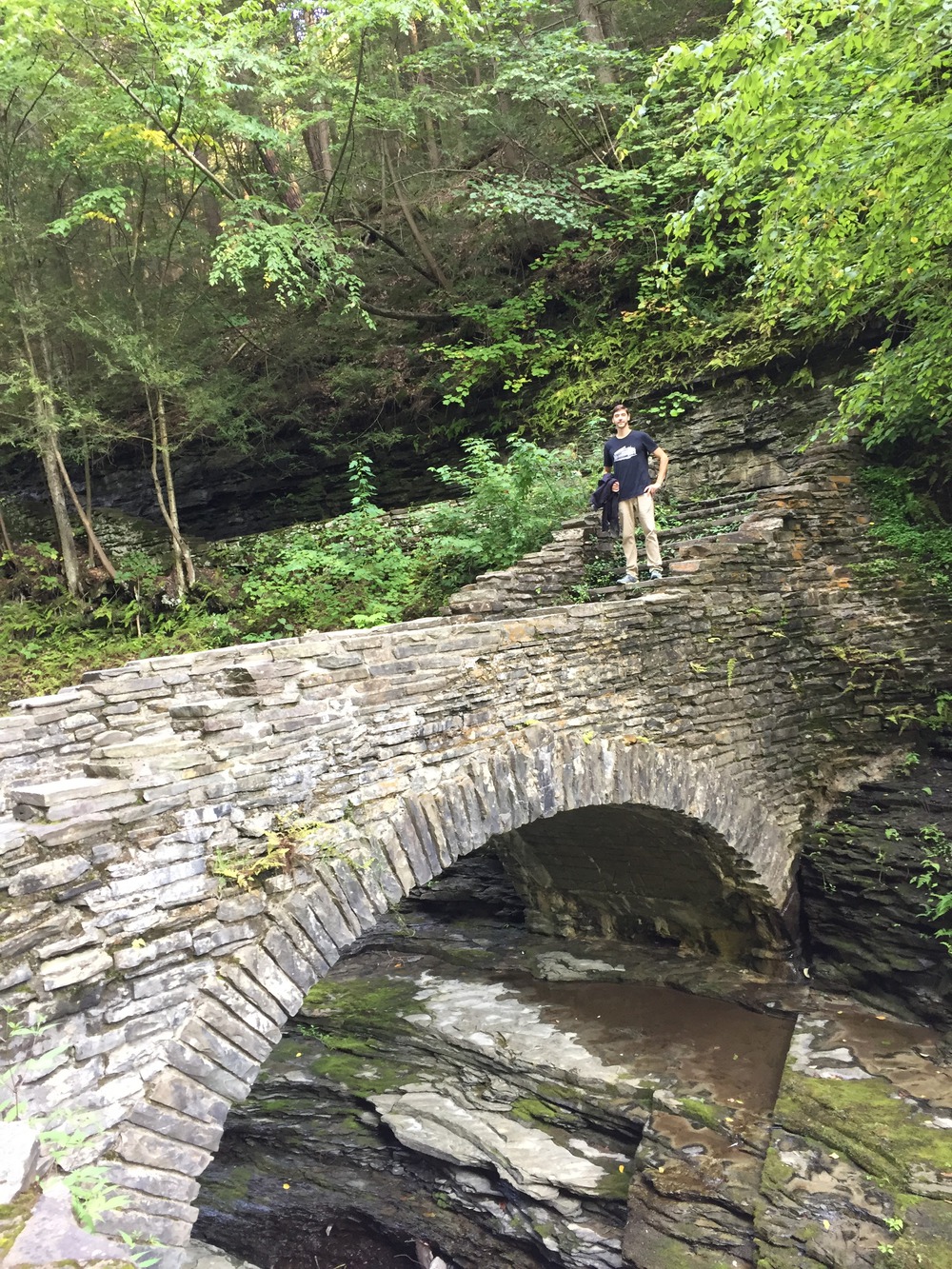 On Monday morning we got up and went into the town of Watkins Glen, just down the hill from the state park, getting a donut and coffee at Tobey's Donuts. 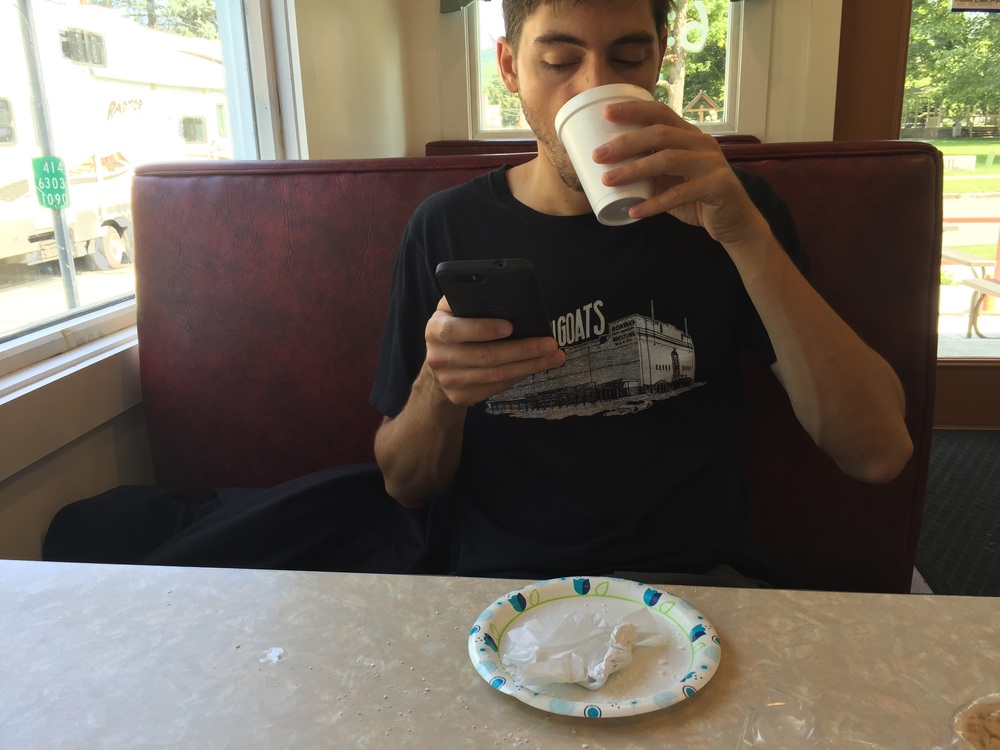 On the way out, we stopped at Taughannock Falls, another impressive waterfall dropping into a gorge. 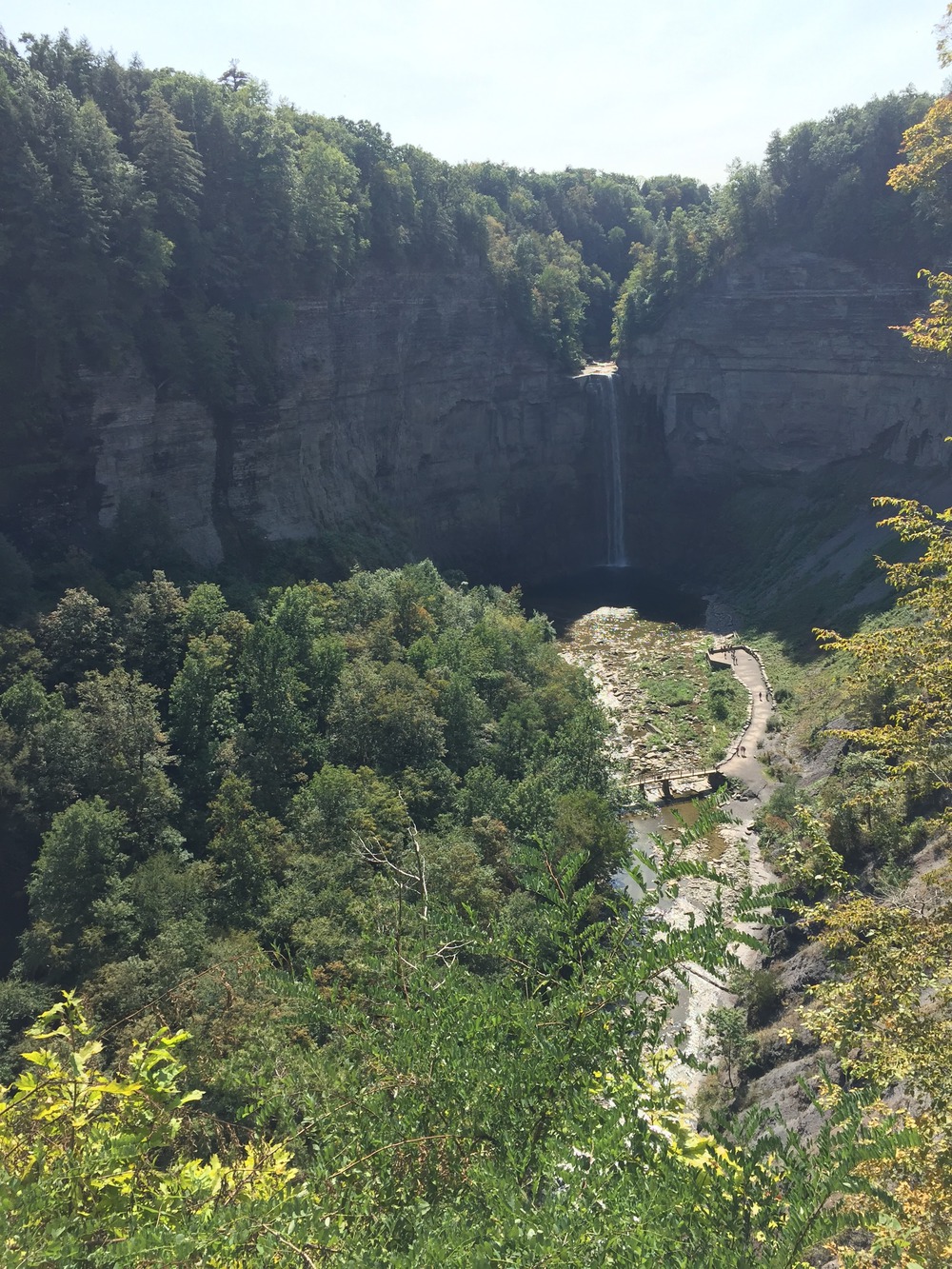 Moving northeast, we made it to Seneca Falls, a historic landmark of the women's suffrage movement. This and more was detailed at the Women's Rights National Historic Park, which we visited. 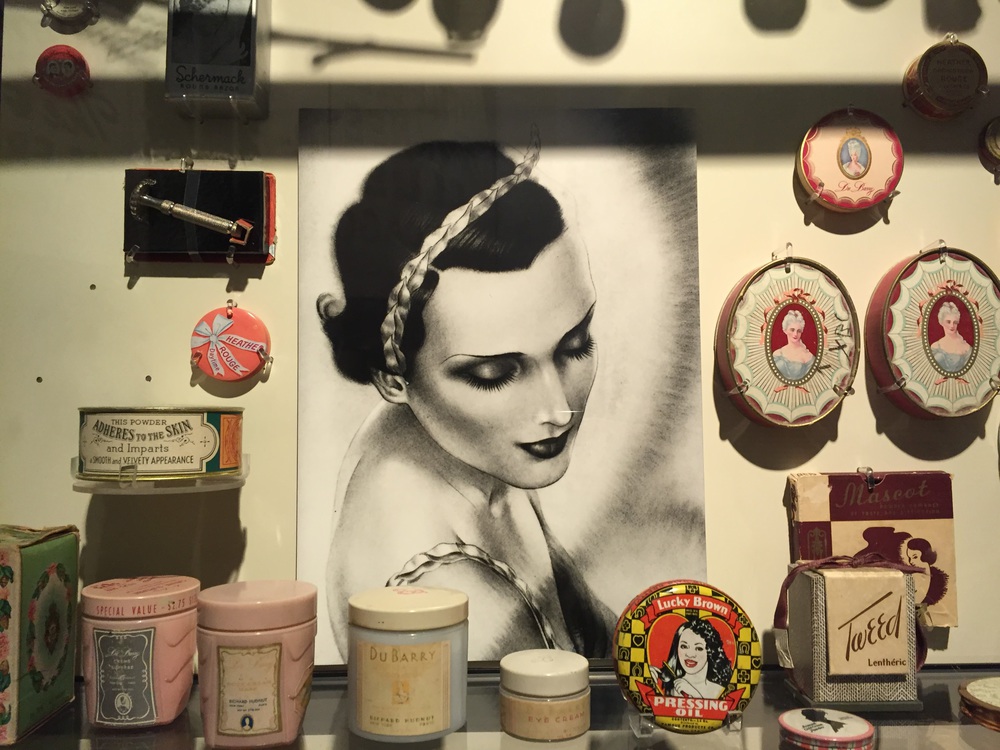 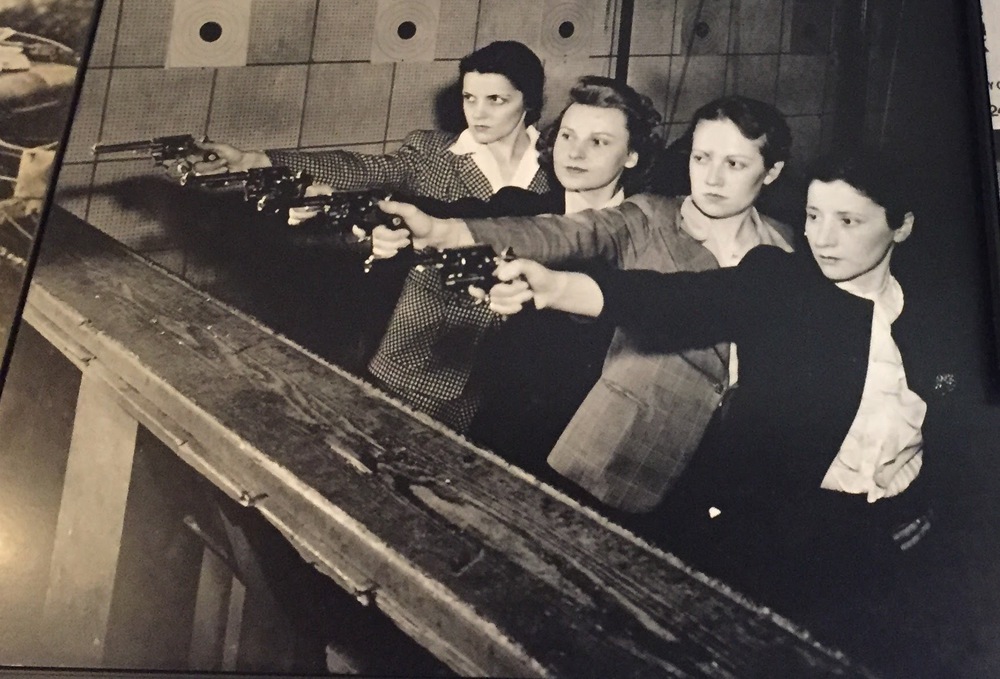 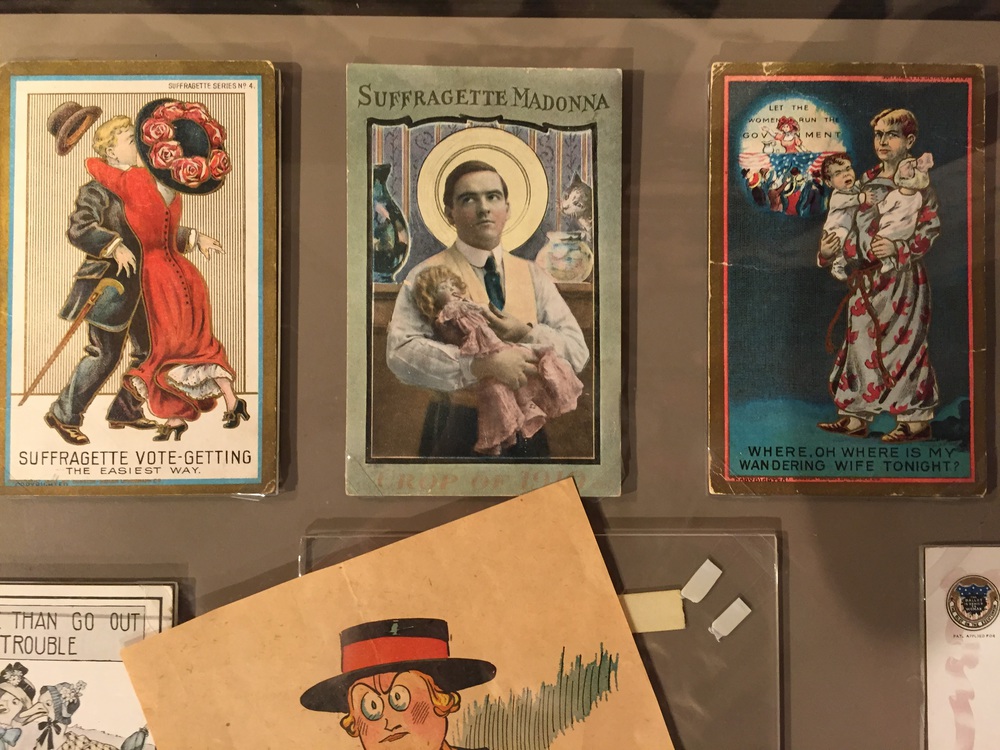 Next door to this museum is Wesleyan Chapel, where the first Women's Rights Convention was held in 1848. The current structure is more or less a reproduction, although it does consists of at least one original wall and possibly the roof, I'm not sure. 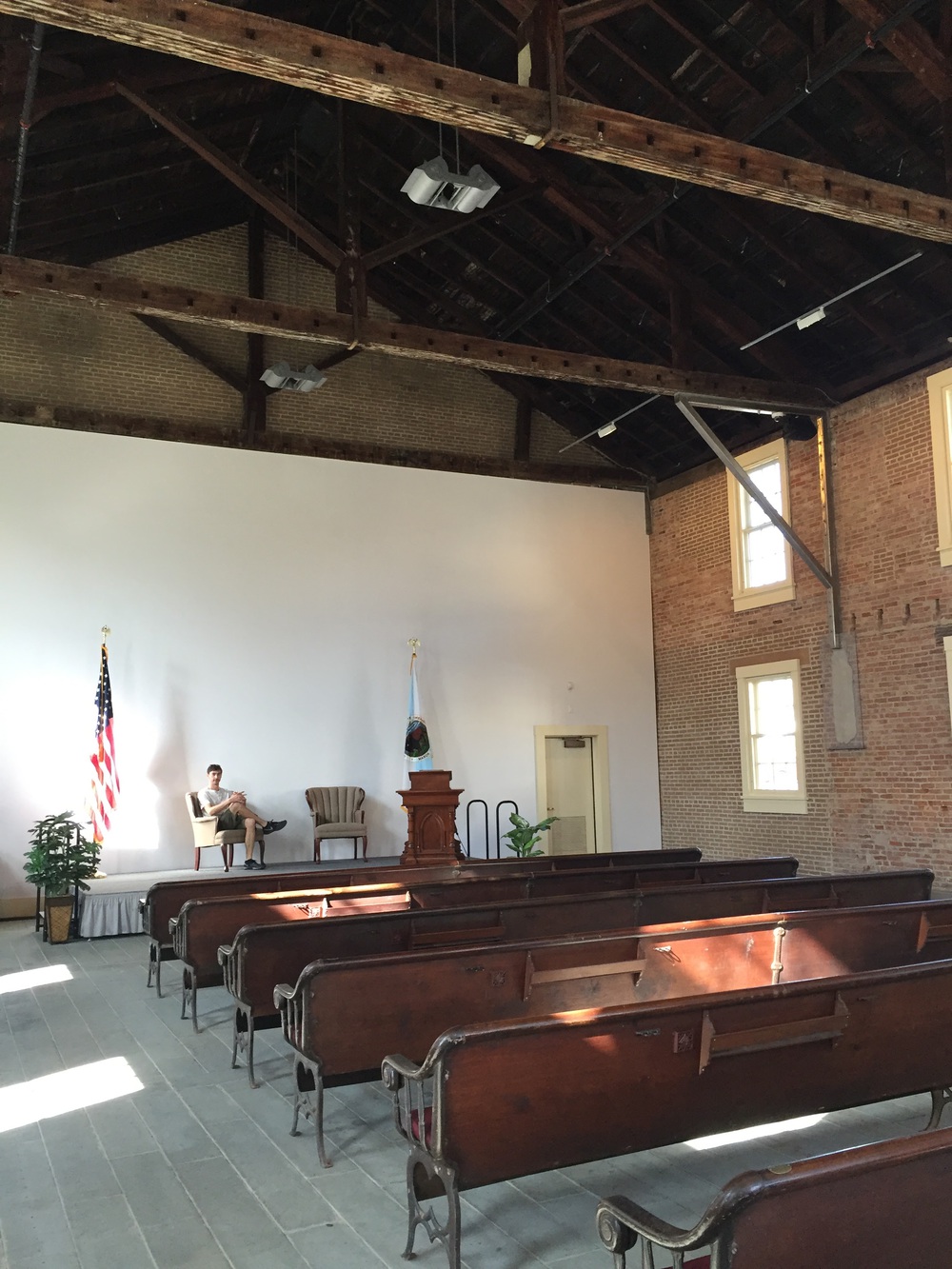 After educating ourselves we had Mexican food down the street.

From there we continued through New York, staying overnight at a Walmart in Utica, NY, then headed towards Middlebury, VT in the morning!