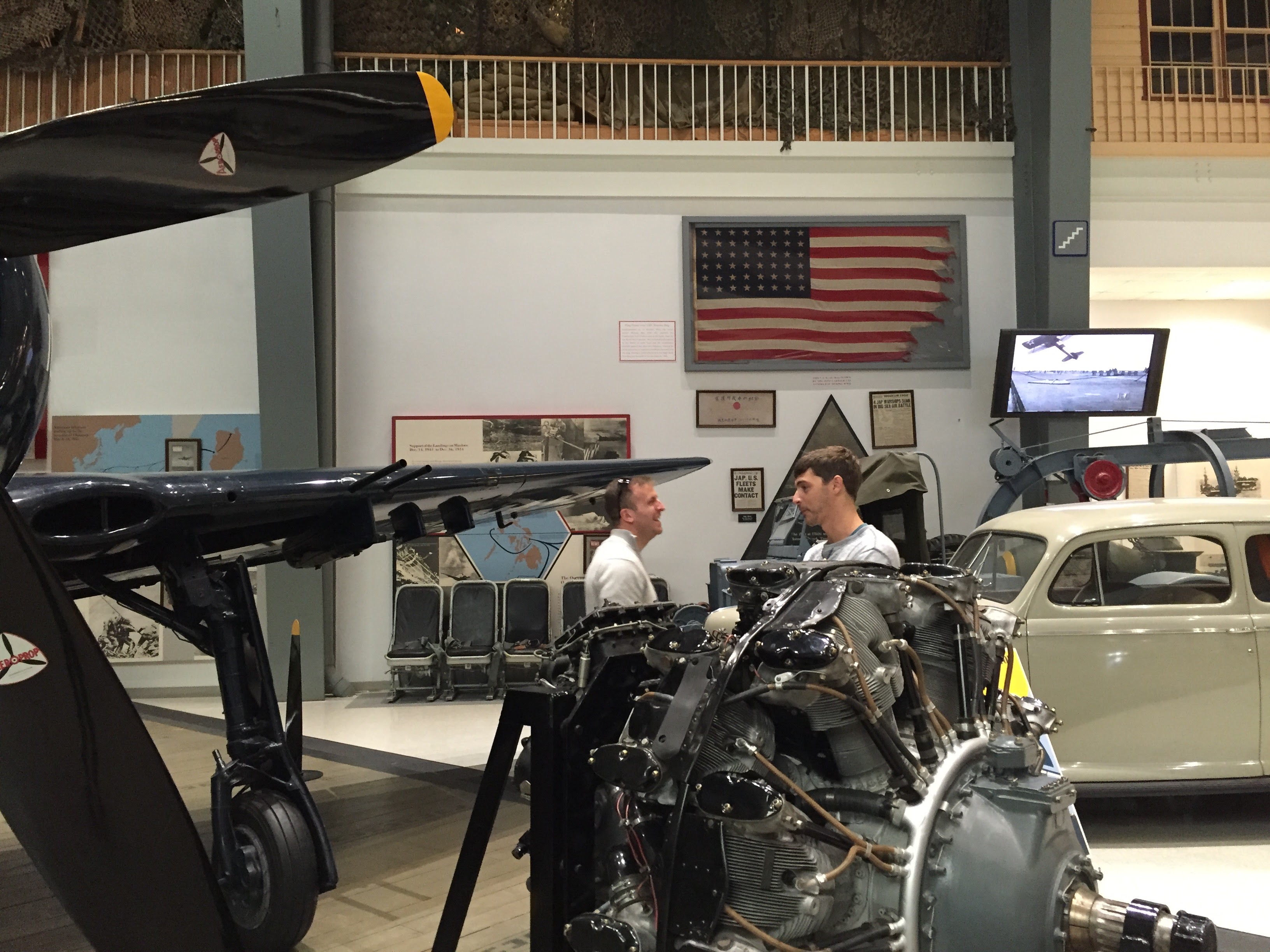 Pensacola and the last of Florida

Before we got to Pensacola we stopped at a beach at Fort De Soto State Park just south of St. Petersburg, Florida. It had the silkiest sand I've ever felt. We sat there and watched the sun go down (the beach was mostly deserted) and then drove up to park somewhere for the night. 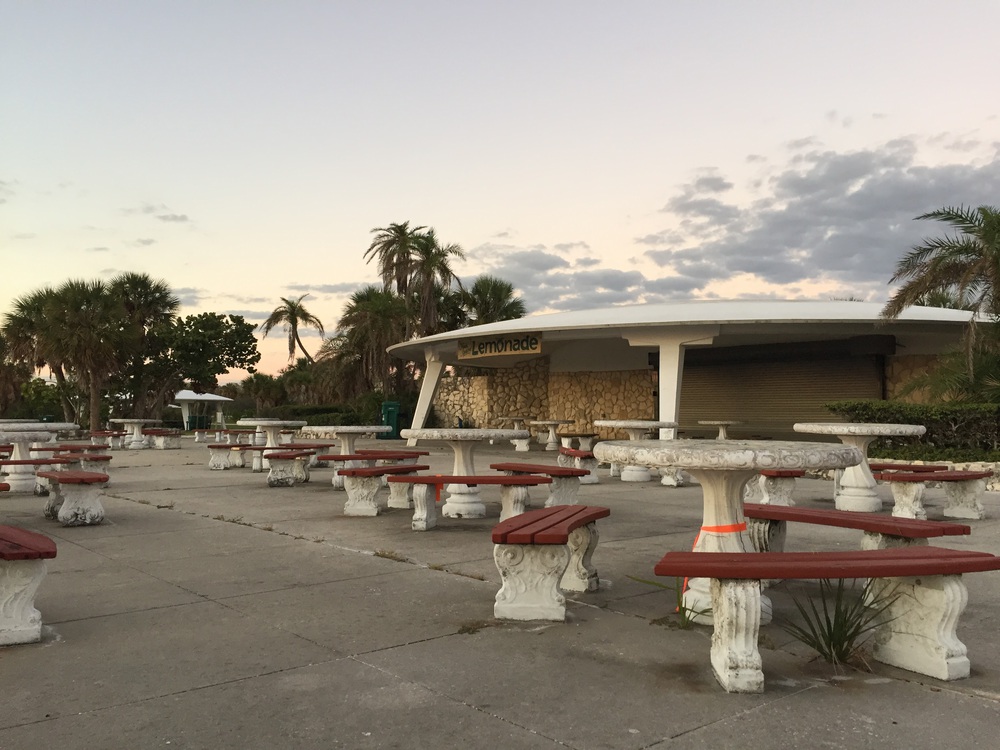 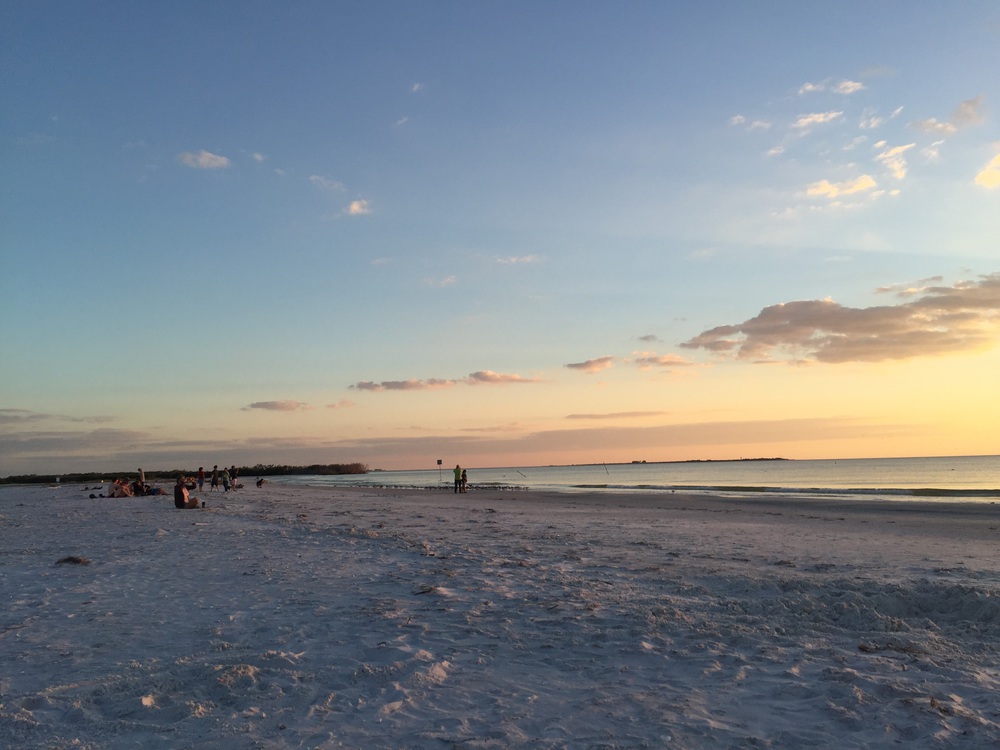 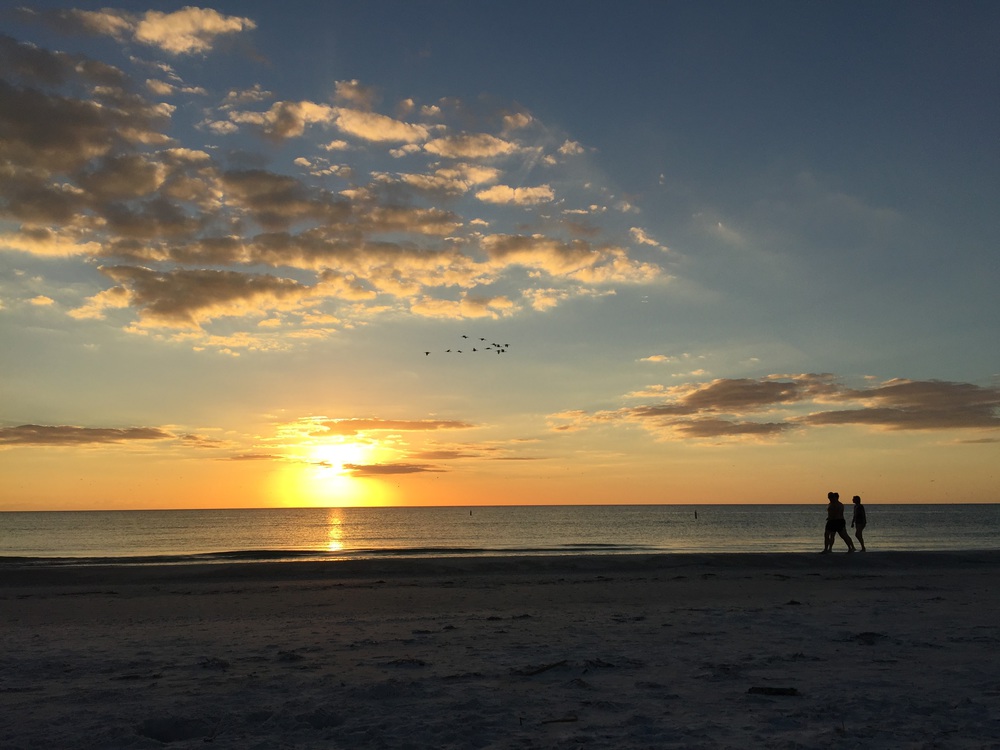 The weather was turning strangely chilly for what one would expect of Florida, I believe the temperature was around 60°F or so. We got into Pensacola in the early evening to the apartment of my old pal Garrett's! It was good to see him again after a year or so. We hung around his apartment for a while that night and he made us amazing tomato/vodka sauce pasta.

After dinner he took us out for a night on the town to a few different bars. The first was World of Beer where we had beer. 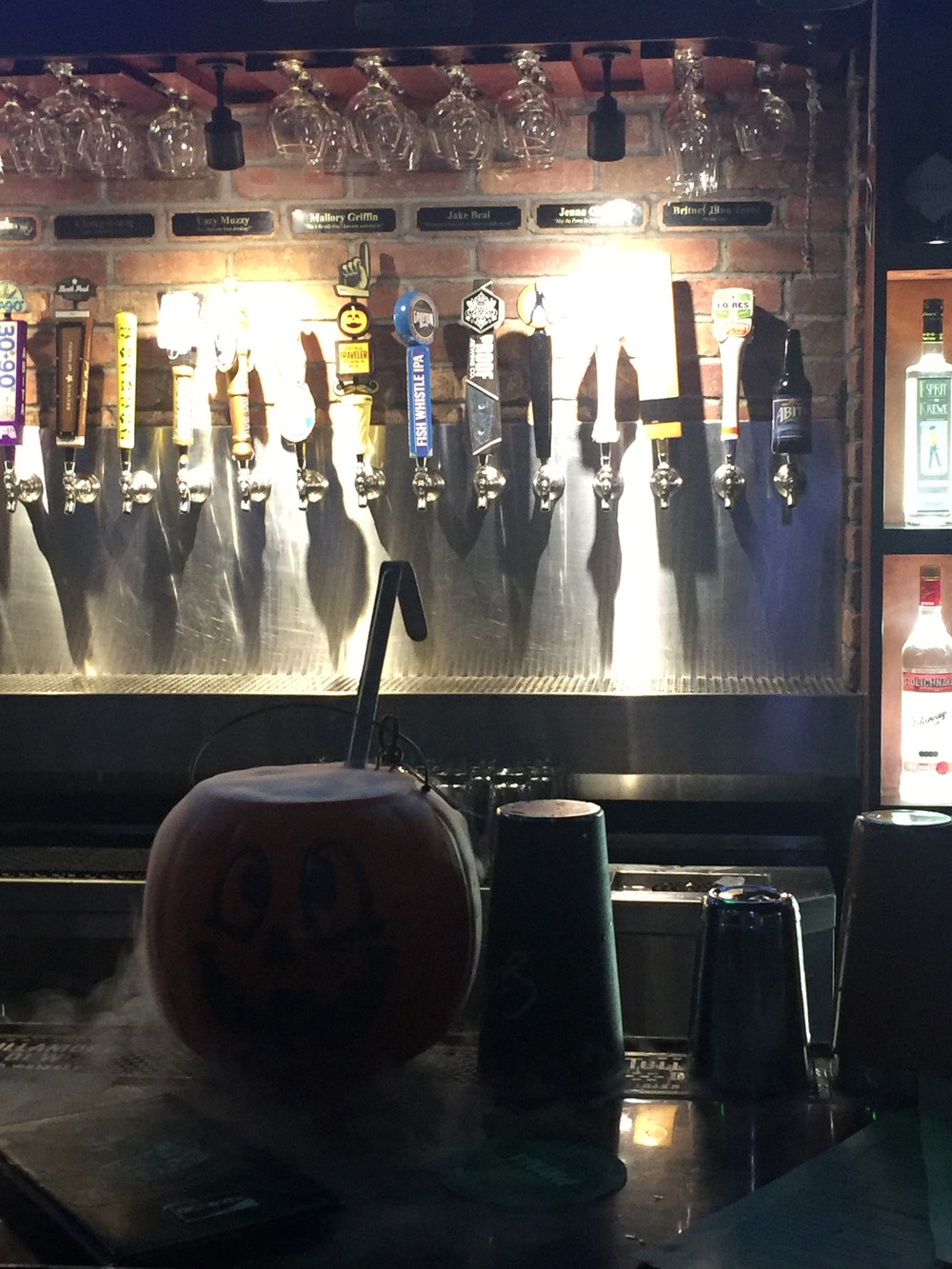 The second stop was a nearby whiskey bar where I had a Van Lear Rose (whiskey cocktail) which was sort of odd because we had been listening to the Loretta Lynn album of the same name for like two hours earlier in the car. The last stop was a barcade where I played some kind of shooting game and Dan and Garrett played skeeball.

I managed two get this picture of two random people (10 minute friends) but no pictures of Garrett, Dan and I together! 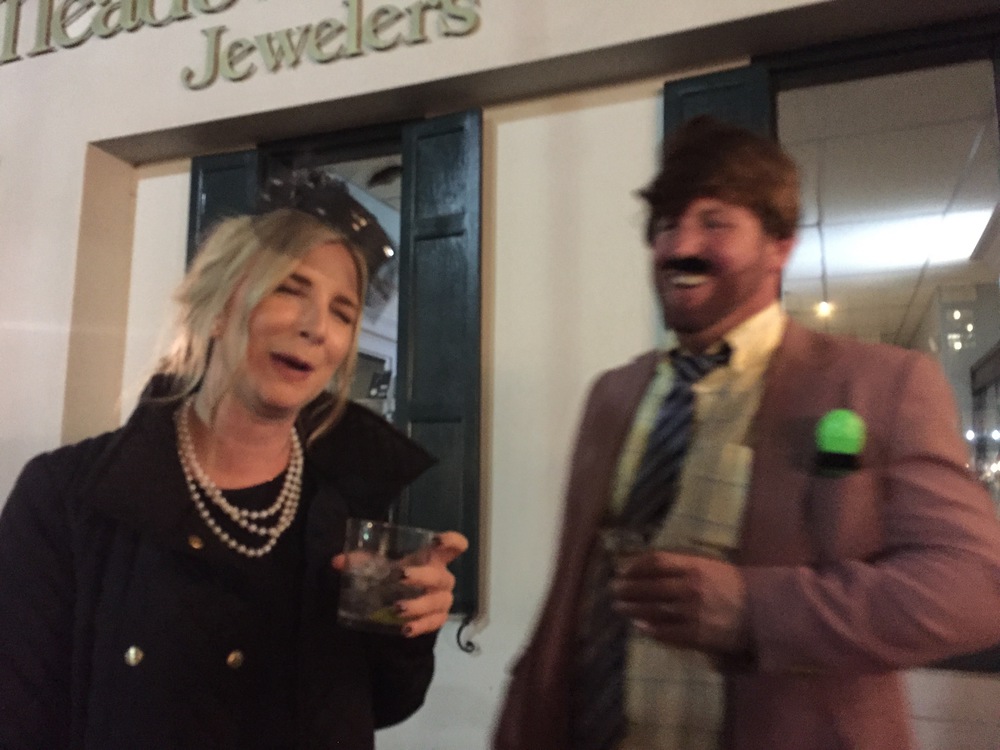 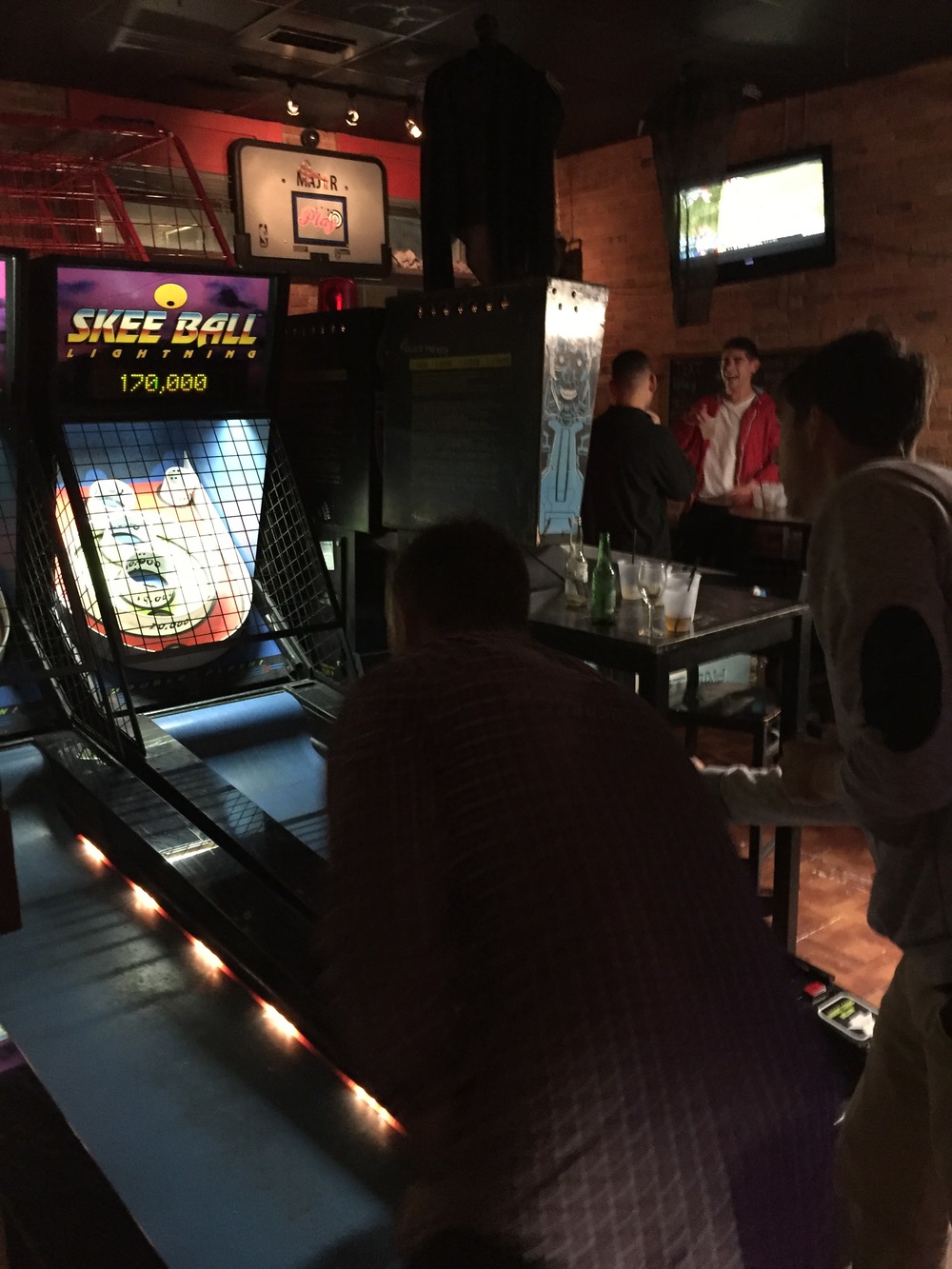 Needless to say, the next day I felt TERRIBLE. I blame Garrett for this. He redeemed himself, however, by taking us to brunch at the Ruby Slipper for eggs benedict with his friend Sam, a Marine. It was a sunny but chilly day in Pensacola and we took a little walk down by the waterfront with coffee while we waited for our table. Back at the Ruby Slipper, we sat outside and enjoyed our benedicts and coffee in the fresh air.

From there Garrett took us onto the Naval Air Station/base where he has done some of his Navy training. He showed us around and pointed out areas of interest, then took us to the National Naval Aviation Musuem which was actually pretty cool (coming from someone who knows nothing about planes). 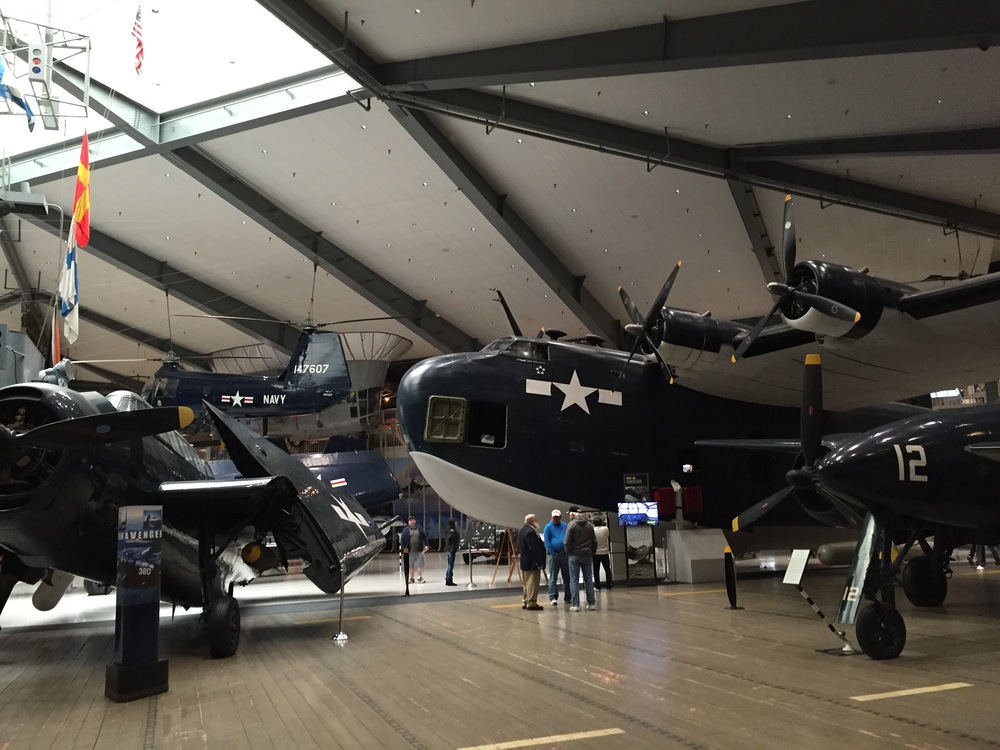 The most interesting parts in my opinion were exhibits on POWs, WWII planes, the moon landing and a re-creation of the interior of a large Navy boat from the mid 20th century. They even had a small moon pebble. 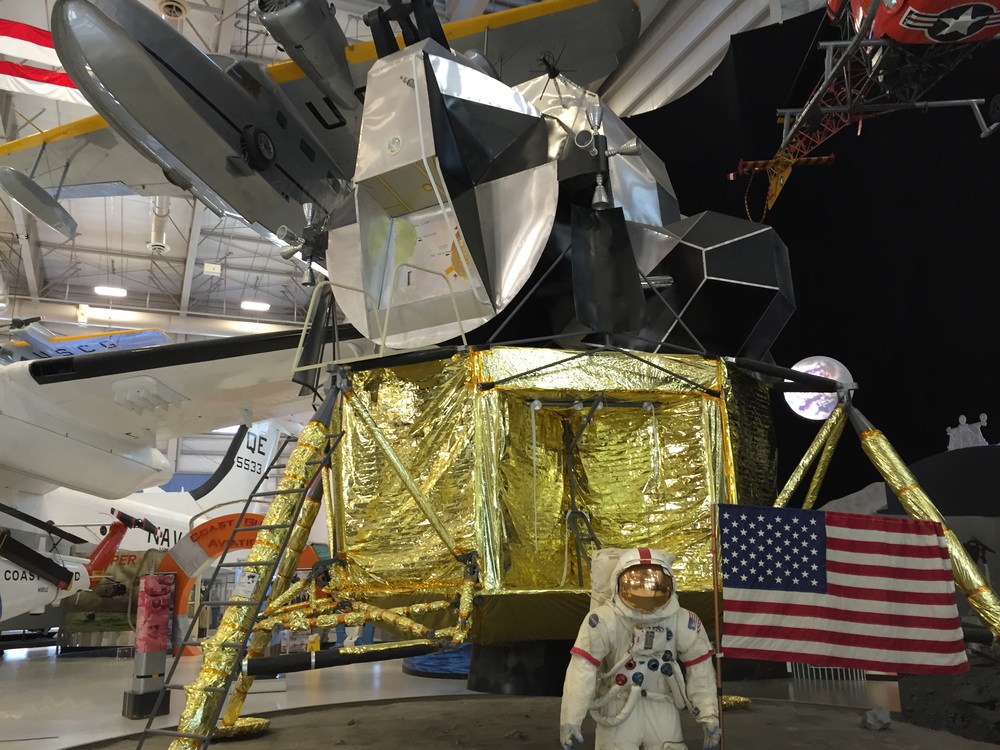 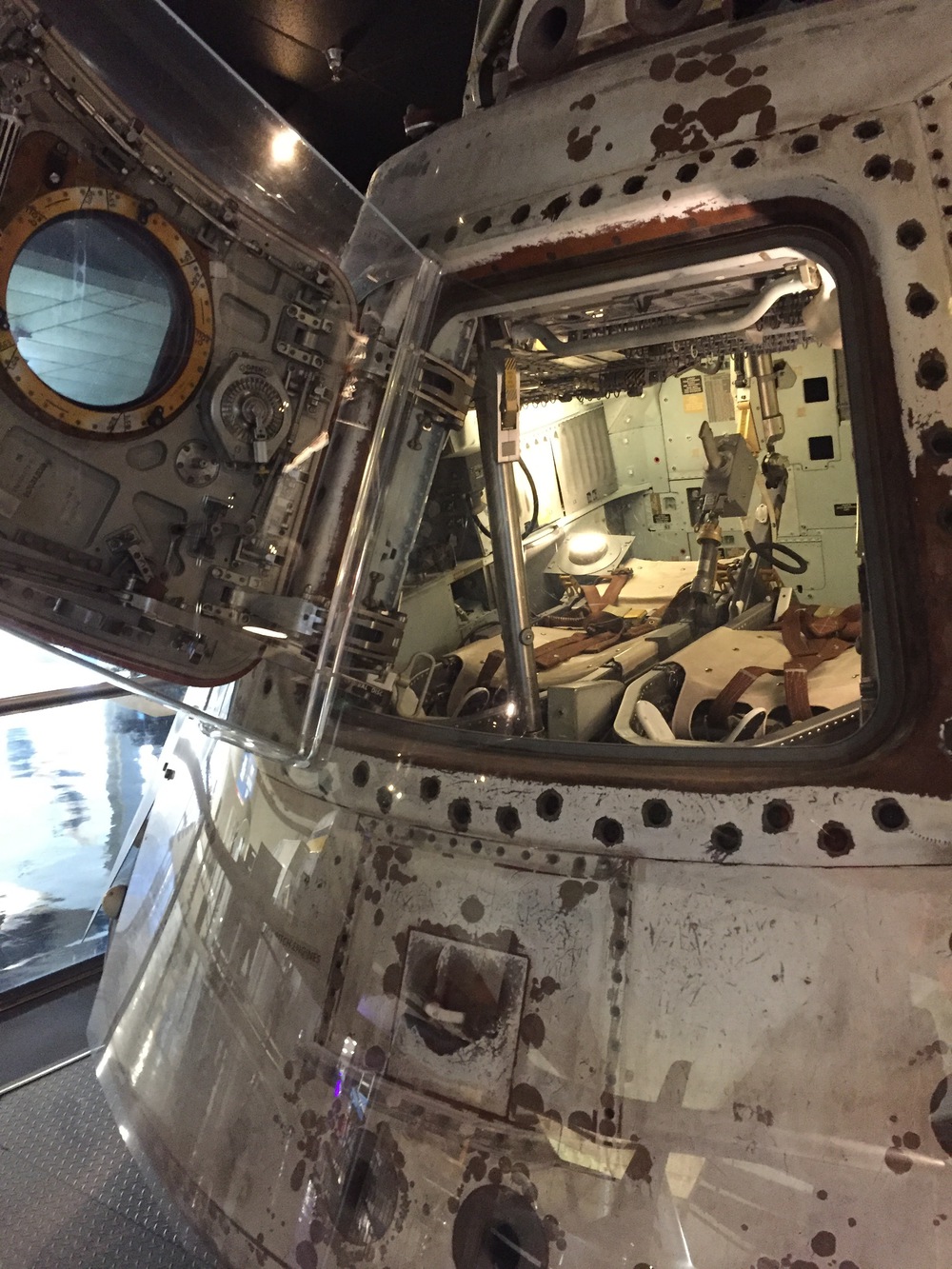 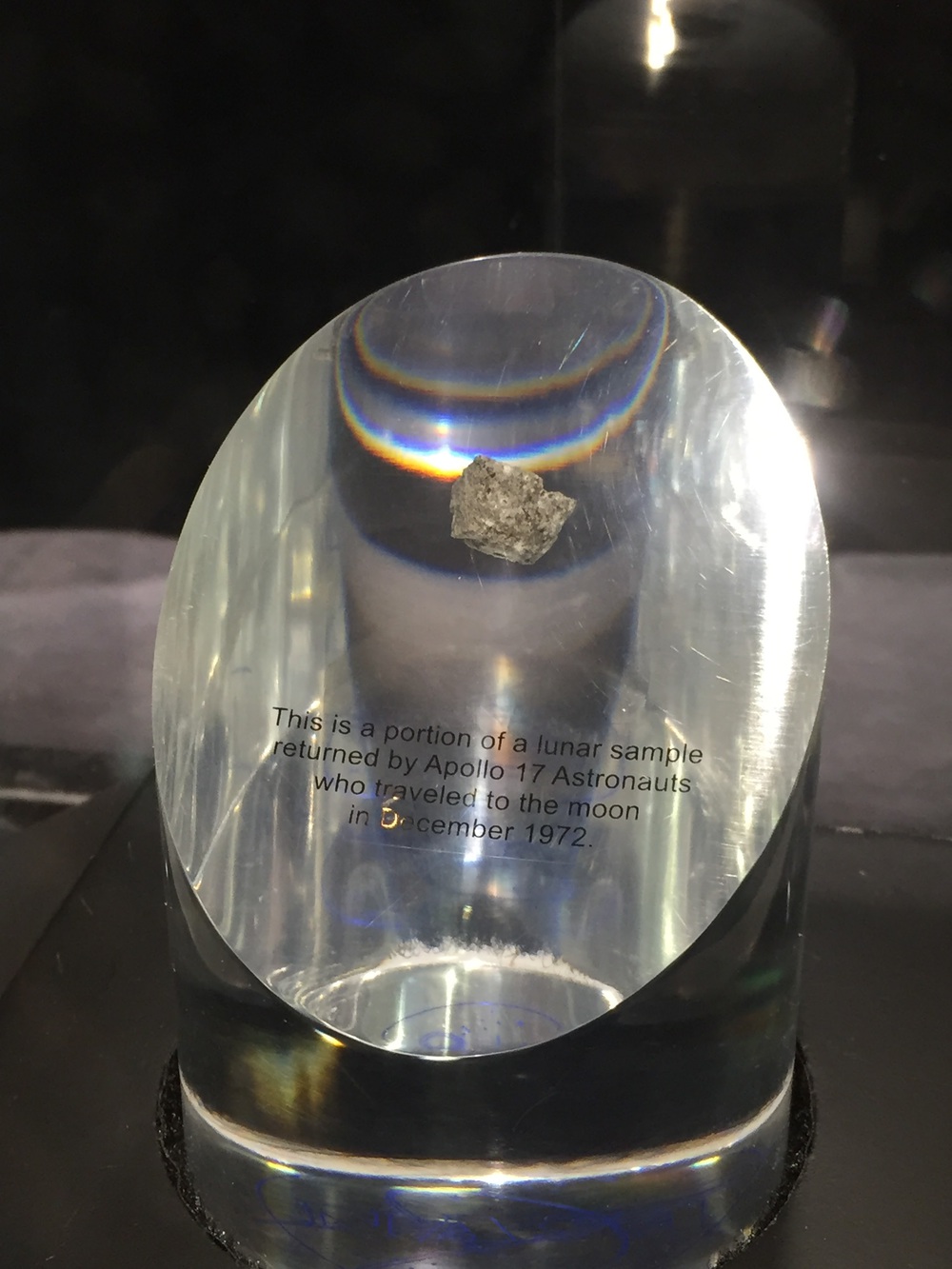 Garrett also showed us the plane he flew in while deployed on an aircraft carrier and answered our questions about what that experience is like (Q:"Do people get pissed off at each other?" "What is the male/female ratio?" A: Yes and women are like celebrities).

After our tour we retreated back to the apartment to RELAX! Garrett cooked us Chorizo White Bean Chili and we watched two scary movies in celebration of the upcoming holiday. In the morning we prepared to leave and Dan made some pancakes before Garrett left for work. 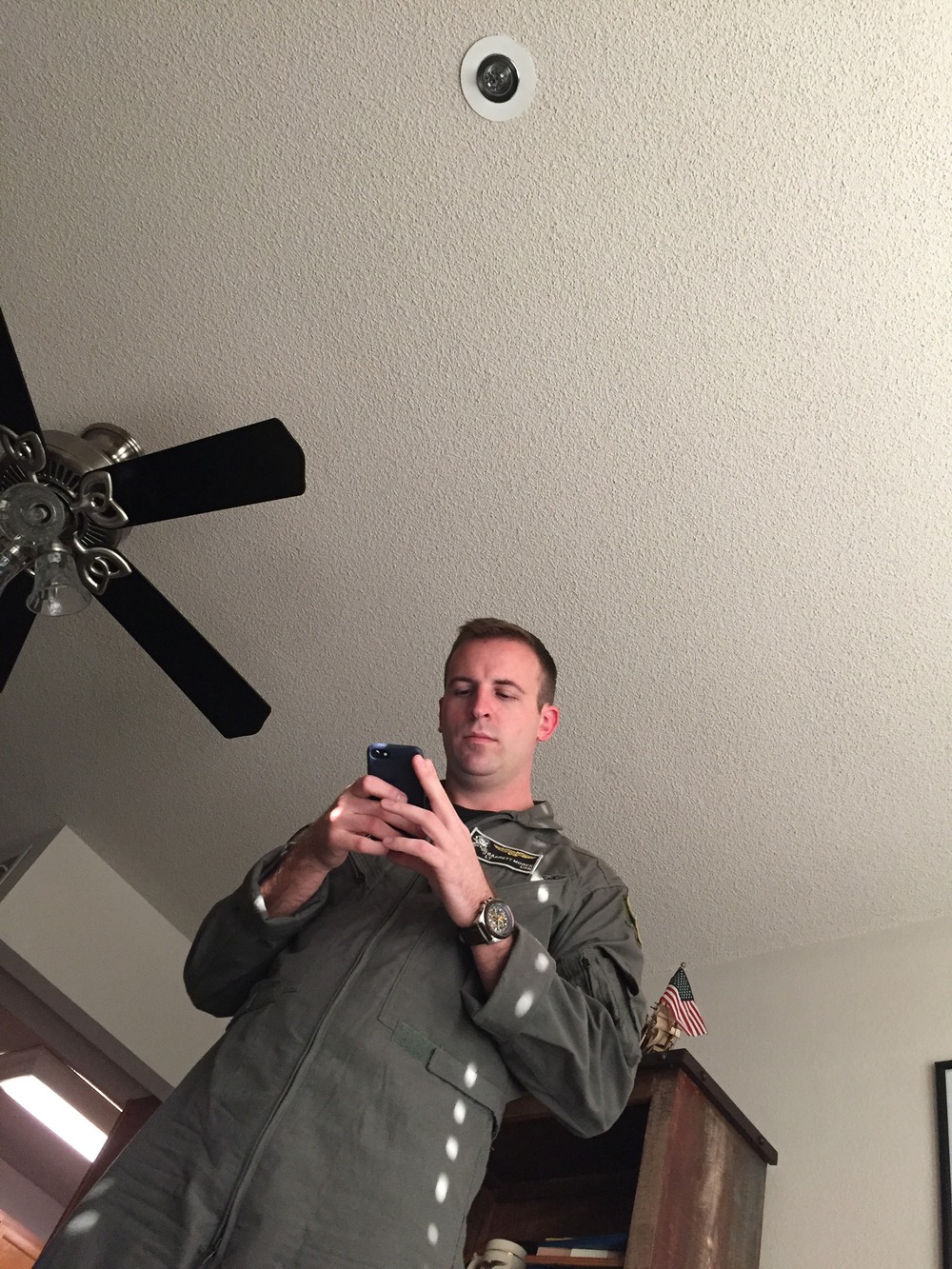 Luckily we will get to see Garrett again in the Northwest for Christmas.

Dan and I stopped for Chinese food on the way out and I got this fortune: 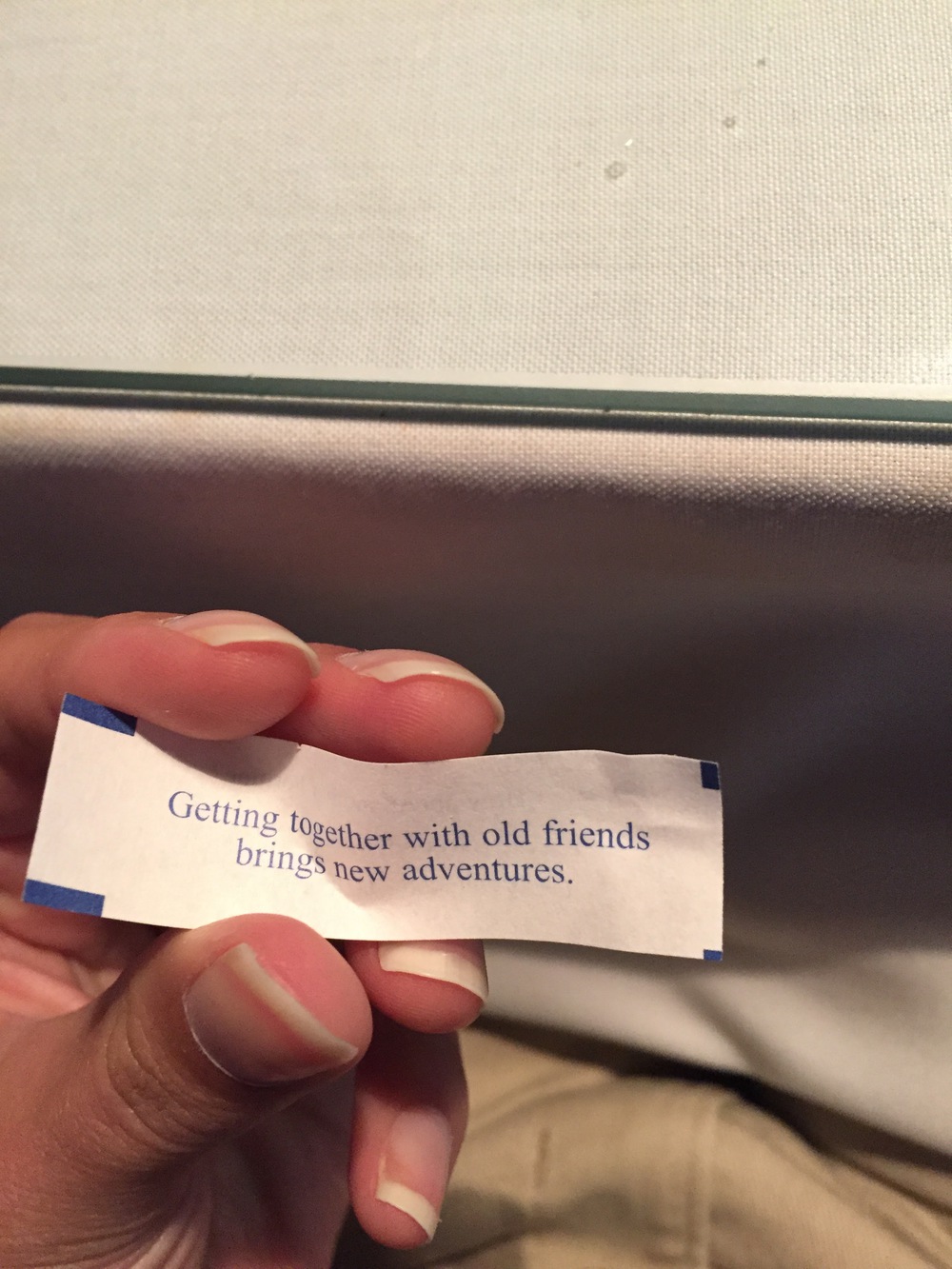 Anyway, it is pretty interesting to vascillate so frequently between different locales and lifestyles, especially to listen to anecdotes and comments about the military life in comparison to civilian life. The constant change of travel highlights certain contrasts between people and places but I tend to end up thinking people are kind of the same everywhere you go in terms of what they want, how they spend their time and the expectations they have of other people. I find it reassuring but also strange when you take into account how divisive the National climate currently is.

On the way to New Orleans (this is all we saw of Mississippi): 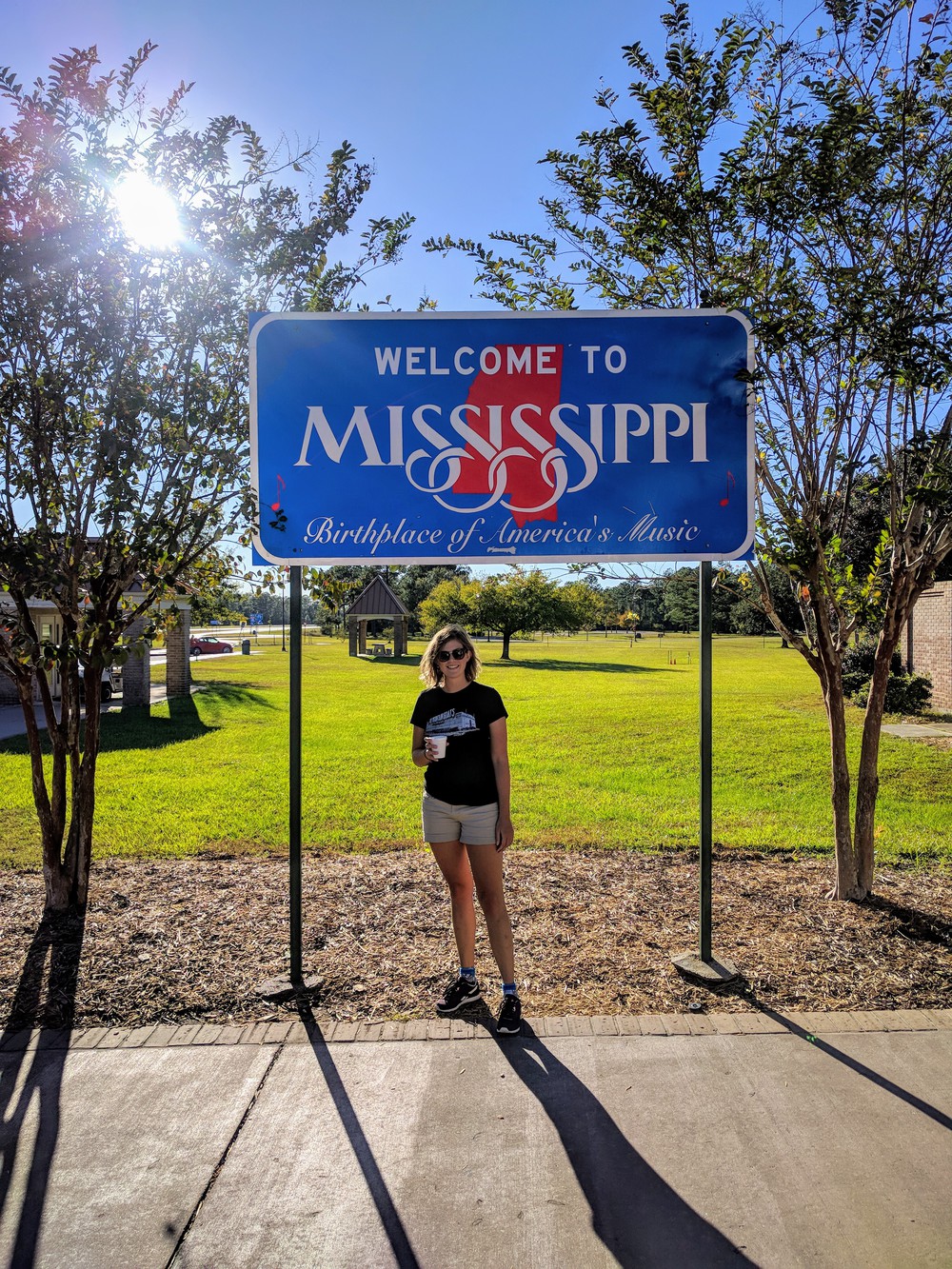 Prev:  Boynton Beach and Beyond