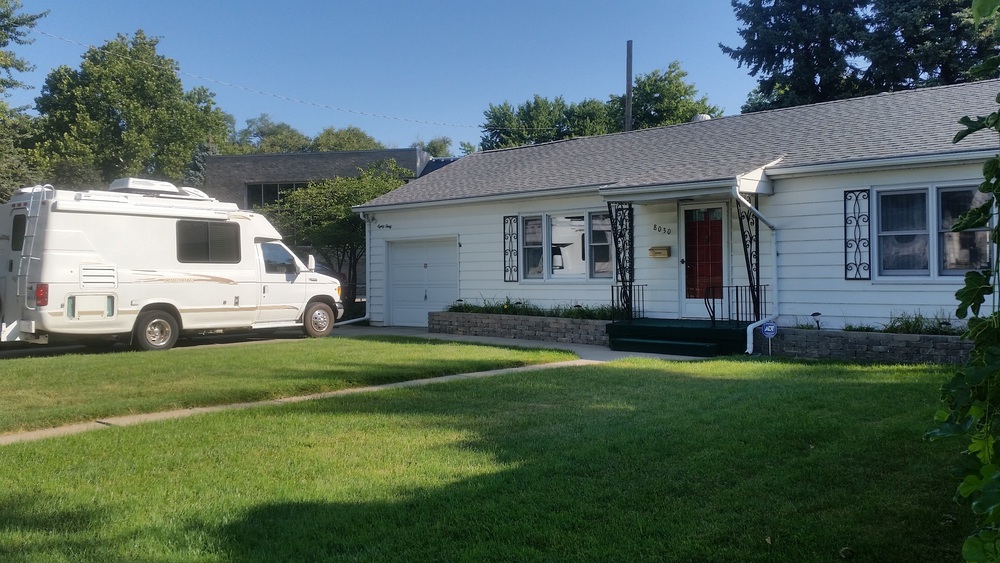 To get from Colorado to Omaha we had to cross the majority of Nebraska, which is arguably not the most interesting state to drive across. Starting in Eastern Colorado the landscape turned rather flat. We drove through the flatness into the night and eventually into a thunderstorm, the likes of which I've never seen in the Pacific Northwest. The rain and hail was deafening against the roof and windshield and visibility dropped to basically zero, despite the best efforts of the windshield wipers. We saw only a few bolts of lightning come down to the ground, but the flashing in the sky was almost constant and often blinding. At this point we pulled over to a gas station with a covered area and waited out the worst of the storm with a group of other people who were having a similar experience.

After the worst of the storm subsided we carried on Eastward. There were still patches of thunder, lightning, and heavy rain but eventually all the thick clouds rolled away. We pulled into a Walmart parking lot in Ogallala and parked for a grand total of 8 hours or so, just enough to get some sleep and start driving again the next morning.

The next day offered much more pleasant weather and driving went more smoothly, though we still had a long way to go. After getting to an early start and putting in some miles we stopped at Cody park in North Platte, Nebraska to make some coffee and breakfast. It's much nicer to sit near a river for breakfast than in a Walmart parking lot, so lately we've limited our Walmart visits to strictly sleeping. It keeps lodging costs down but lets us spend our waking hours in places that are a bit more scenic.

We were on our way to visit my great-great-aunt (!) in Omaha. My Mom was flying in the same day to visit as well, so we arranged to pick her up from the airport. The van tends to move a little slower than Google Maps expects, so we were a little late (sorry Mom), but we got there. After so much driving it was really nice to kick back and hang out with family for a few days.

One of the first things we did in Omaha was take the van in to shop where we had scheduled an appointment in advance to get some routine maintenance and to diagnose a sound that we were worried might be spark knock. When we picked it up a couple days later it had fresh oil and transmission fluid, and a clean bill of health from any other mechanical problems. 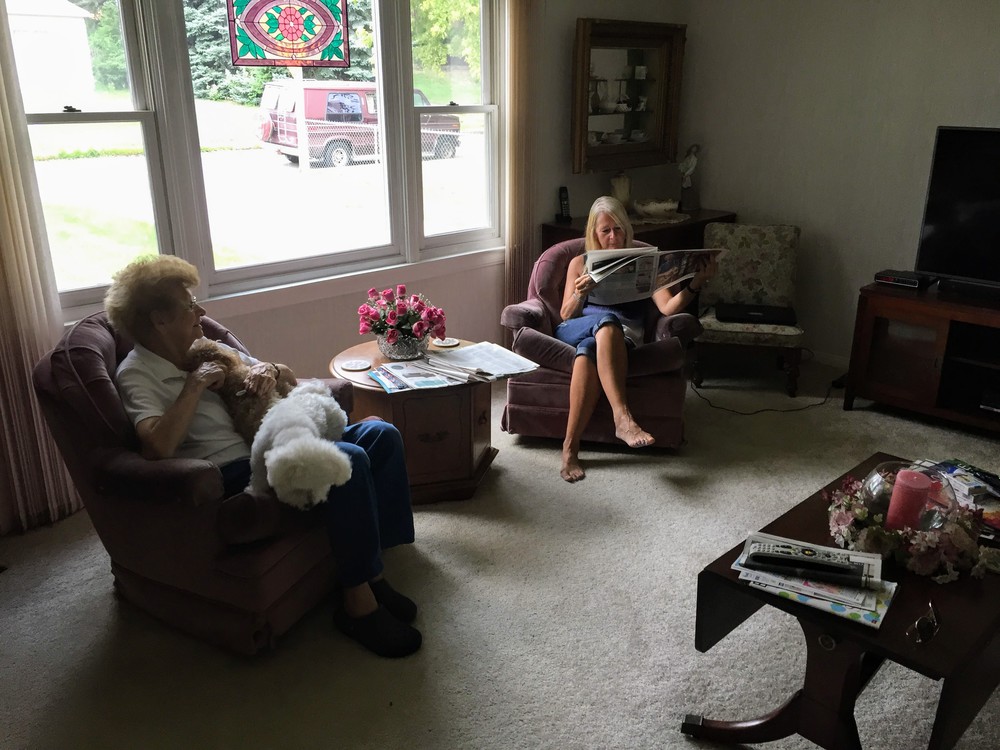 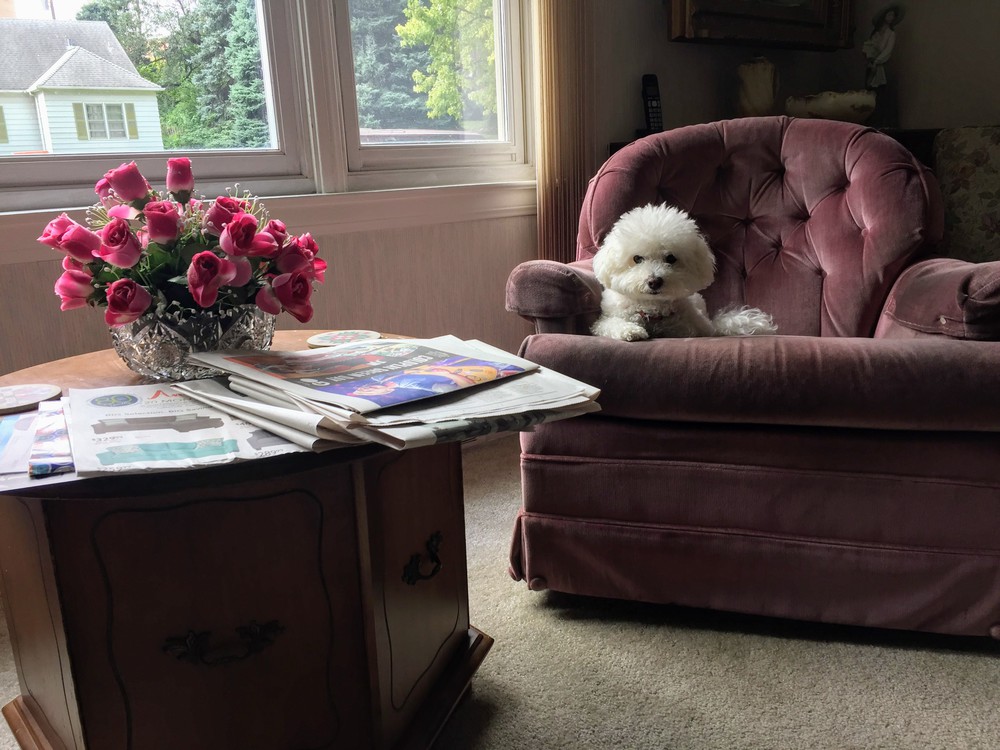 My Mom always makes the most of her time when she travels, so we had an action-packed couple of days, but always interspersed with good quiet relaxation at Ann's house, where we were warmly welcomed and always very well fed. It was great to spend time with Ann. She has a knowledge of the area that can only come with living there for a very long time. She bought the house where we stayed in 1959, and has seen a lot of change happen around her between then and now. We drove by the house where Ann grew up and saw many other sights around the city with her as our guide. Even as she gets older Ann still takes care of her house, her dogs, and her guests with energy and care that is an impressive example of how to age well.

Ann was also was kind enough to loan us her Buick so we didn't have to drive the camper all over Omaha to go on our adventures. A Buick is a pretty long car compared to other cars, but it's decidedly compact compared to a camper van. It was a nice change of pace to drive that around. 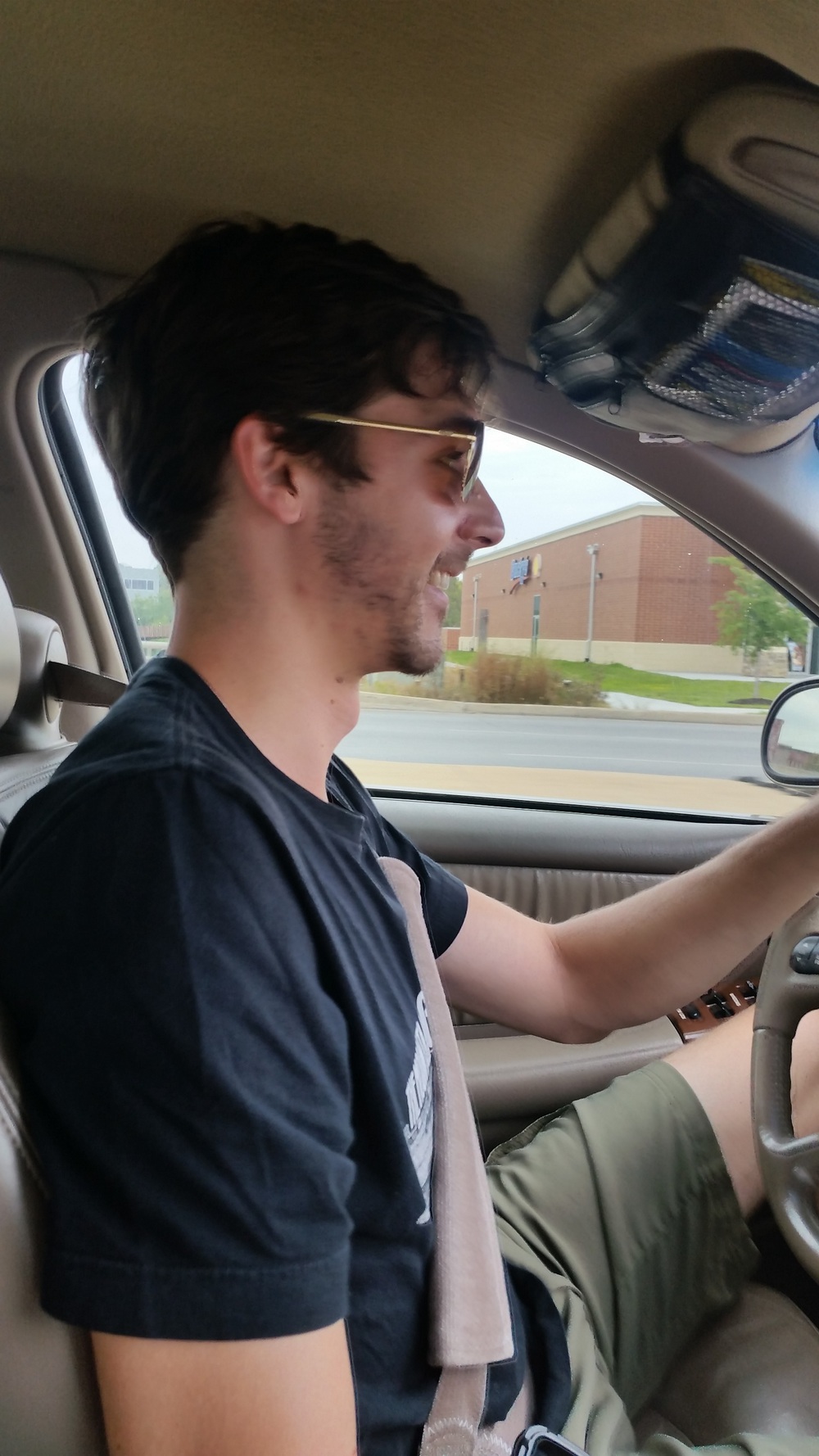 One of our first stops was the Omaha Zoo, which is a big attraction in the area. It's quite impressive - definitely worth seeing. There are always certain animals at the zoo that are interesting to observe but that make me feel sad for their captivity. Gorillas and big cats are two examples. The zoo's conservation efforts may outweigh the negative of putting intelligent and creative animals in captivity, but it's still sometimes sad to see. I can't deny that I enjoy seeing them in person, though, and the quality of the exhibits at this zoo in particular makes their efforts for the animals pretty clear. 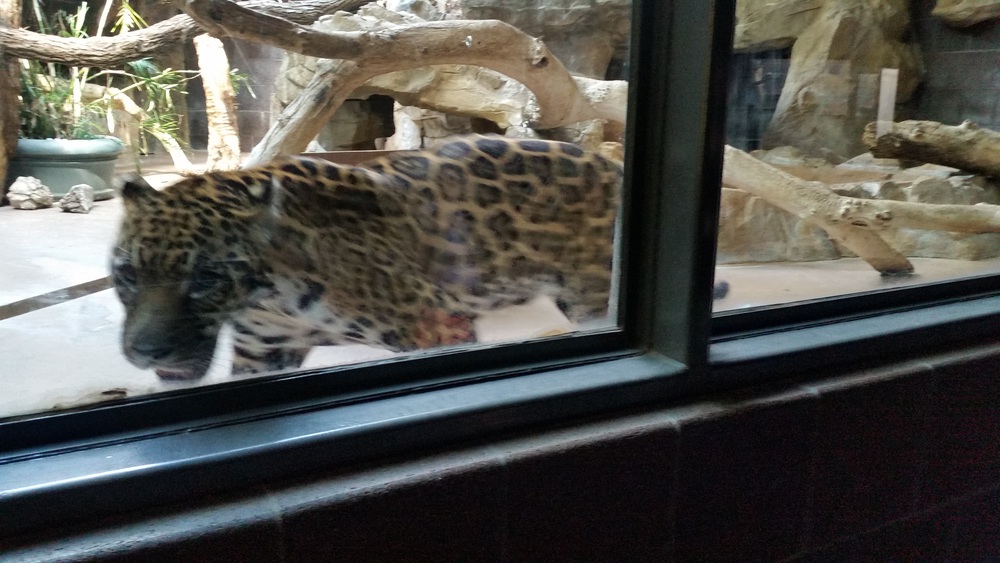 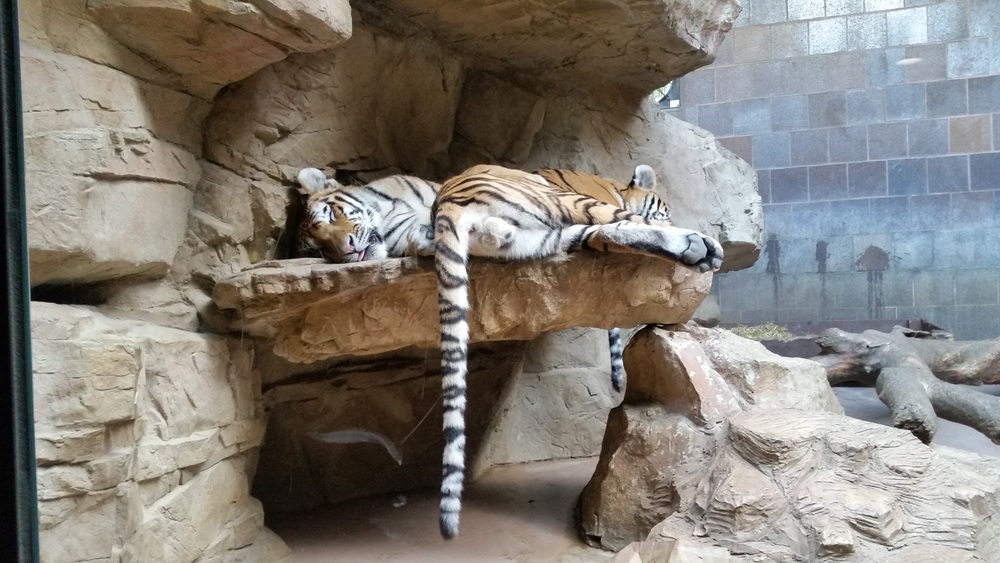 The gorillas were definitely just as interested in watching the humans as the humans were in watching them. The intelligence in their eyes and their humanoid faces can make it a pretty strange experience that doesn't feel as one-sided as many of the other exhibits. 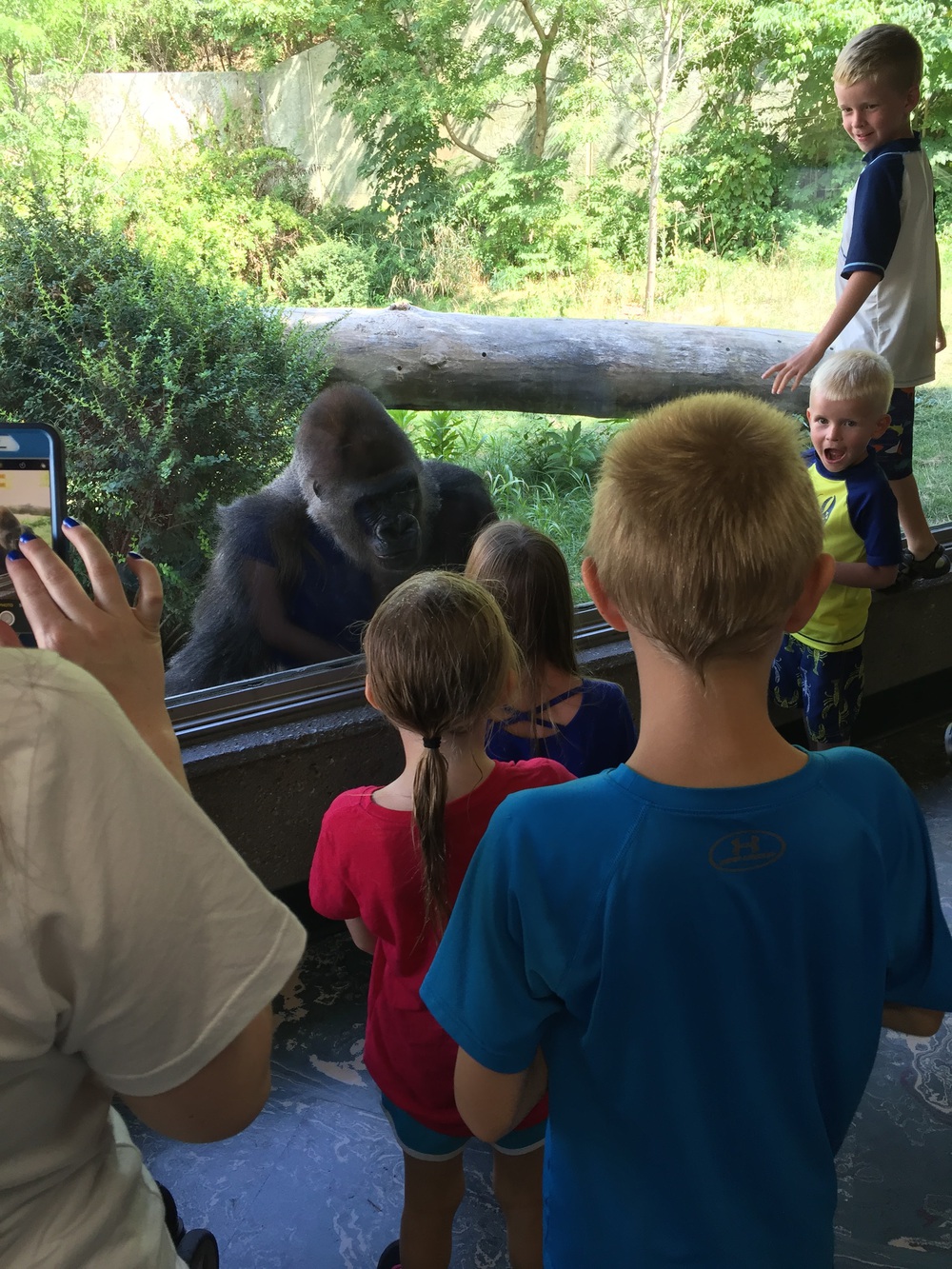 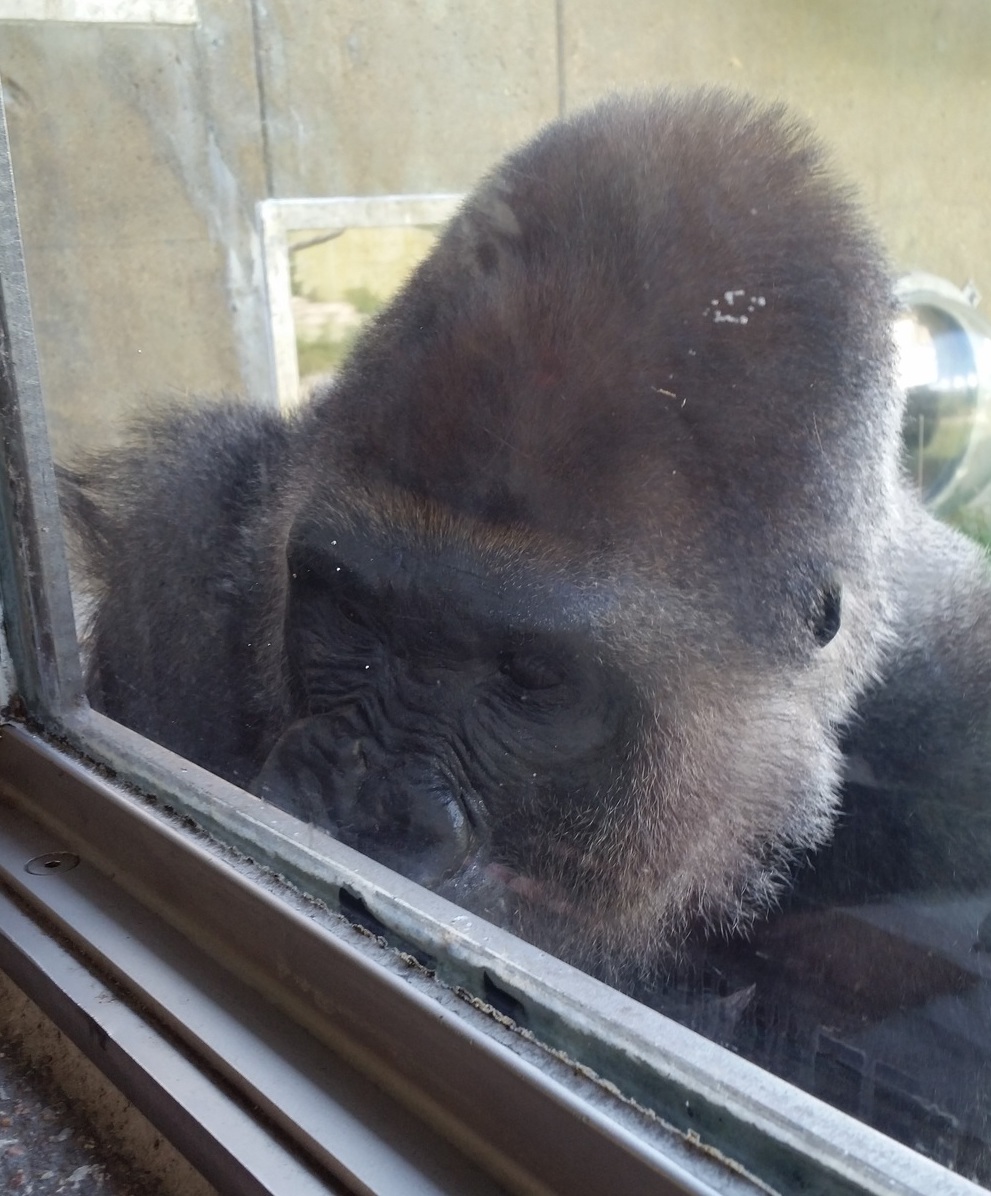 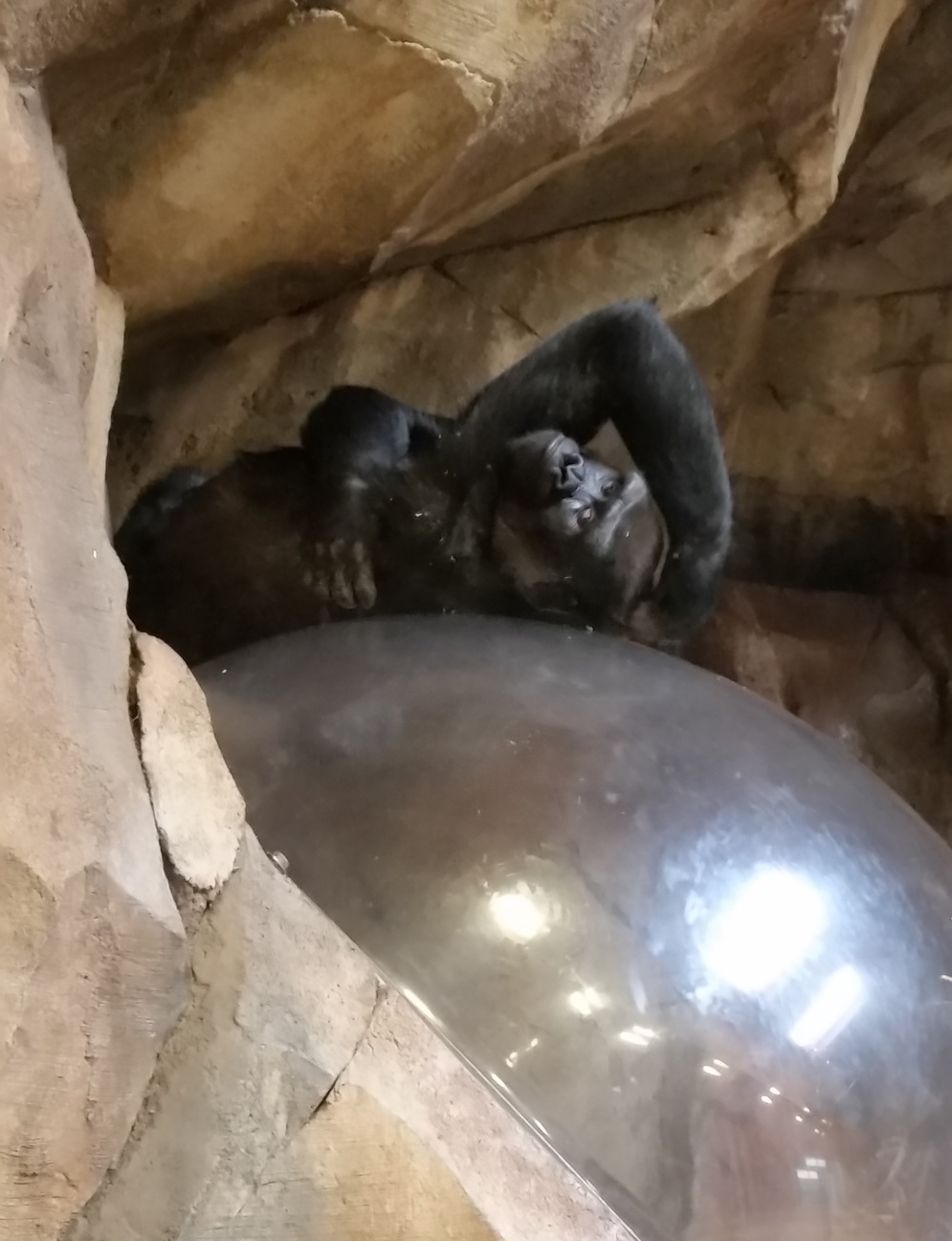 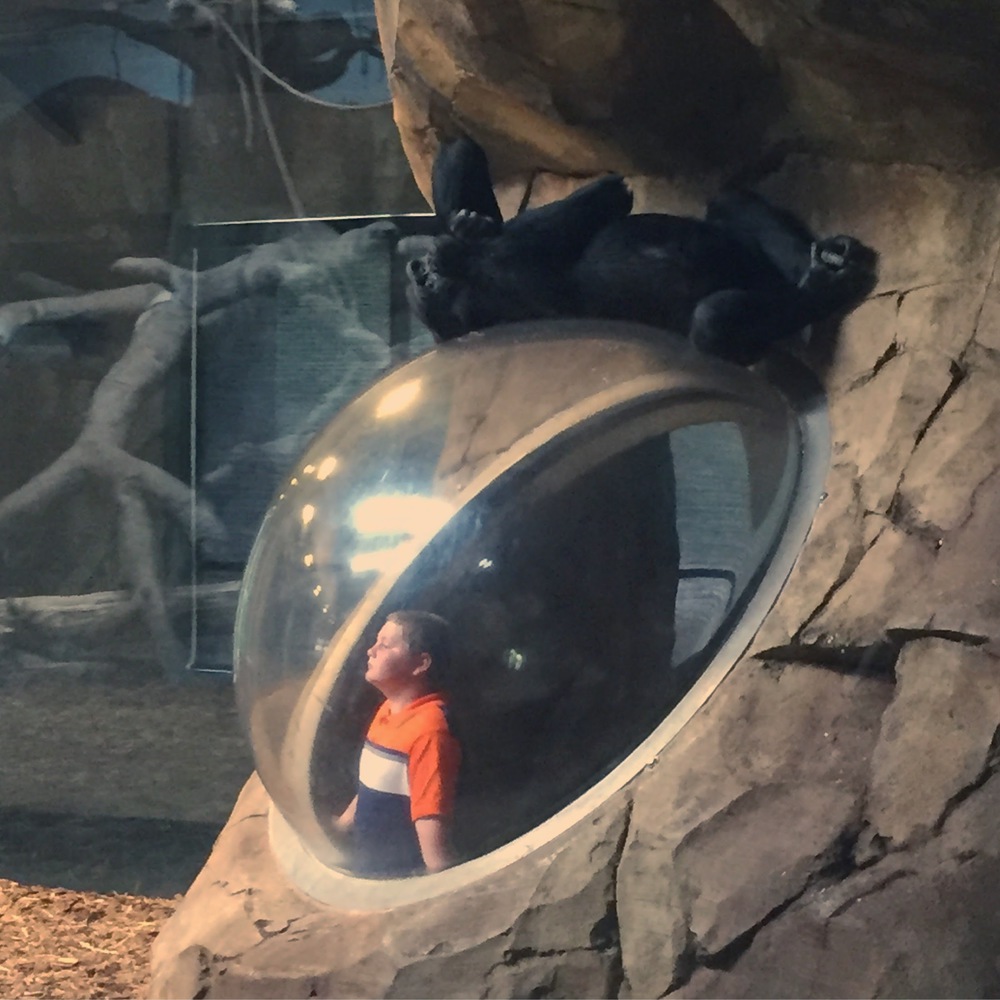 We took a ride on the chairlift that travels over the top of a large portion of the zoo, which helped to expedite the process of seeing as much as possible in such an enormous place. We spent almost 5 hours inside but still had to skip entire exhibits that we had intended to see. 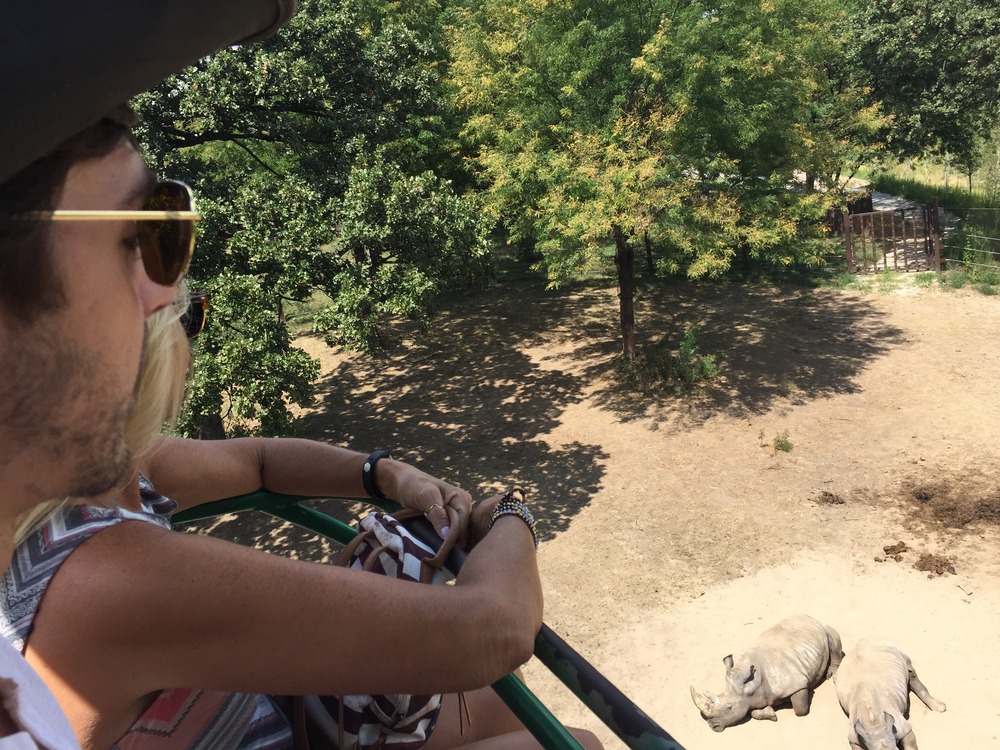 Another highlight exhibit was the "Desert Dome", which even just from the outside is an impressive structure. The inside is full of elaborately crafted areas that mimic various deserts of the world. The rock-like structures on the surface serve double duty, because beneath the top level there is a cave structure where nocturnal creatures and cave-dwellers are housed. The scale of just this exhibit alone was impressive, and it's only a small part of the entire zoo. The cave was enjoyable overall but the guano from hundreds of bats smells real bad. There's just no avoiding that I guess. I also learned that my Mom is pretty freaked out by bats. 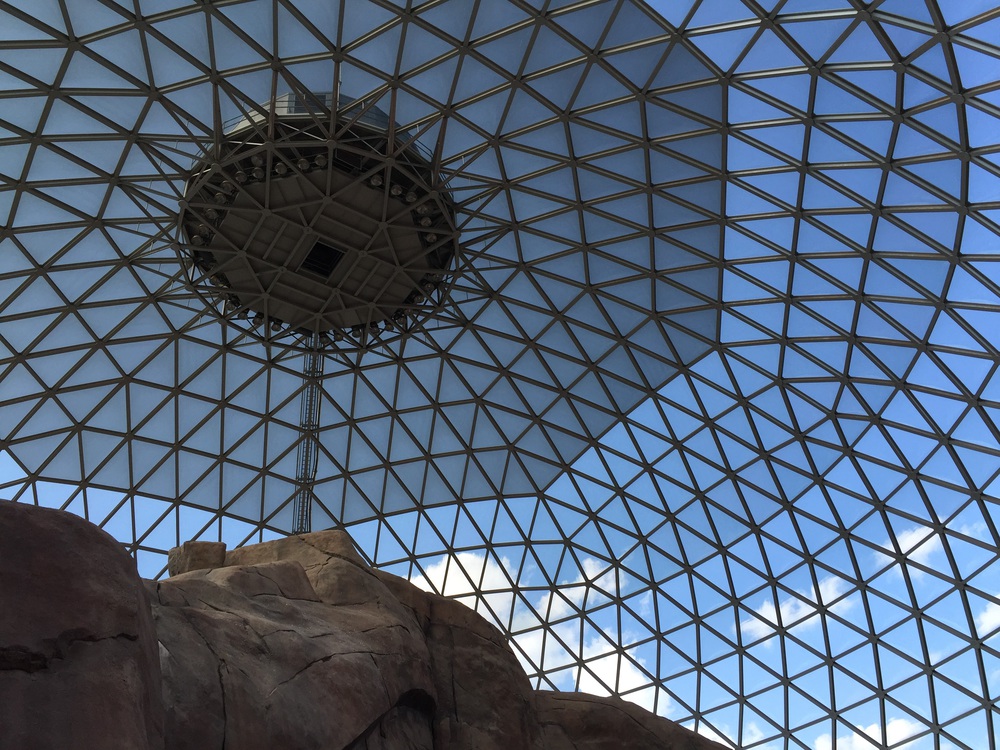 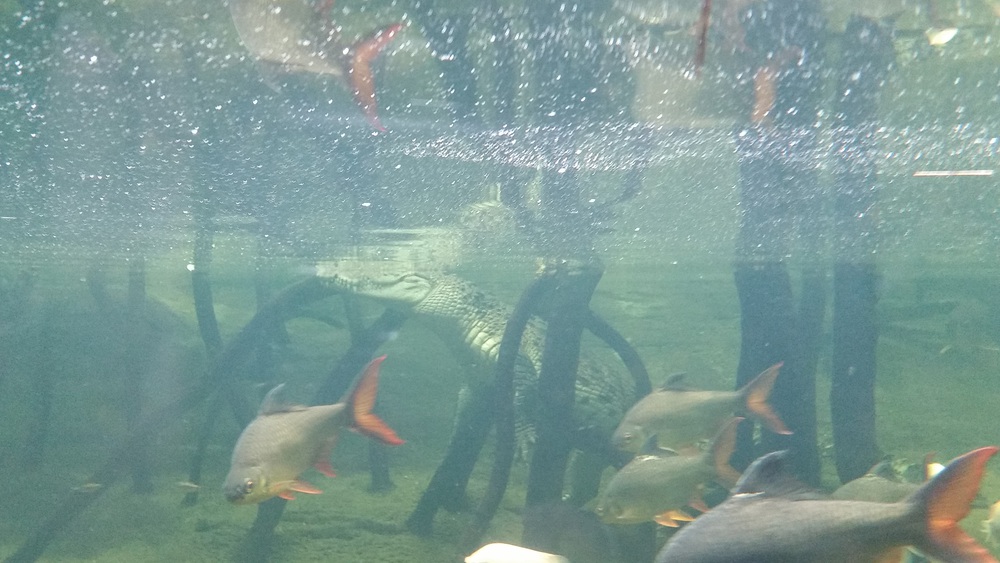 The next day we checked out some of downtown Omaha. The old market area was interesting to explore, with a lot of old brick, some good beer, and some friendly people. 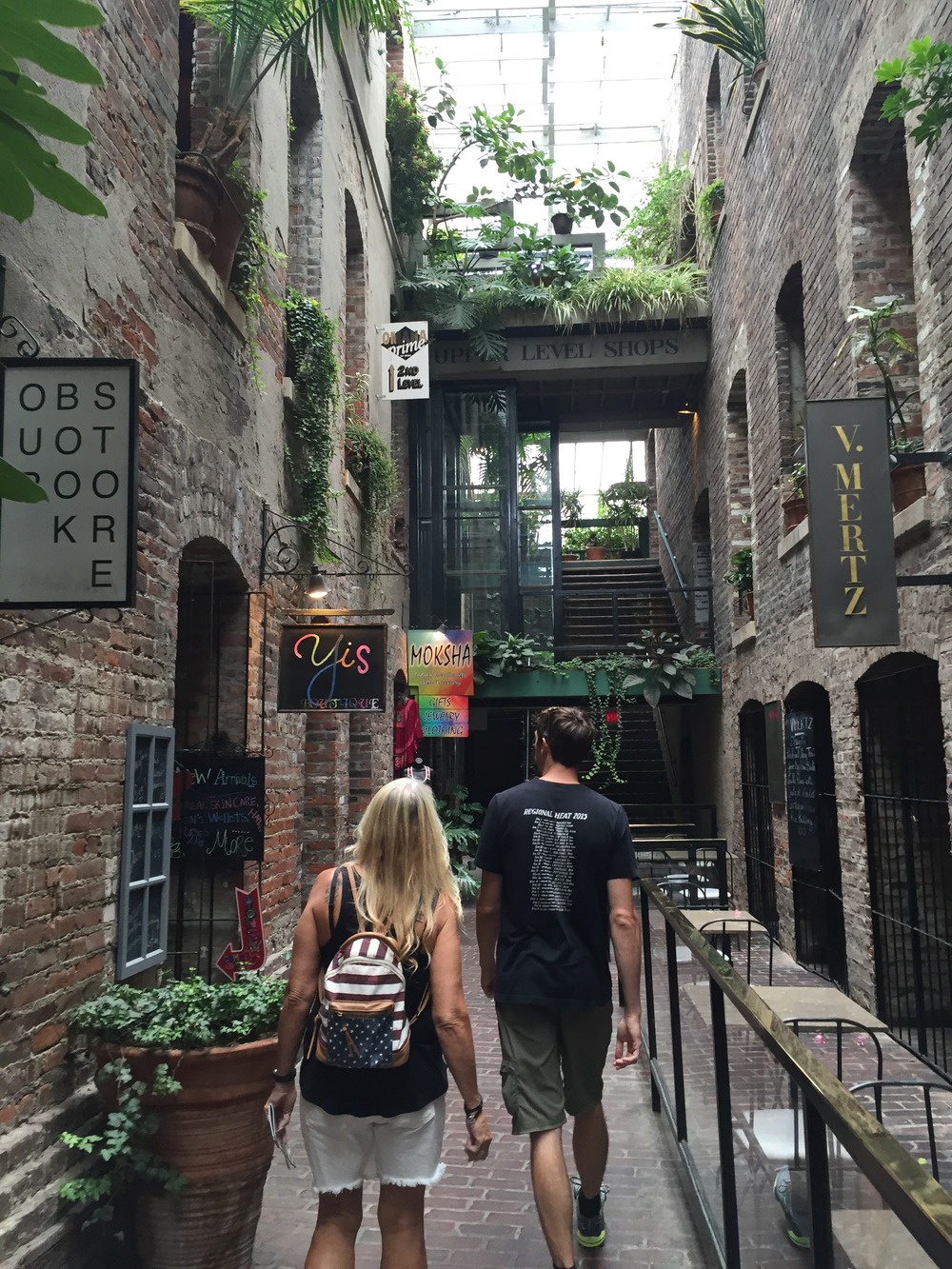 We rented some city-provided bicycles to ride up and over the Bob Kerry pedestrian bridge that connects Nebraska and Iowa over the Missouri river. There's a handy line drawn on the bridge so you can make sure you have one foot in each state for your photo-op. 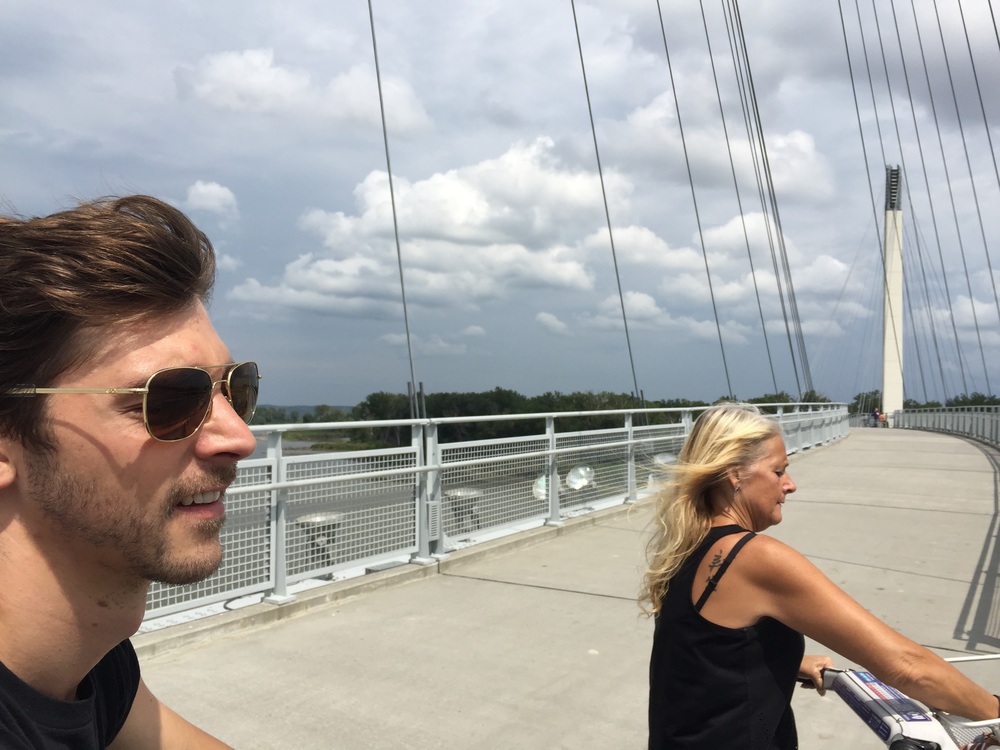 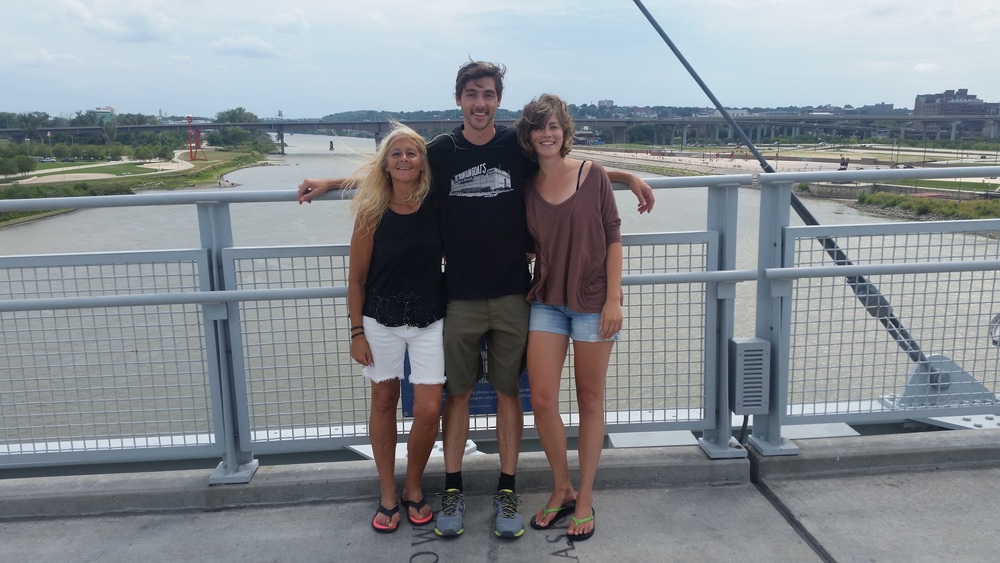 After spending the middle of the day checking out the downtown we met back up with Ann to go out for a nice catfish dinner. Whenever my Grandpa goes to visit Ann (his Aunt), they always go to a restaurant called Surfside for fried catfish, so we had to give it a shot. It's right on the bank of the Missouri River, or "Muddy Mo". It is quite muddy, but still nice to look at while digging into some fried catfish, fries, and fried cornbread with honey, all of which were excellent. 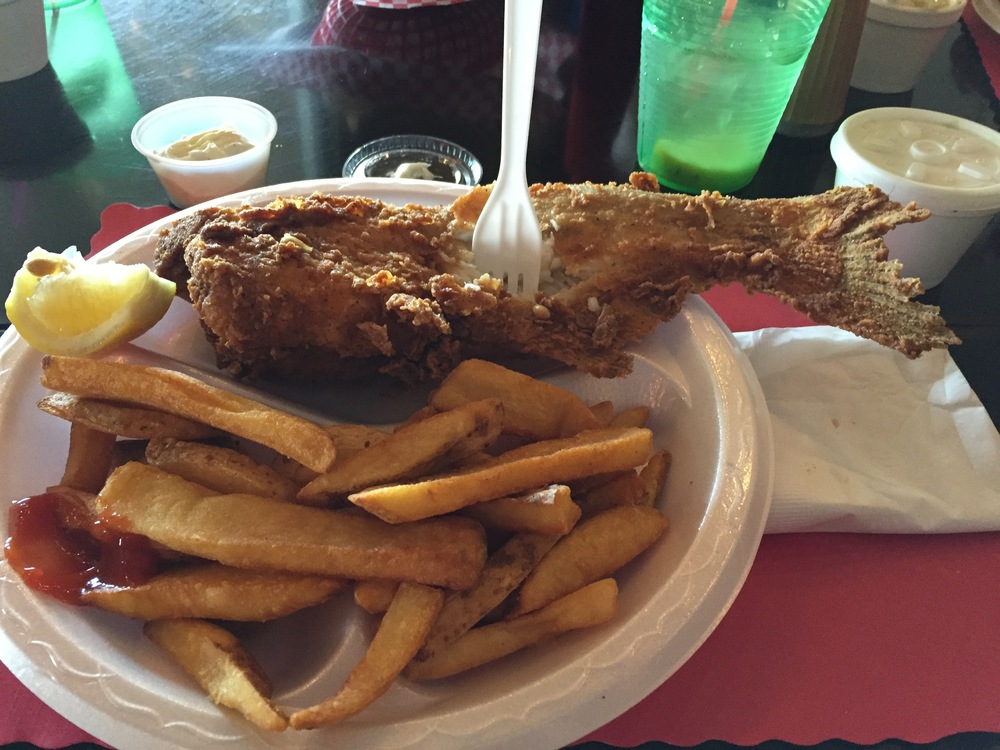 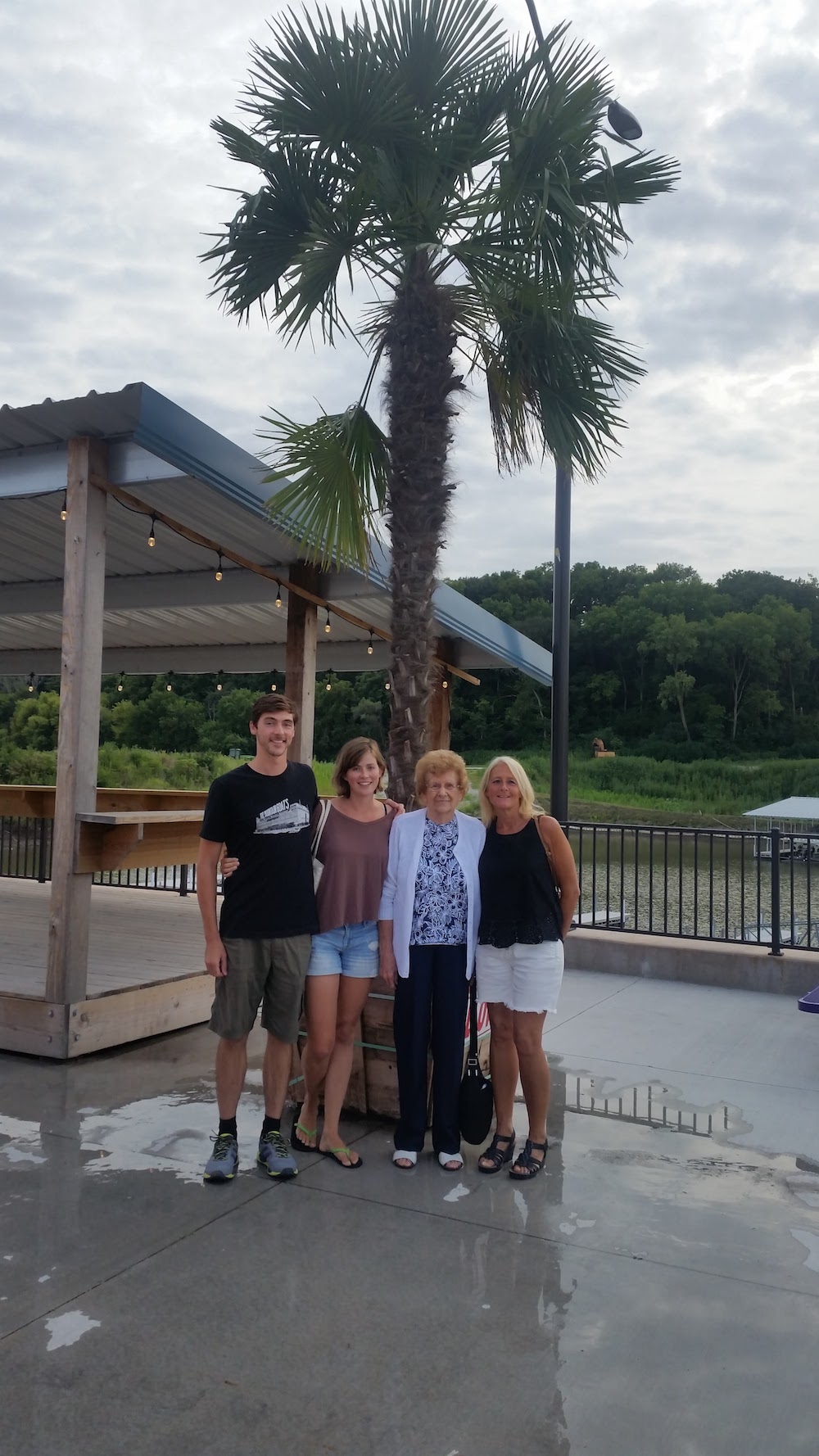 To finish off the long day, we went to one of Omaha's "escape rooms". For the uninitiated, this is basically a room that you are "locked" in and have an hour to solve a bunch of puzzles and open a bunch of locked chests that will eventually lead you to a key that gets you out of the room. The puzzles are always themed, and we chose the cursed Egyptian tomb theme. It was just the three of us in the room, but we worked pretty furiously at it and were able to decipher the hieroglyphs, pop open the chests and escape with 10 minutes to spare. 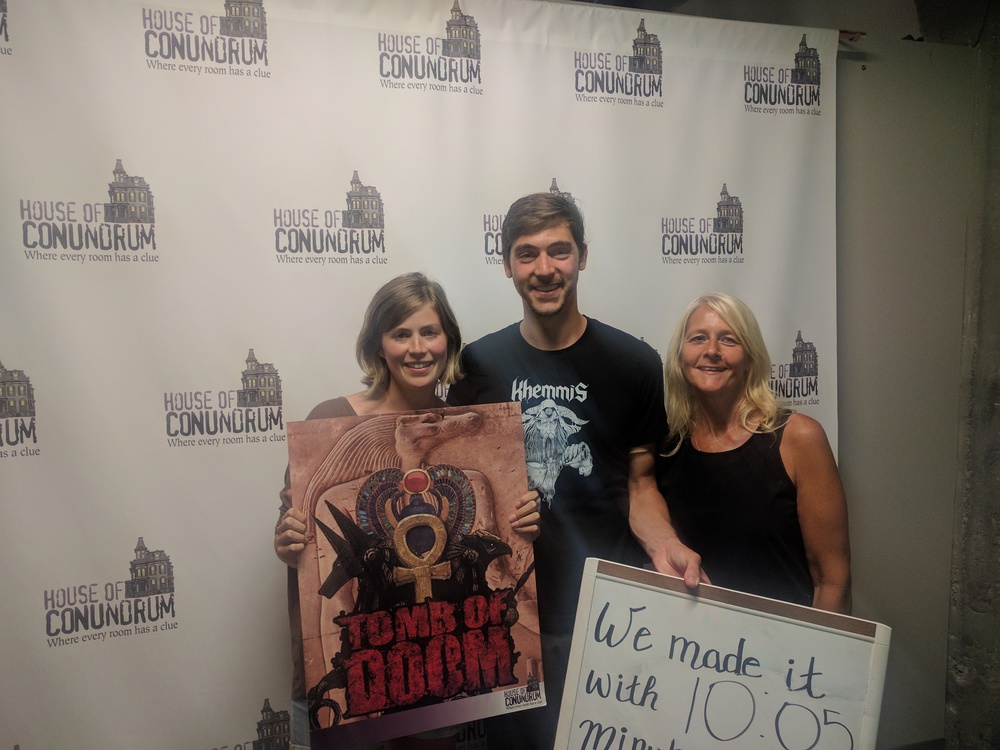 The next day we spent another quiet morning and then we loaded up my Mom and took her to the airport. Too bad the visit couldn't have been longer, but we did manage to burn through a pretty respectable list of activities in a very short time. 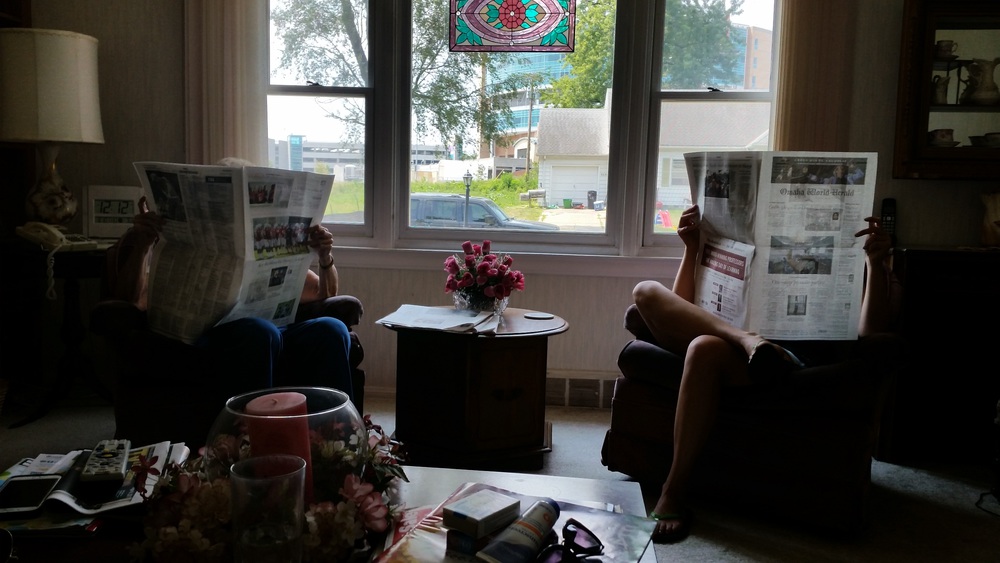 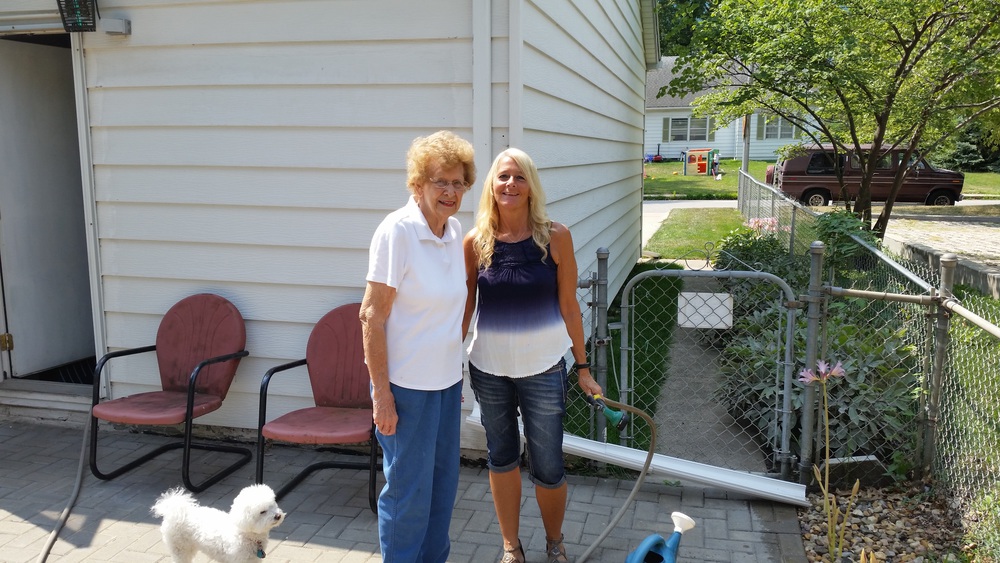 In the evening we went to the Jocelyn art museum to see a traveling exhibit on Parisian jewelry that Rosie had heard about. The rest of the museum was free, and the traveling exhibit only $5. Both were well worth it. No photography of the jewels was allowed, sorry, but there was plenty more to the museum. The museum building itself was one of my favorite things to look at there. 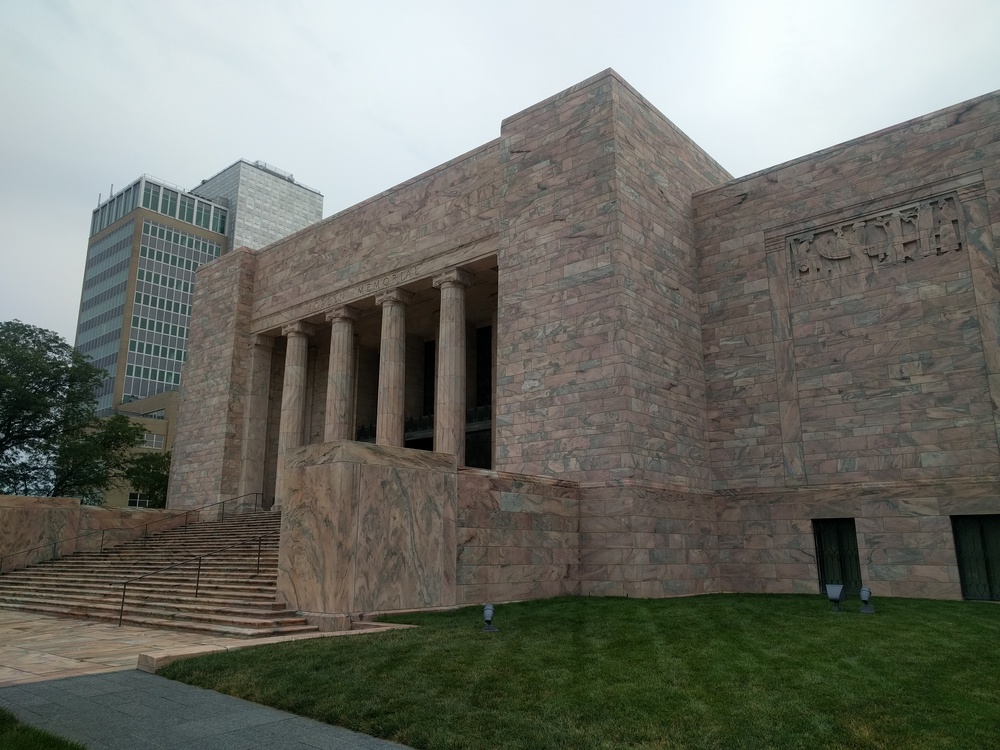 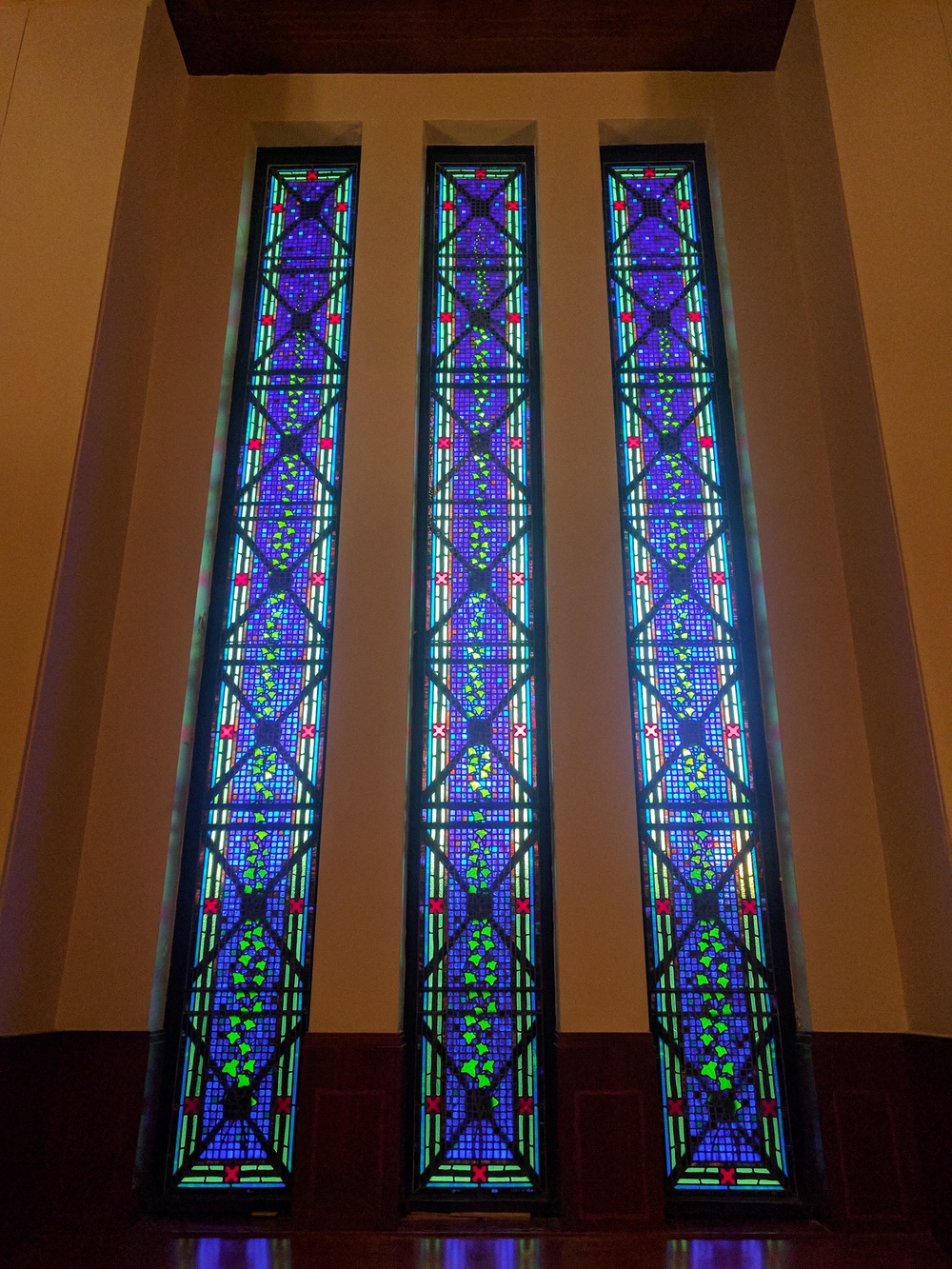 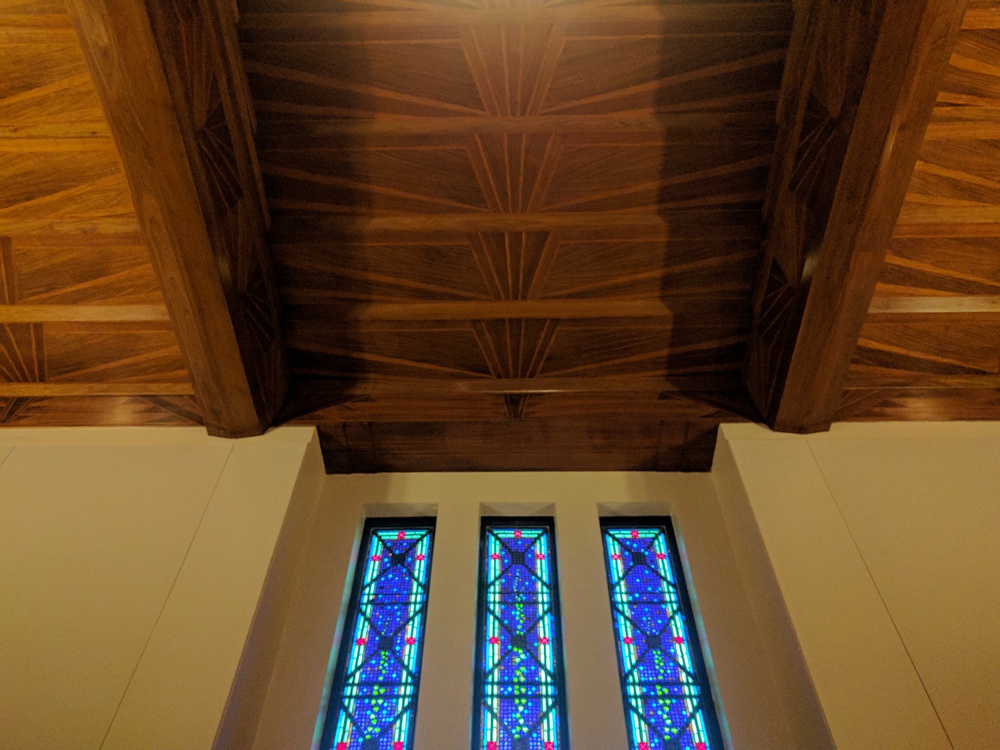 Rosie and I spent one more night at Ann's house. We usually take any opportunity for another night in a real bed. The next morning we got back to reality a little bit and cleaned out the van refrigerator, which had developed quite a funky smell. The smell is a consequence of the fact that it's pretty hard to keep everything upright in a refrigerator when you bounce it down a lot of gravel roads. Such is life on the road. We got things cleaned up and then said goodbye. We turned the van towards Iowa, en route to Madison, WI and two more good friends who we were looking forward to seeing.