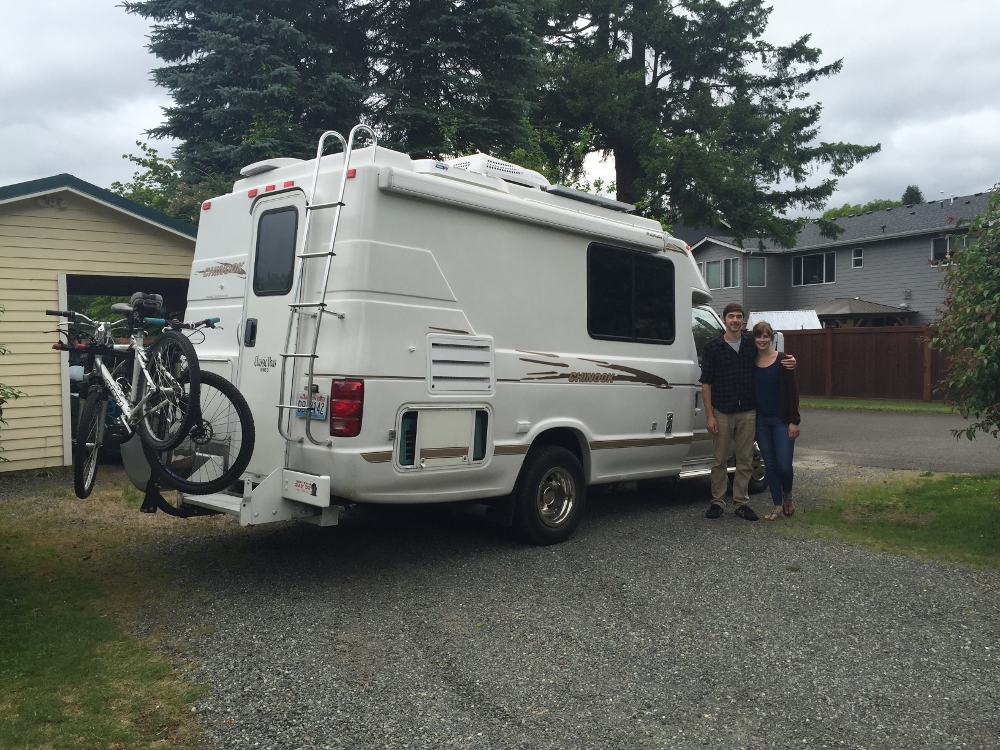 Our first stop was Fort Stevens State Park in Warrenton, OR, right on the tip of Oregon past Astoria. Outside of the mosquito swarms at camp, the park was beautiful. We rode our bikes down to see the Peter Iredale shipwreck in the evening and had a couple beers in celebration of our departure. 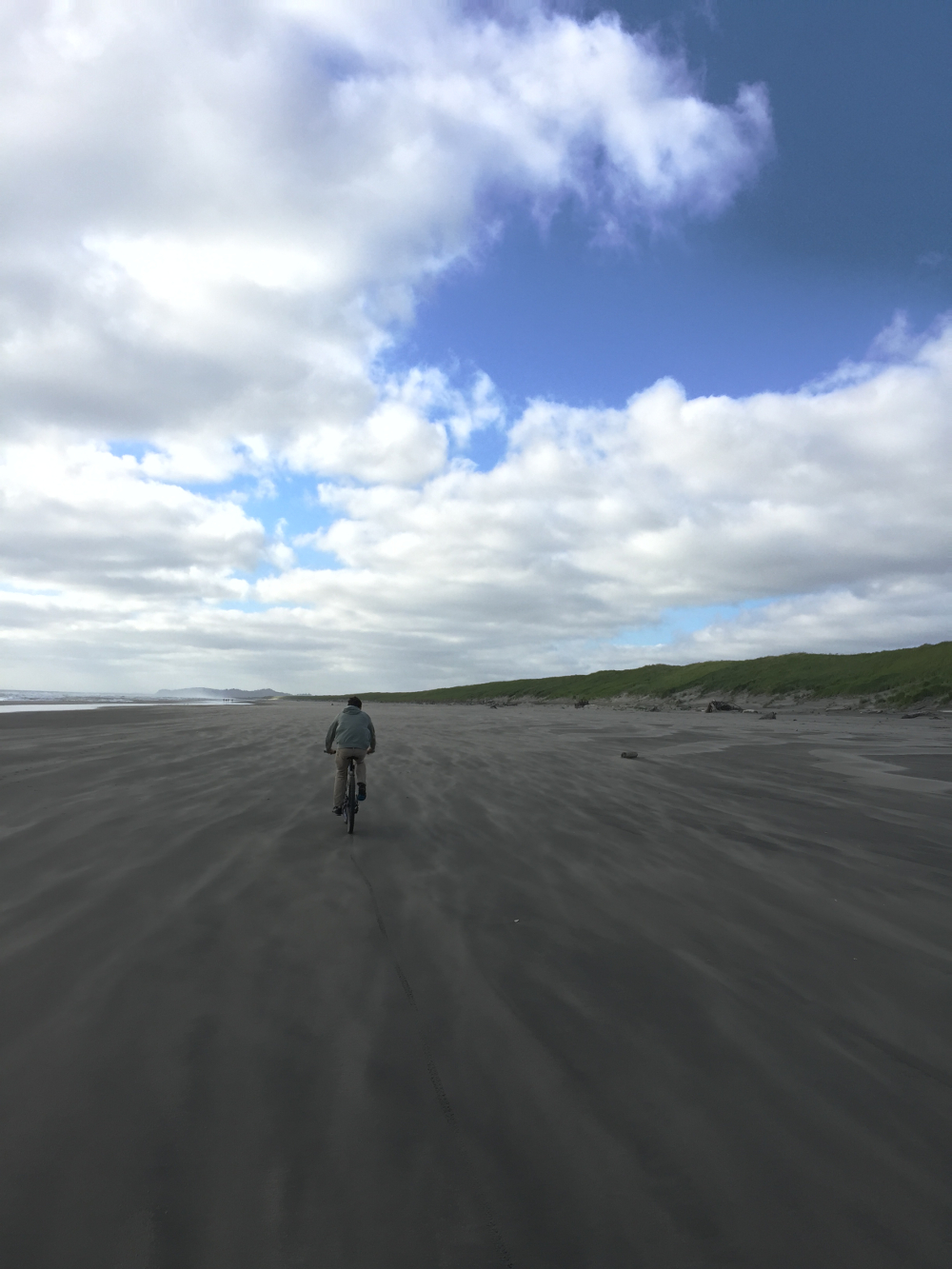 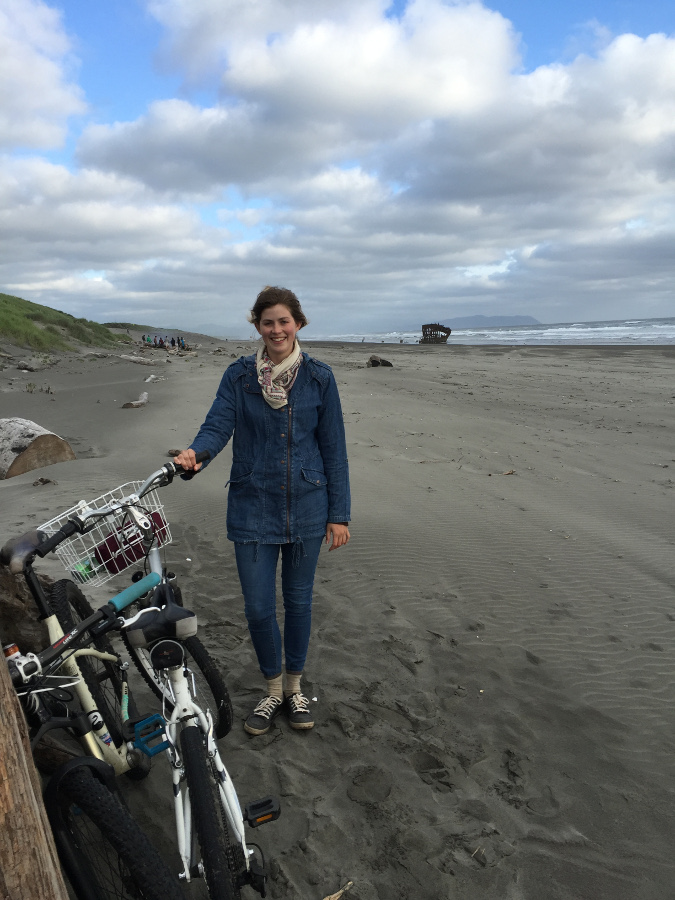 The next morning we rode our bikes down to the "historical area" at Fort Stevens, which I was glad we did because it was pretty cool and reminded me of Fort Worden in Port Townsend. Apparently it was the only continental US fort bombed during WWII. Facts. 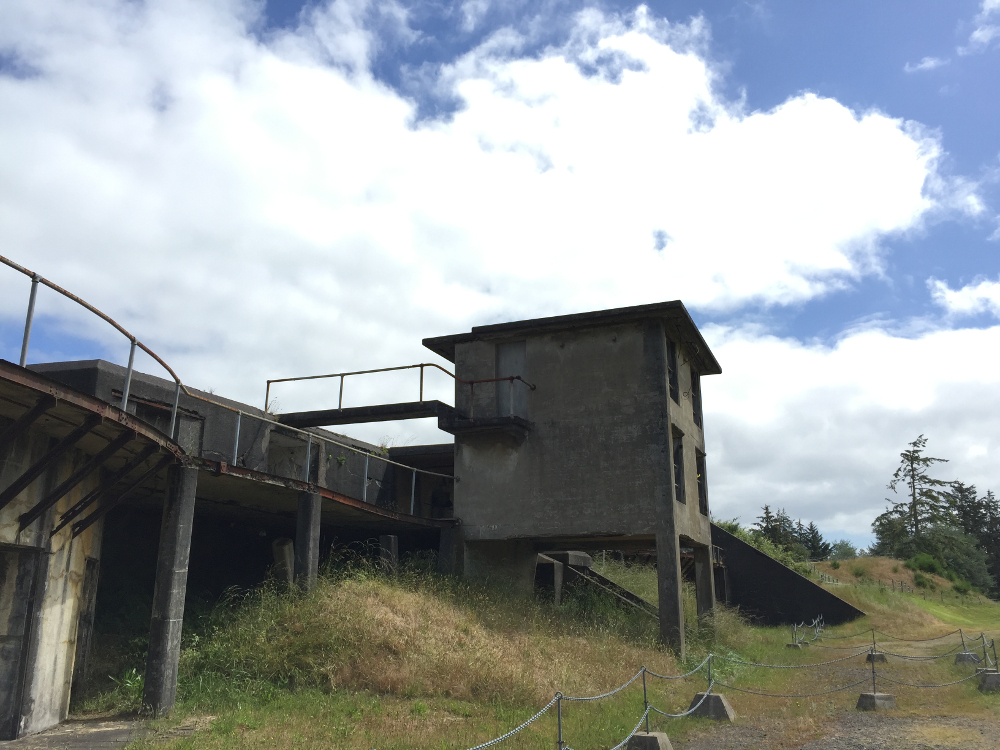 Lots of concrete bunkers, elk wandering through and a view of the ocean.

We left camp around 1pm and drove down the coast to see a few things in Cannon Beach that I always want to see - Bruce's Candy (so I can continue the tradition of eating same candy since I was 7), Haystack Rock and the former site of the house my family used to stay in every summer (now a million $ beach style fortress). We've done this me-designed tour of Cannon Beach enough times now that Dan knows exactly what I want to do and in what order without me realizing it. I am grateful he humors me in this way. We also drove the van up to Ecola State Park to see the views, which was nerve-wracking, but worth it. Had delicious sandwiches at the top. Driving down from Ecola (not great video but you get the idea):

From Cannon Beach we drove to Eugene, arriving at about 10pm to our friend Rosa's. We ended up sleeping in the van parked on the street, which was bright and loud after the previous night at the state park. I slept terribly, but coffee and showers at Rosa's in the morning made up for it. We spent the day around Eugene: getting 4 new tires for the van (no sales tax), buying flip flops, hanging out at Skinner's Butte park by the river and drinking beer at Hop Valley with Rosa and her friend Alden. It was getting hot in Eugene and temps were expected to rise to 100F by the weekend, so we escaped back out to the coast where it was cool. 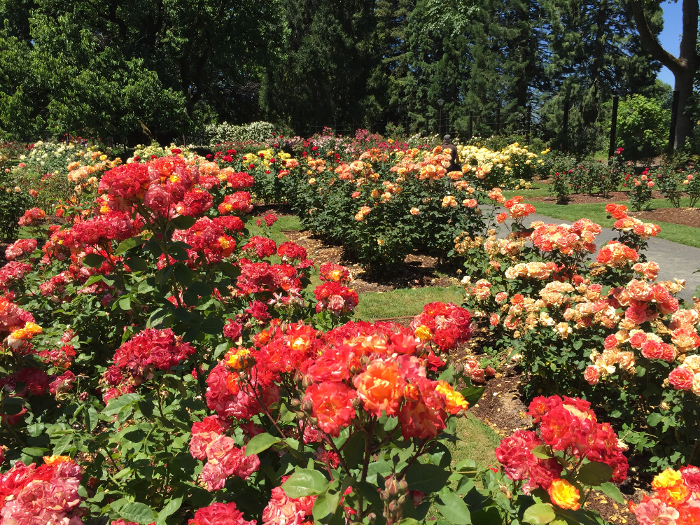 We had planned to stay at a state park again near Florence or possibly Coos Bay, but on the way out saw there was free RV camping at a casino outside of Florence. It was more or less a collection of white-hairs and their RV's in a brightly lit parking lot, but felt surprisingly comfortable and safe after Eugene. In the morning we drove out to a day-use park by the water, one we've been to a handful of times before, but is beautiful and windy with grassy dunes and driftwood shelters. 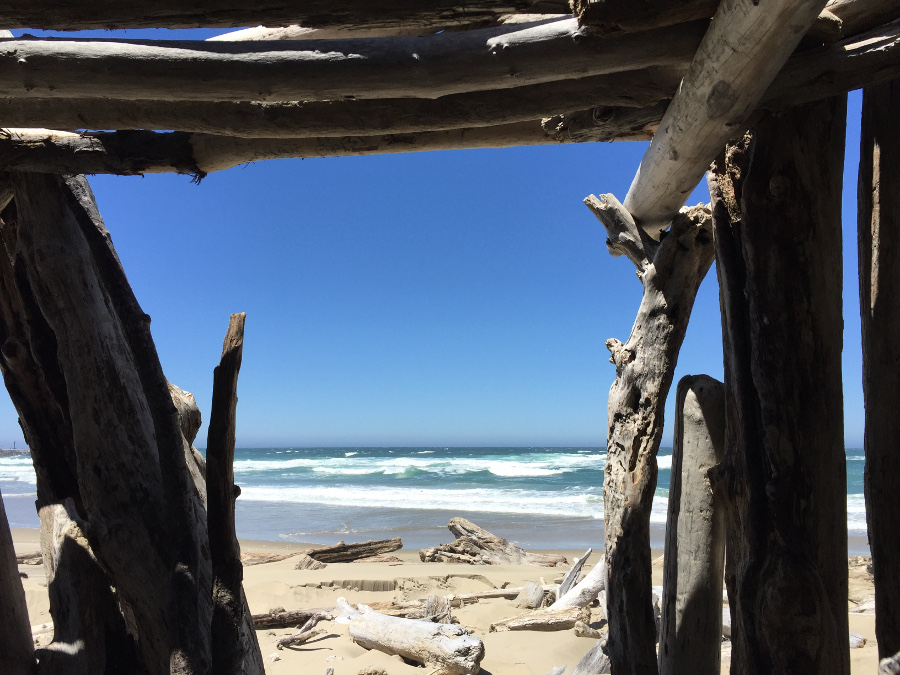 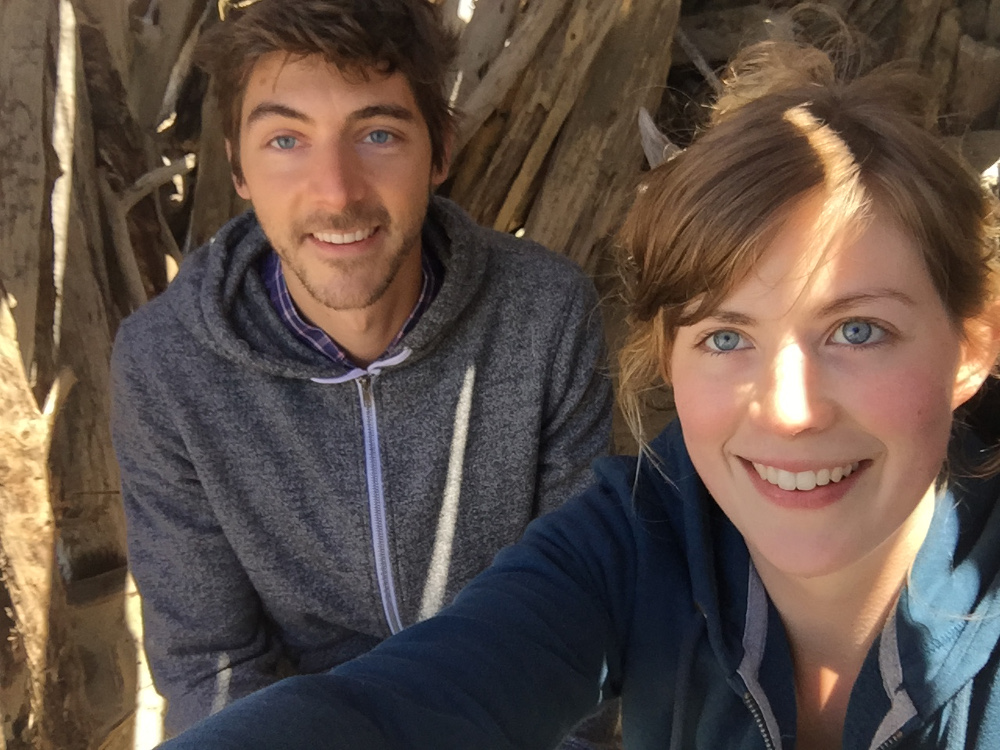 From Florence we drove down the coast further, stopping in Bandon for lunch and trying to make it to Harris Beach State Park at the end of the OR coast. 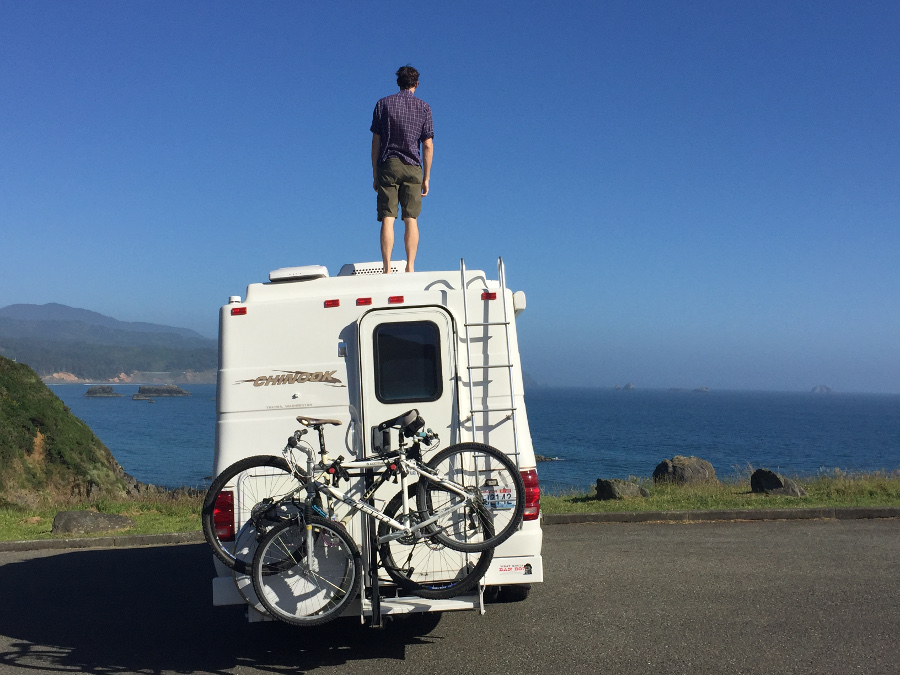 We ended up stopping at Humbug Mountain State Park to camp, a few miles south of Port Orford because it looked really nice. It's right off of 101 but otherwise quiet with a trail to the beach from the campground. After parking we biked down to the water and sat and drank beer and ate super garlicky cheese curds (true romance, lol) we bought at the Bandon farmer's market. 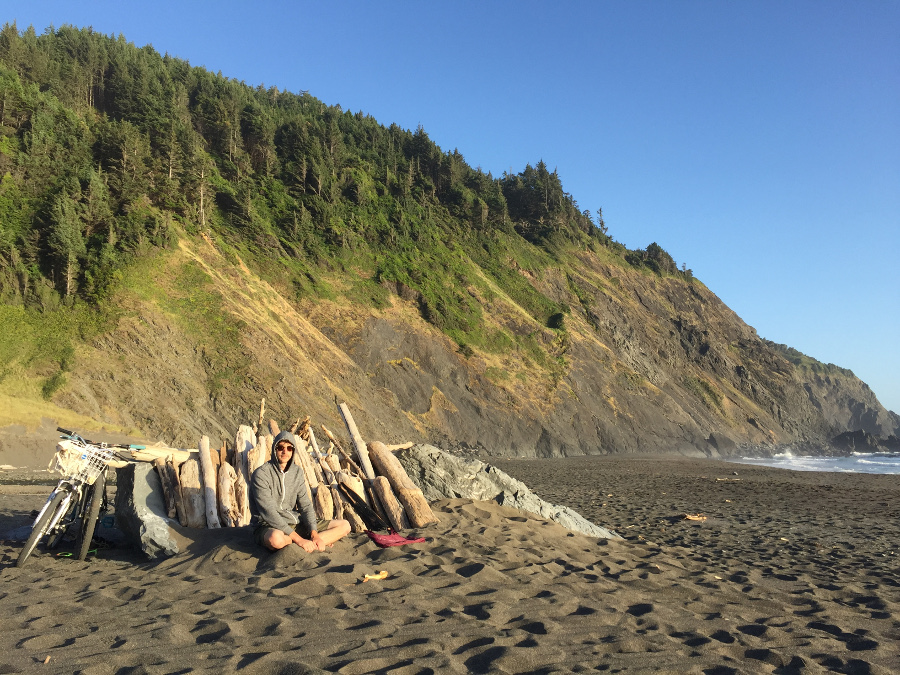 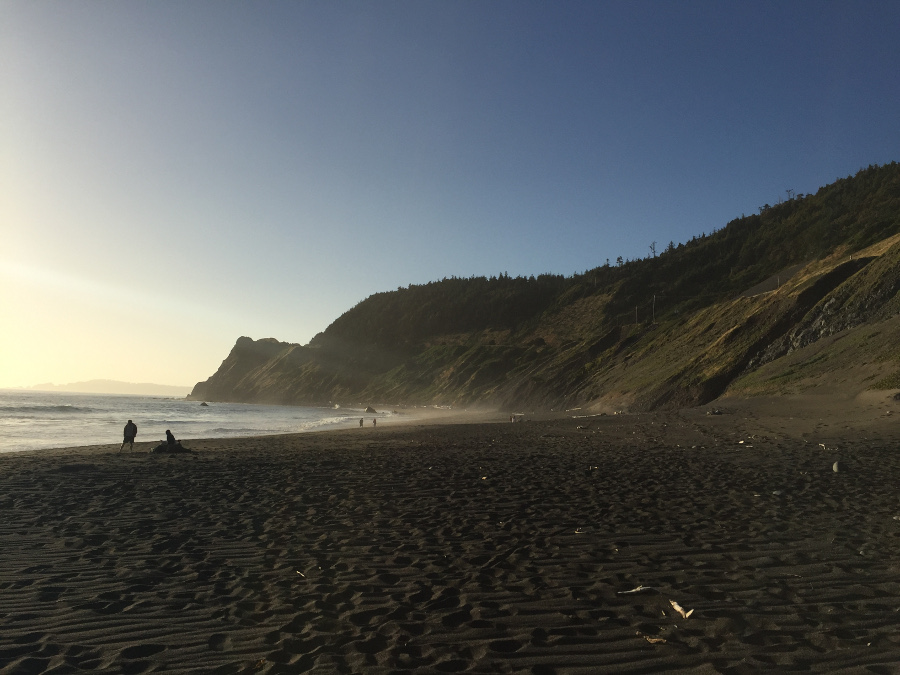 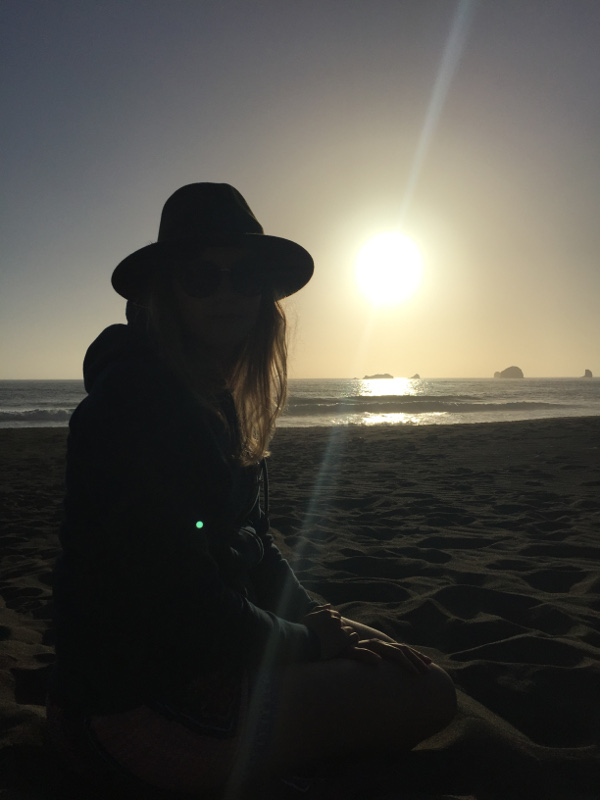 We got up early and hiked Humbug Mountain (5 mi) the next morning, which was fun and somewhat strenuous. Local wildlife included some type of small snake, dead mouse, Steller's jays and miscellaneous spiders. There weren't great views but it was fun to see the Pacific appear through the trees every now and then. 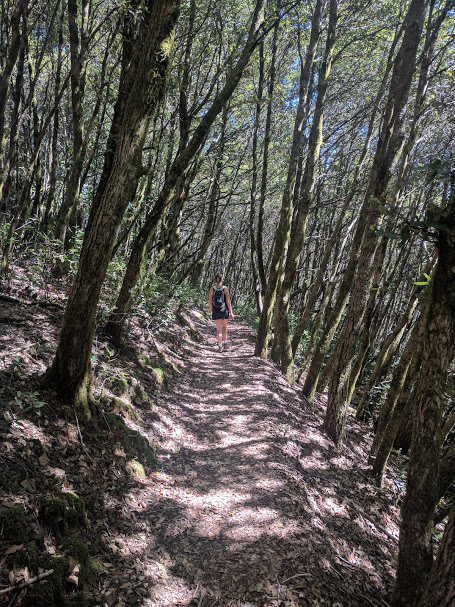 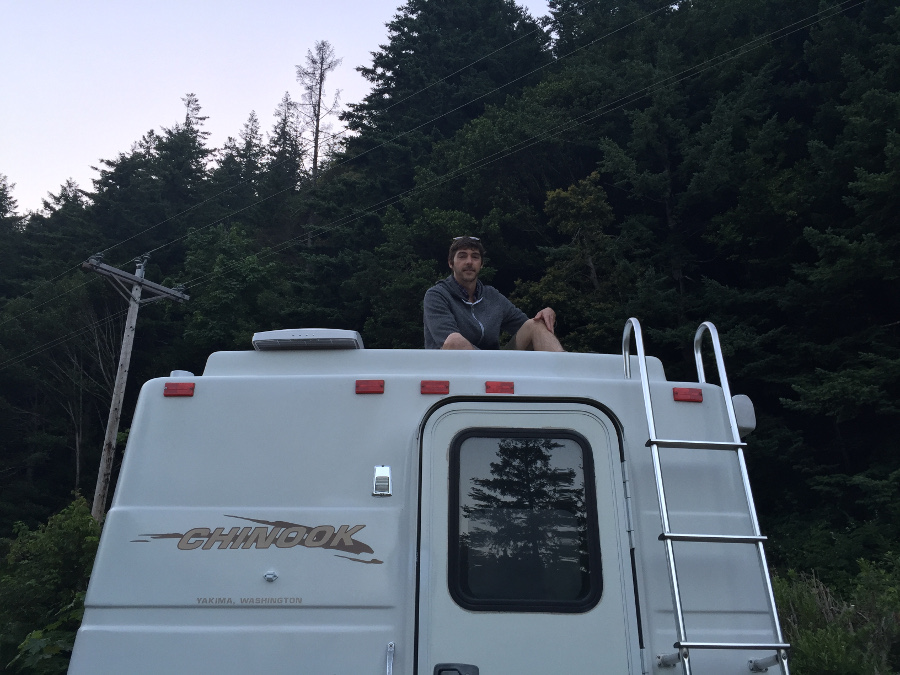 OK so after Humbug we kept driving south, stopping at a few lookouts, including Arch Rock. The water was so blue/green and perfect, as you can see: 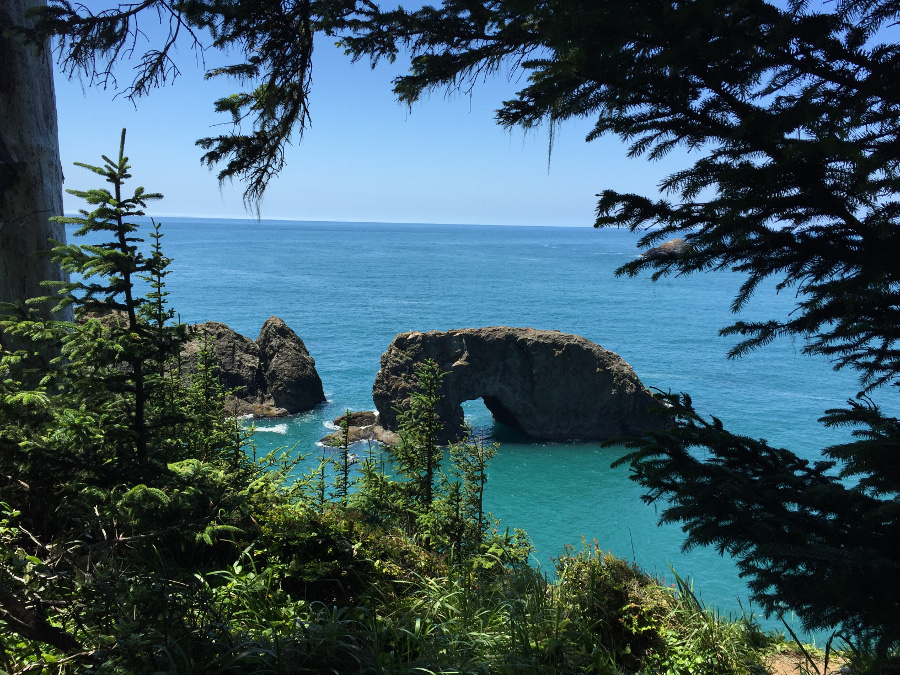 Eventually we ended up at Harris Beach. We spent a few hours hanging out on the beach, reading, walking around and drinking beer. This concluded our Drinking Beer on the Beach tour of Oregon.

Made dinner and watched the sunset, which drew an impressive crowd of people by the way, it was like people waiting to watch a 4th of July fireworks show. Did not disappoint, though. 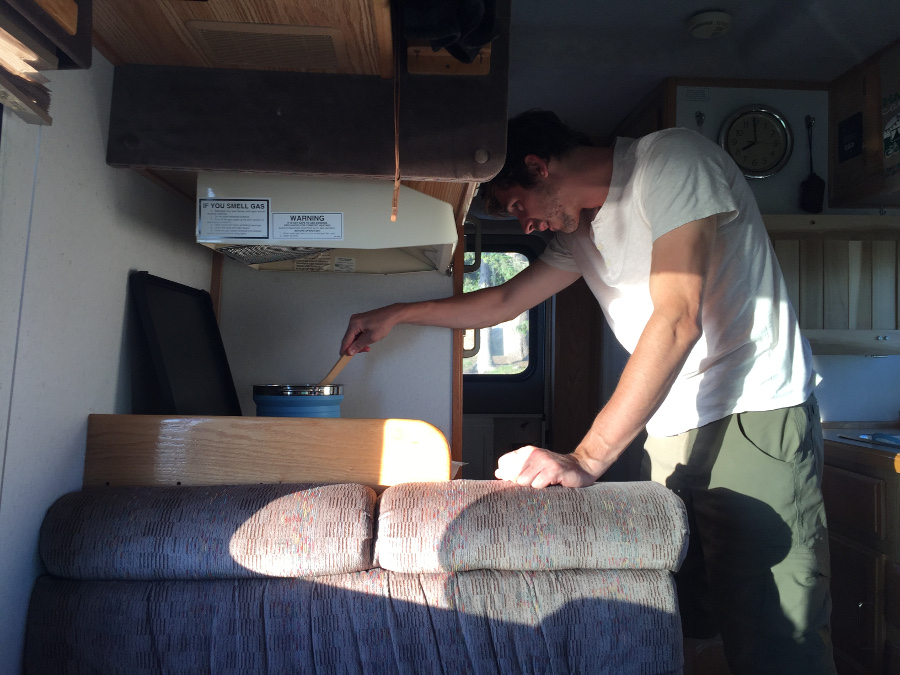 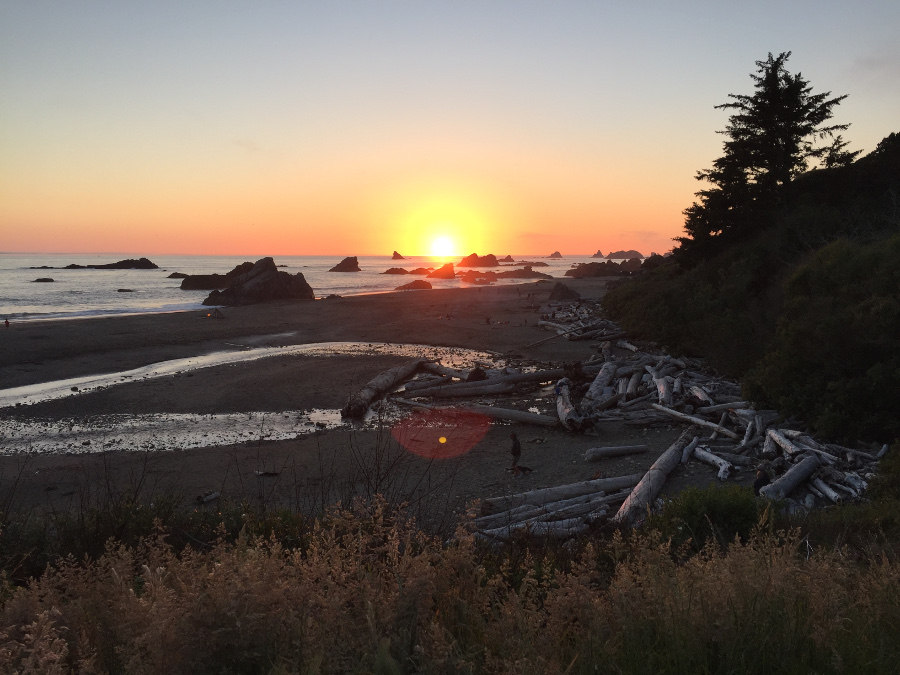 Now we've made it into California. Next stop Redwoods en route to Sacramento and Oakland to see my aunt and uncle, sister/brother in law and niece.

Prev:  WE HAVE COLD AIR. and are getting close.

Next:  Crescent City to Eureka