After leaving Pecos in the morning, covered with grime from all the oil trucks and dusty roads, we drove north to see Carlsbad Caverns in southeastern New Mexico. The drive was really pretty, winding over hillsides and past bright yellow aspens. 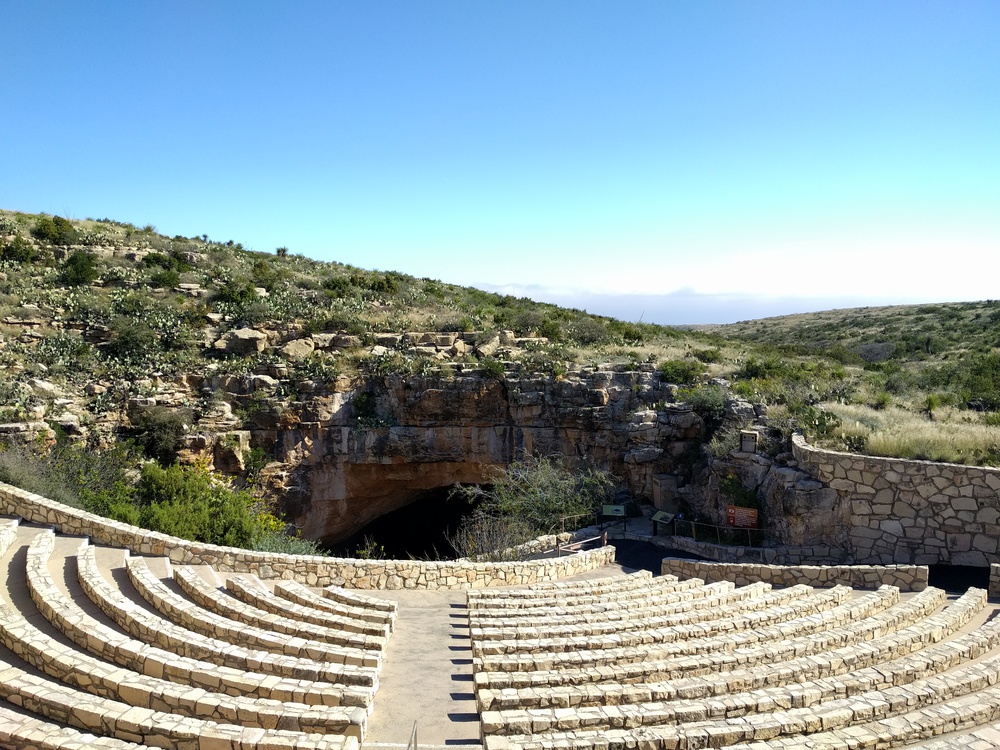 At Carlsbad Caverns, the entrance to which actually sits on top of a big hill, you can choose to either take an elevator down into the main chamber (called the “big room”) or walk the few miles down from the natural entrance of the cave. They really make a big deal out of “strenuous walk” this and “steep grade” that, but it is all downhill and only a mile or two. Taking the natural entrance allows you to see more of the caves. 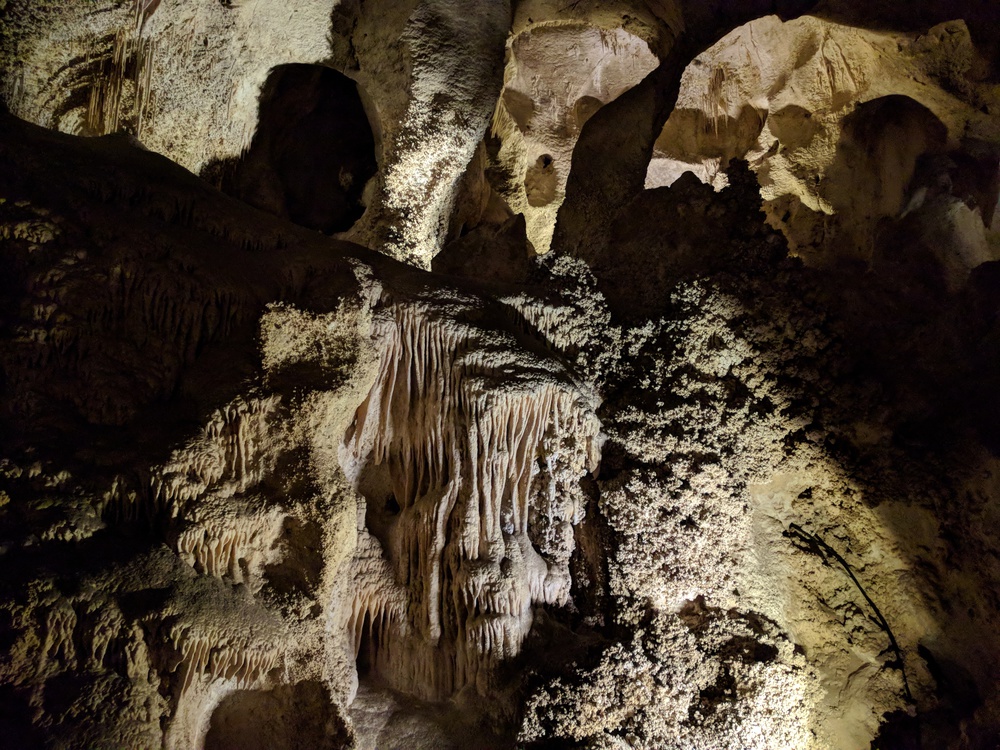 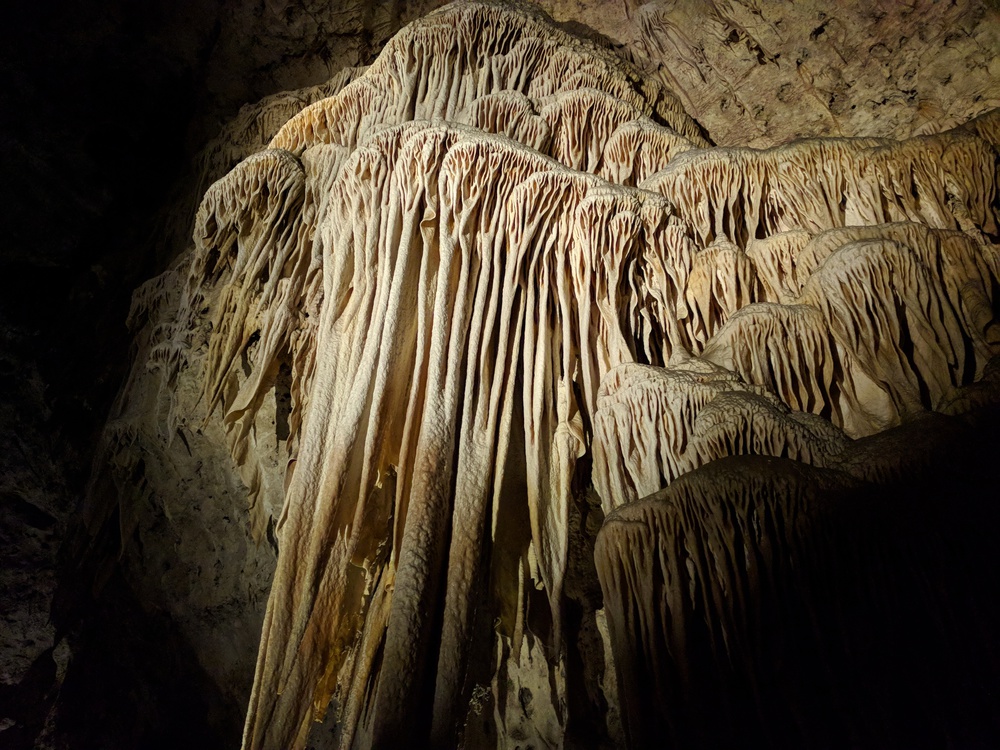 The natural entrance is a bit spooky, just a gaping hole in the earth. You could smell the bats which roost here part of the year. The path meanders down and down until you reach the dark zone, where no natural light reaches but is illuminated by electric lights. It's a pretty amazing feat of engineering to consider how they wired up the whole place. 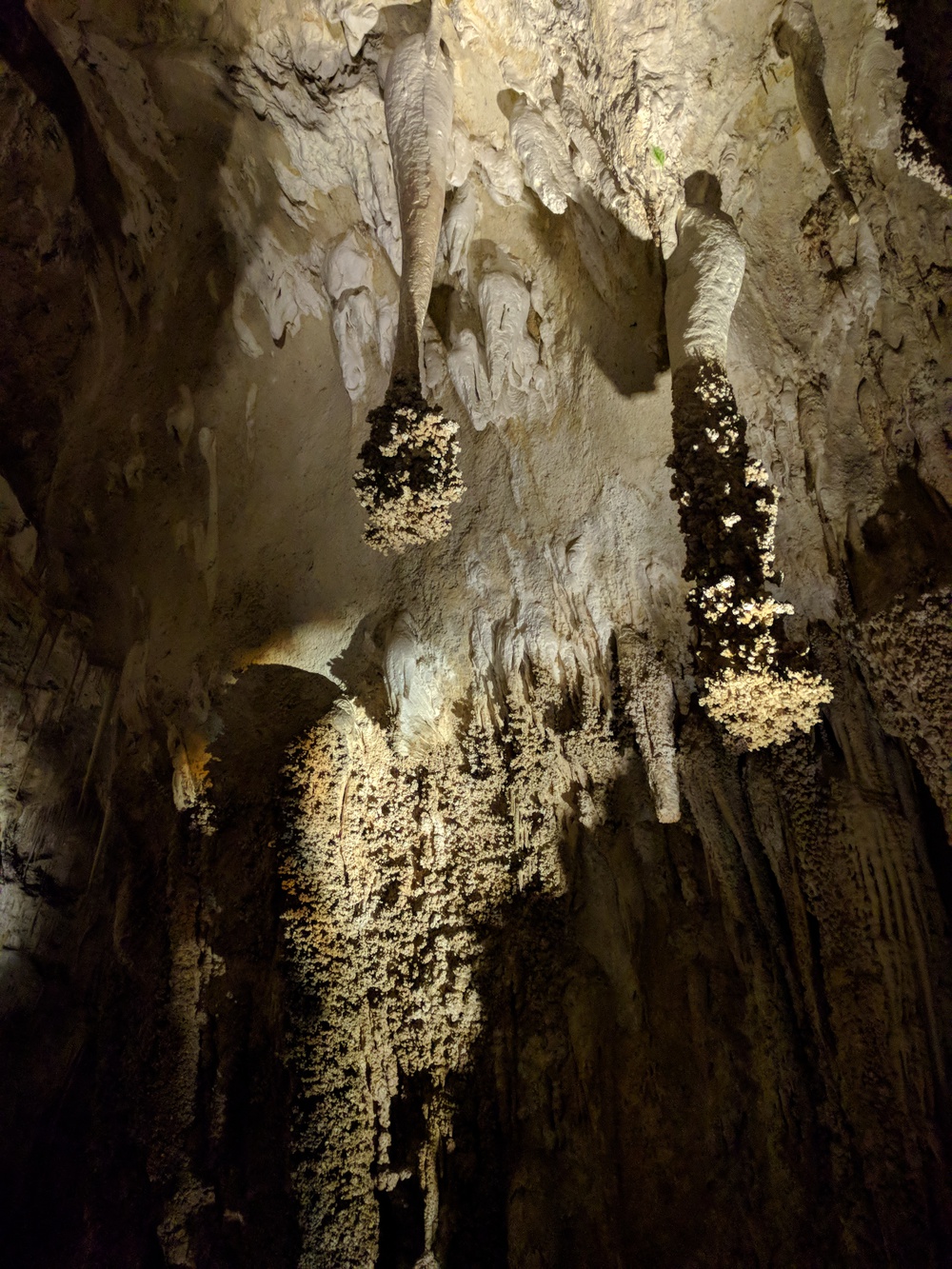 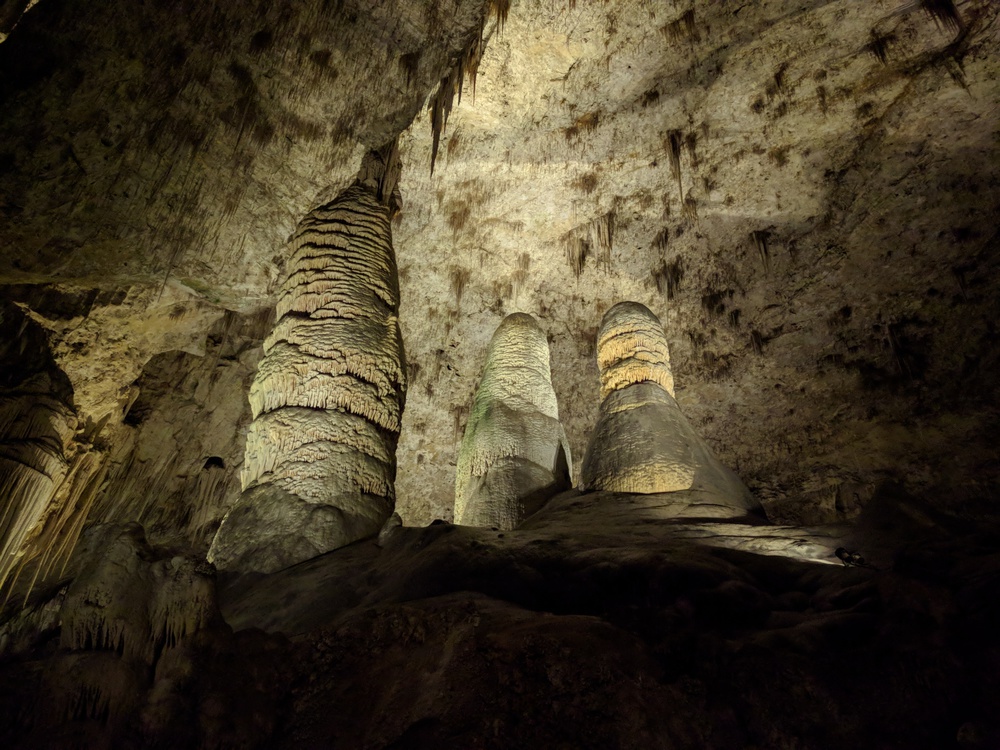 Once you get to the big room the trail leads you in a loop past giant cave formations like hanging curtains (which look like gross folds of skin), stalactites/stalagmites, subterranean pools of water and gypsum crystals. We had a flashlight with us which was useful for seeing the sparkle of the crystals that hide in the dark. We looked into the Bottomless Pit, named by explorers who had only lantern light and couldn't see the bottom. 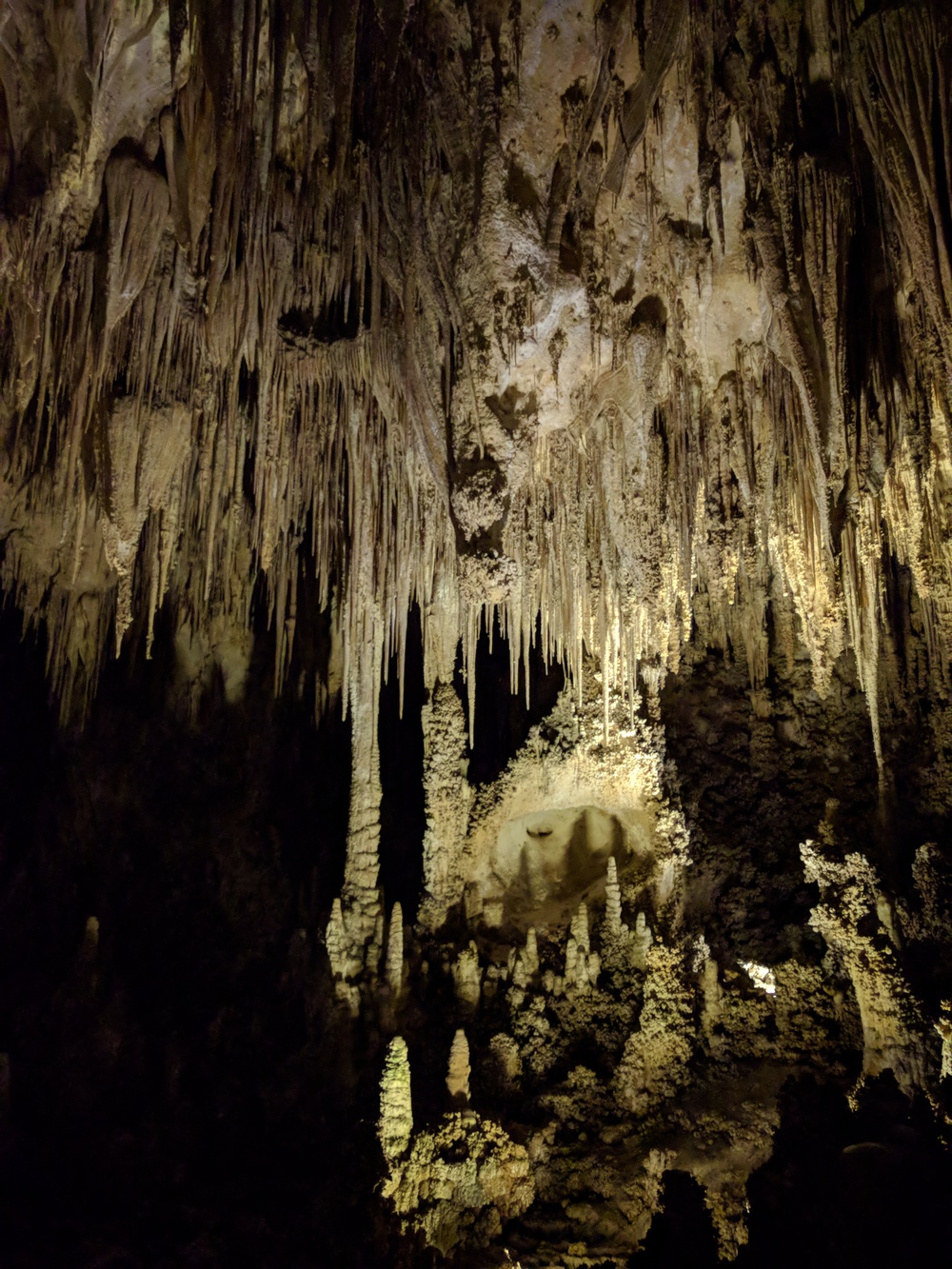 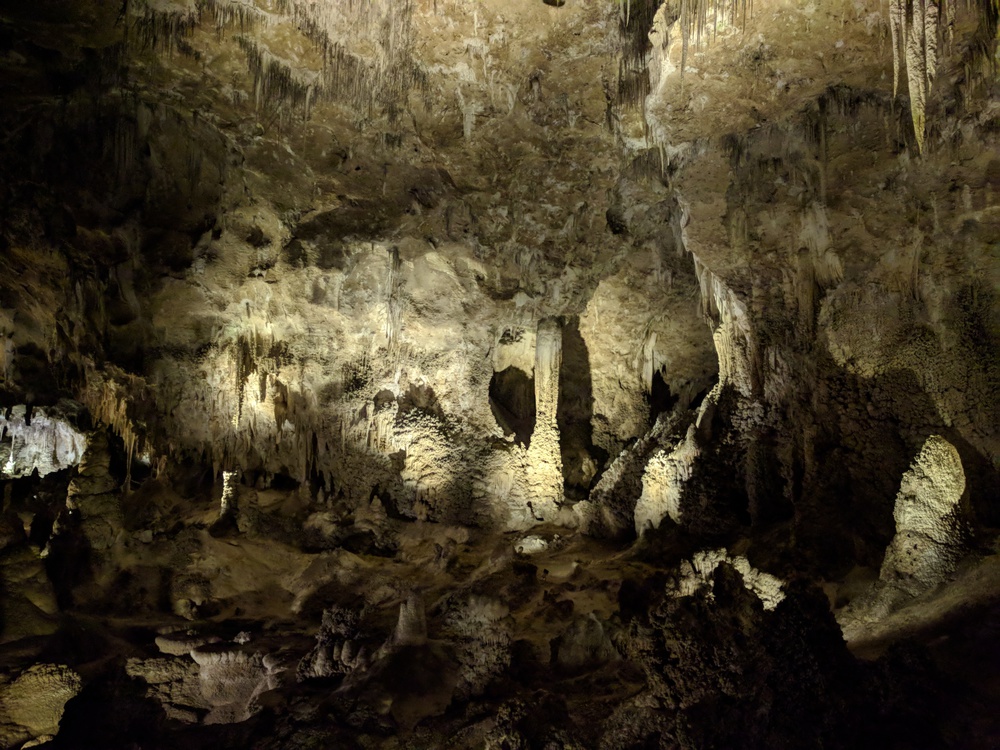 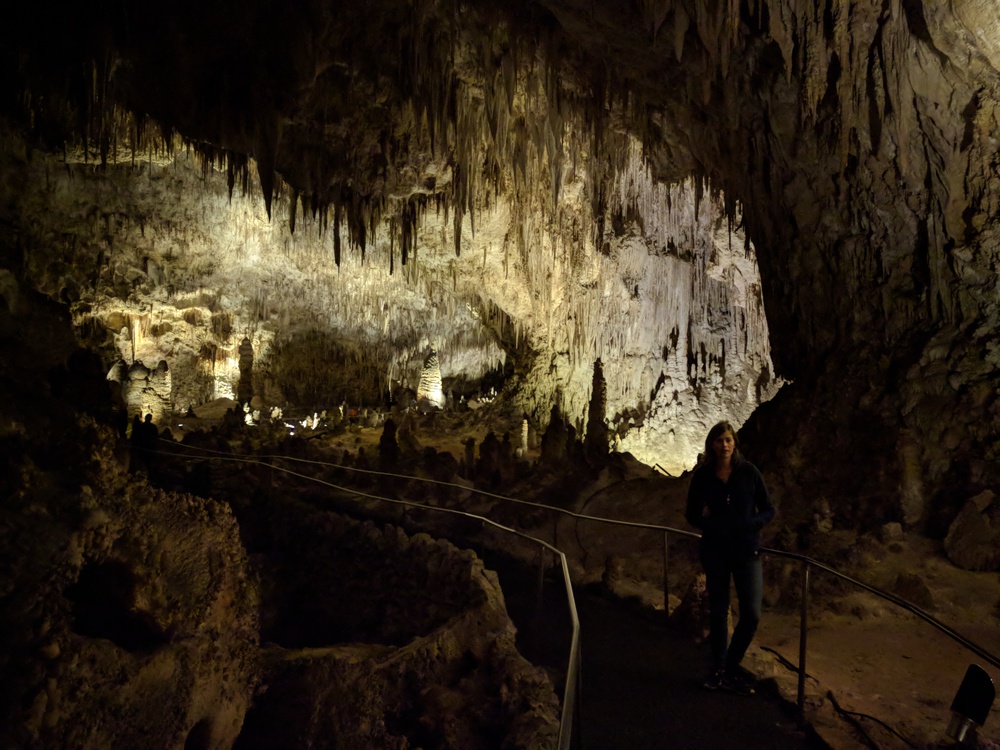 Some of original artifacts (like an old ladder and stairs) were still present from explorers in the early 19th century. Inital exploration of the cave by people actually dates back to 1,000 years ago when American Indians “ventured into the cave to leave mysterious drawings on cave walls near the natural entrance.” These unfortunately are no longer visible. 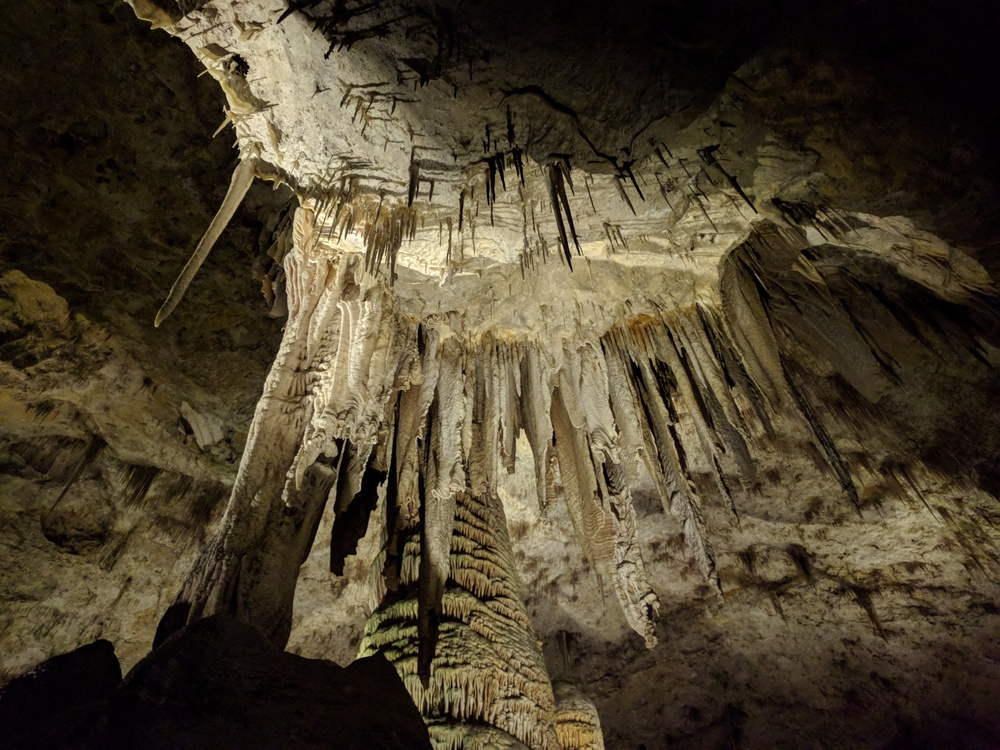 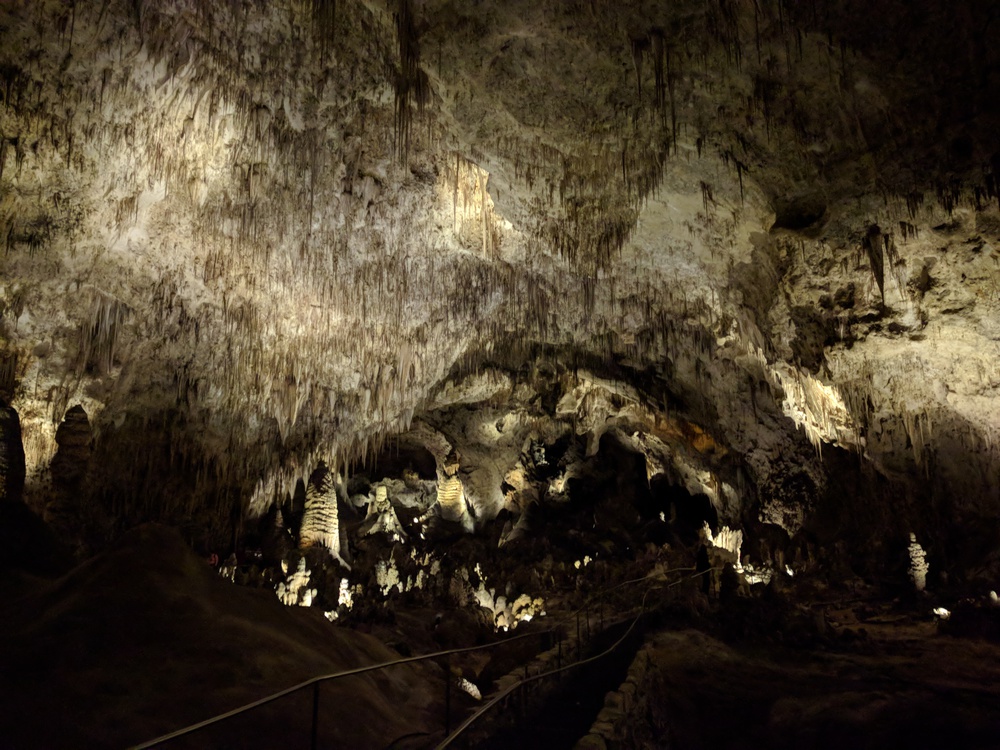 After a while it started to feel a little claustrophobic down there so it was a relief to get back up into the light of day on the surface of this great Earth.

After Carlsbad we had some Mexican food nearby (Dan is trying to eat as many hatch green chiles as possible while in the Southwest) and then washed the van. We made a last minute decision to drive up to Roswell, New Mexico to try and see some aliens.

The main attraction in otherwise quiet Roswell is the International UFO Museum and Research Center. $5 admission got you into the place which mainly had old newspaper clippings, photocopied government documents and photographs relating to the Roswell incident of 1947. 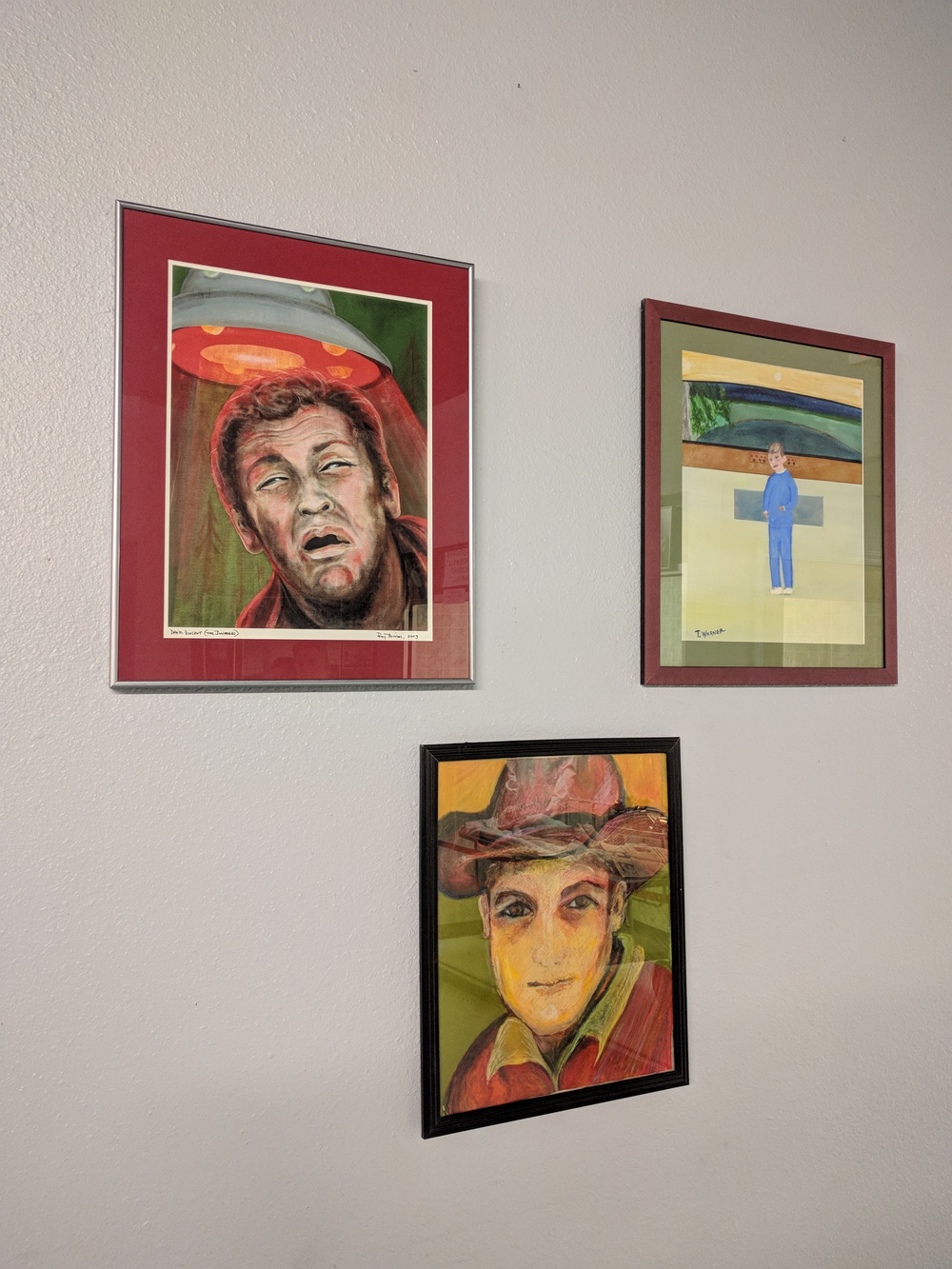 They also had a myriad of alien-related paintings, a display of movie posters and memorabilia related to Roswell and the BEST part of the whole thing: a spaceship/alien recreation of the Roswell event, complete with eerie alien style sound effects and a fog machine. I think it was on a 20 minute timer. This alone was worth my $5. 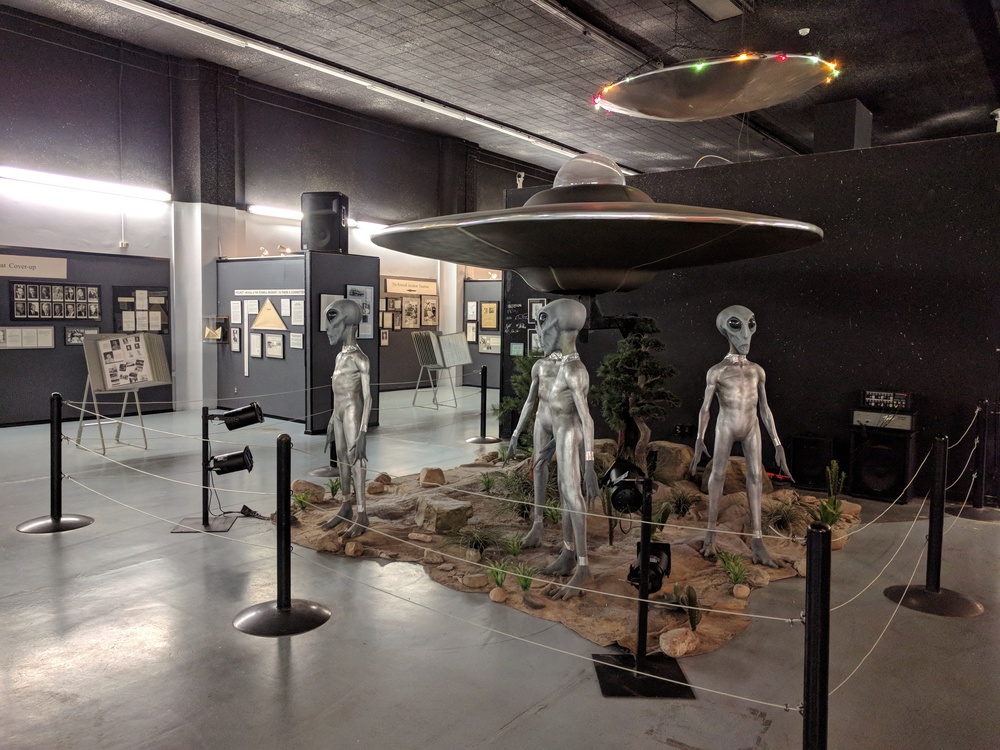 It is unclear if any UFO research is still being conducted as part of the Research Center, and I didn't feel altogether convinced that much ever happened there at all. The most compelling evidence were depositions from past military-men who were involved with Roswell that pointed to a government cover-up. What exactly they were covering up is unclear. I'm not into conspiracy theories so I'll leave it at that. 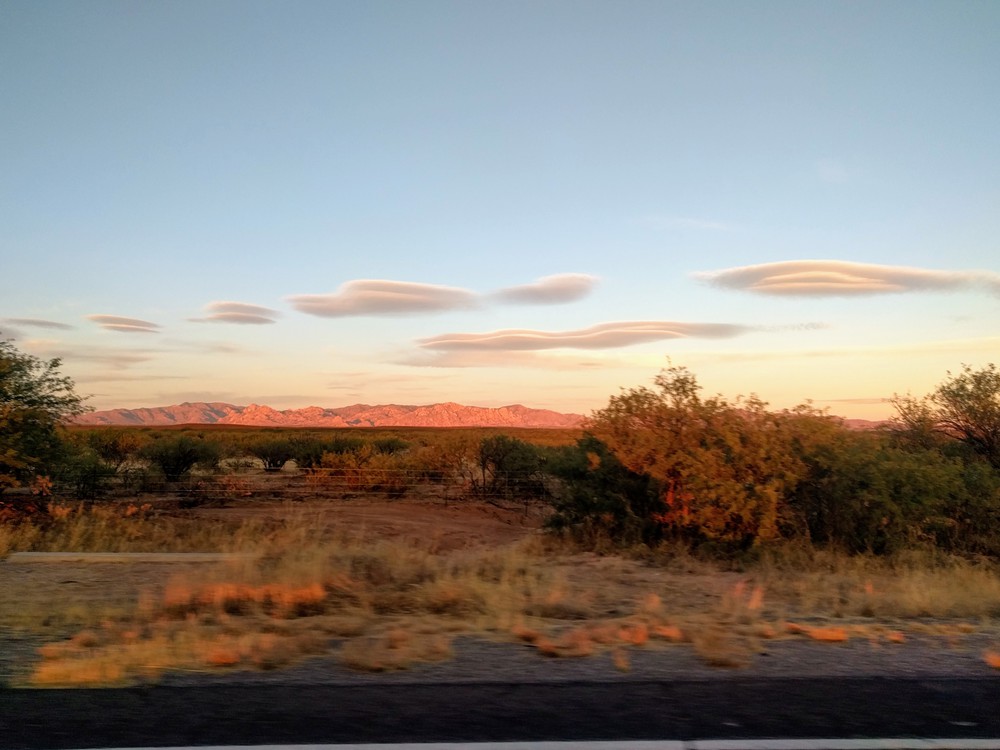