After spending a few hours in Kanab in the morning, we left to head towards Bryce Canyon which was about an hour and a half drive north. We didn't quite make it into the park that evening, instead camped for free outside the park in National Forest land. We arrived at dusk and took a short hike/walk around up into some of the limestone cliffs. 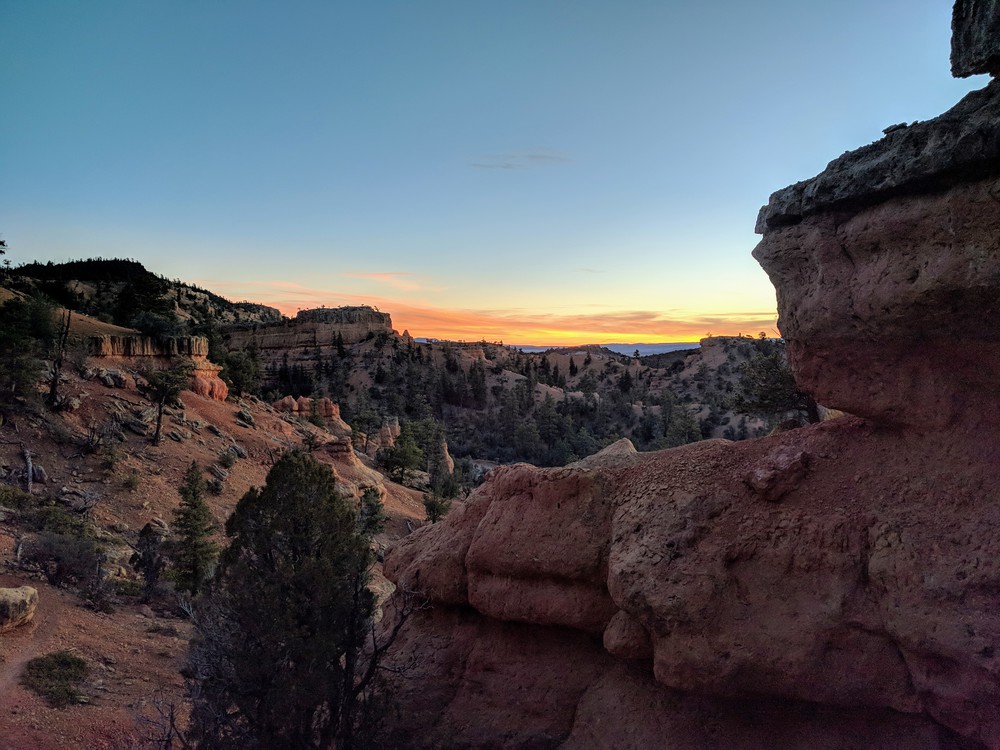 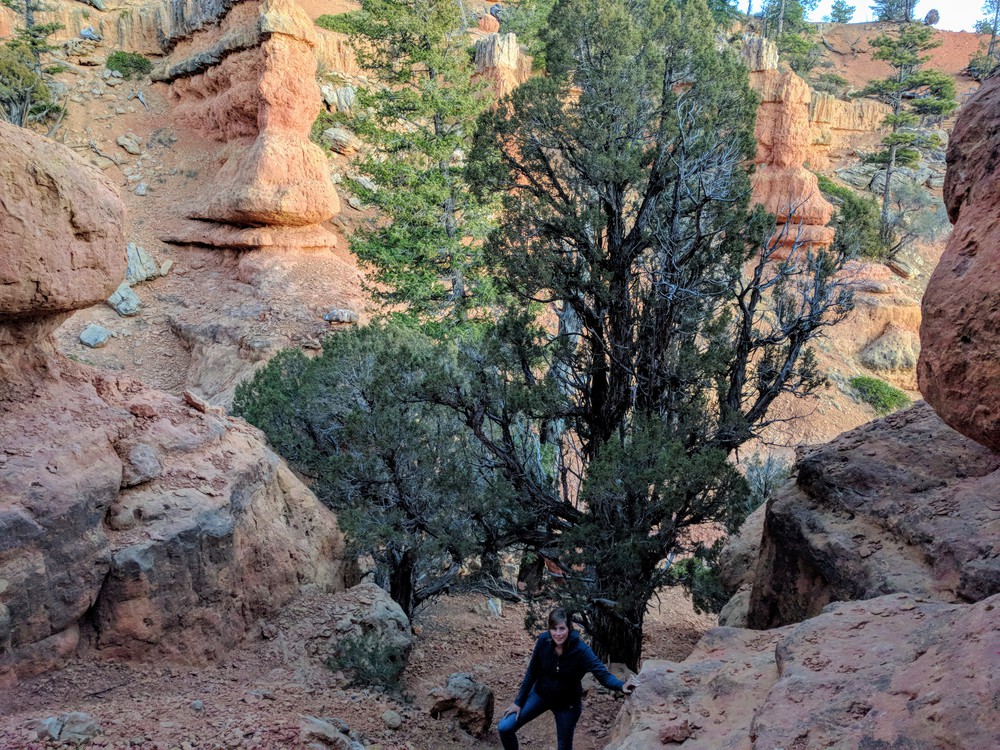 We had our first glimpse of a natural red-rock arch and various hoodoos (tower-like rock formations) that Bryce Canyon is famous for. 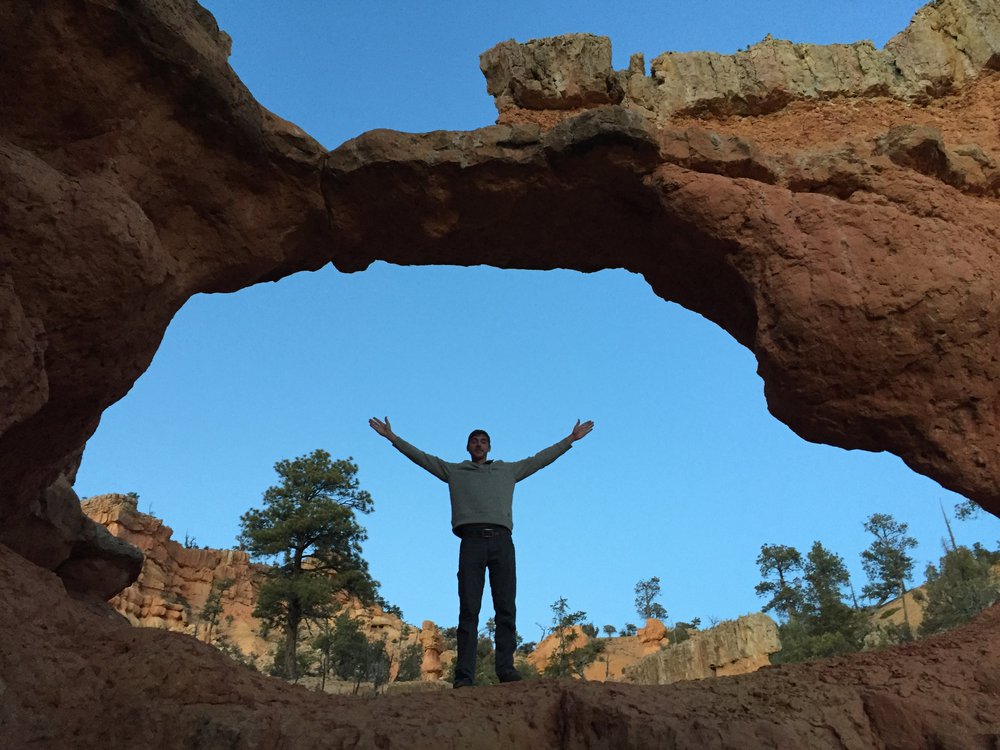 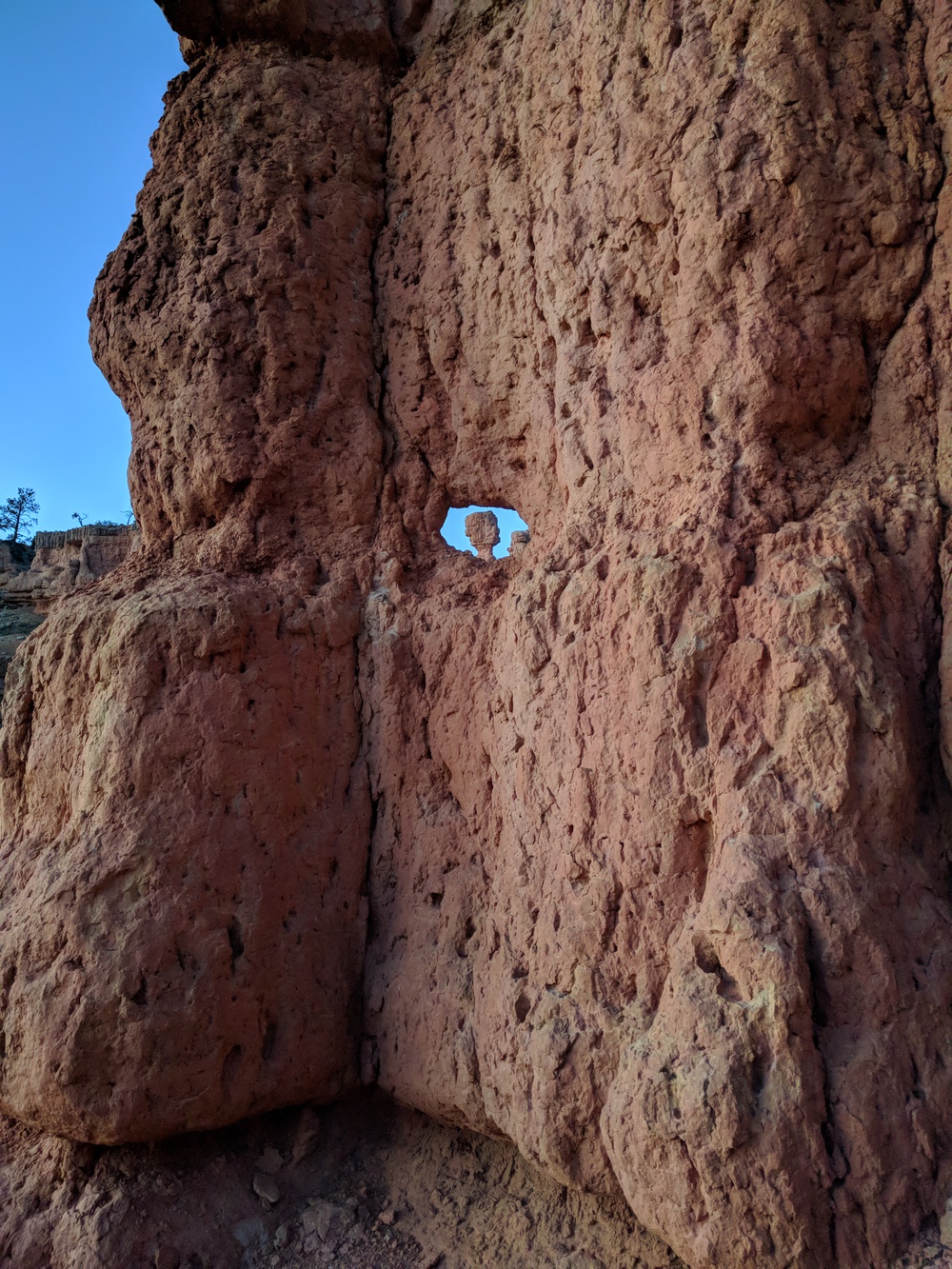 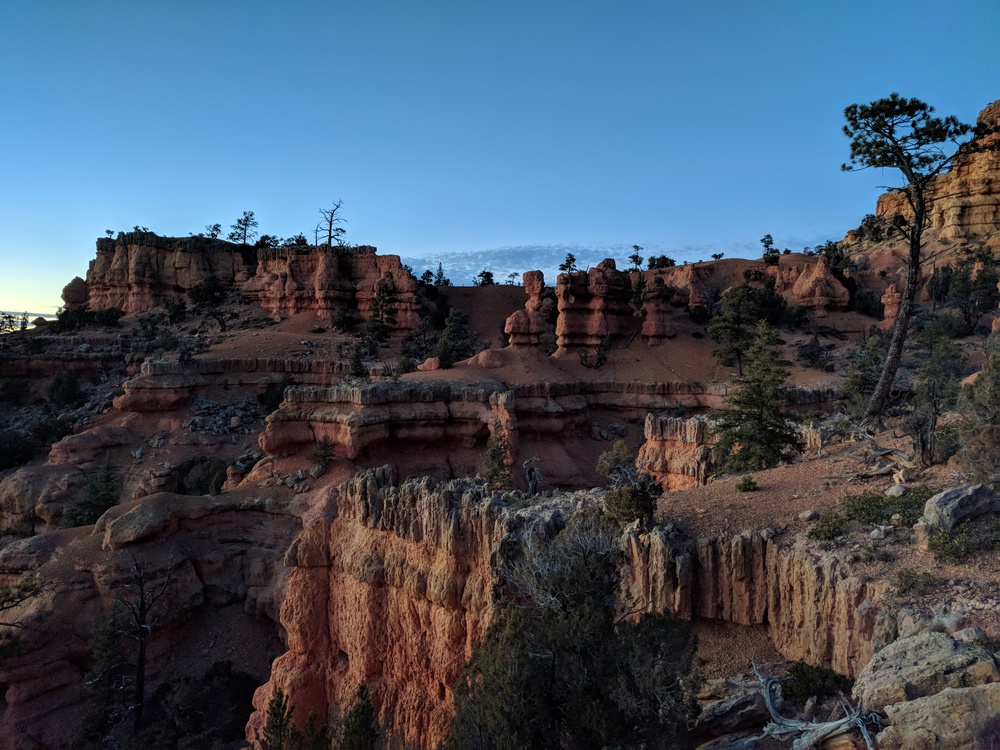 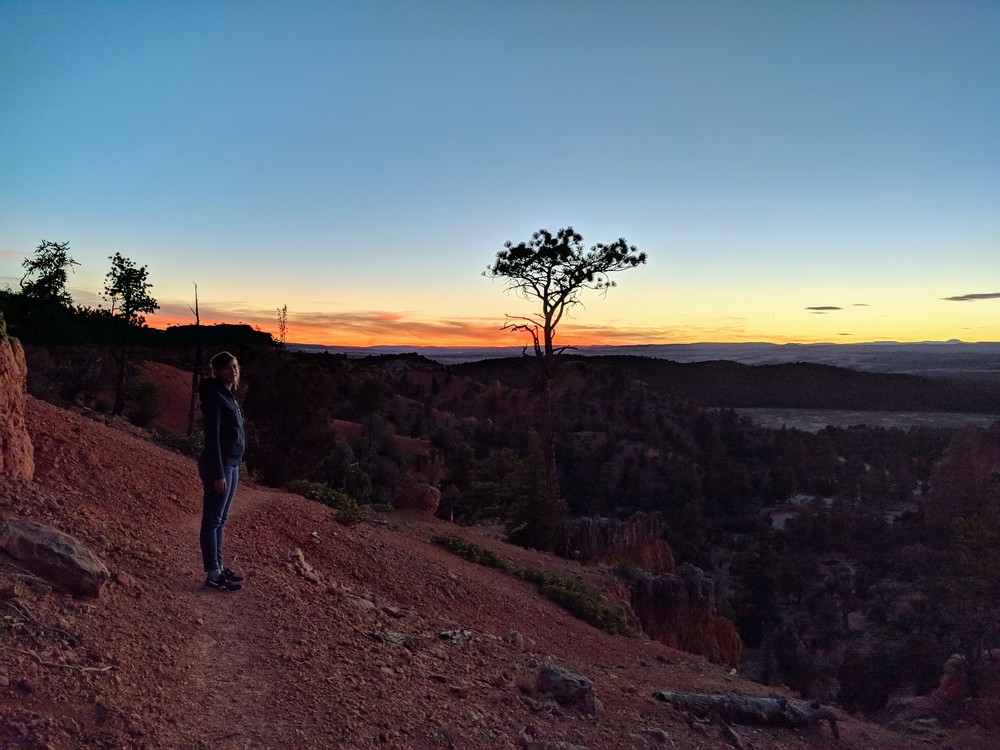 In the morning we finally got into the park and set up a site at a park campground. We spent a while trying to figure out what hike to go on and settled on one that took us along the top ridge overlooking the canyon, down switchbacks through hoodoos and canyon walls and back up through a limestone slot canyon. It was beautiful! 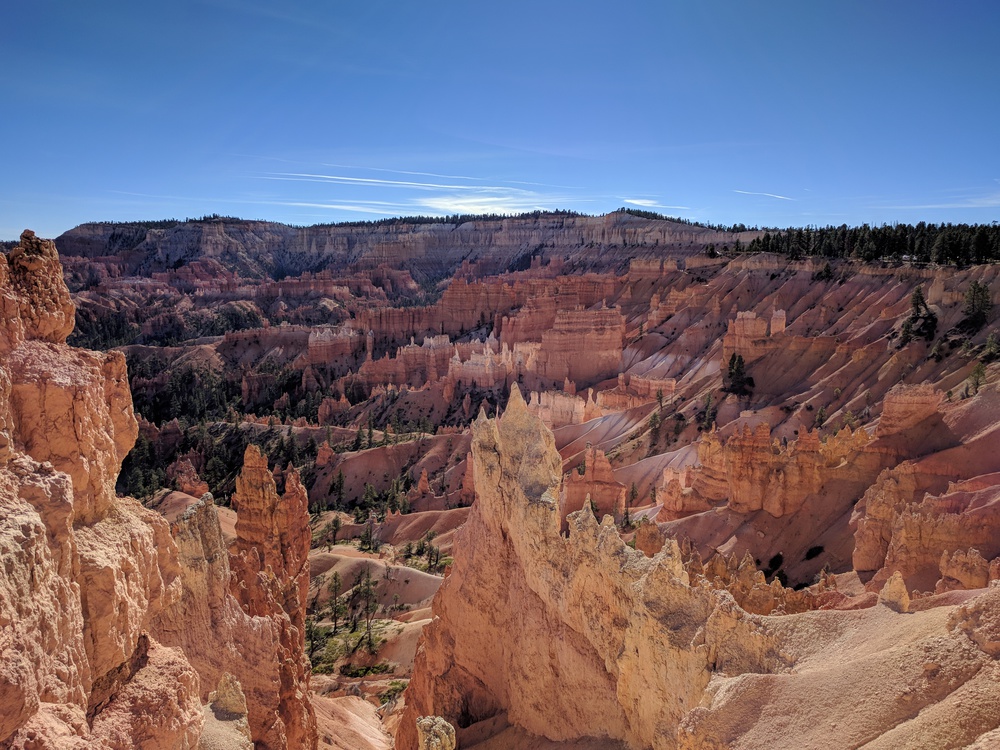 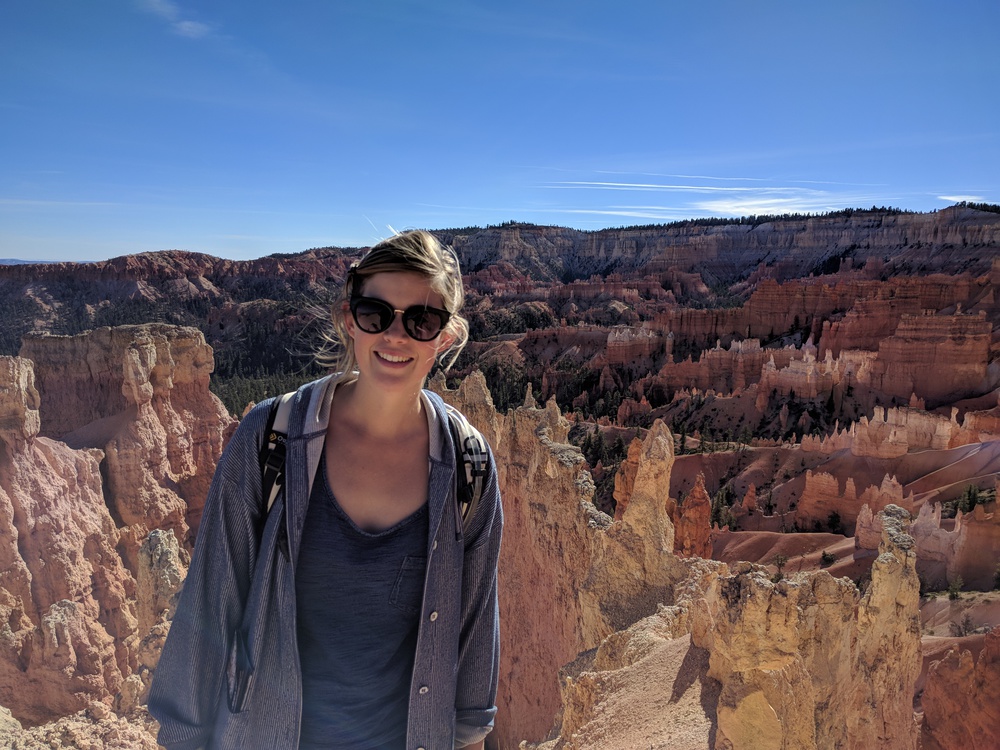 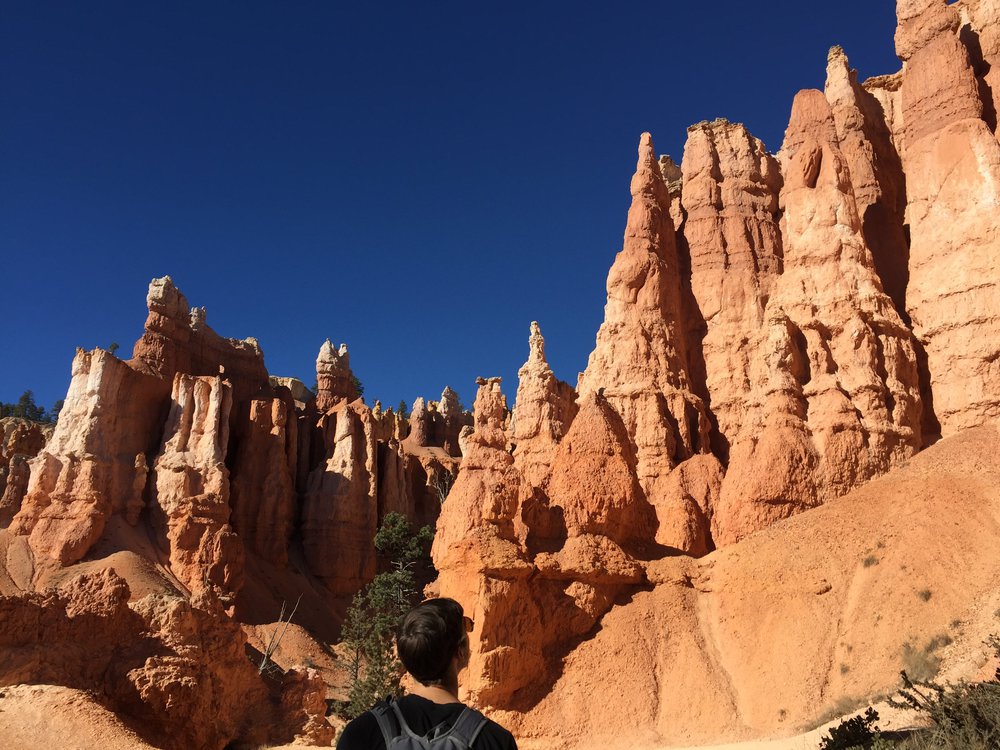 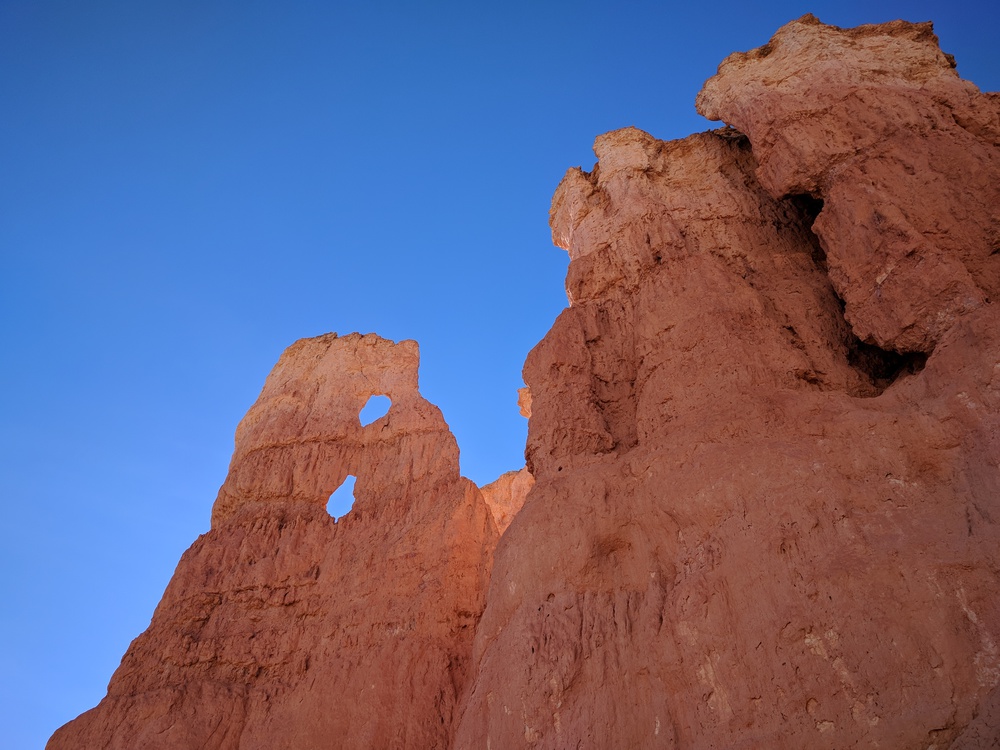 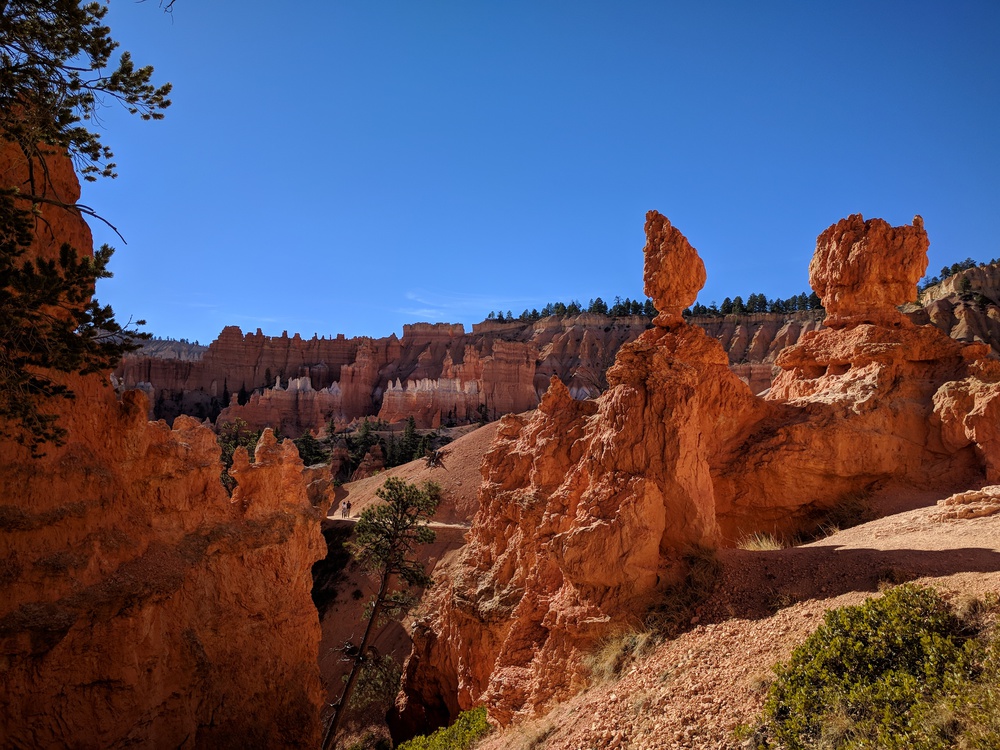 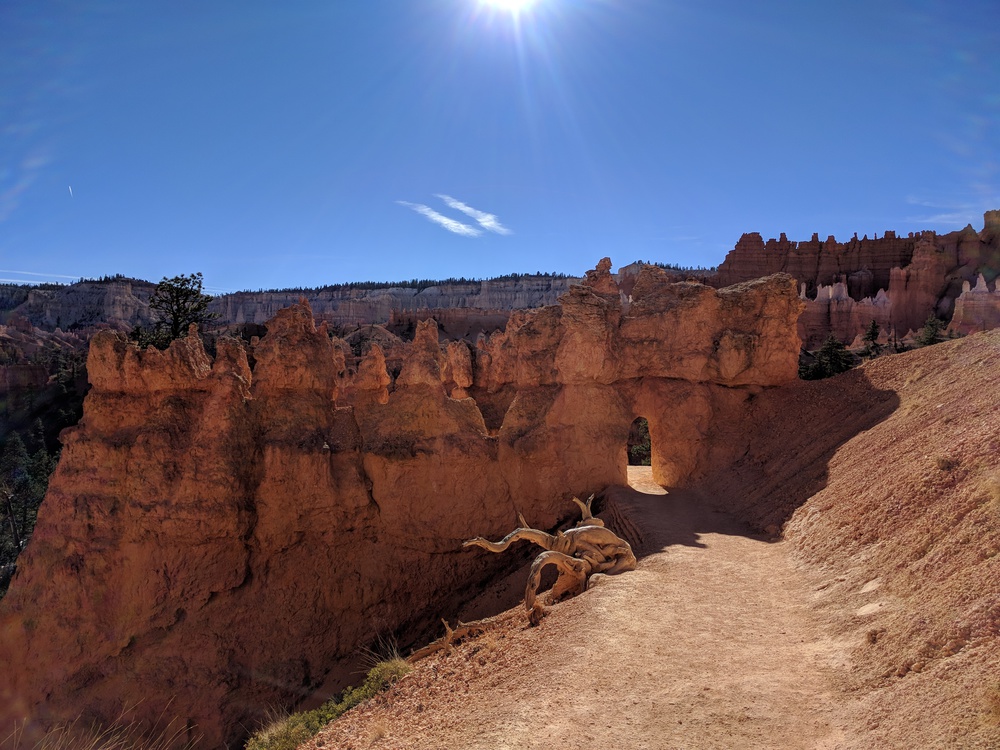 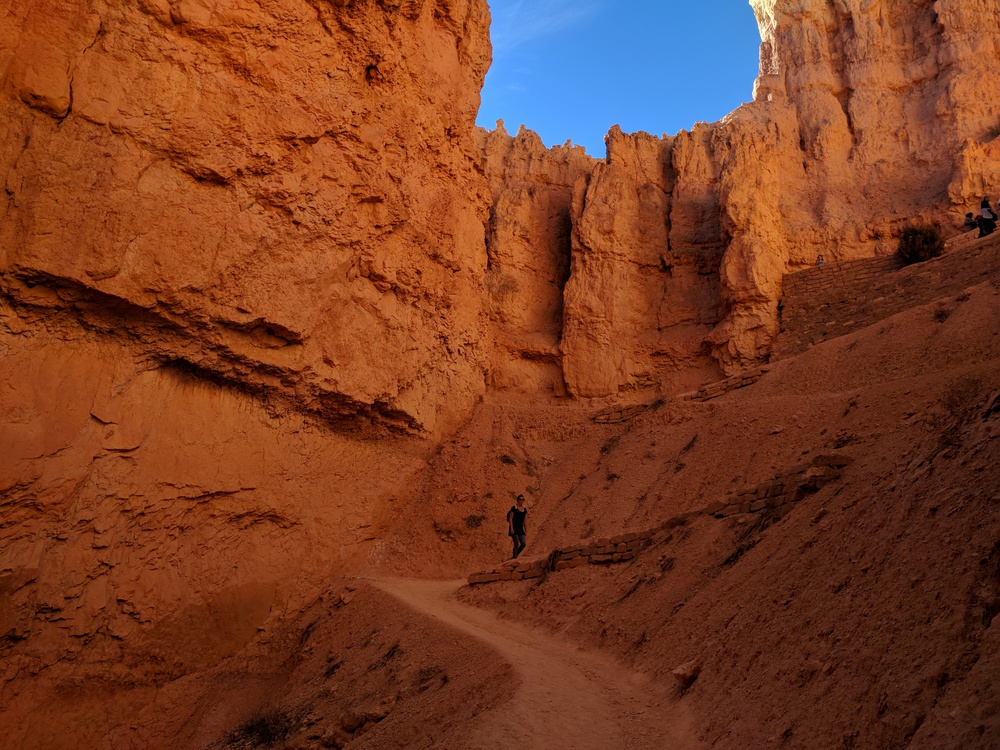 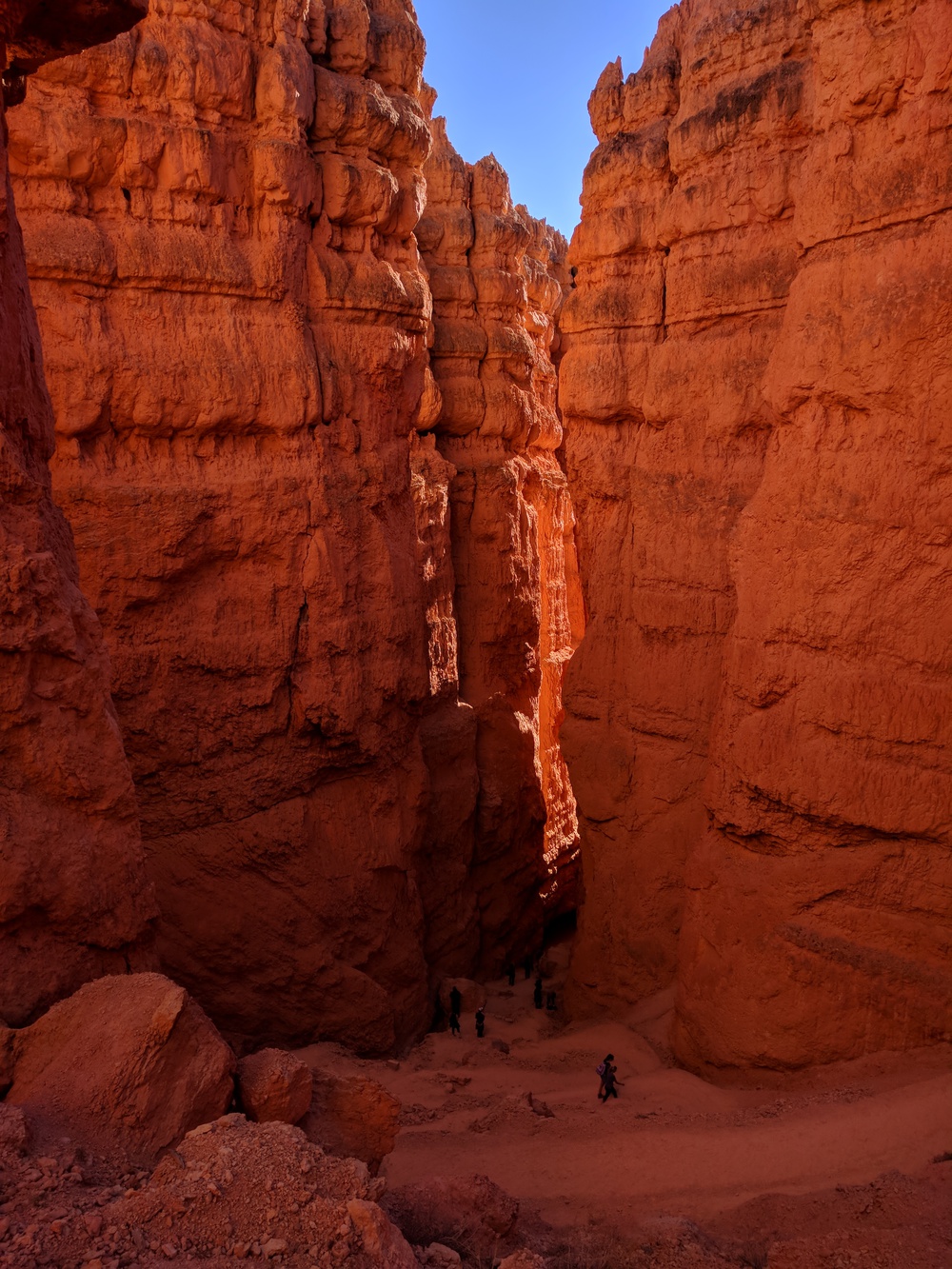 Back at the top: 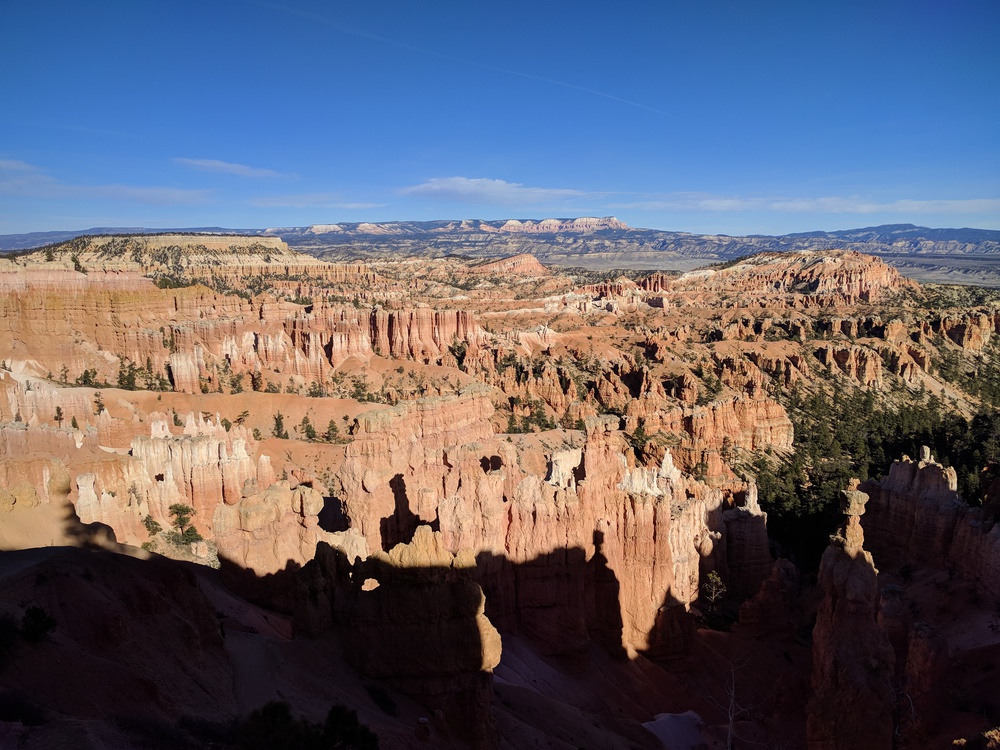 We had a typical camp evening of just hanging out. I read for a while in a camp chair outside and Dan took a nap then went back to the cliffs to watch the sun set on the rocks. 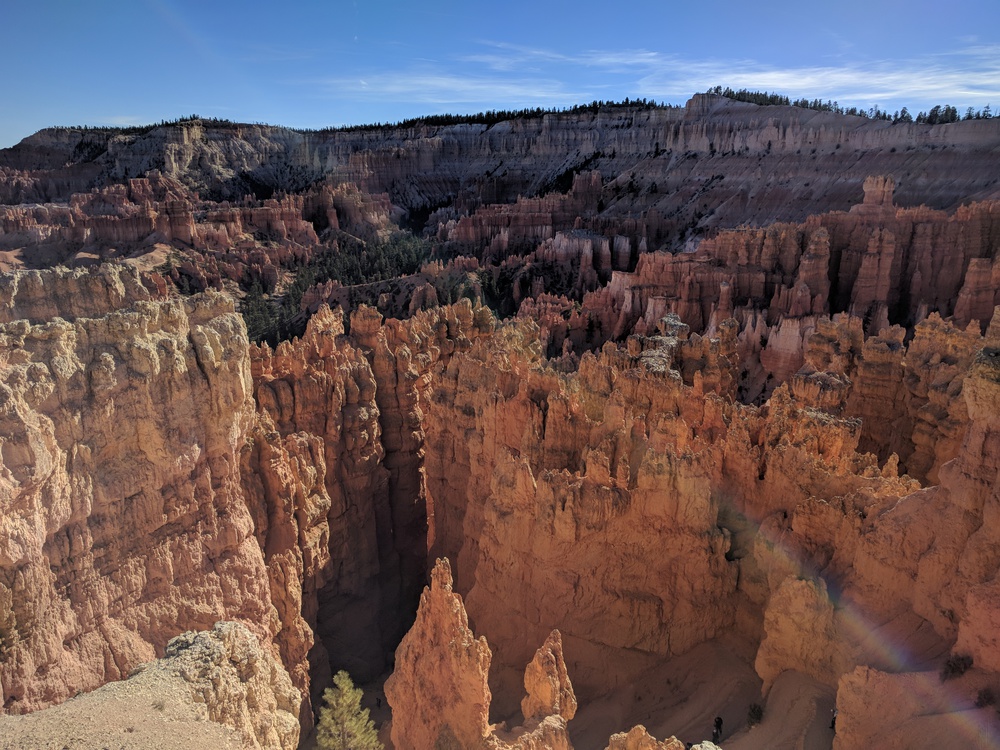 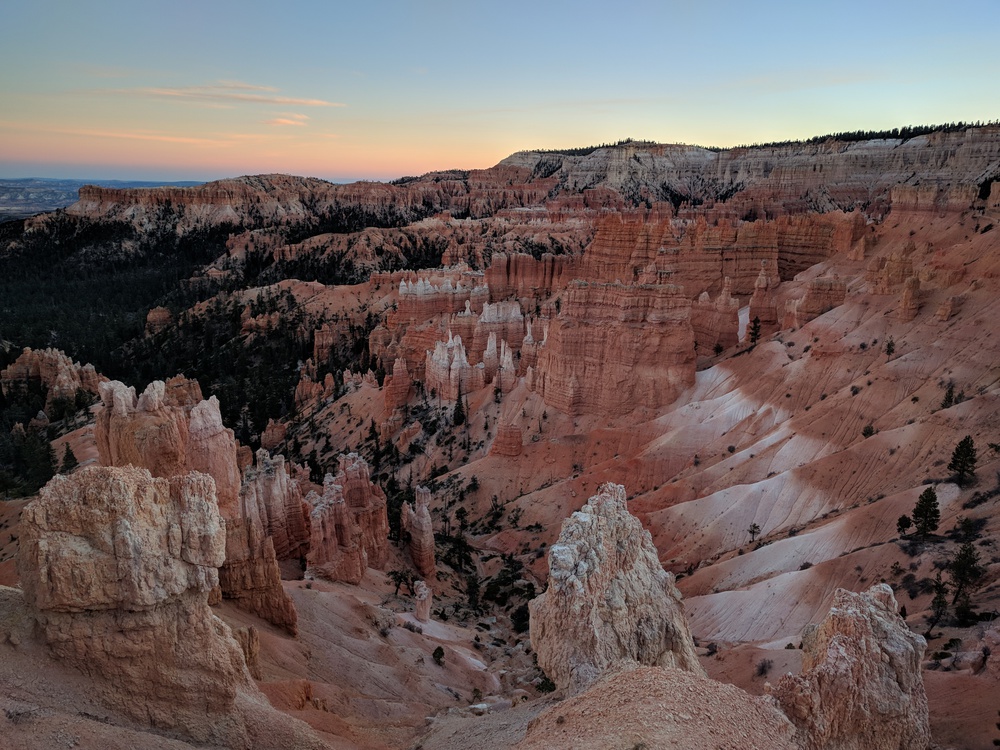 The next morning we checked out of our campsite and drove further into the park to do another hike, a short one that followed Sheep Creek (which was dried up) into Swamp Canyon, which wasn't swampy, but due to the moisture of the creek throughout the year had wider variety of plant life. This trail was almost empty (only one other group). 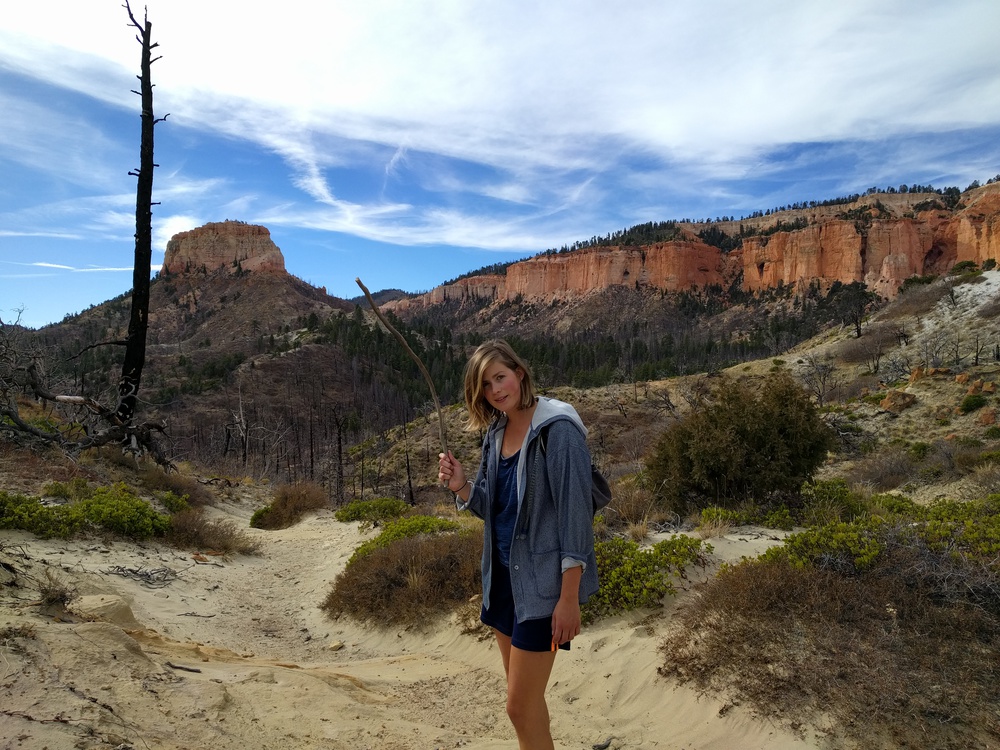 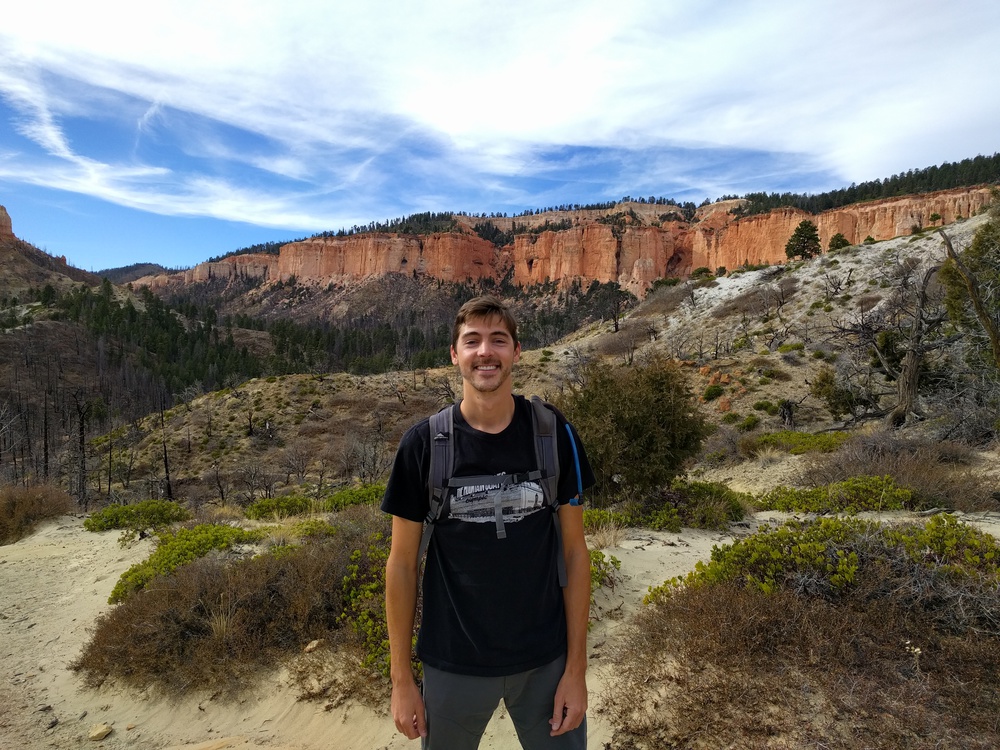 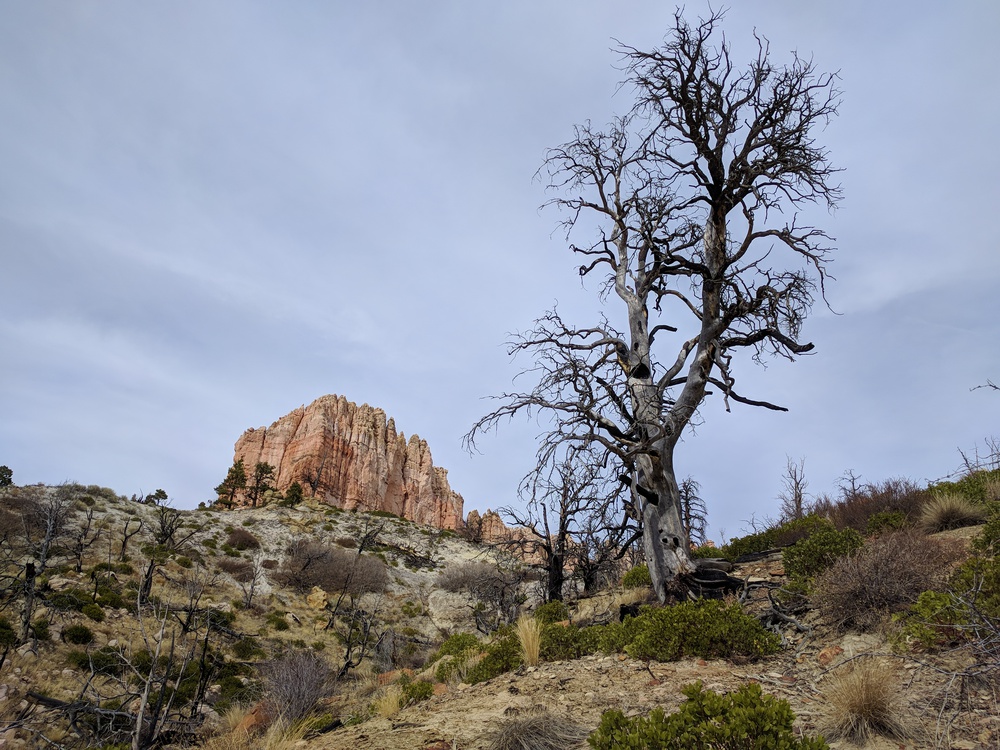 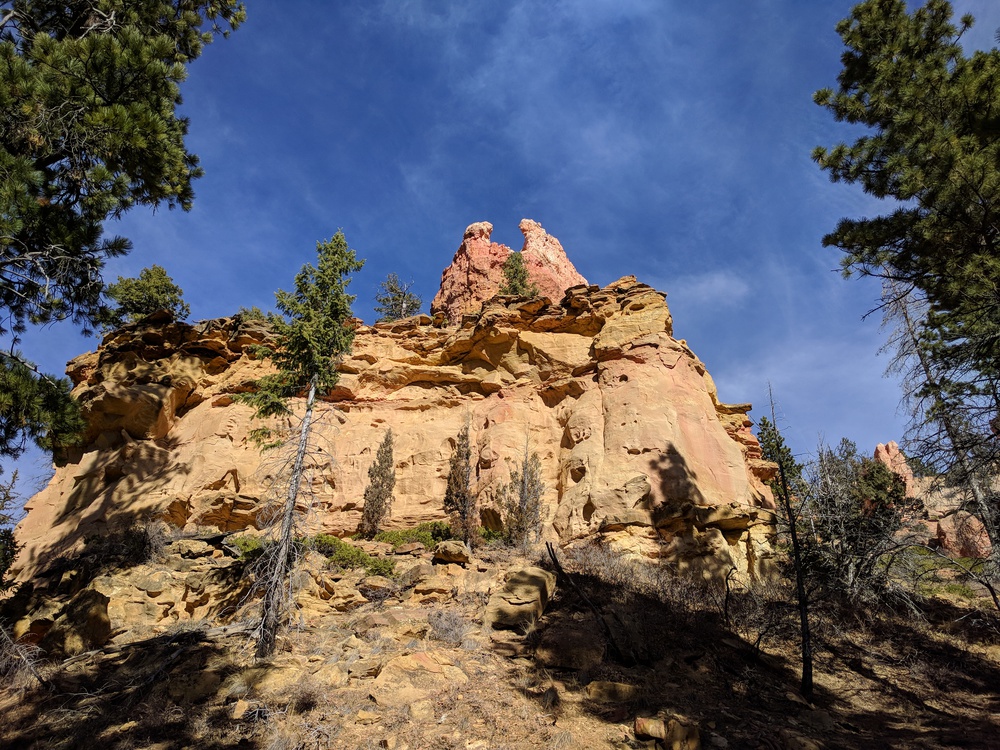 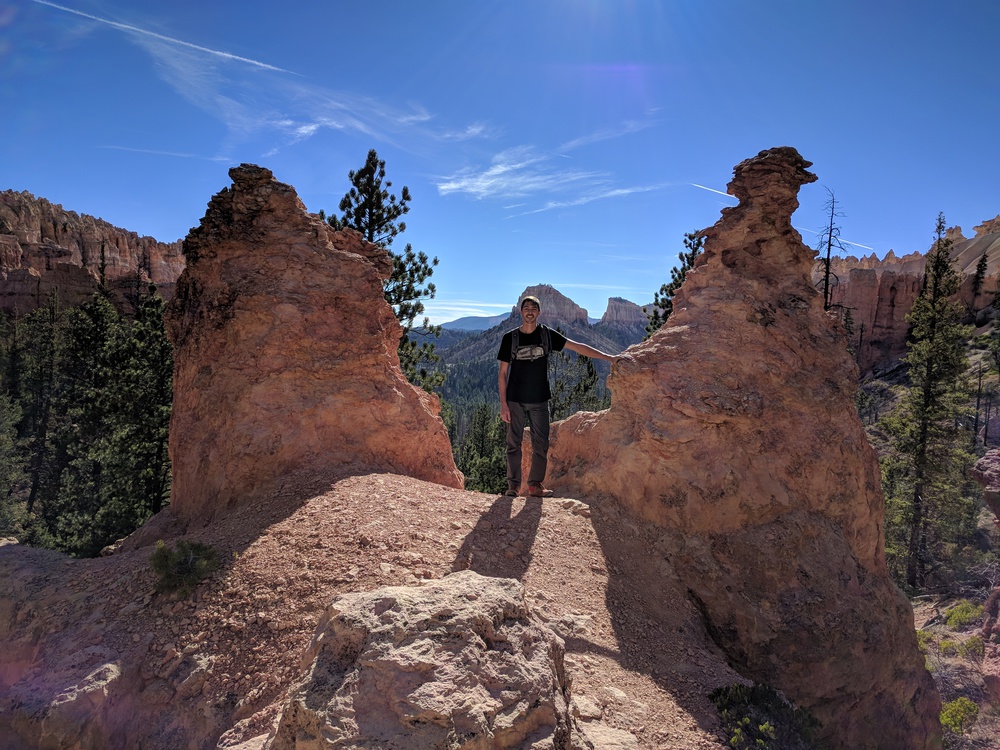 It ended up being only about a 2 hour hike so afterwards we still had time to drive through the remainder of the park to stop at various lookouts along the way. The final one was most impressive, overlooking miles of canyonland. 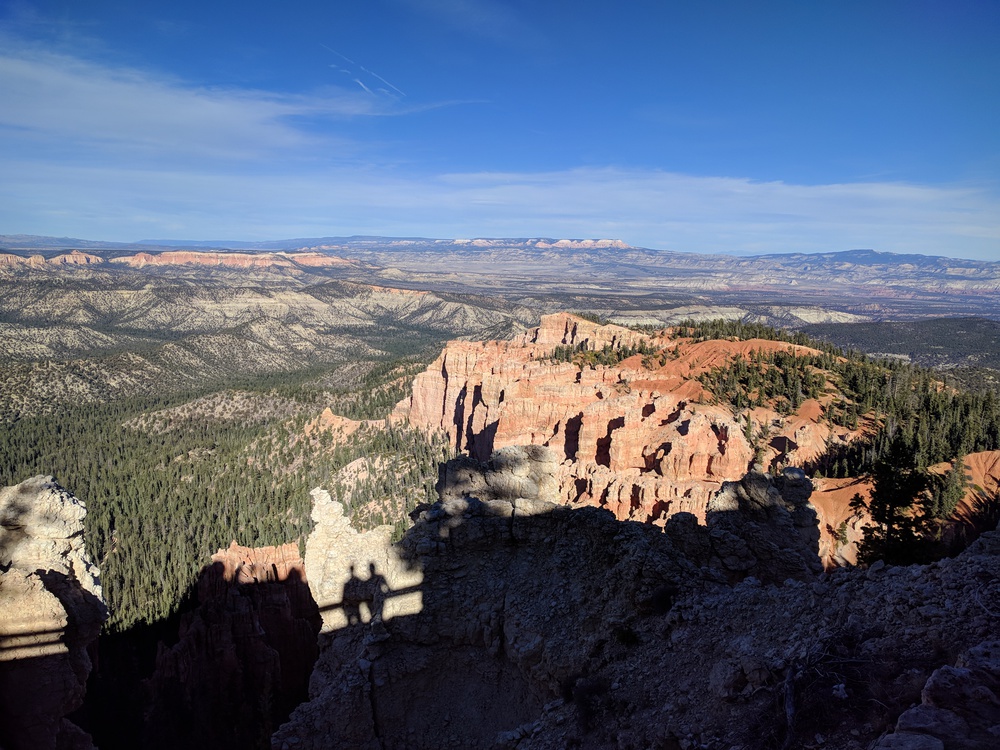 Our plan for the next day was to go back to Zion, as it was almost on the way out of Utah on the way west, so we left in that direction. Luckily southern Utah has tons of free camping outside of its National parks and we happily settled into a site outside of Zion on BLM land. There were probably 5 or so other RV's parked in the gravel lot (down an old falling apart paved road), one in particular that looked like it had been there for weeks.
It was a quiet night and in the morning we made a good breakfast to fortify ourselves for yet another hike!!