From Virginia Beach we drove south down to the Outer Banks of North Carolina. This was on the 12th, which also happened to be Dan's 31st birthday. Our first stop on the way down was to get some boiled peanuts at a farm stand, something Dan had wanted to get at some point on the trip. They were pretty good. 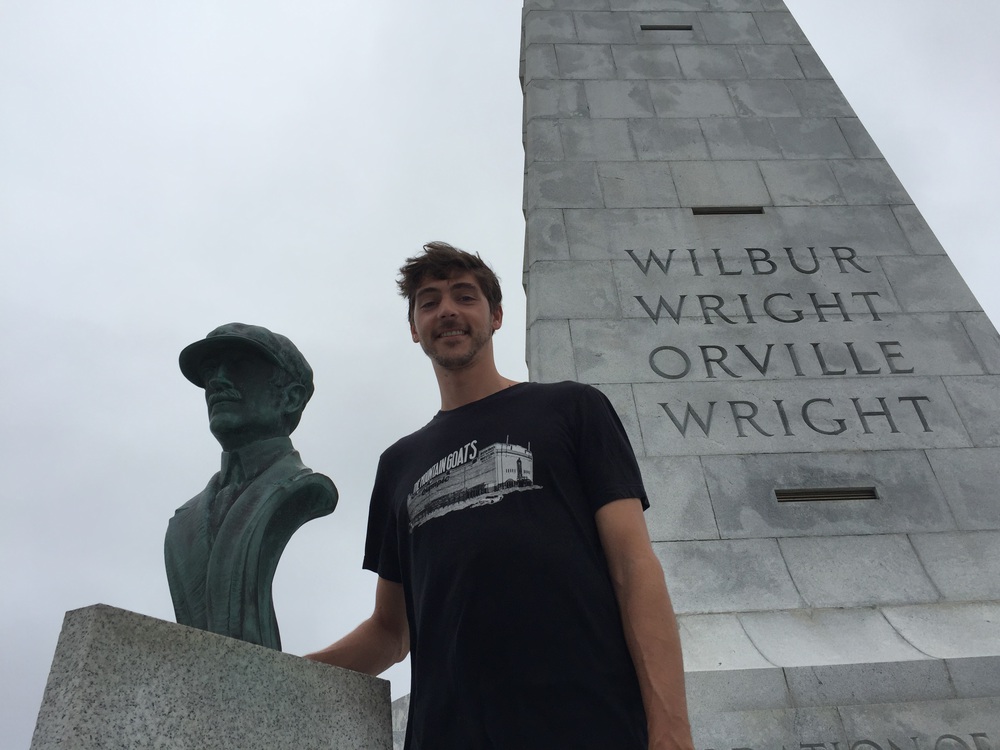 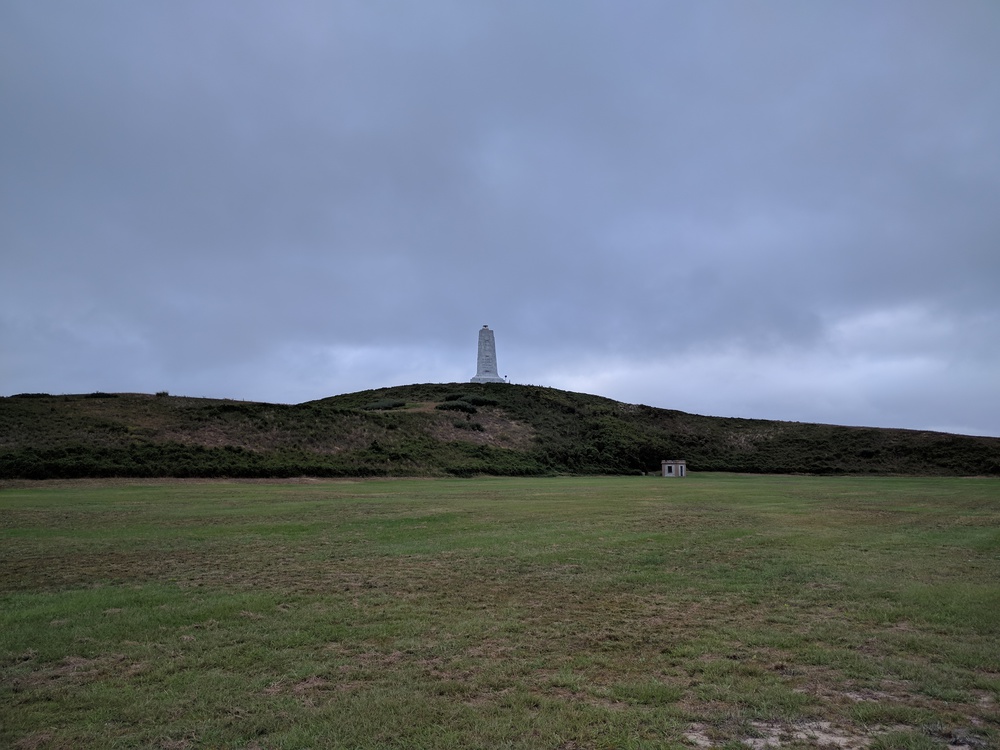 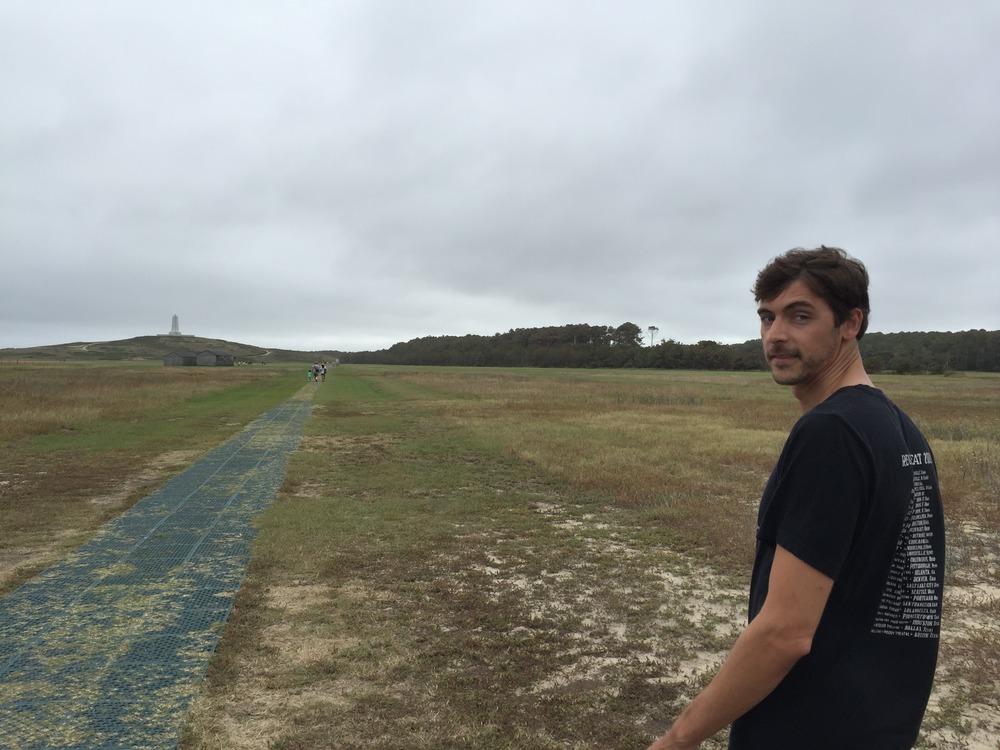 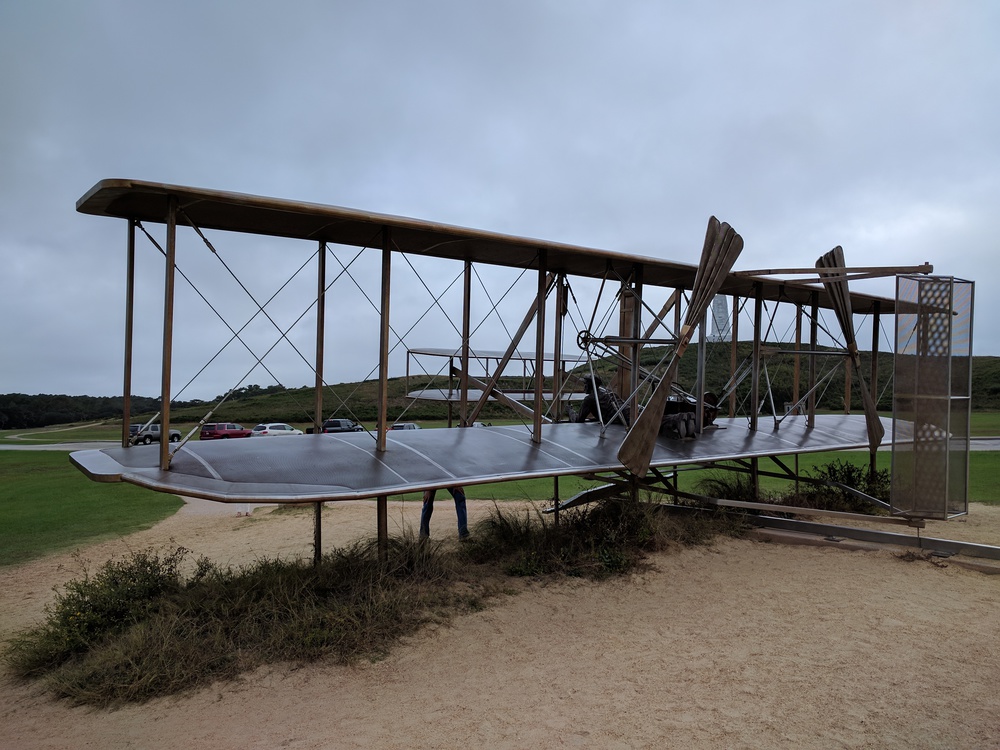 We also stopped at the Hatteras Lighthouse, the tallest brick lighthouse in the US at 210 feet. Unfortunately the option to climb the lighthouse was closed for the season. They had a small museum in the former lighthouse keeper's house. 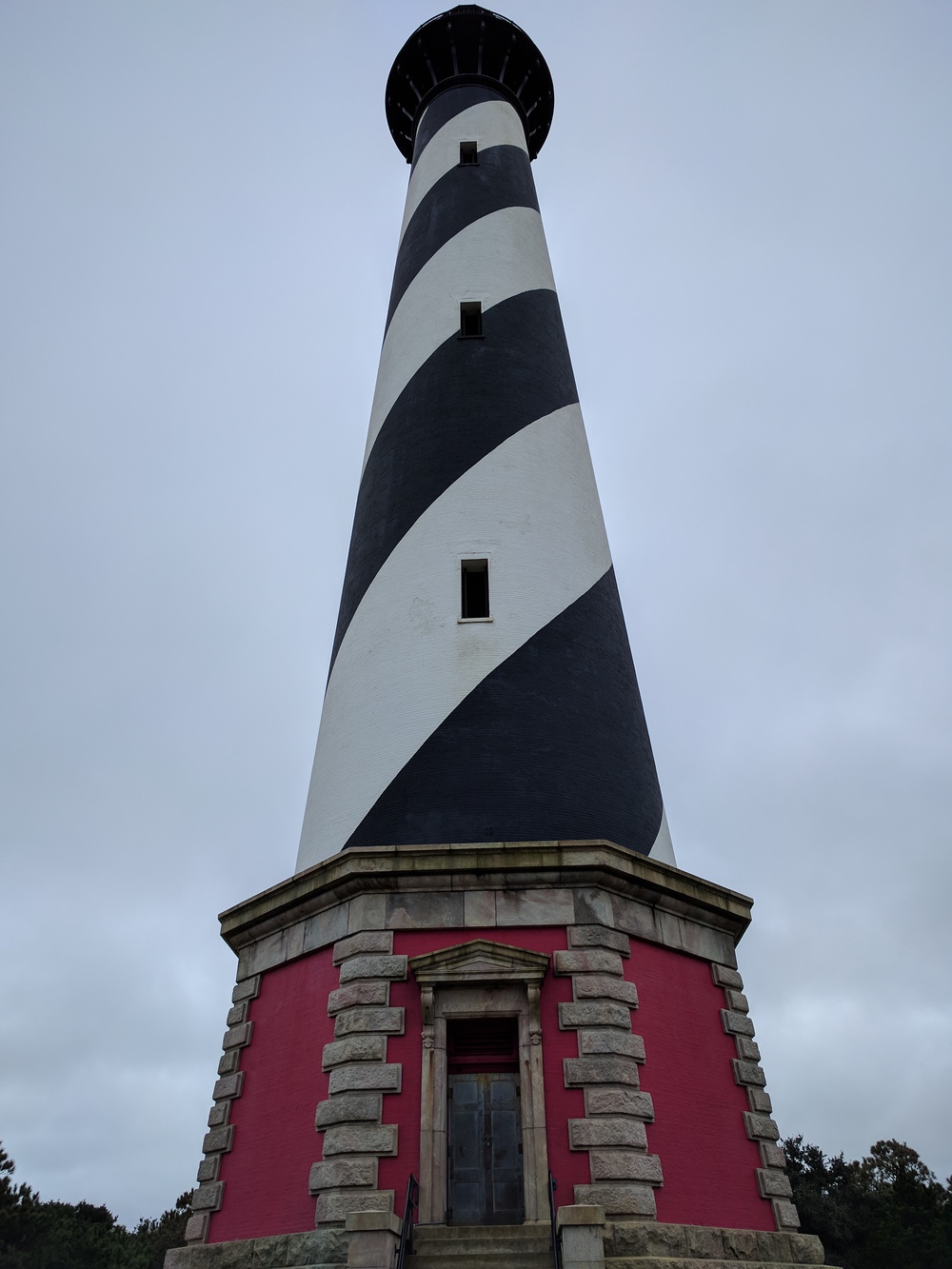 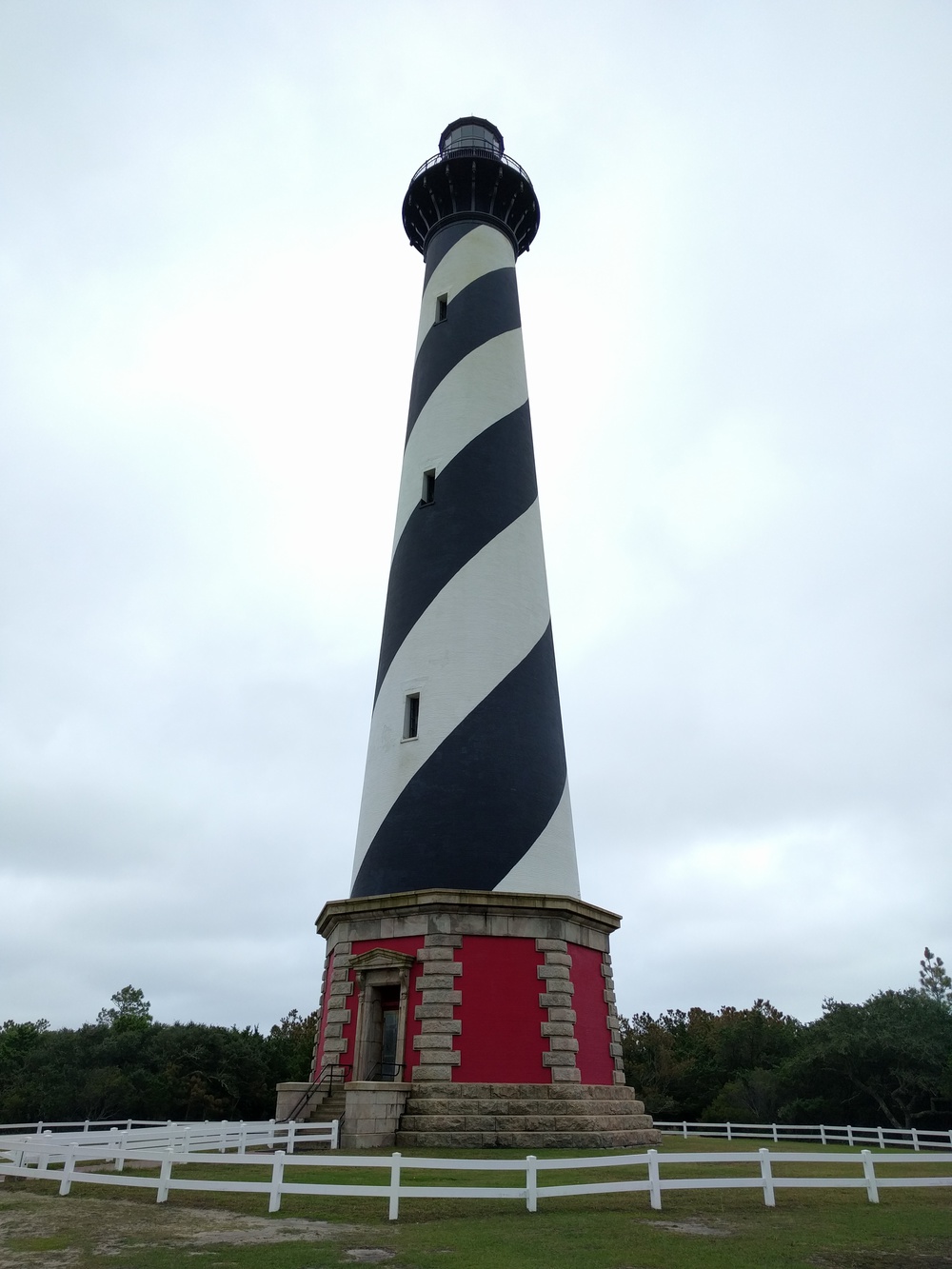 We camped that night near Hatteras at a state park, a campground a few yards from the beach. The weather was warm but cloudy and the beach mostly deserted. The van began to take on a salt grime coating which we realized a few days later made the metal on the bikes rust really bad.

Jeeps on the beach: 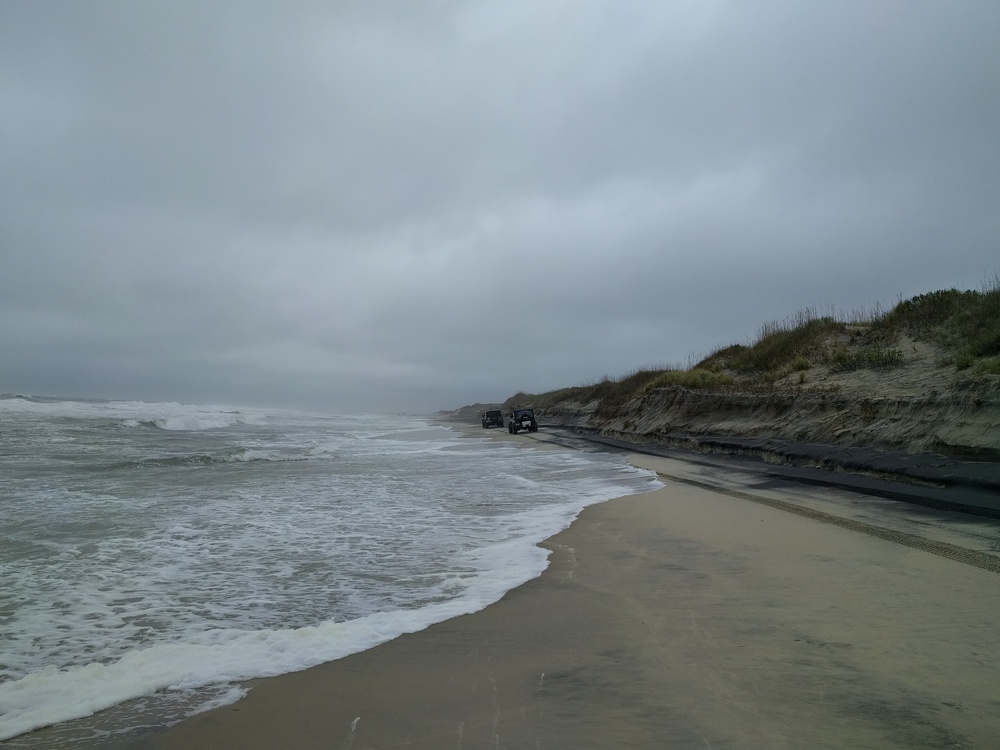 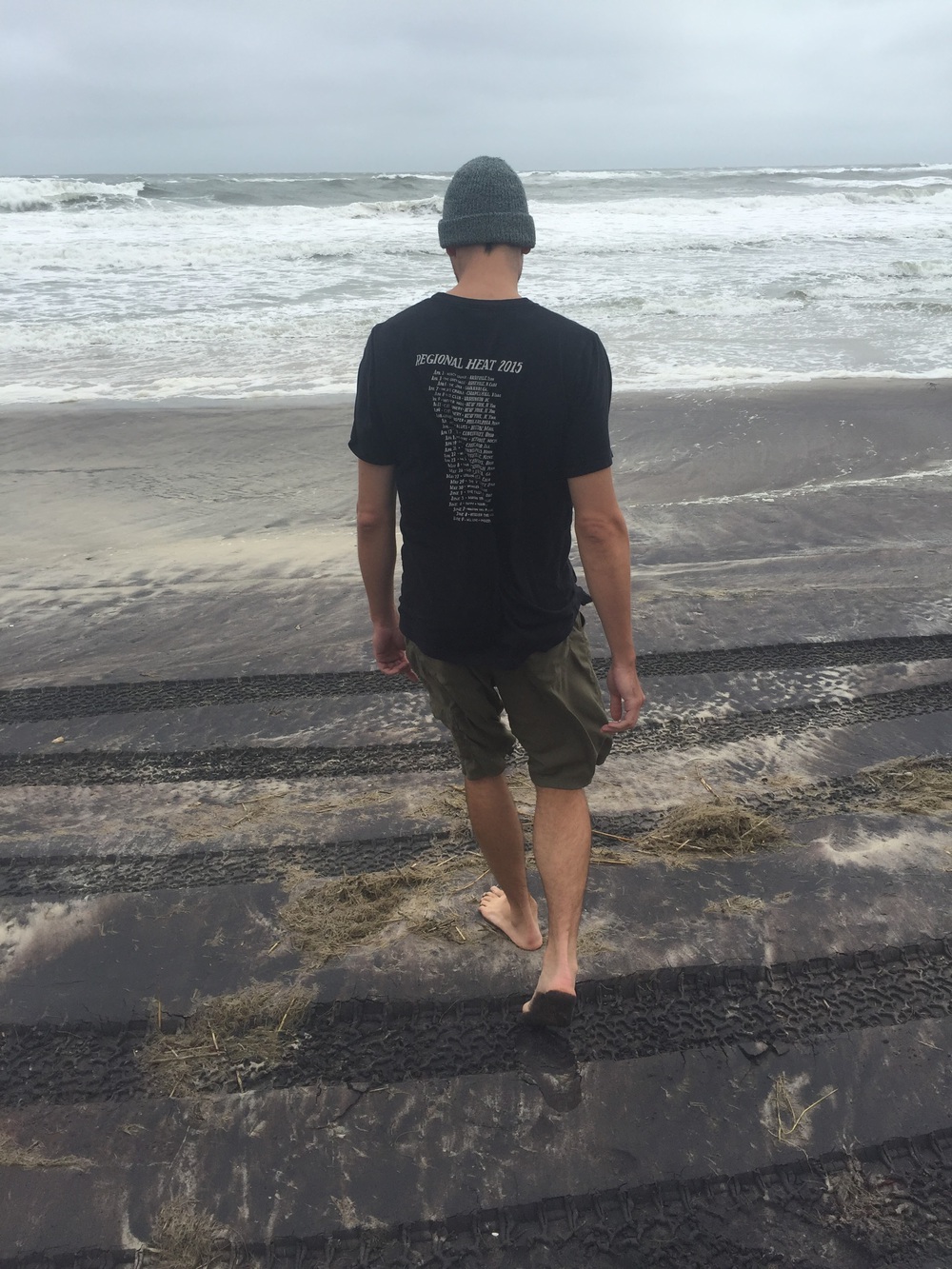 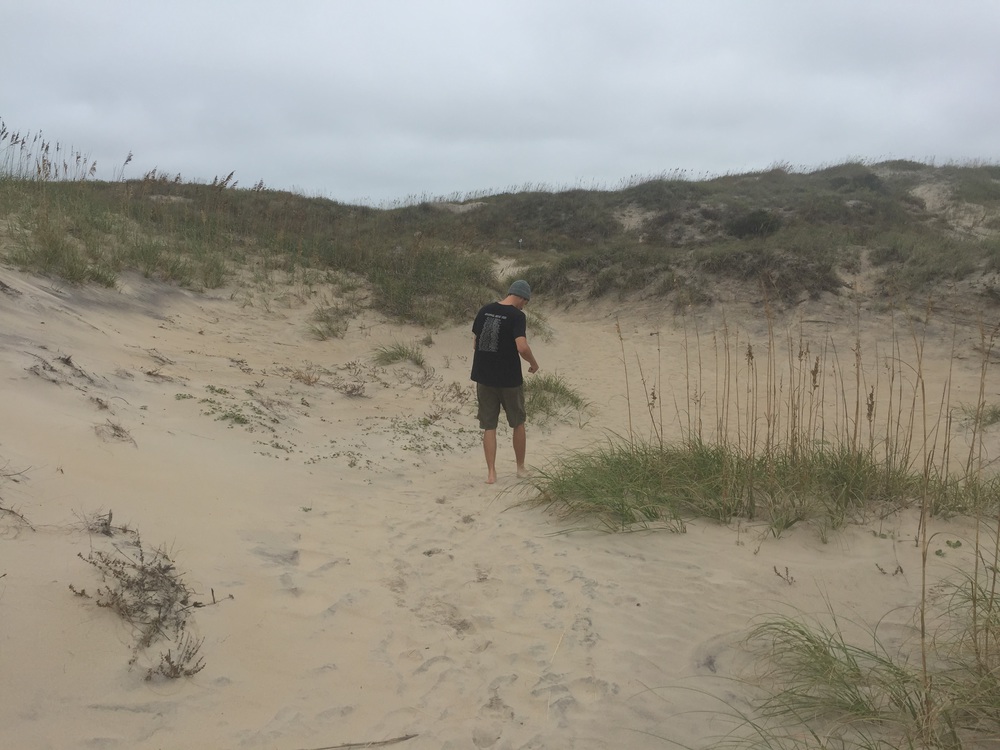 The next day we took a ferry from Hatteras to Ocracoke Island. We didn't realize until we got into the ferry line that we would be stuck on Ocracoke since we would miss the last ferry off the island. This was OK though because Ocracoke is really cool, a small community with no big developments, where most people get around by bike or golf cart. 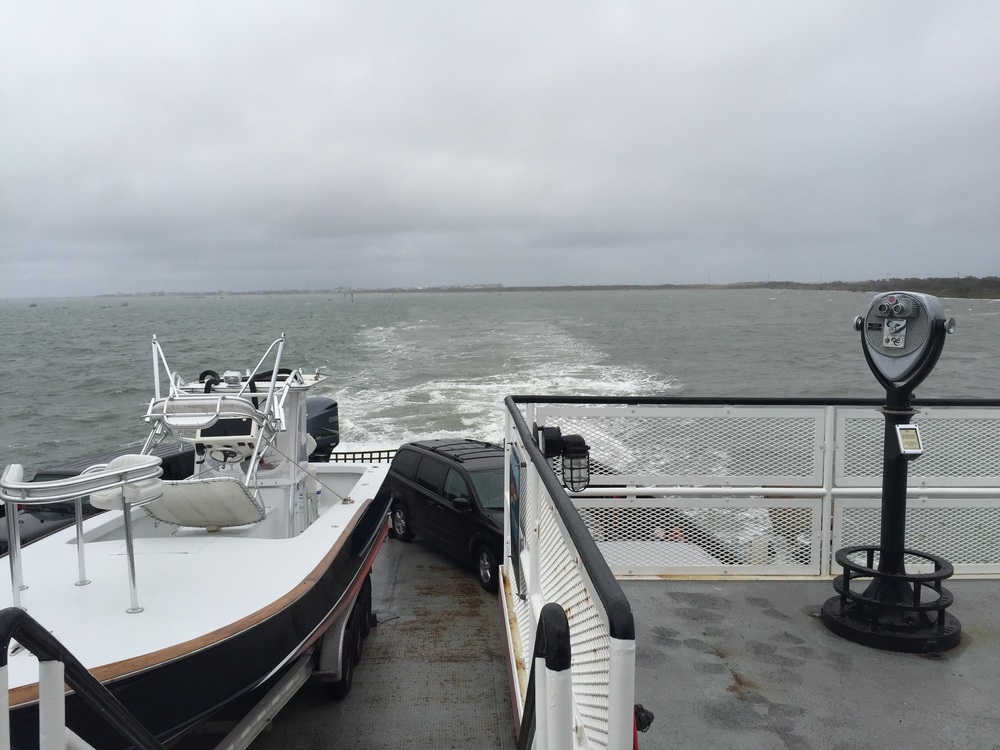 The pirate Blackbeard was killed offshore: 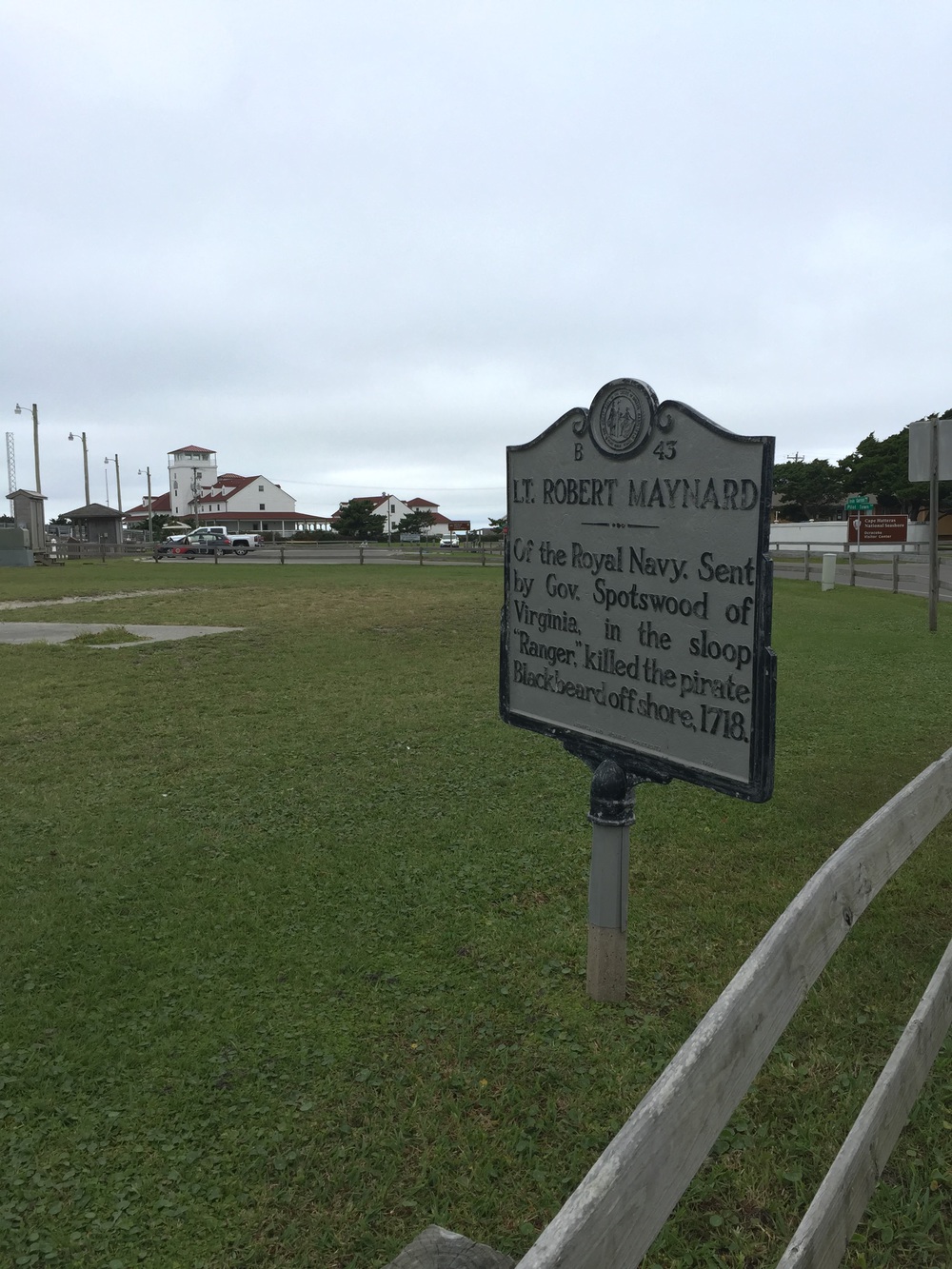 From brewery in Ocracoke: 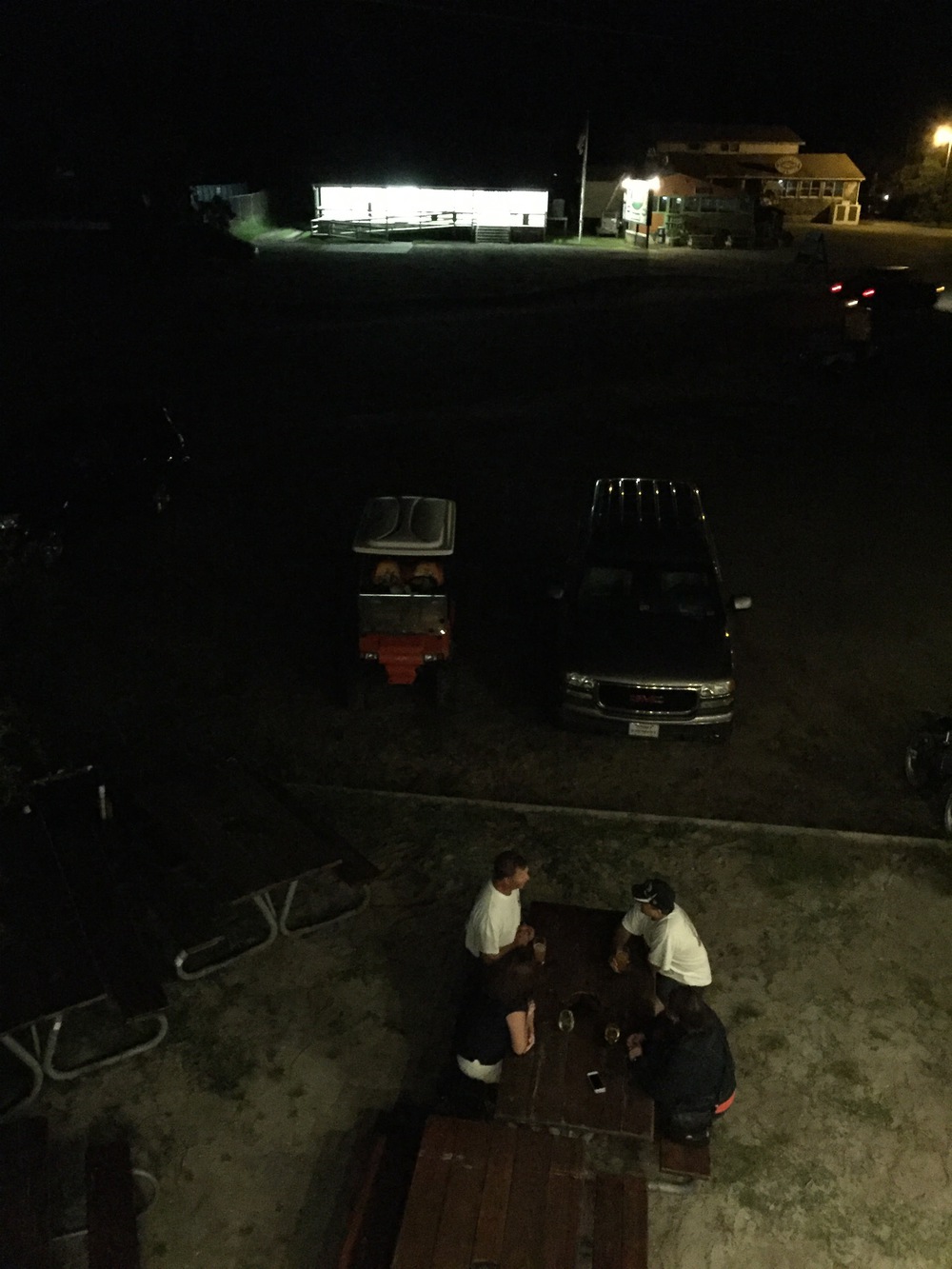 Ducks on the way back to the campground: 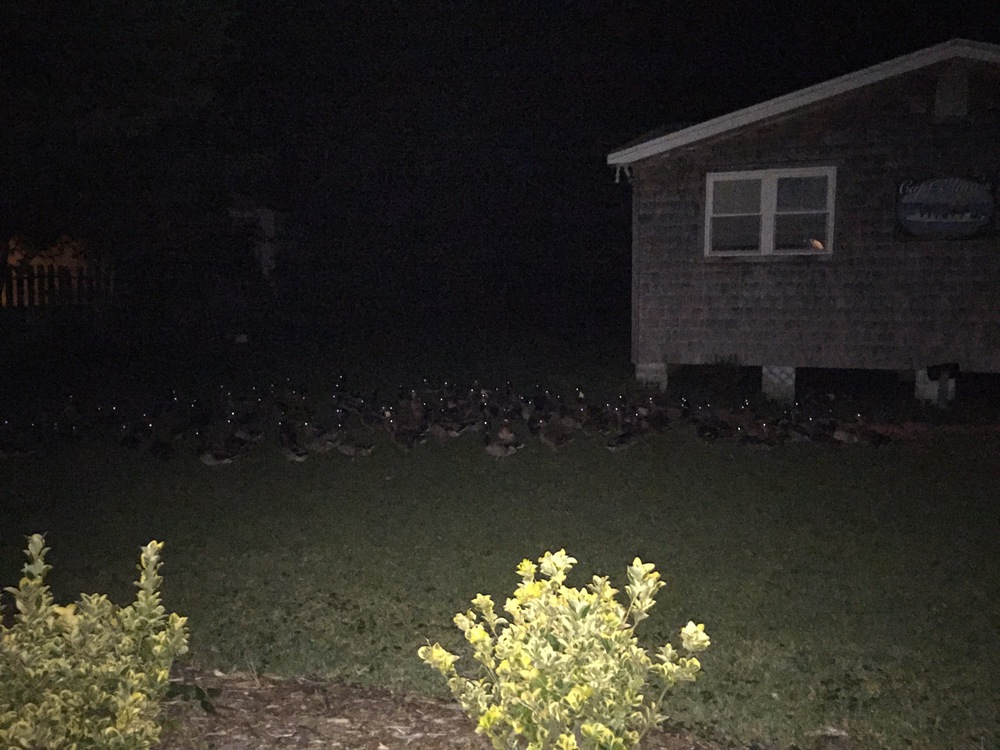 In the morning we caught the ferry back to the mainland to meet up with Mark, a longtime friend of my uncle Jim's, near Emerald Isle. He found us an excellent parking spot on property right by the water. 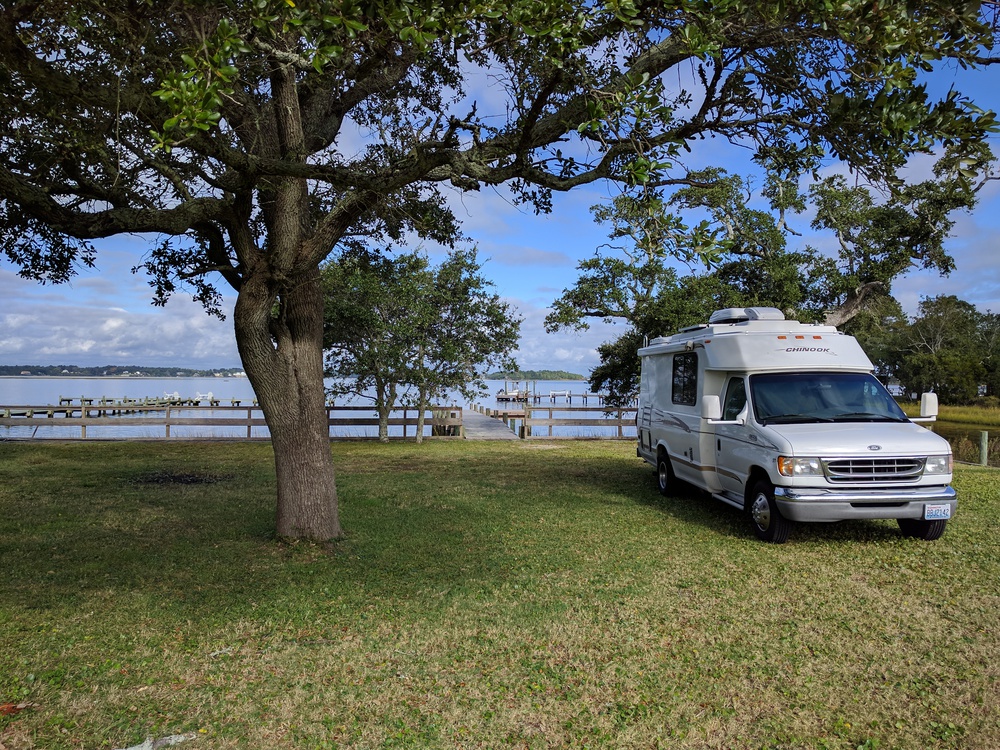 That night Mark took us for some delicious Mediterranean food and to a nearby outdoor festival in Swansboro where a quartet of middle-aged men in Hawaiian shirts sang loudly on stage.
The next day we got an even more extensive tour of the Crystal Coast, the barrier islands that make up the final portion of the Outer Banks. We saw Fort Macon, an old military fort (which was actually restored by the Civilian Conservation Corps in the 30's) and has a long history. From Wikipedia: "Blackbeard's ship, the Queen Anne's Revenge "QAR" is thought to have been discovered in shallow water right off the park in the Atlantic Ocean." 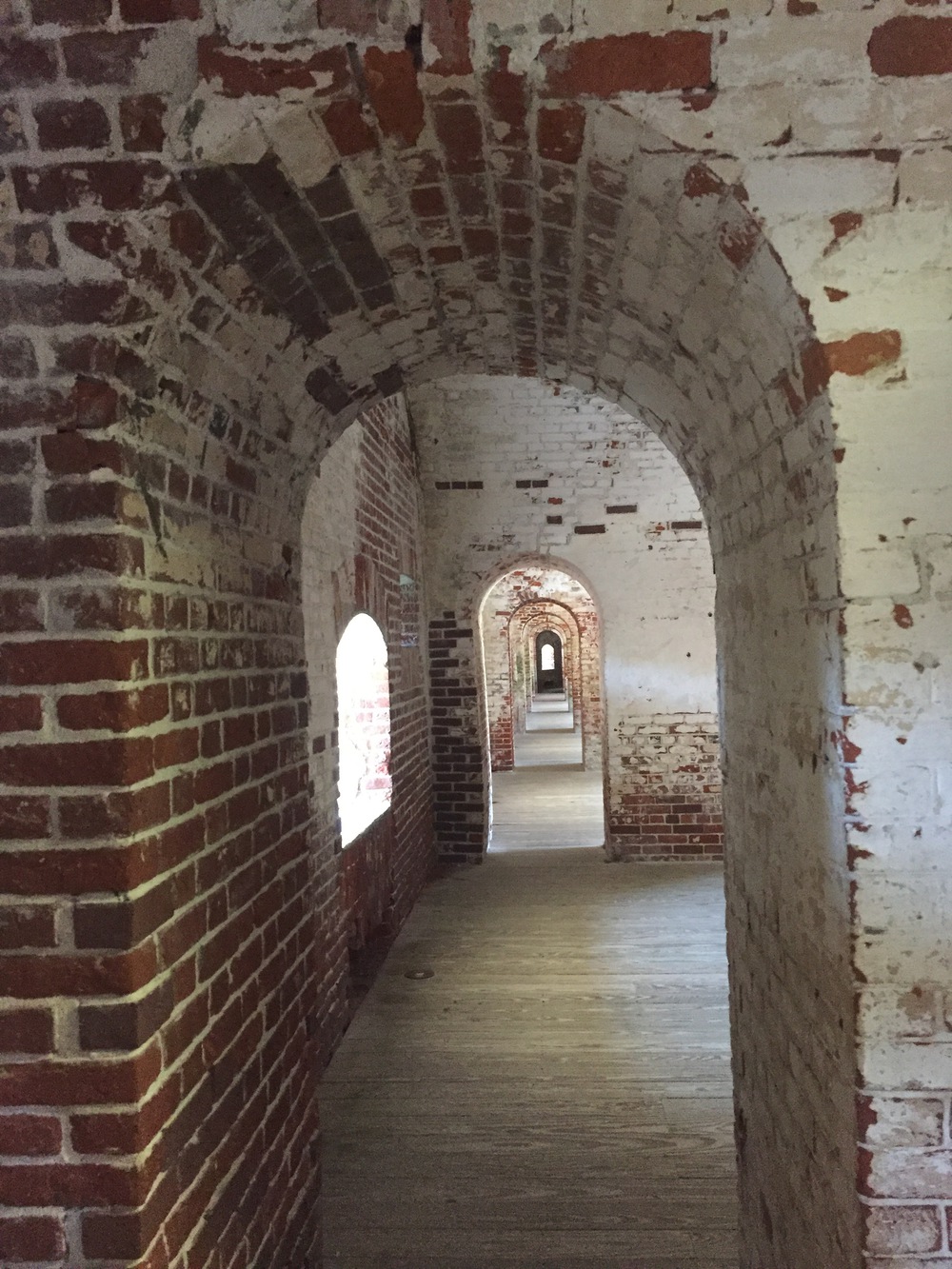 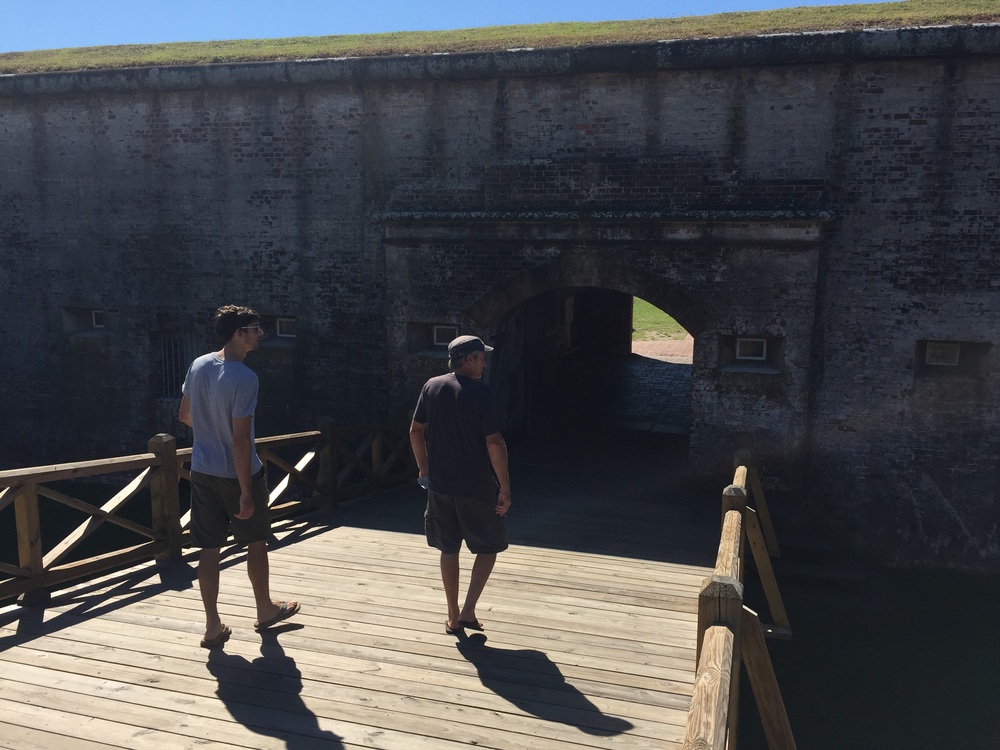 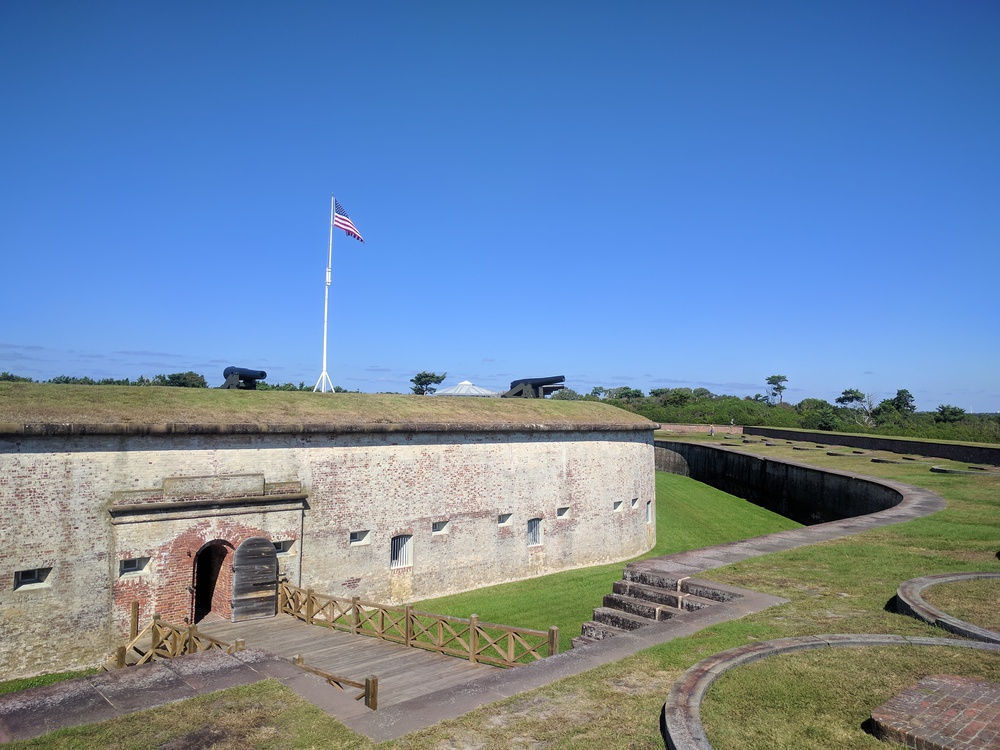 Mark also took us by a beautiful beach and later to the North Carolina Maritime Museum in Beaufort. 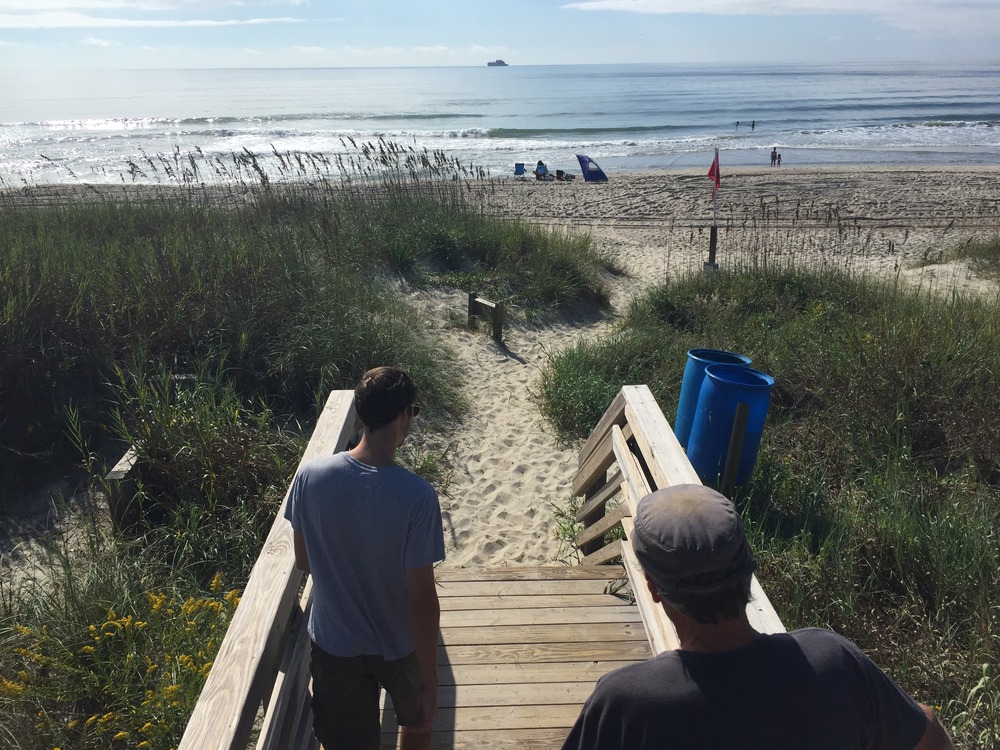 They had artifacts from the ship that is believed to be Blackbeard's Queen Anne's Revenge, among all kinds of surf memorabilia and anything related to seafaring. 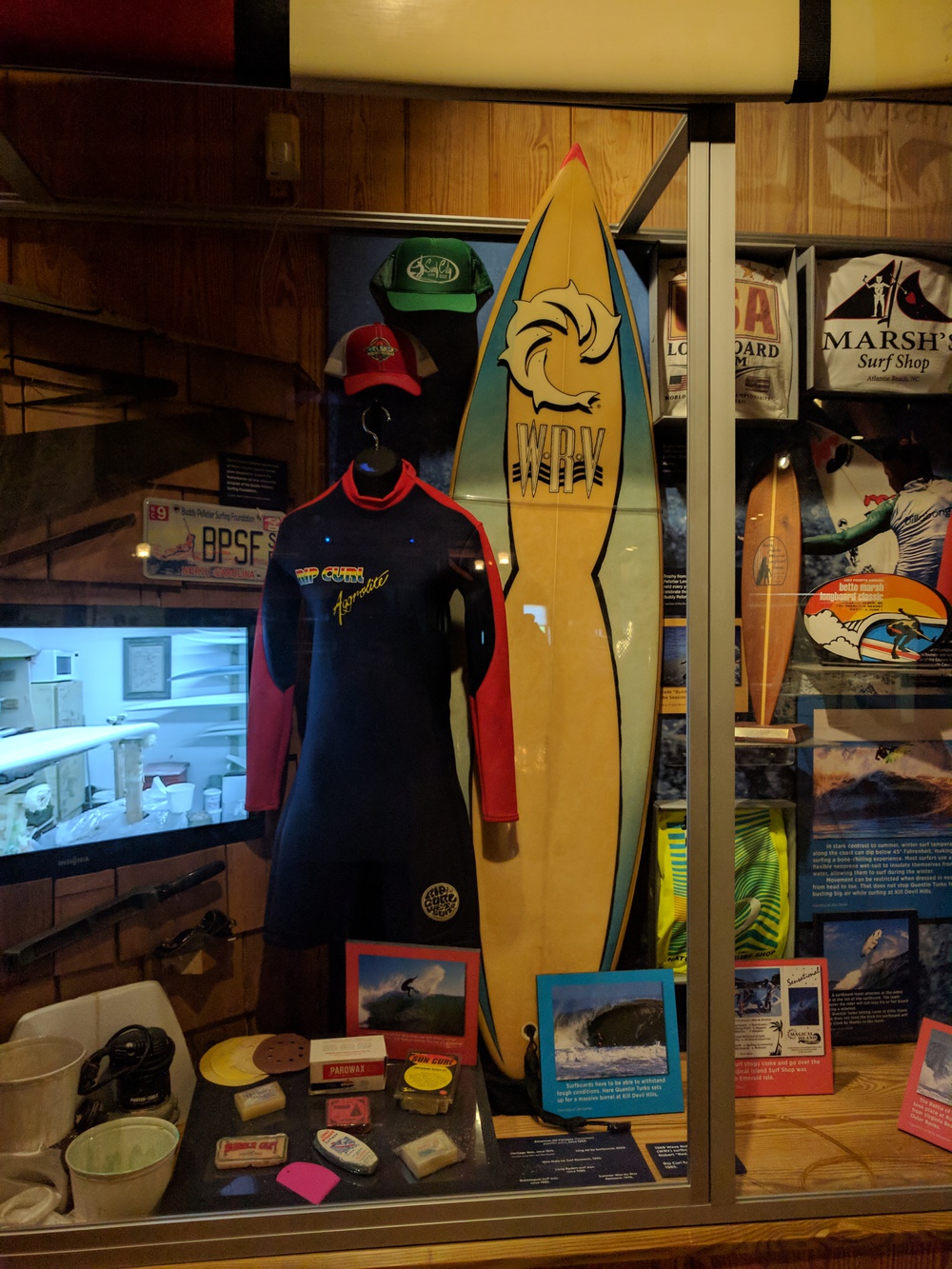 It was a busy day! We swung by the NOAA station along the water and had burritos at Dank Burritos in Morehead City. Our final stop was a cemetery in Beaufort (Old Burying Grounds) where Mark showed us the "Rum Keg Girl", a young girl who died aboard a ship back to the US from England and was kept in a rum keg to avoid being buried at sea. It is said "that the figure of a young girl can be seen running and playing between the graves in the Old Burying Grounds at night...that the tributes left on the young girl's grave are often moved about the graveyard at night, often found sitting balanced on top of other gravestones." 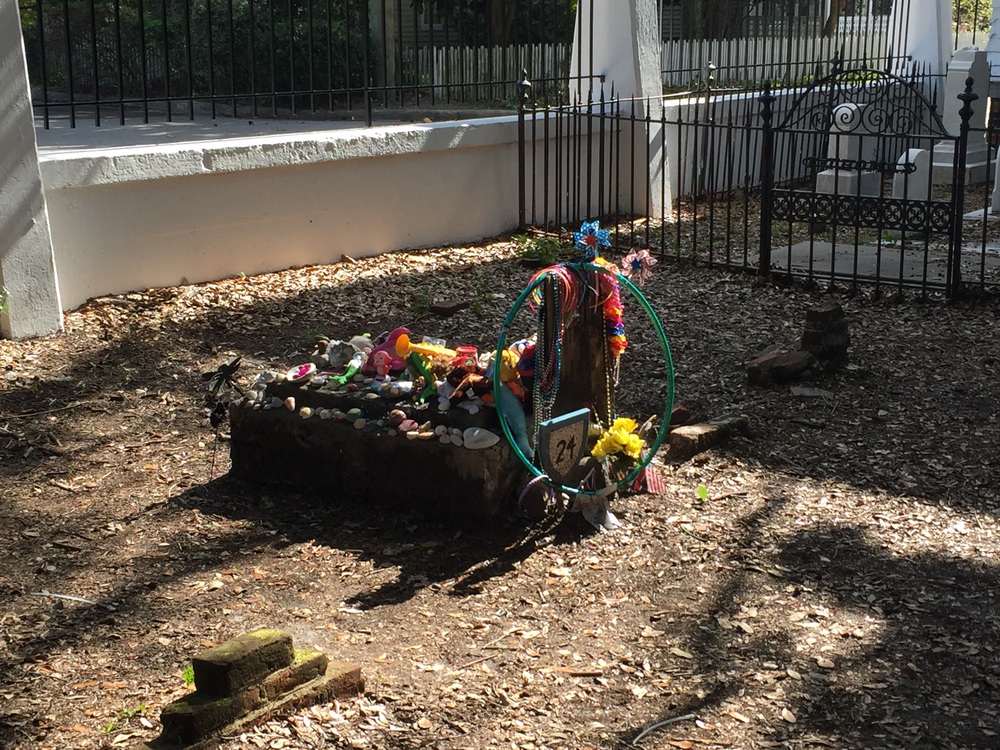 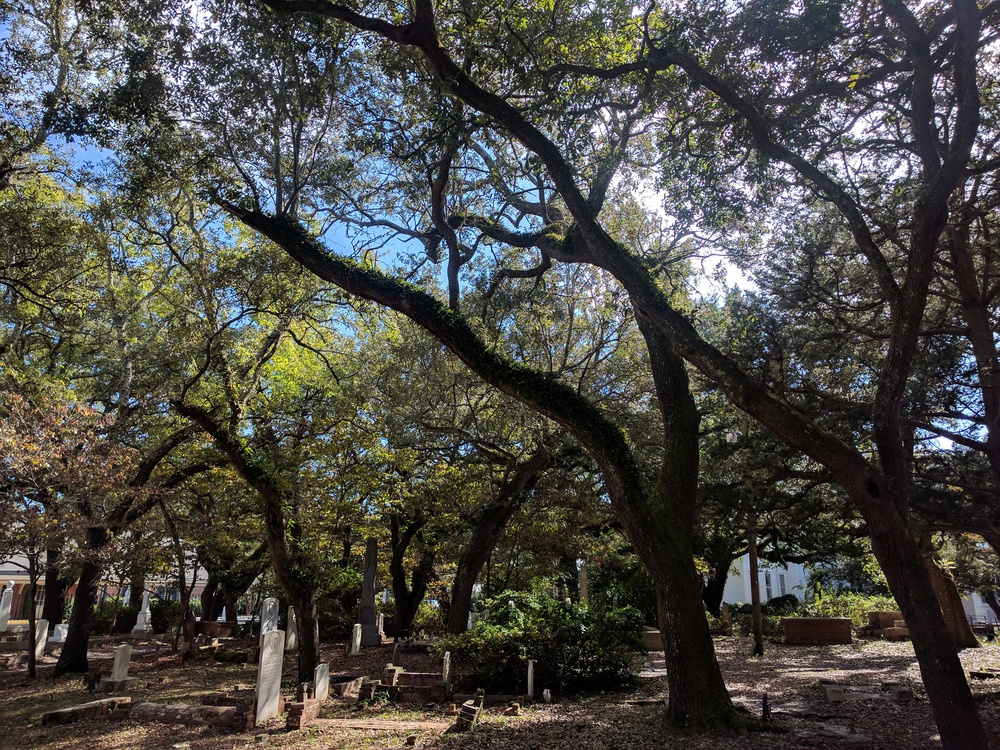 Mark dropped us back off and we enjoyed the dock at our campsite by the water, reading and watching the sun set: 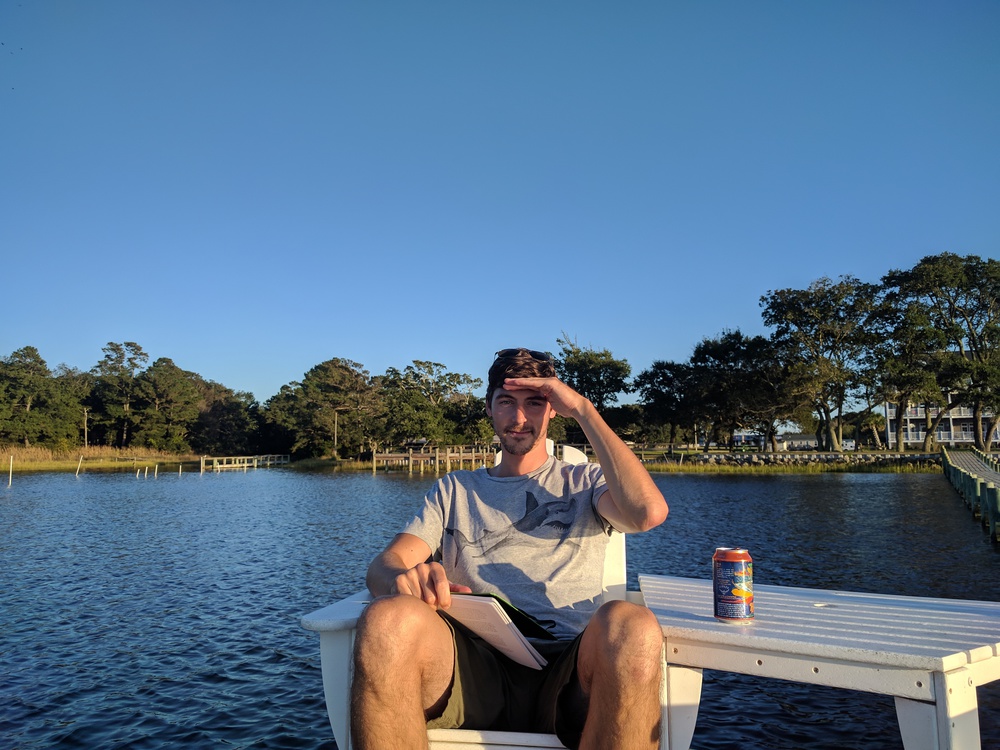 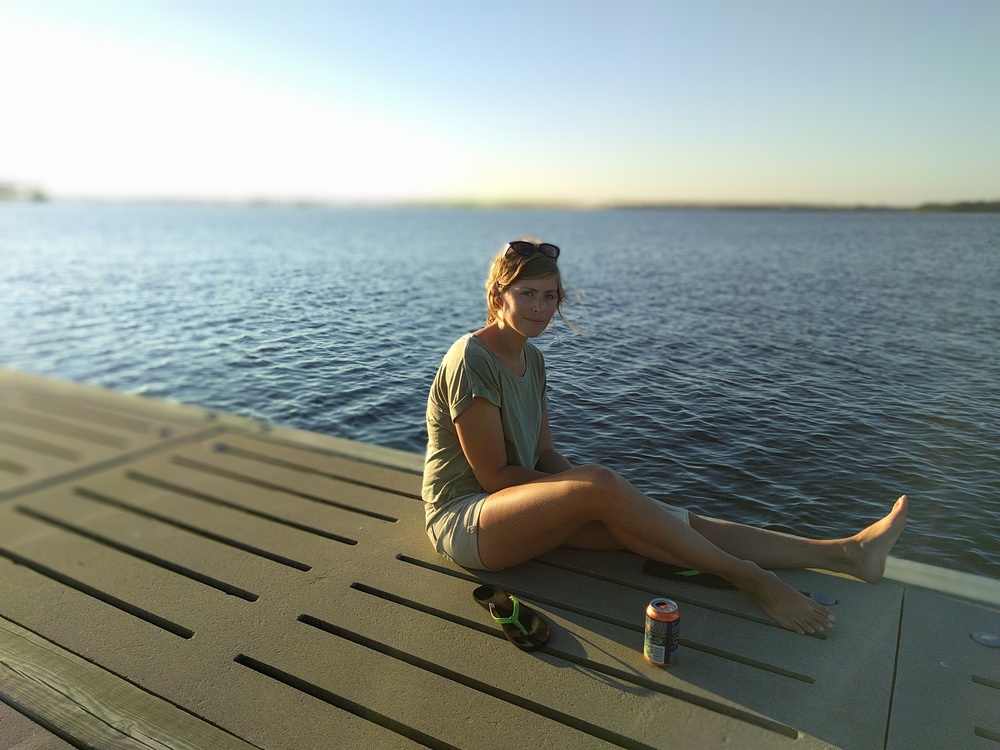 In the morning we stopped by a super crowded beach as you can tell from this picture: 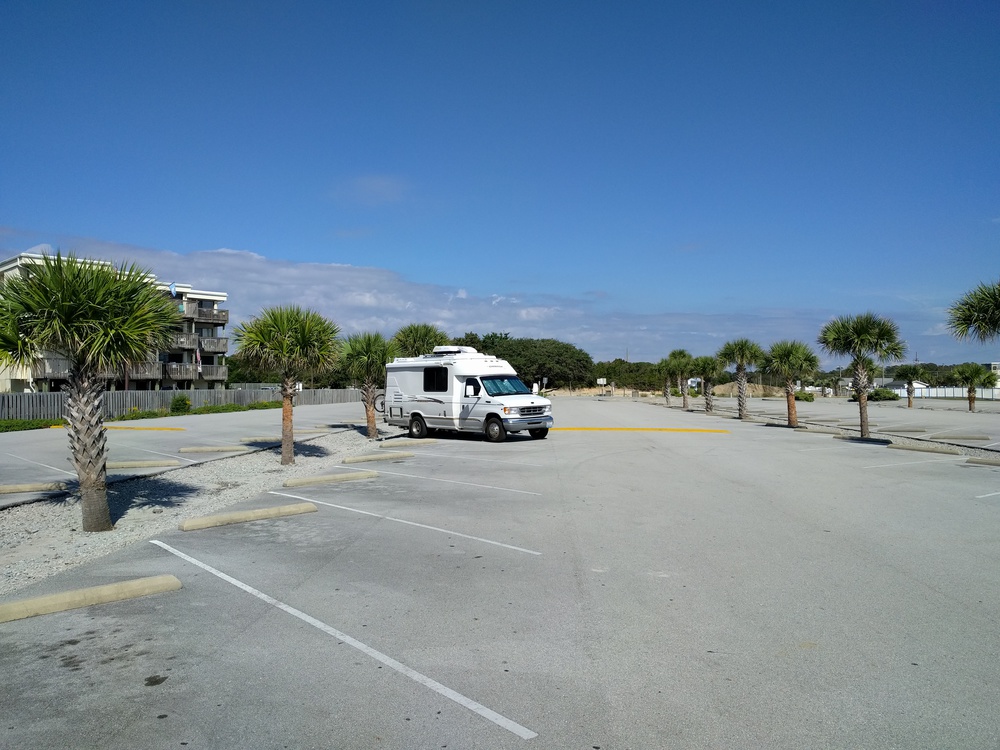 After a swim we made use of the outdoor showers and hit the road once again.