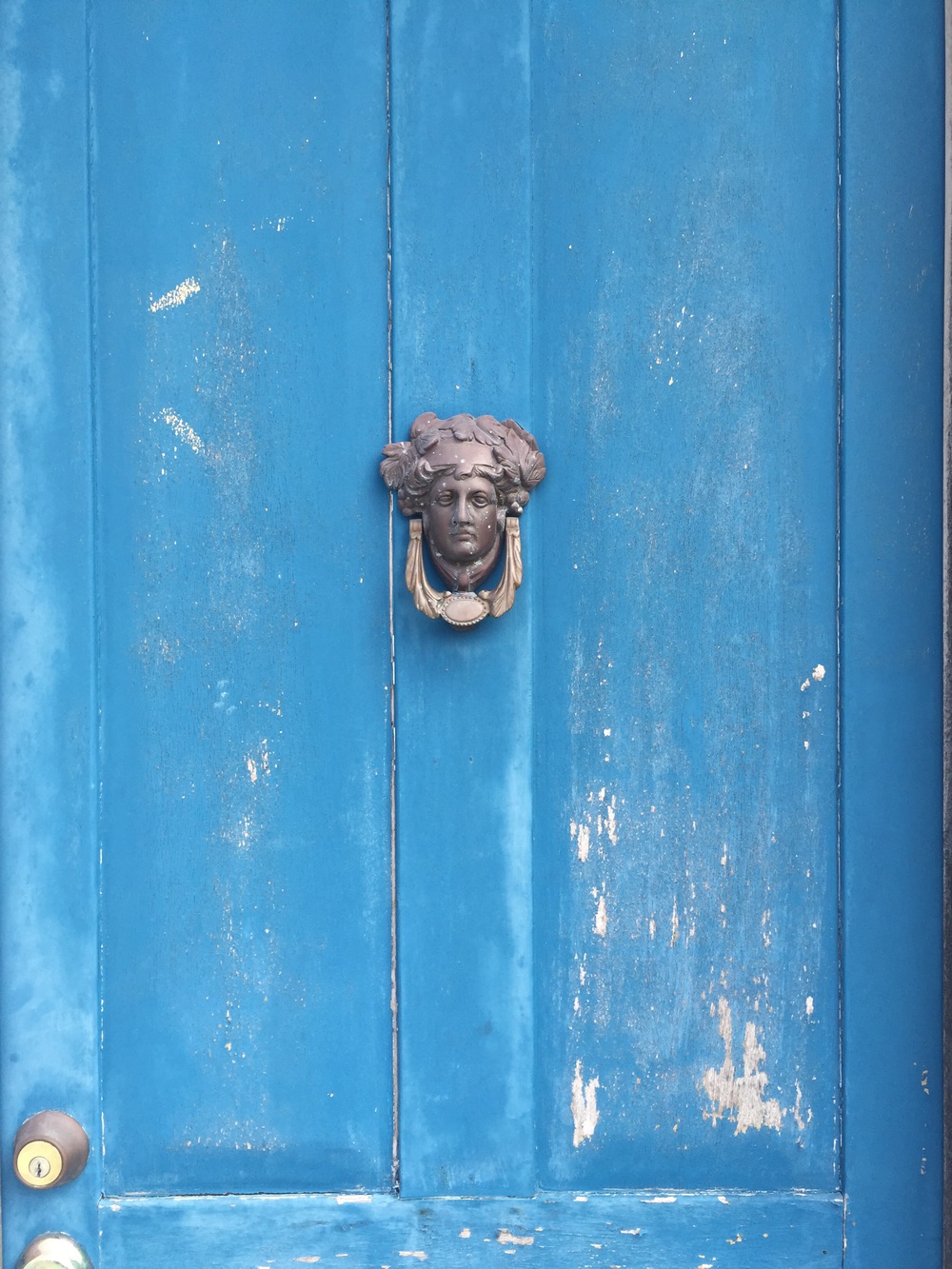 On the way south to Florida, we stopped by what claims to be the Smallest Church in America. It was just off the side of a scenic byway in Townsend, GA, it's doors unlocked. 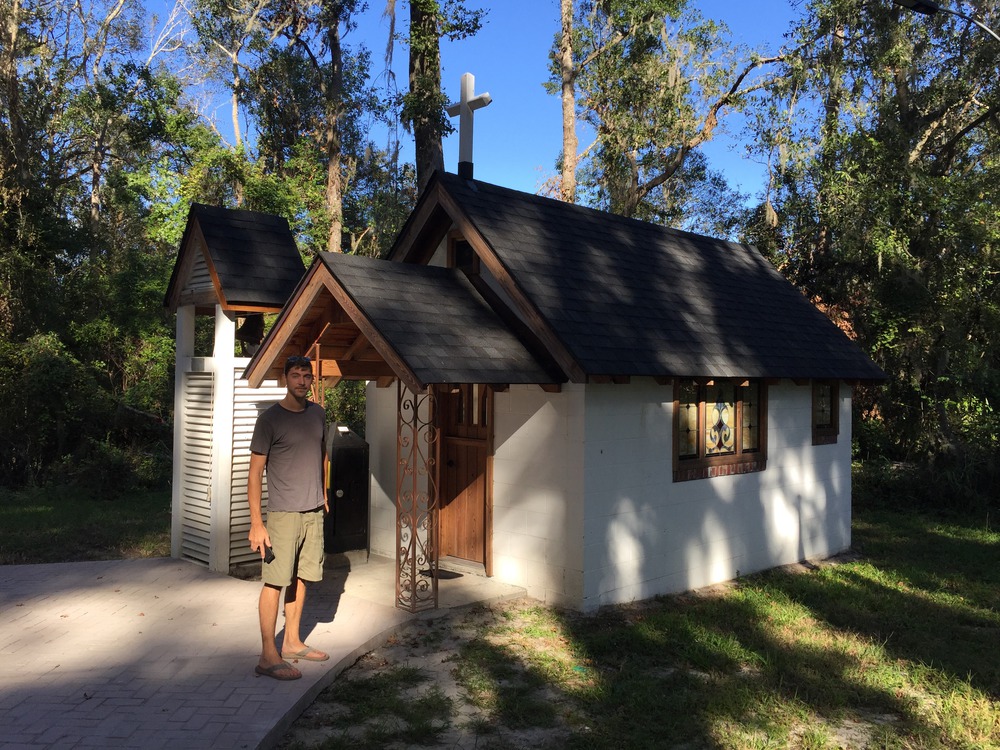 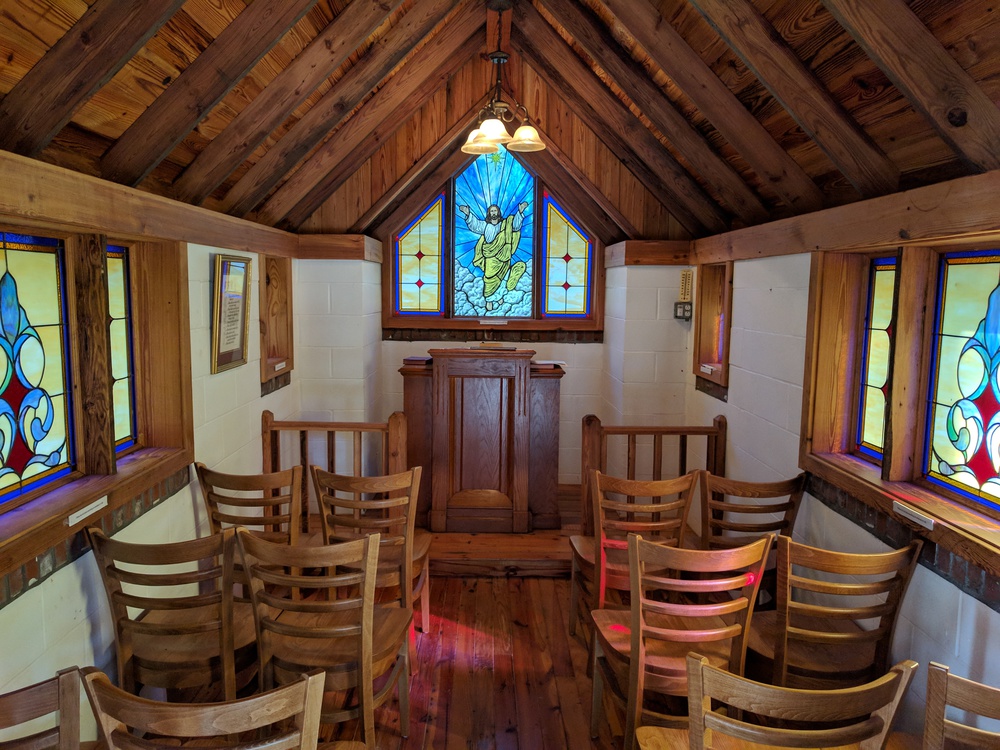 We got into St. Augustine, FL later that night (the 20th) and stayed in the parking lot of the local, predictably dependable Walmart.
In the morning we went to the beach for a while: 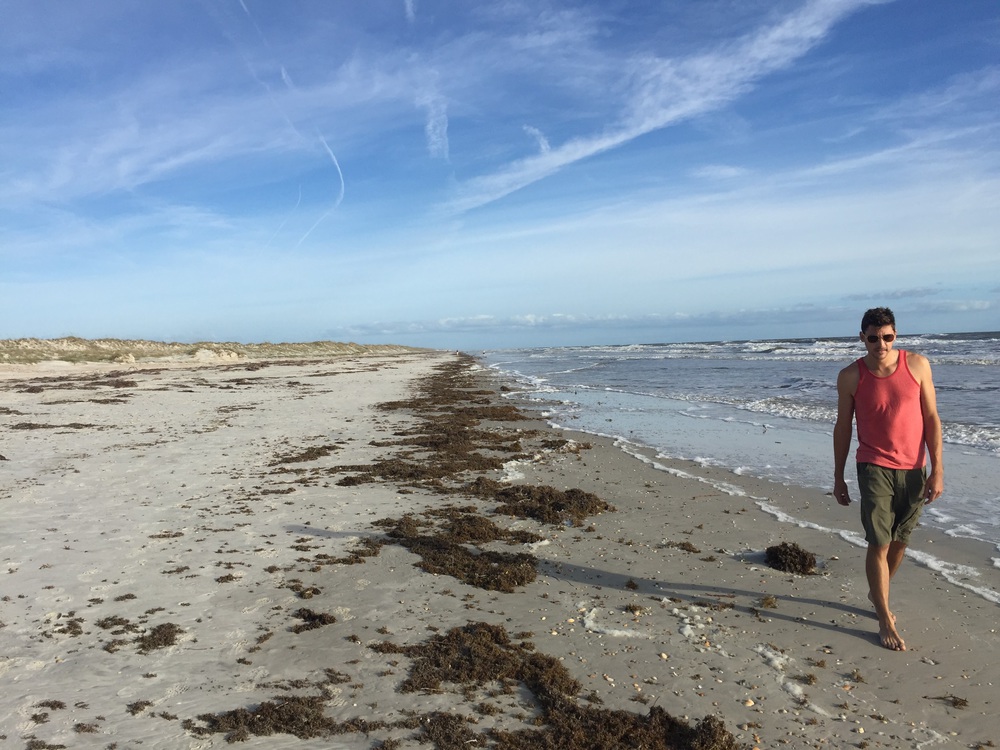 Afterwards we spent a little time in St. Augustine. The city was bustling, a lively tourist and historical destination – it claims (along with Pensacola, FL) to be the oldest city in America, the longest continuous settlement. We went into a church with beautiful stained glass and admired the Spanish architecture downtown. 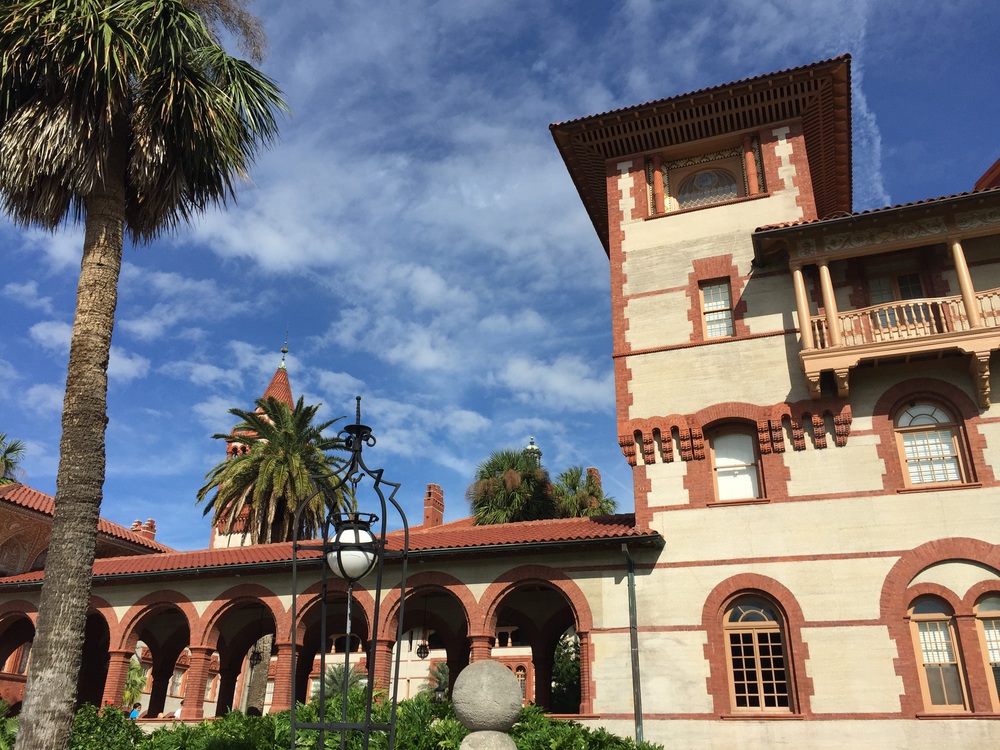 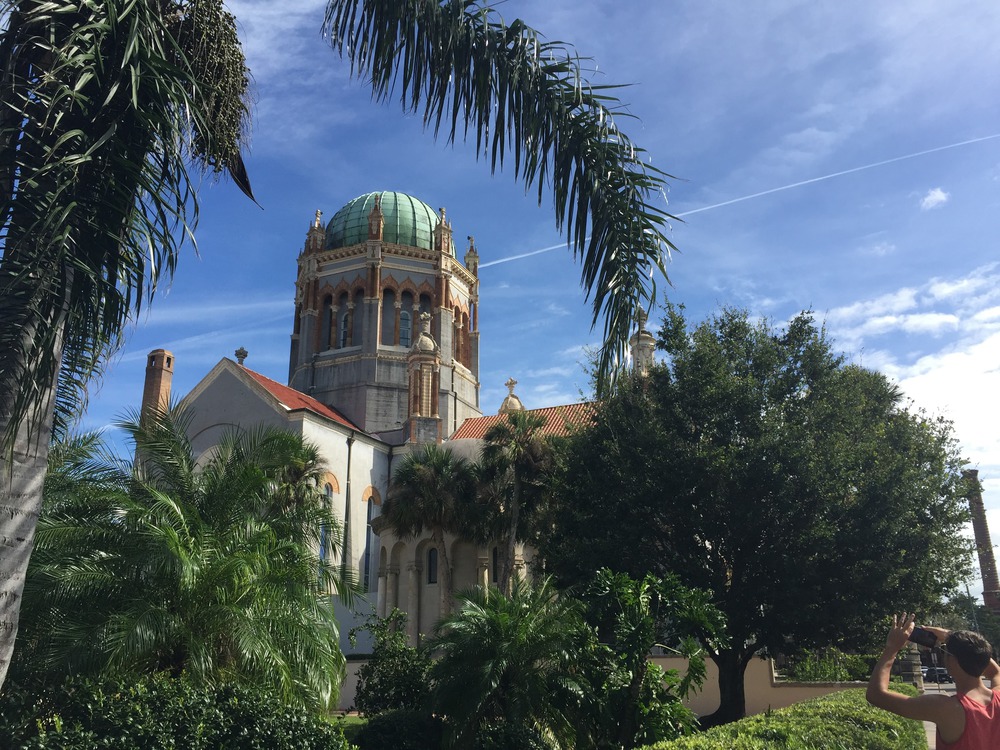 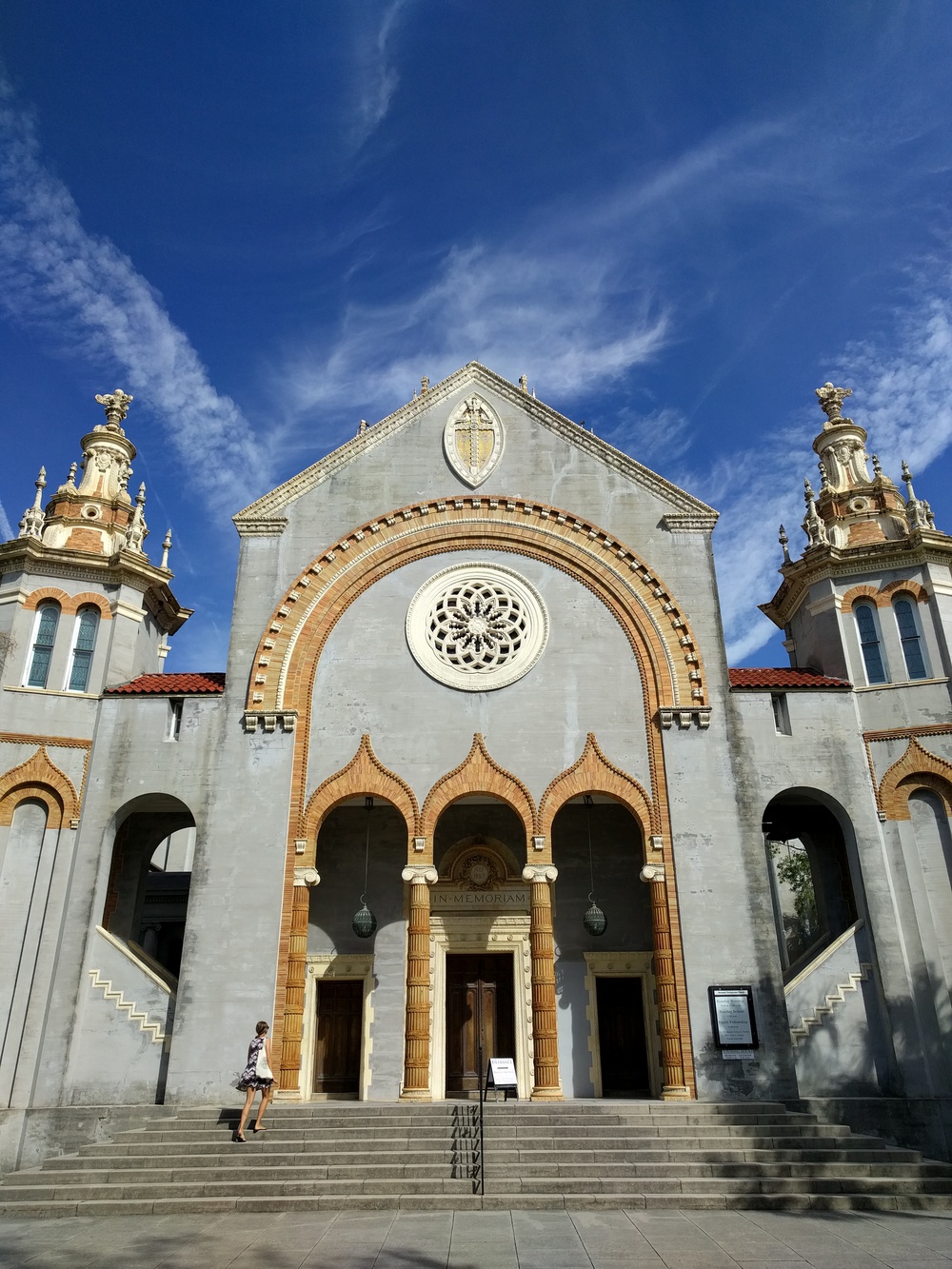 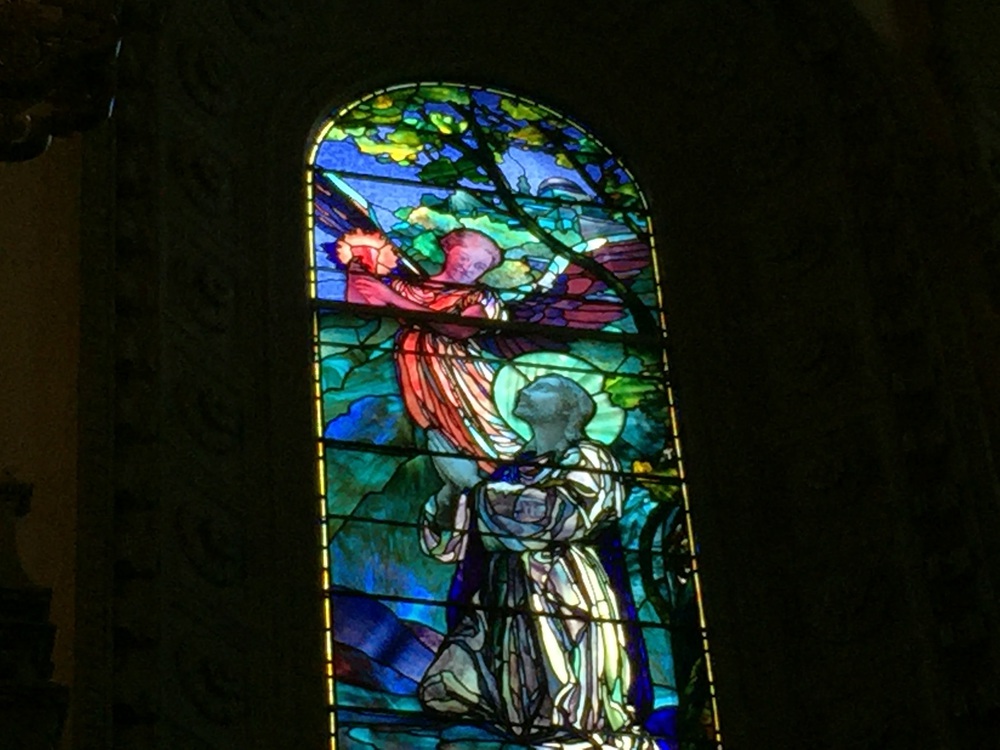 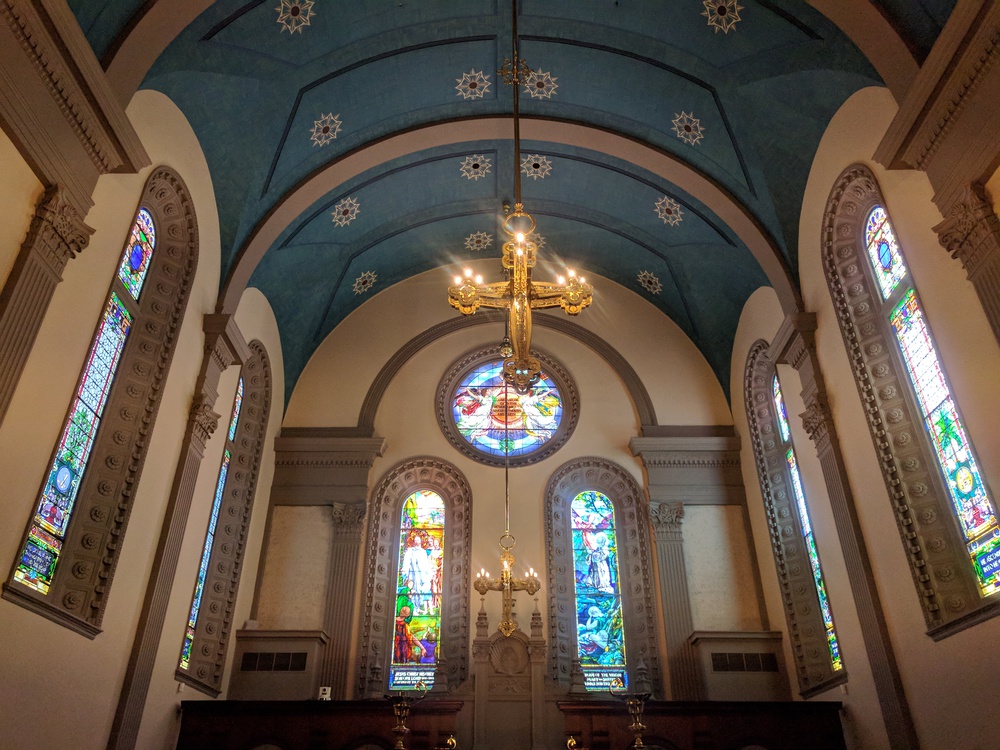 In the early evening we arrived at Dan's aunt Bonnie and uncle Allen's house in Boynton Beach, FL. Bonnie was out of town in Seattle so we planned on staying a couple nights then coming back through on the way back up from Key West. We visited with Allen and he recommended some things for us to do, so the next day we went to the Wakodahatchee Wetlands and saw birds, iguanas and our third alligator so far. 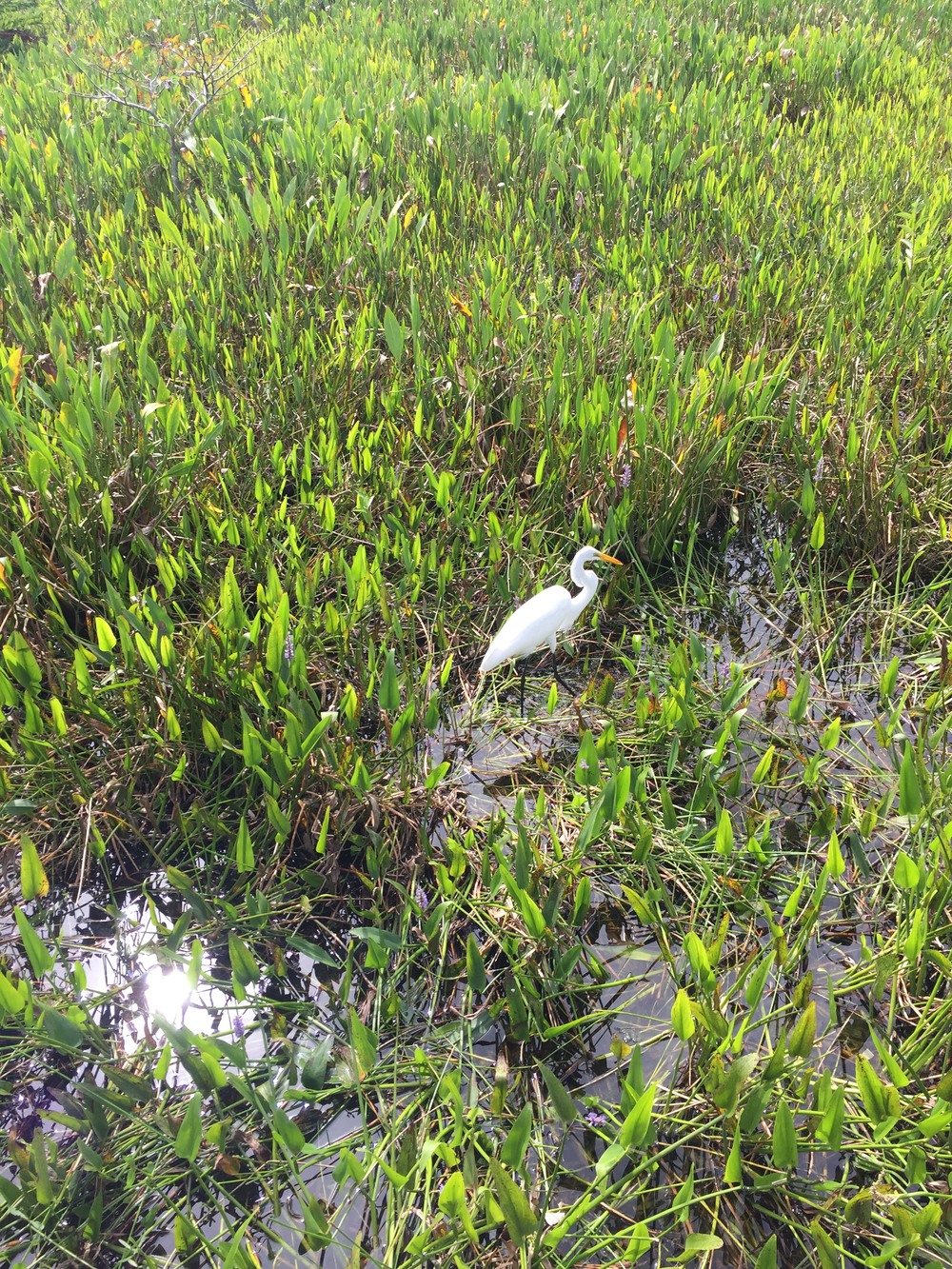 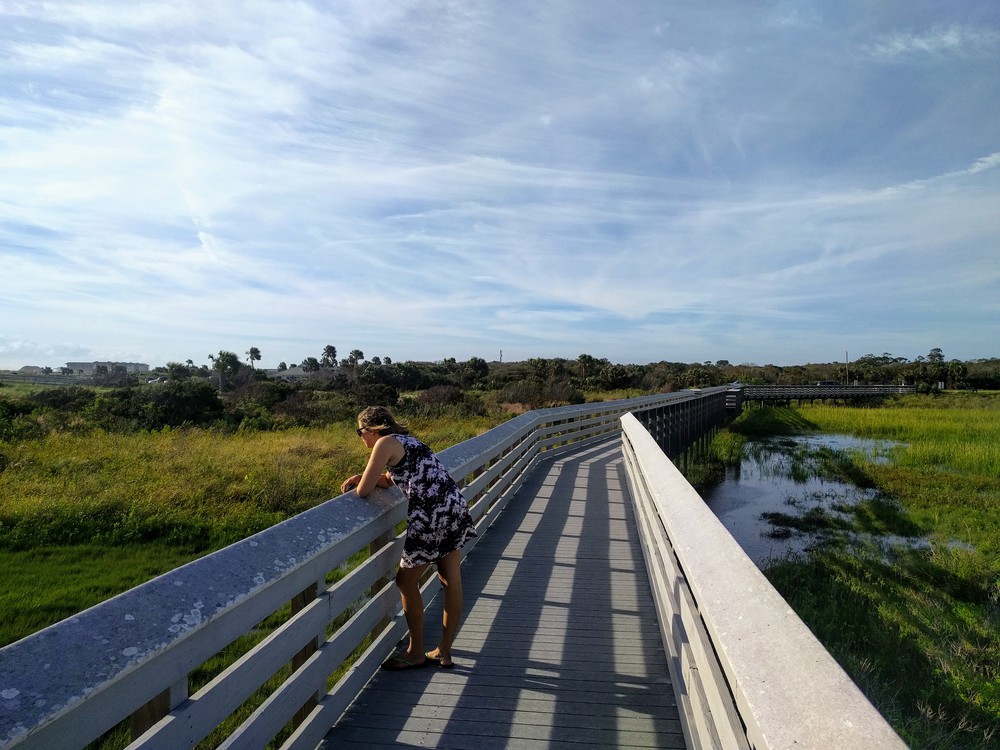 Afterwards we went to Delray Beach but didn't get to swim because of the 'marine life warning'-jellyfish. I already had about 1,000 bug bites thus didn't feel like complicating them with jelly stings.
We made burgers that night then left early in the morning the next day for Key West.

For a while we were kind of on the fence about whether or not making the drive down to Key West was worth it, especially since the Florida Keys were recently hit by Hurricane Irma. Ultimately, the decision was made to go for it and I'm glad we did, although the destruction on the way down was pretty bad. The island of Key West actually escaped a lot of the damage but the keys north of it however were still in more or less a state of wreckage with trash mountains piled up roadside all the way down.

This is a trash pile, a trash mountain is 20 feet tall. 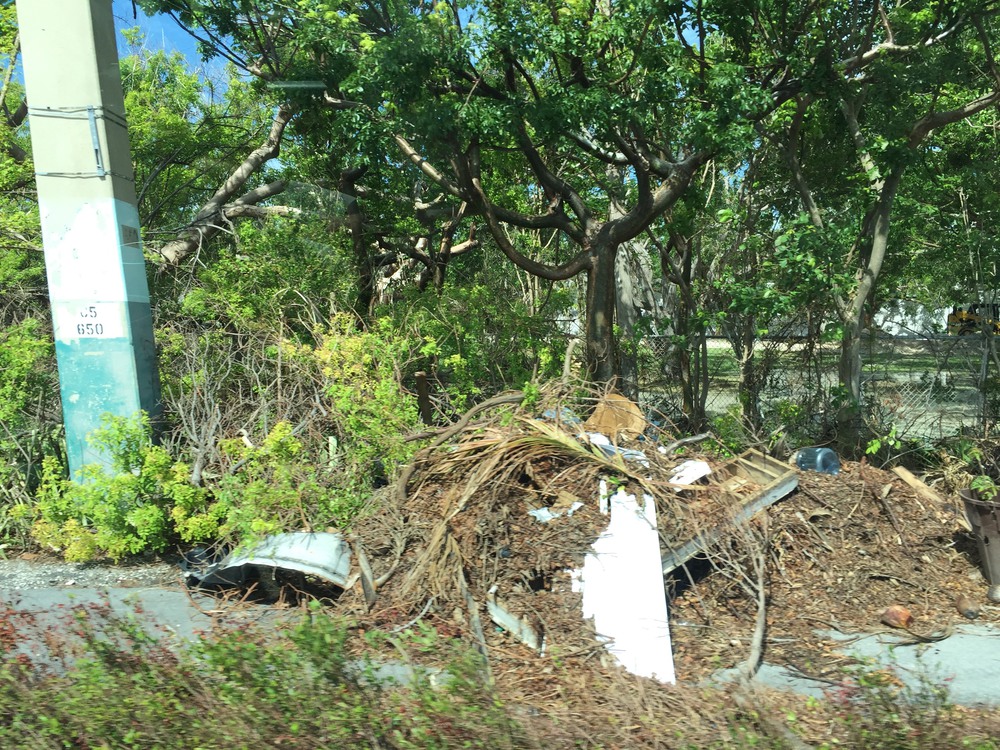 The most scenic part of the drive was over the bridges spanning clear blue water. 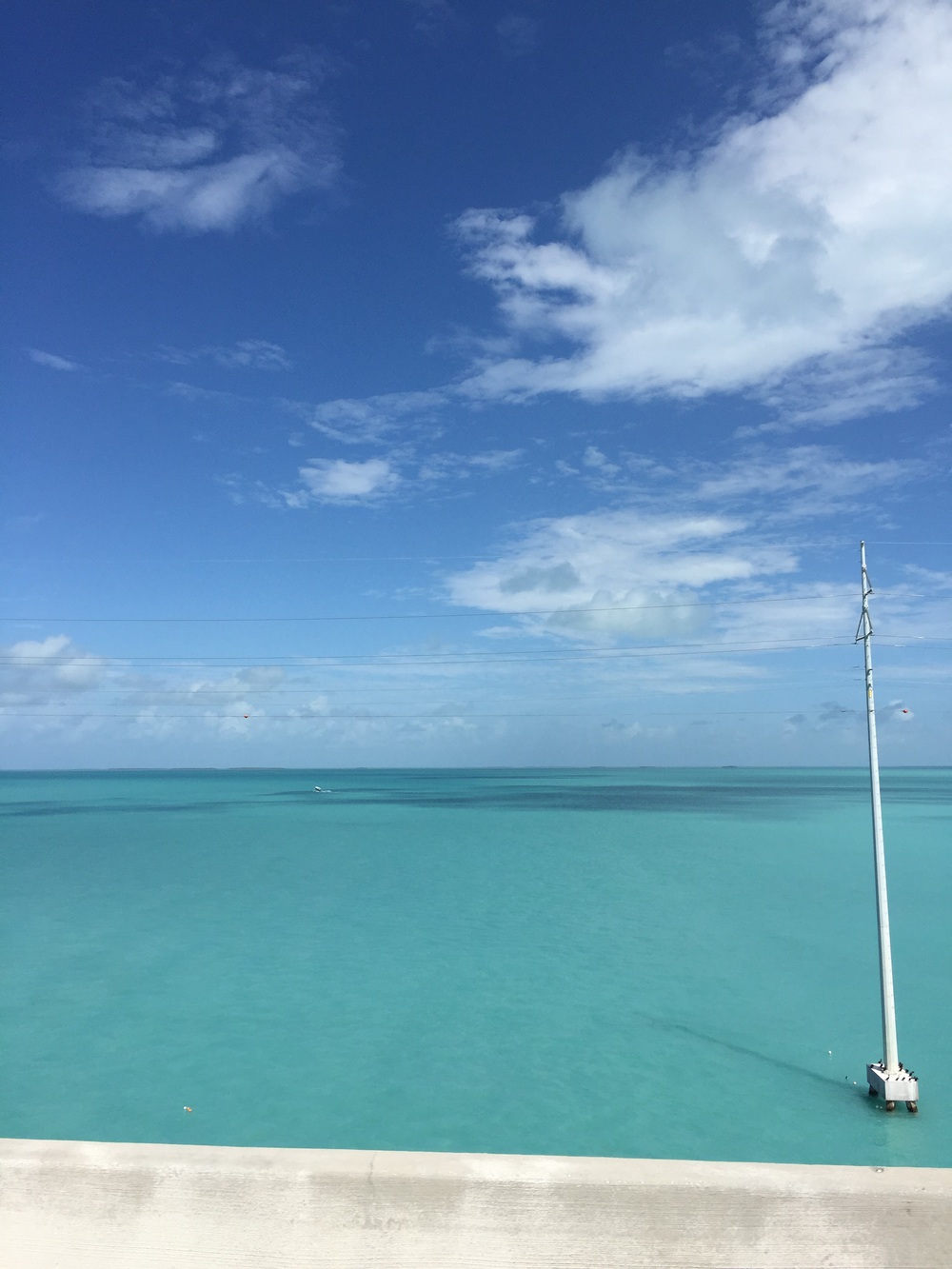 We tried to stop at the John Pennekamp State Park to take a snorkel tour but tours were closed for the day.

We ended up finding a campground with availability on the way down which ended up being the most expensive night we've had so far outside of the Whiteface Lodge in Lake Placid. I don't even want to disclose how much we spent for basically a gravel parking spot with no hookups. It was insane! This was kind of our fault in that we could've planned better and could've gotten a cheap hotel for what we paid. Oh well! 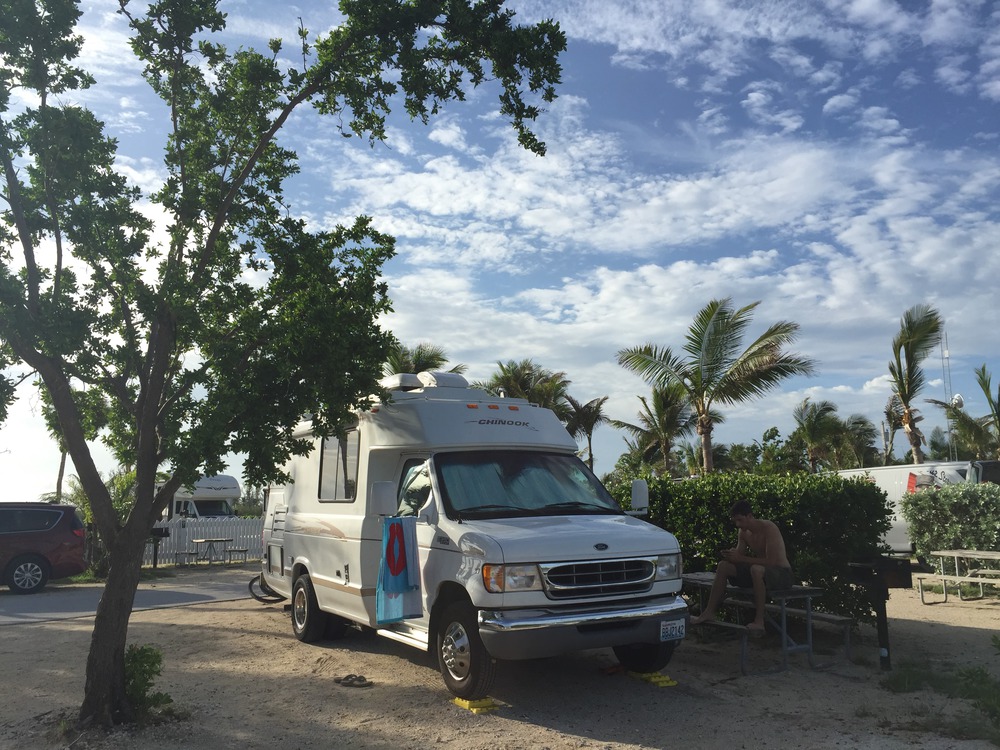 After arriving in the afternoon we decided to ride bikes into Key West (the campground was on Stock Island about 4 miles away from the main tourist area). It didn't take long before we realized this was sort of a dumb decision because almost every day a thunderstorm is guaranteed to roll in about the time we took our bikes out.

Waiting out the rain: 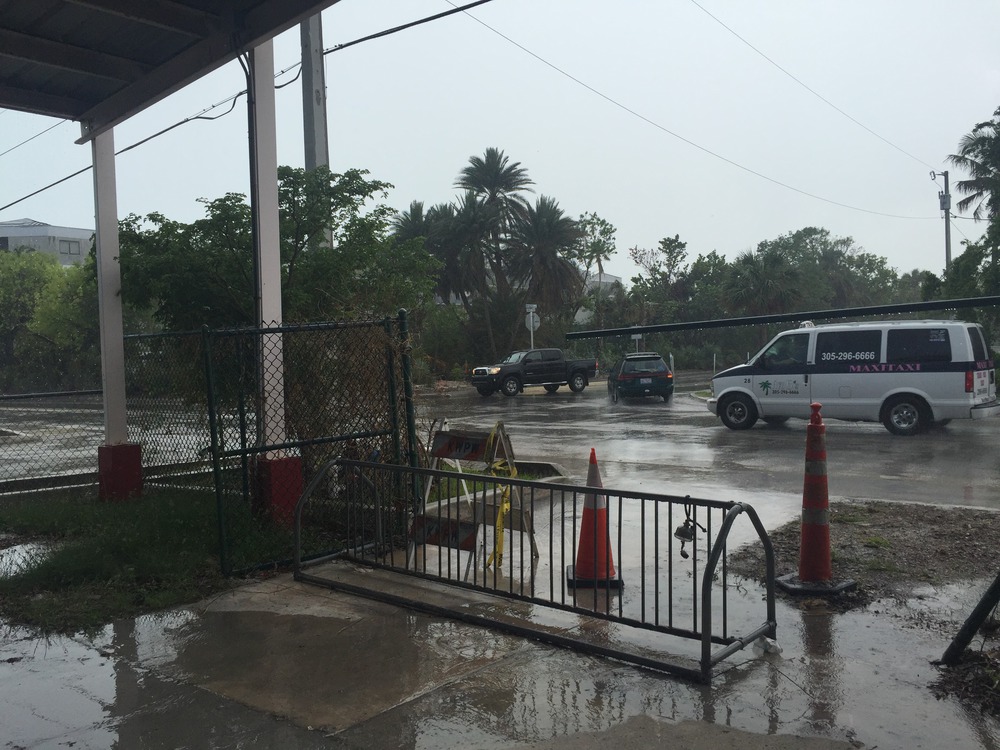 It rained on us on and off but we got to see the Southernmost Point Buoy, a couple beaches (from the safety of a rain shelter) and the main strip which is filled with bars and souvenir shops. 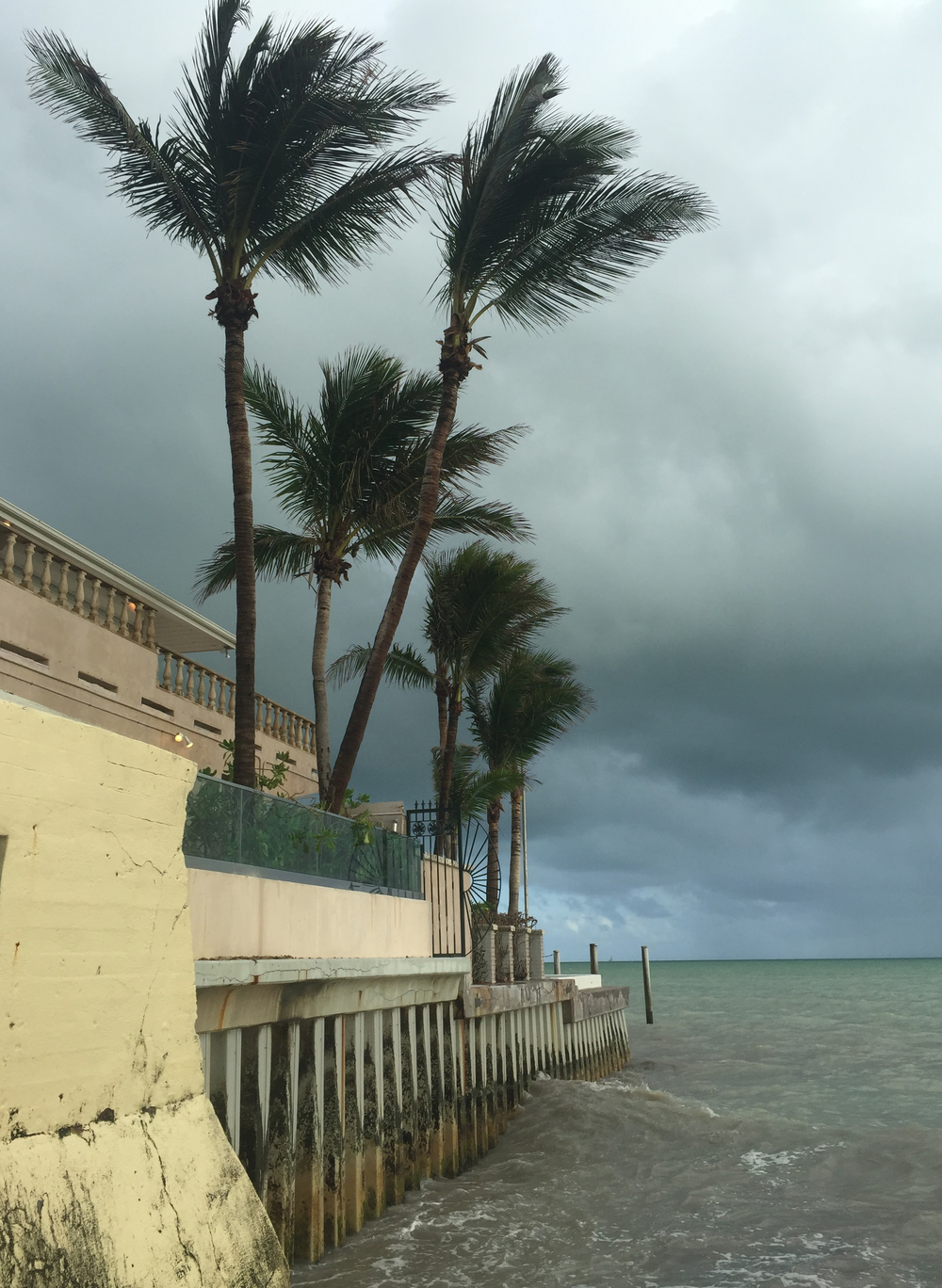 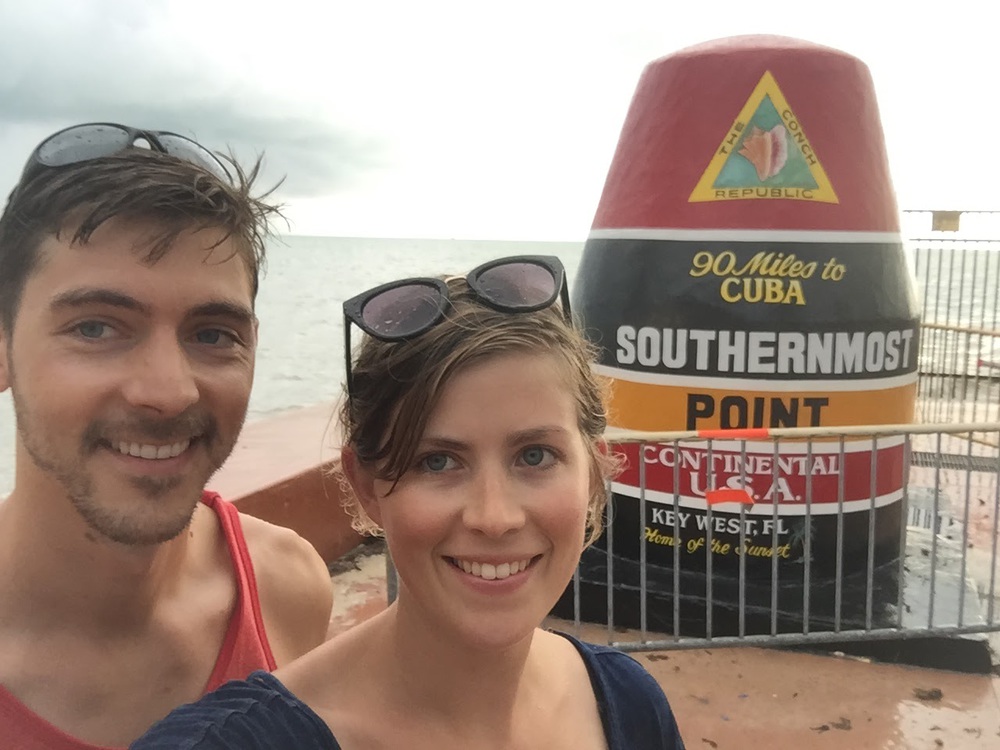 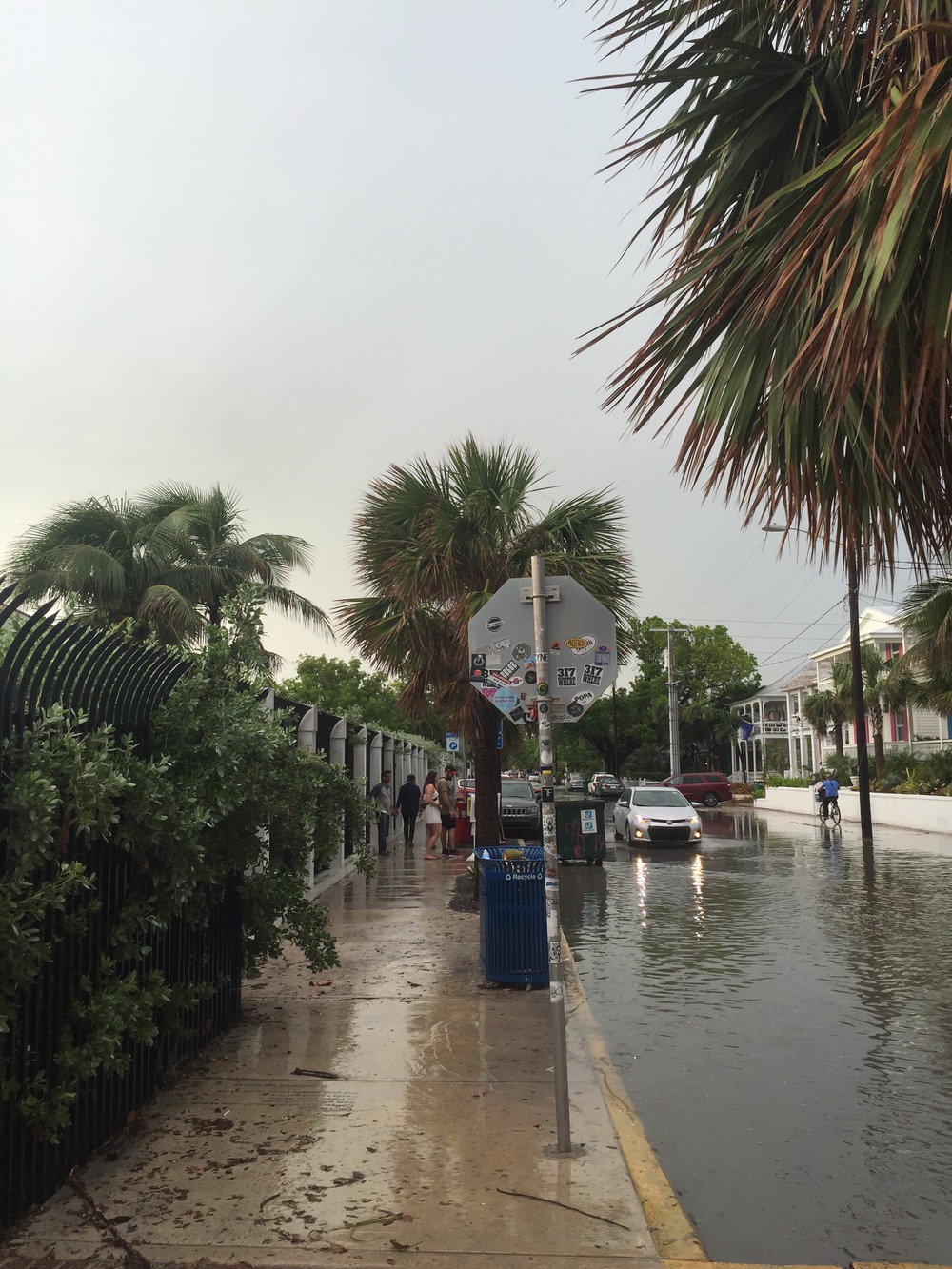 There was also a festival taking place while we were there called Fantasy Fest, which drew colorfully dressed revelers.
That night we tried to walk to a nearby restaurant but the only street there was flooded with garbage water. We did get to take a swim in the campground pool to the sound of Jimmy Buffett tunes - something that felt very Key West.

The next day we checked out of the campsite and drove into Key West again. It was hot and sweaty! We did some shopping and had paninis, saw the exterior of Ernest Hemingway's house and looked at the architecture and colors of the old homes. 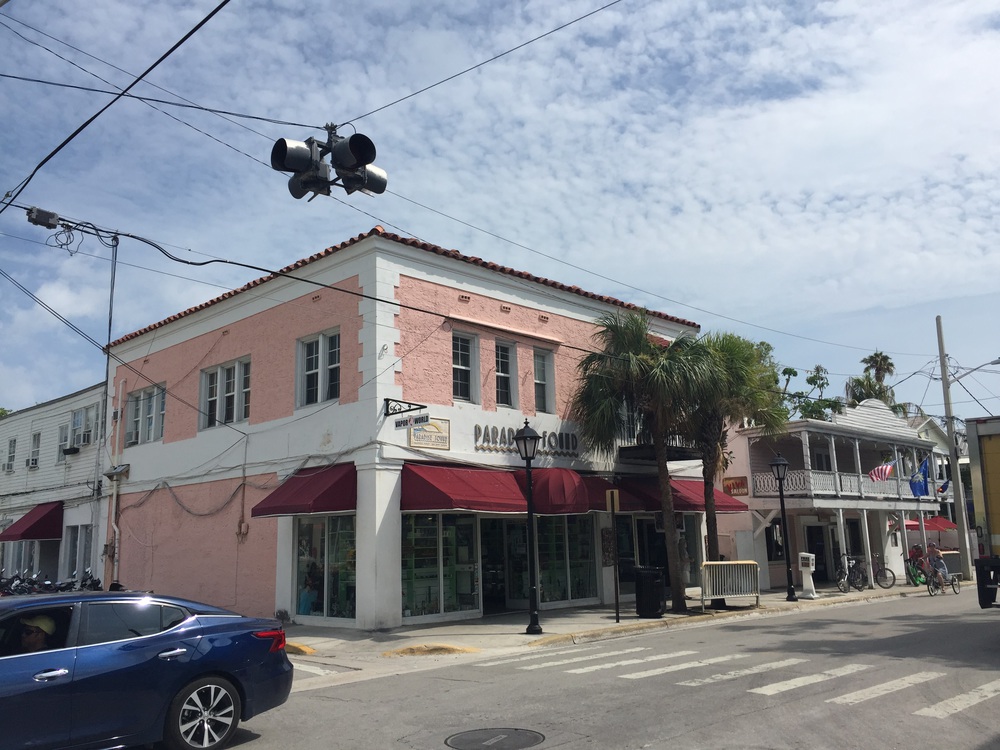 Just one street over from the main street (Duval) was less trafficked, prettier and closer to what I think people mean when they say “old Key West" though some cleanup was still going on. 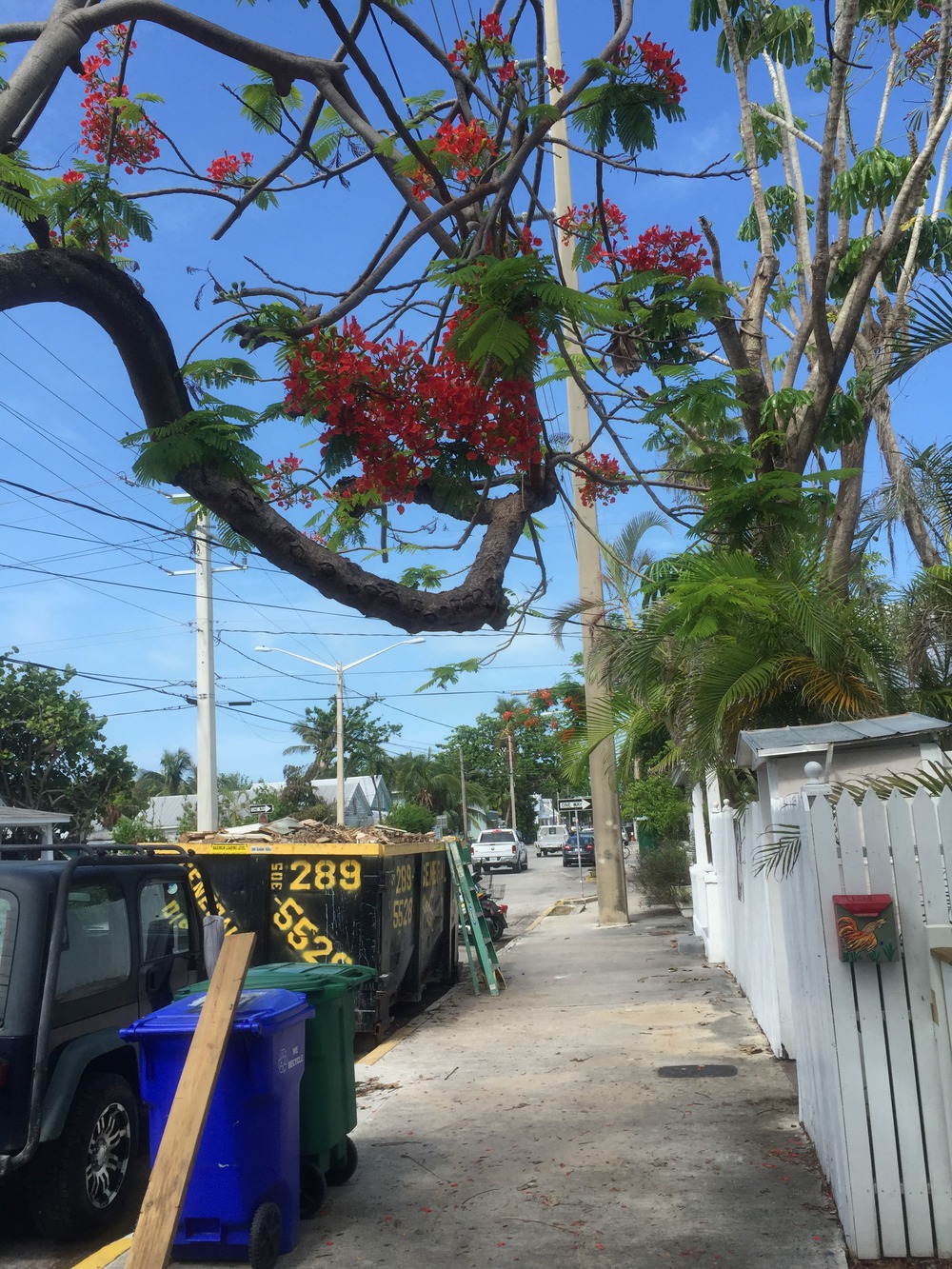 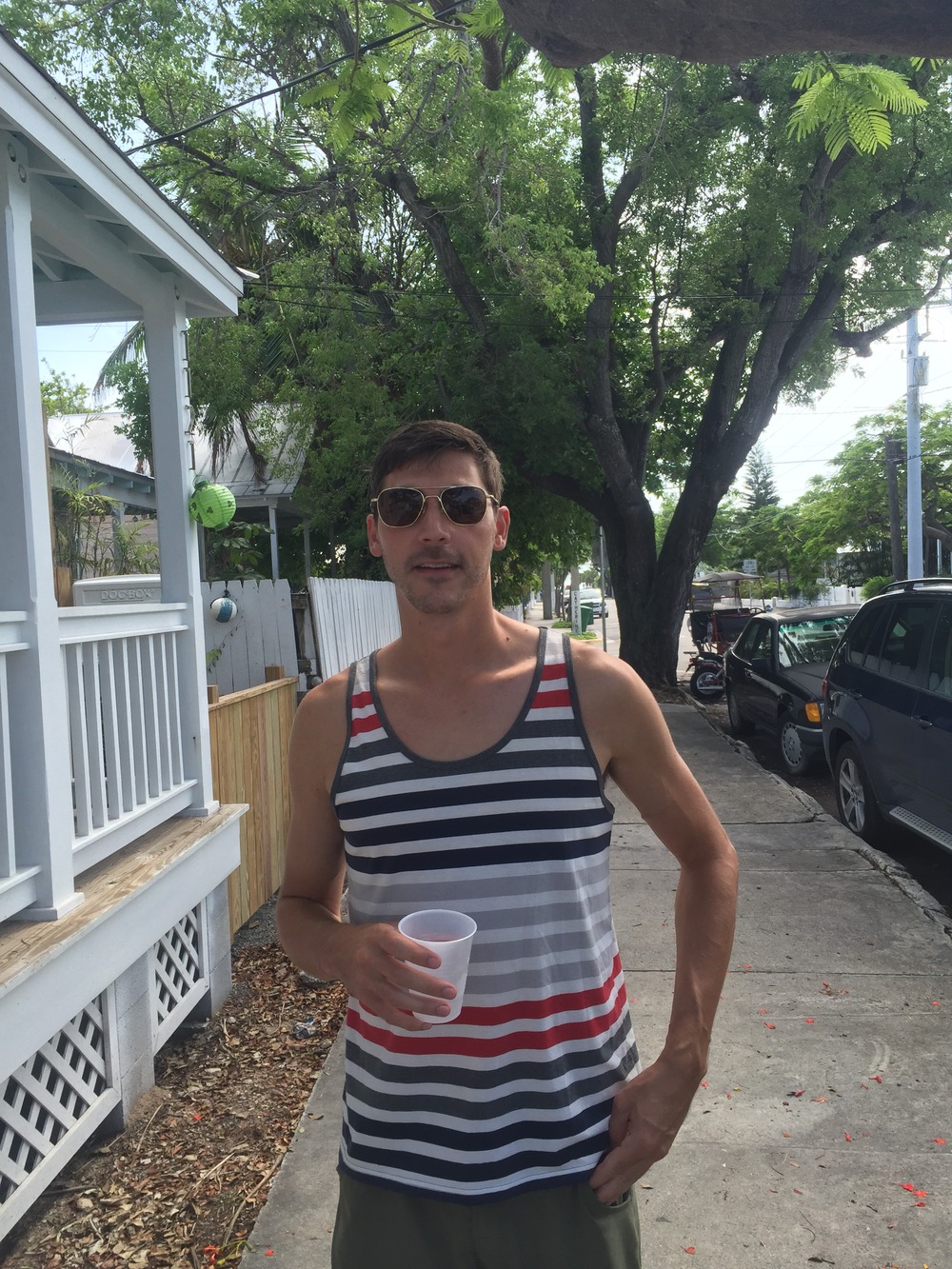 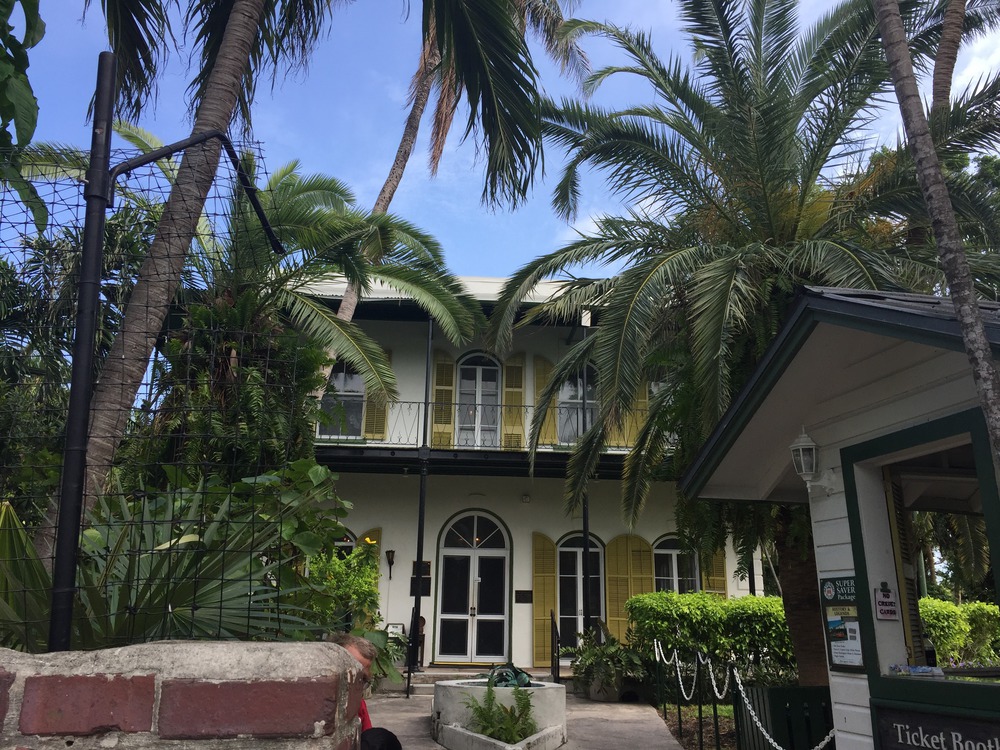 I think the current state of the Keys and our lack of planning thwarted our ability to enjoy the area fully. None of the things I intended to do (snorkel, drink tropical drinks, see the famous haunted Robert the Doll) worked out in the end, but that is OK. It's just a good reminder that expectations never equal reality. It was still worth it, if anything to be able to say we saw the Southernmost Point and put money back into the Keys' economy.

Next:  Boynton Beach and Beyond