From Great Basin National Park, we started heading east towards Salt Lake City to stay with one of my oldest and best friends, the one and only Heather Dalke.

On the way, we spent a night in Provo (south of Salt Lake) at the Walmart parking lot (free) after exploring around BYU a little bit and using their library wifi. The students there look very clean and wholesome. It was hot and the lack of skin was notable. 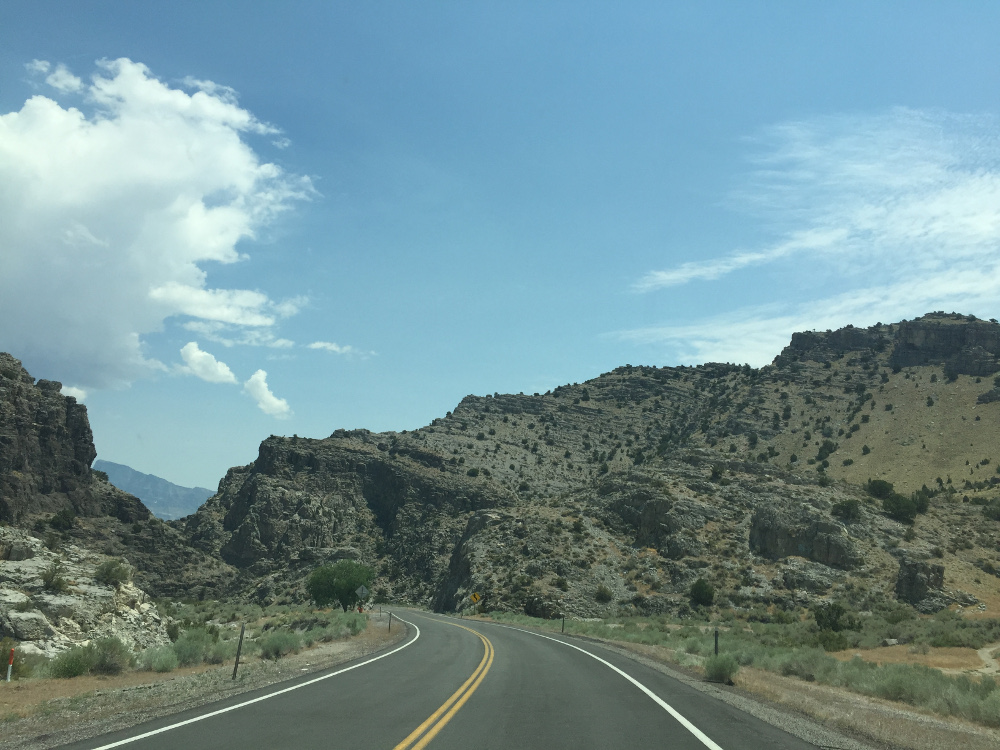 We made it to Heather's place, in the Sugar House neighborhood of Salt Lake, early in the day needing to get out of the Walmart by 8. She was at work but we were greeted by her dog Rue and roommate Caroline. 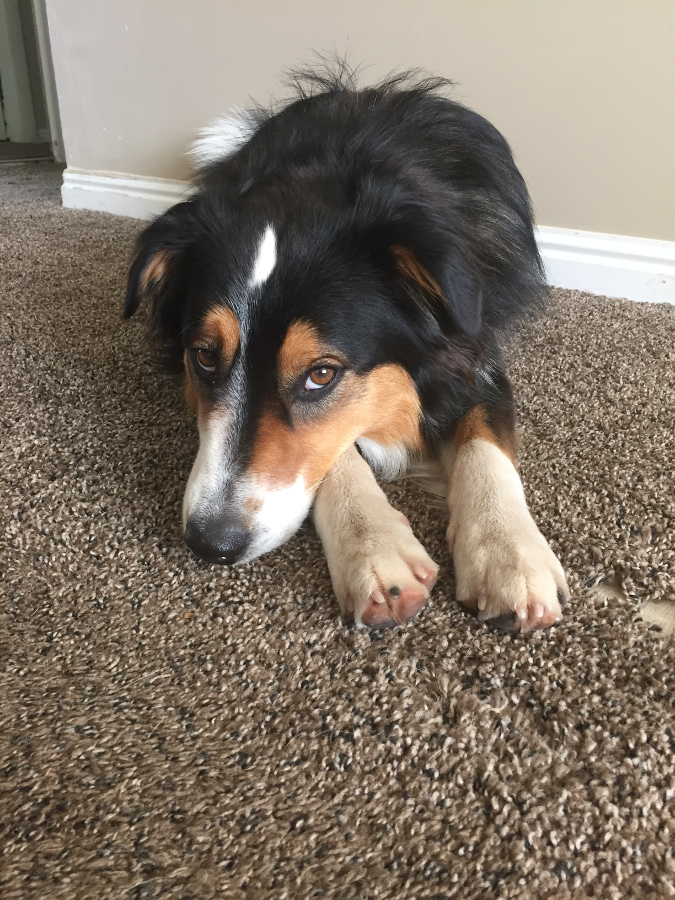 During the day, Dan rode his bike to a nearby coffee shop and I lounged around the house and read. Spending time with Heather usually involves a lot of outdoor activity so I sensed I needed to generate some energy reserves, haha.
That night we went out to a nearby Greek place for delicious food then took Rue to Tanner dog park. 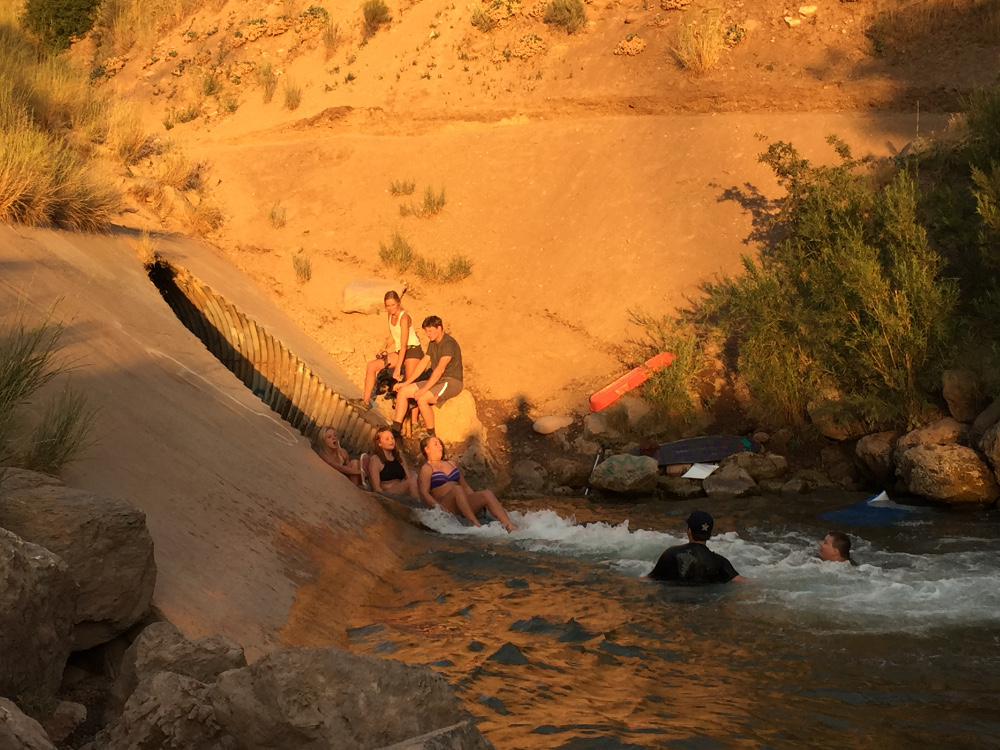 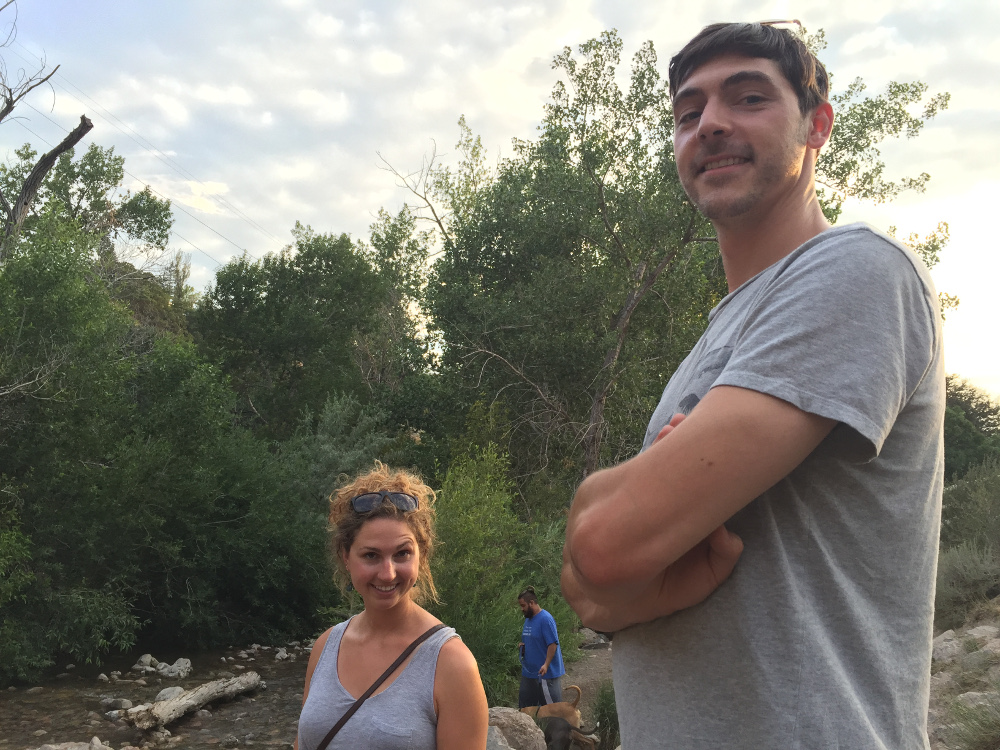 In the morning, we got coffee and Heather took us into the canyon outside of the city. It was surprising to see how quickly the hot desert climate turned into lush forests. We drove up the mountain past two reservoirs, up the winding gravel road to get to the Silver Lake trailhead. 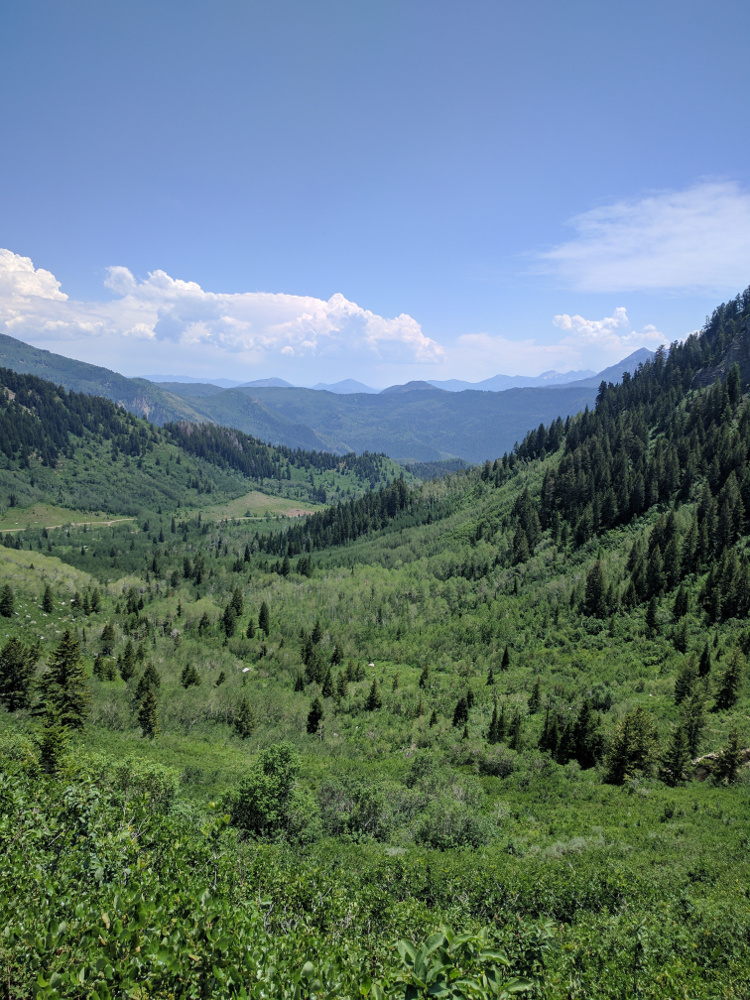 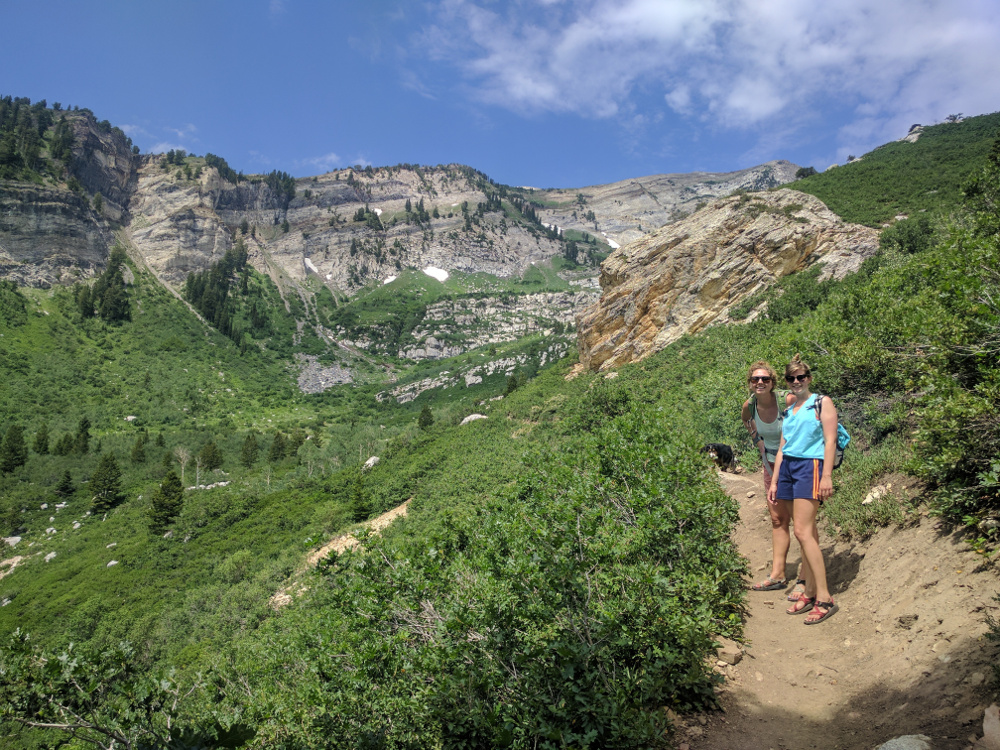 The hike was beautiful and hot but at the top we were rewarded with a swim in very cold Silver Lake. 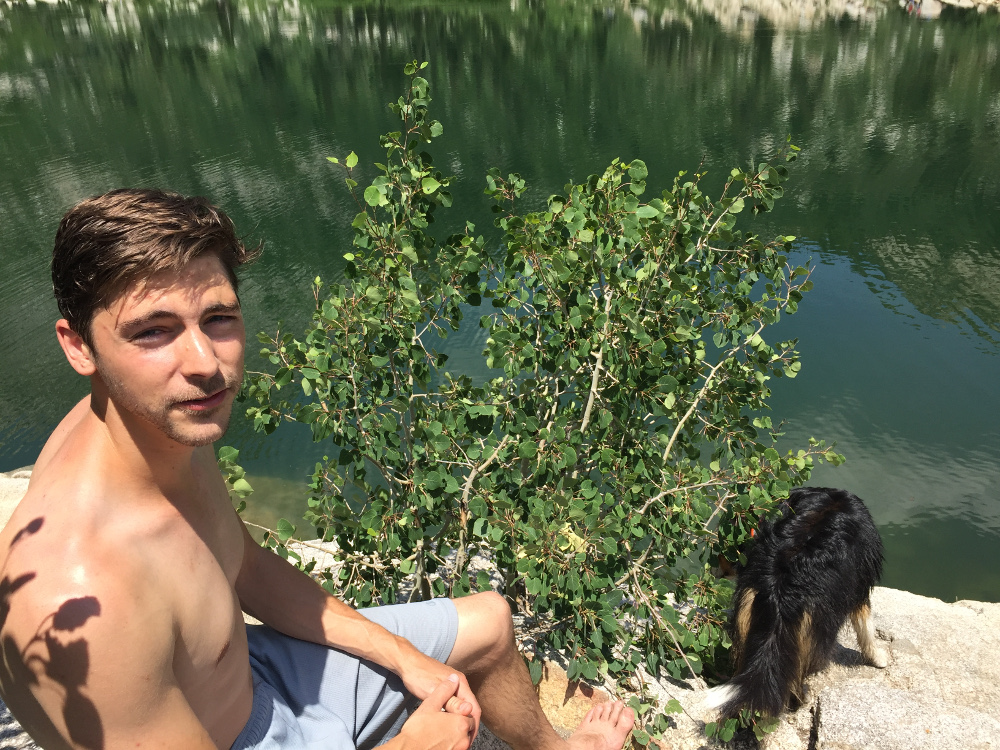 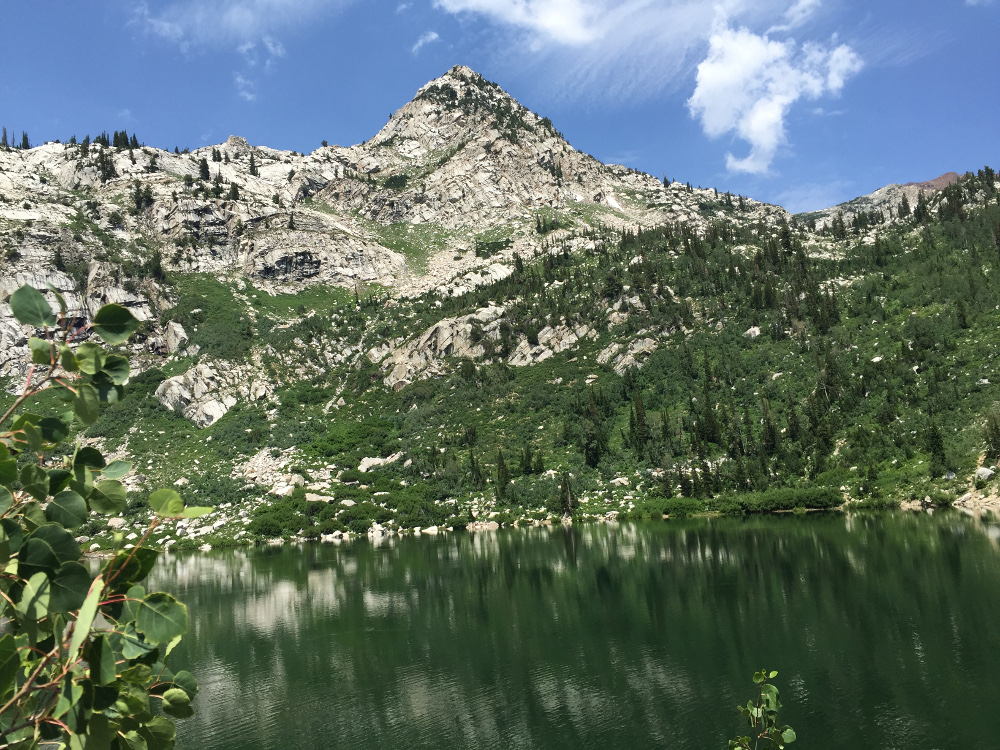 Rue getting a bath in Silver Lake: 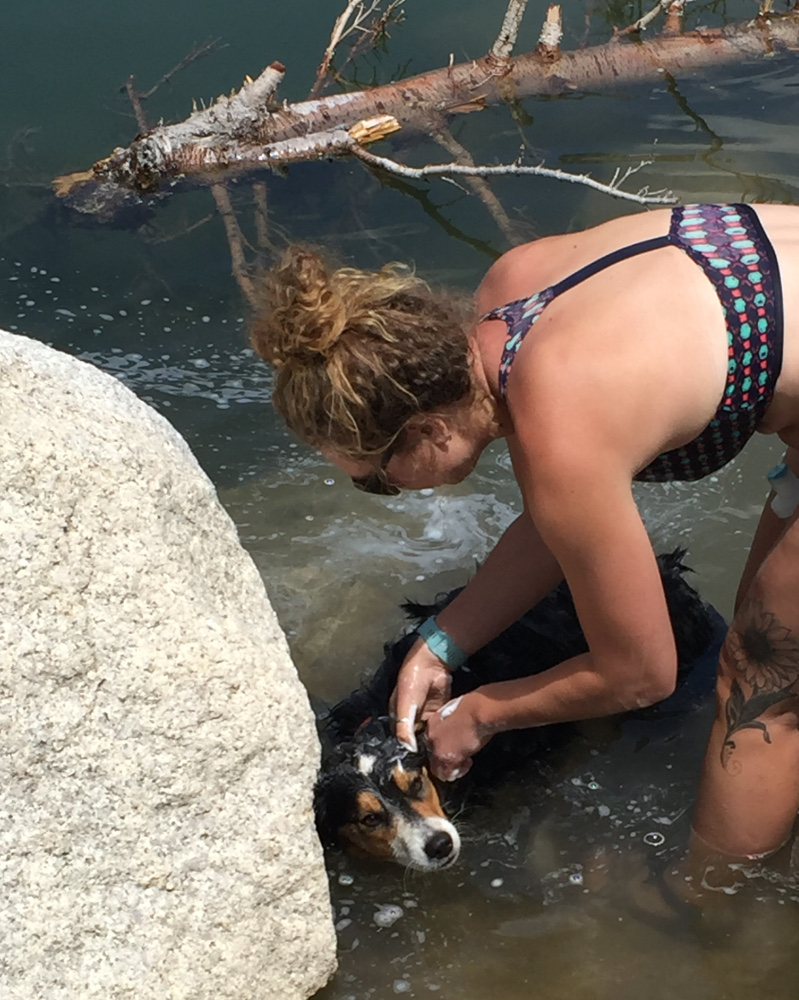 That evening we went out to a local bar called Purgatory and met up with some of Heather's friends. Decent bar, fun night.

The next day we went into the farmer's market downtown in Pioneer Park, which was great and hot. It being hot is obviously a continuous thread with this post. We mainly bought food and I avoided the pottery/jewelry to prevent myself from spending money.
Rue at farmer's market: 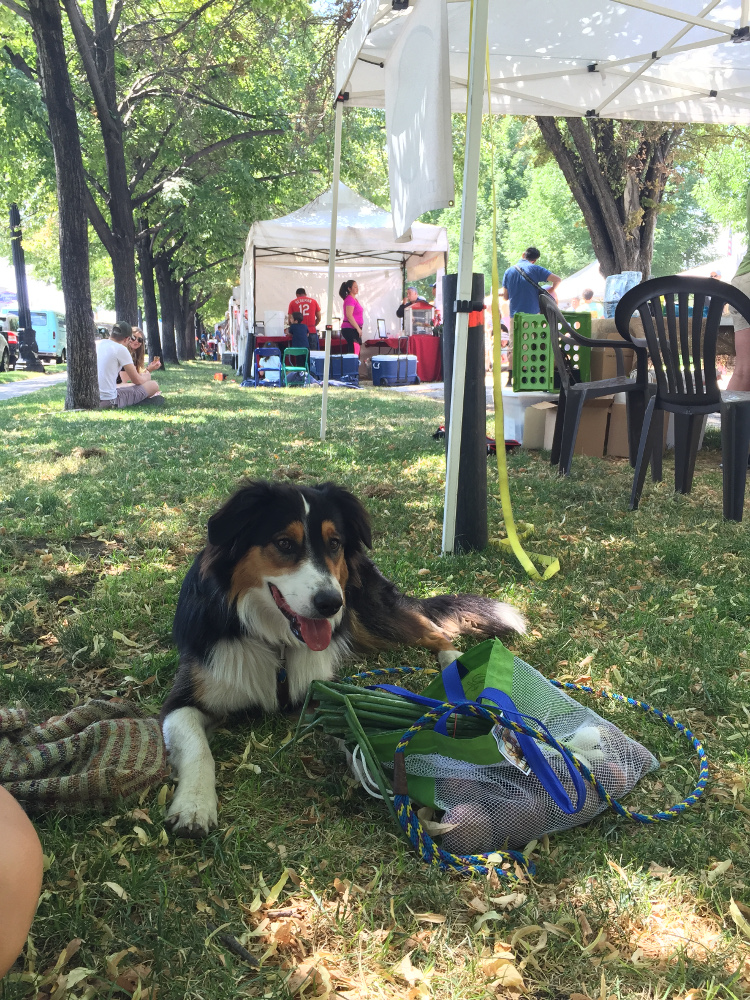 After the farmer's market, Heather and I went on a shorter hike up to (I think it was called) Dog Lake. Lots of dogs up at the top swimming but the water was a bit murky for us to go in. 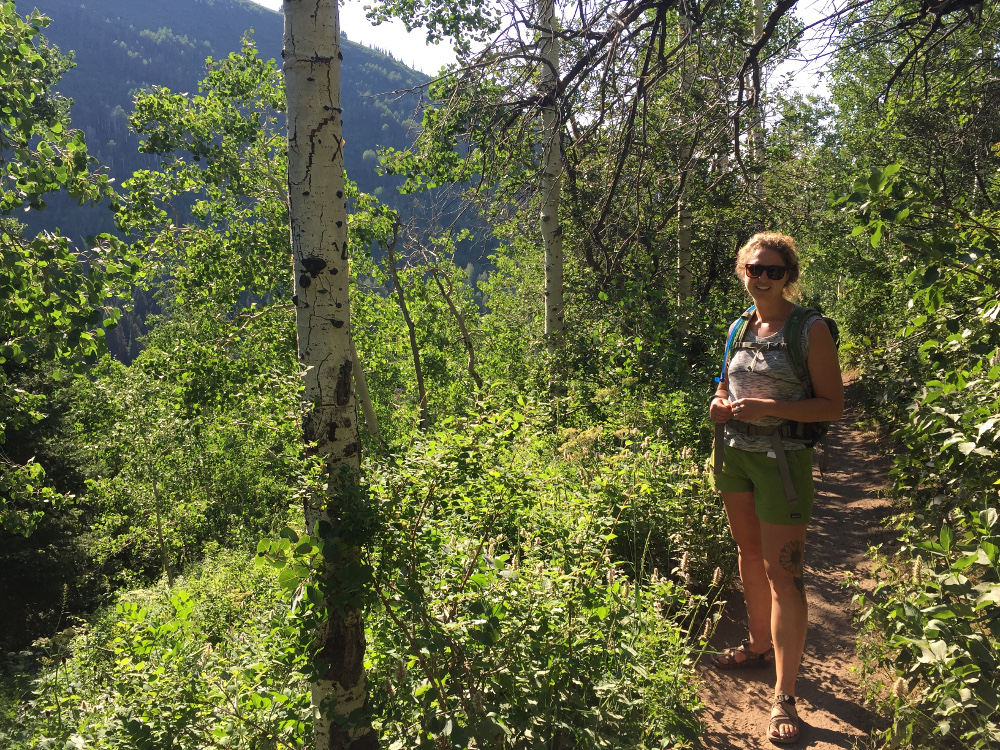 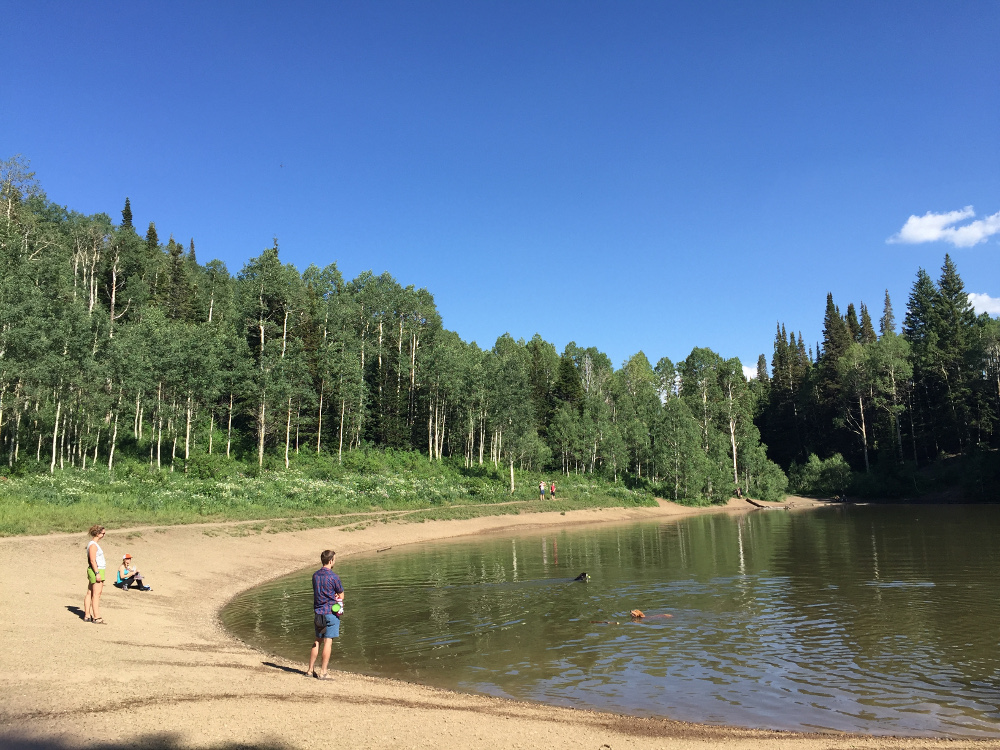 That night the three of us plus Caroline went to see a movie downtown, The Hero.

On Sunday we took the van up to Park City, which is a resort town about 30 minutes up in the mountains. They have a big farmer's market as well, which we spent some time walking around, looking at the shops and trying not to bump into people.
On the way to Park City: 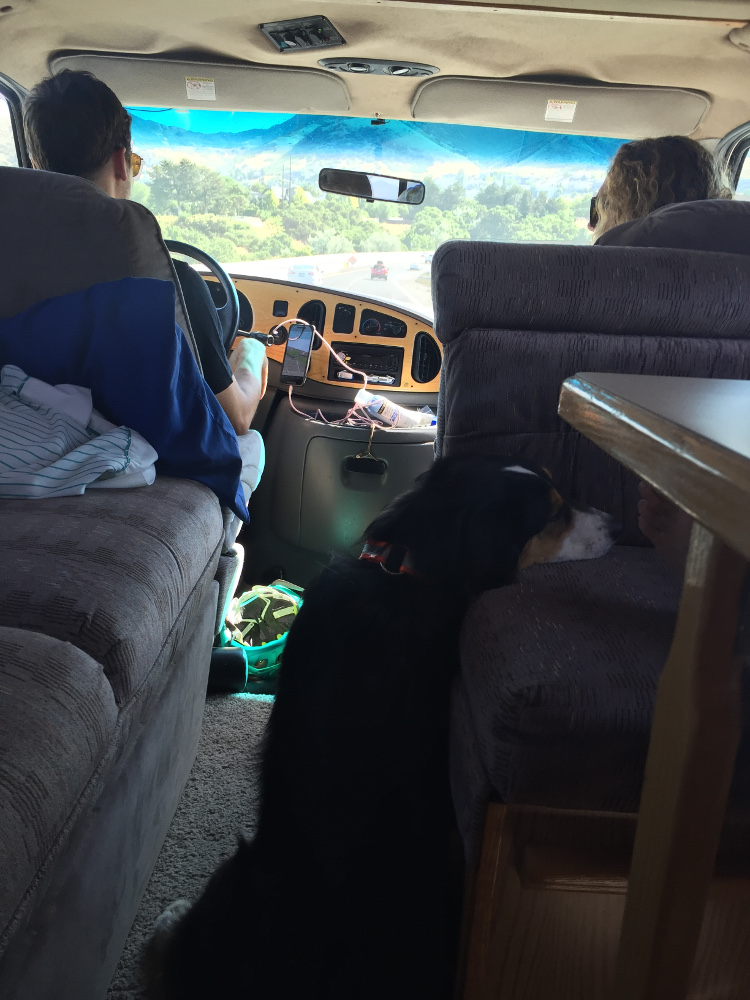 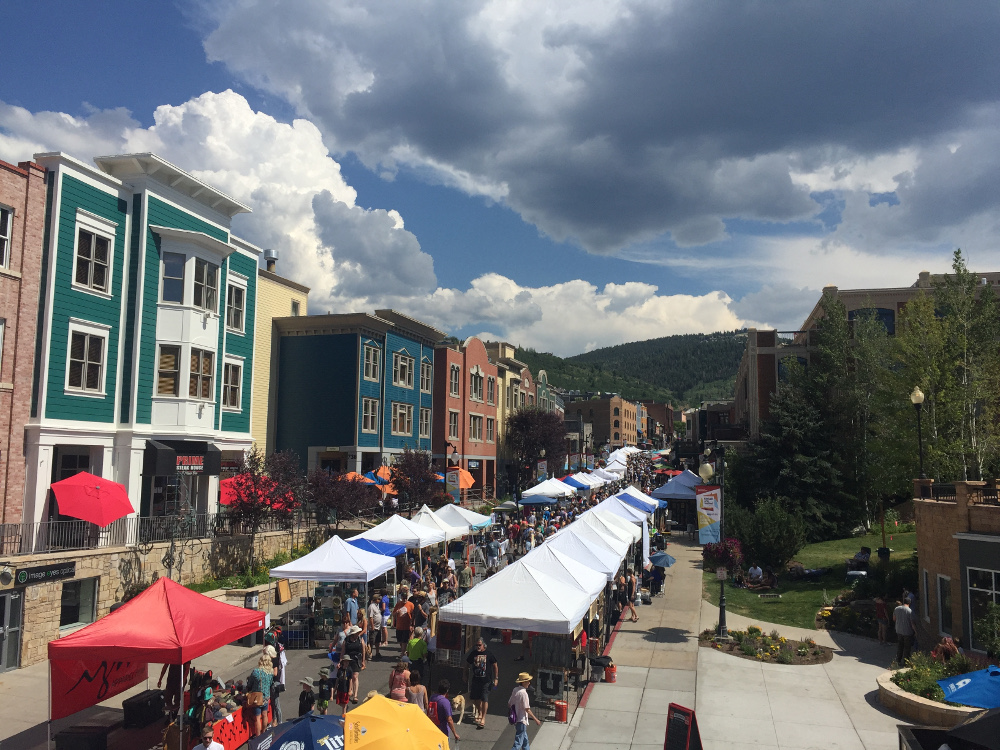 Park City is really cute but looks and is expensive. We had lunch and Dan took off for a mountain bike ride while Heather and I walked Rue around town and hung out at a park to let Rue run. 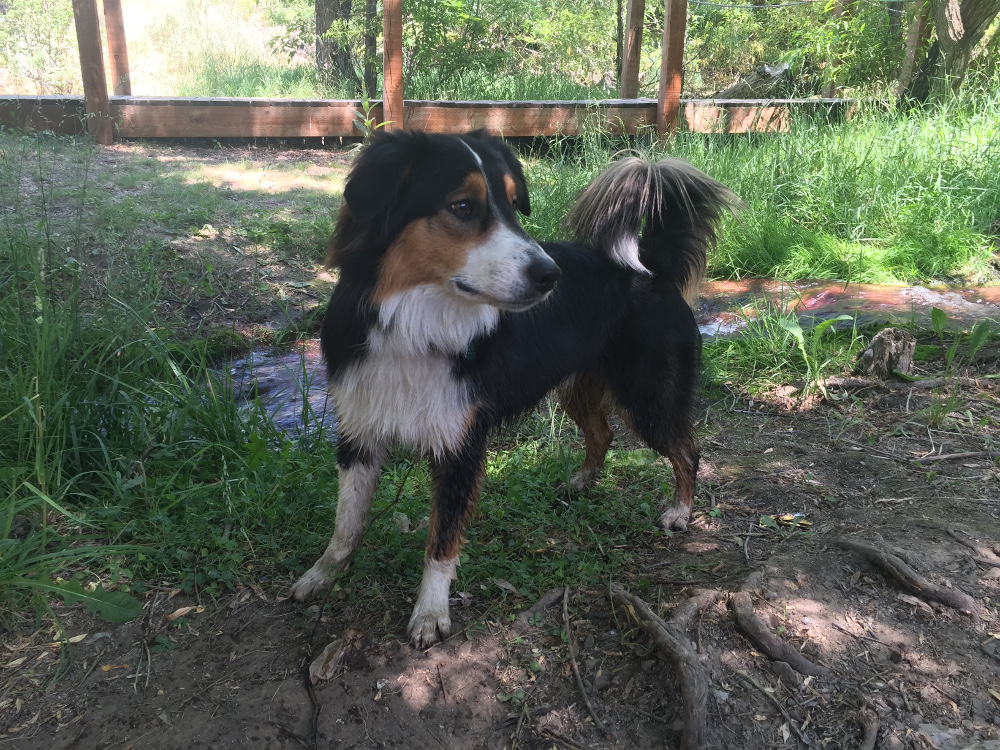 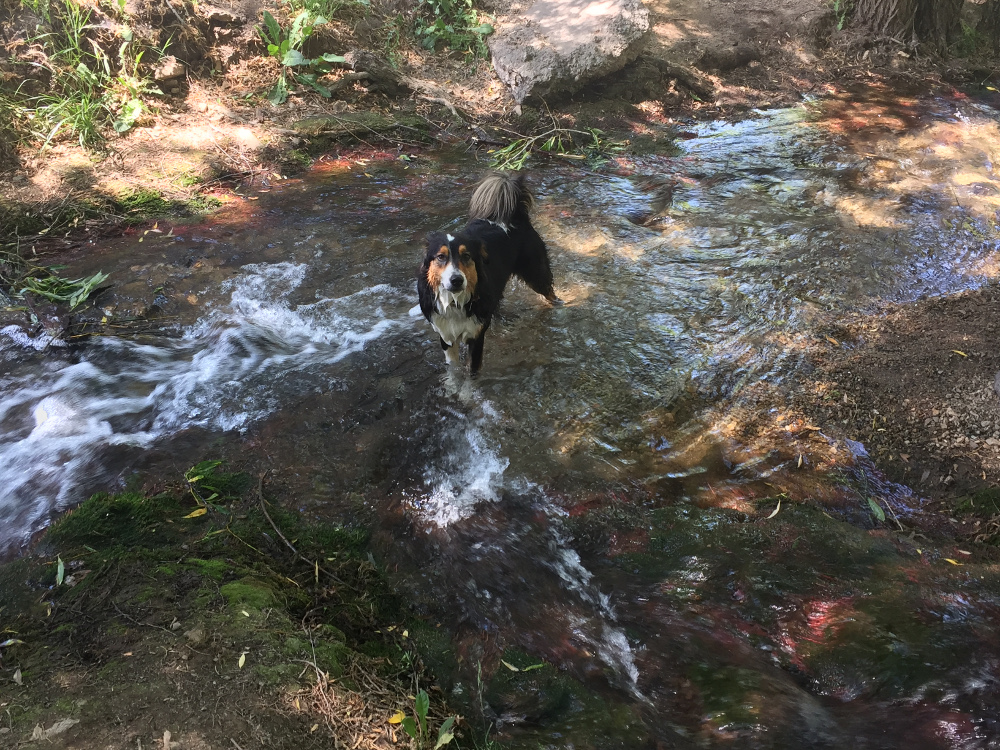 View from chairlift to bike trails: 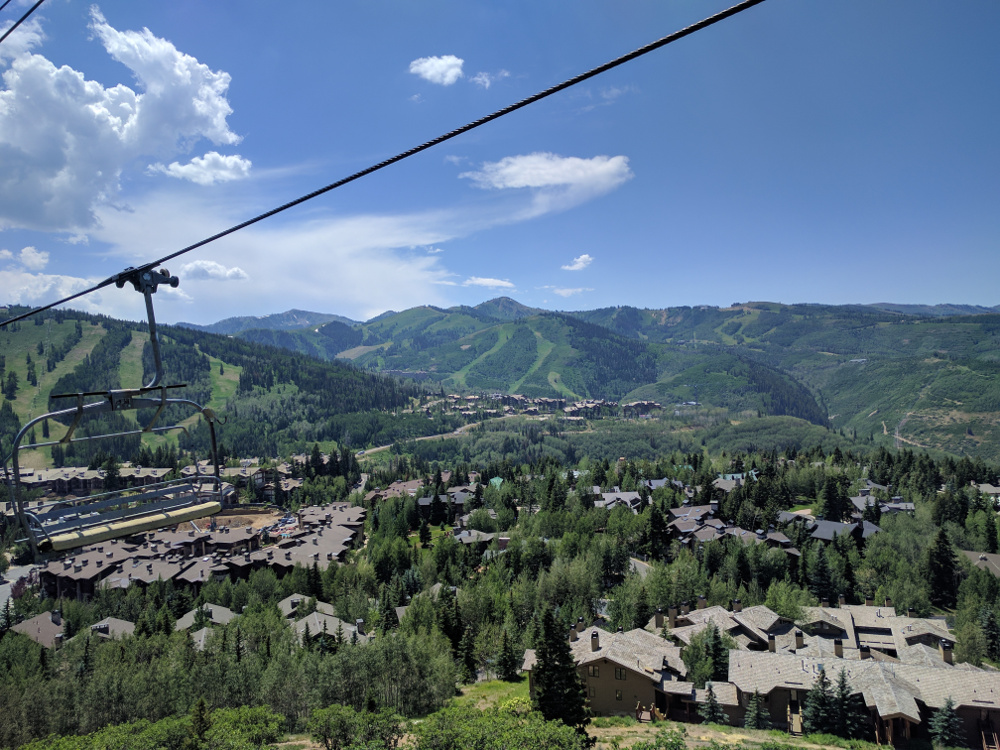 In the evening we relaxed, had some food and I watched SLC Punk on my laptop.

We had planned to leave on Monday to keep heading east, but after posting on the blog, making 10 burritos to freeze, hanging out with Rue and doing some other computer stuff it was already kind of late in the day so we decided to stay another night. Heather got home from work around 5:30, we took Rue to Tanner dog park again for a walk and got dumped on by rain at the end - giant warm raindrops, thunder and lightning. I kind of enjoyed it.
That night, we had already said goodbye to Heather 3 times, thinking we were leaving, but this 4th time proved to be the last. I believe this was the most consecutive days I had spent with Heather since probably college, or maybe a sporadic visit after, so it was really nice to have that.

The next morning we got up and decided to backtrack a bit to see the Bonneville Salt Flats, west of Salt Lake City. We passed the Salt Lake, which we learned most people don't swim in because it stinks and has brine shrimp, and giant mounds of salt collected and harvested by Morton Salt Company. 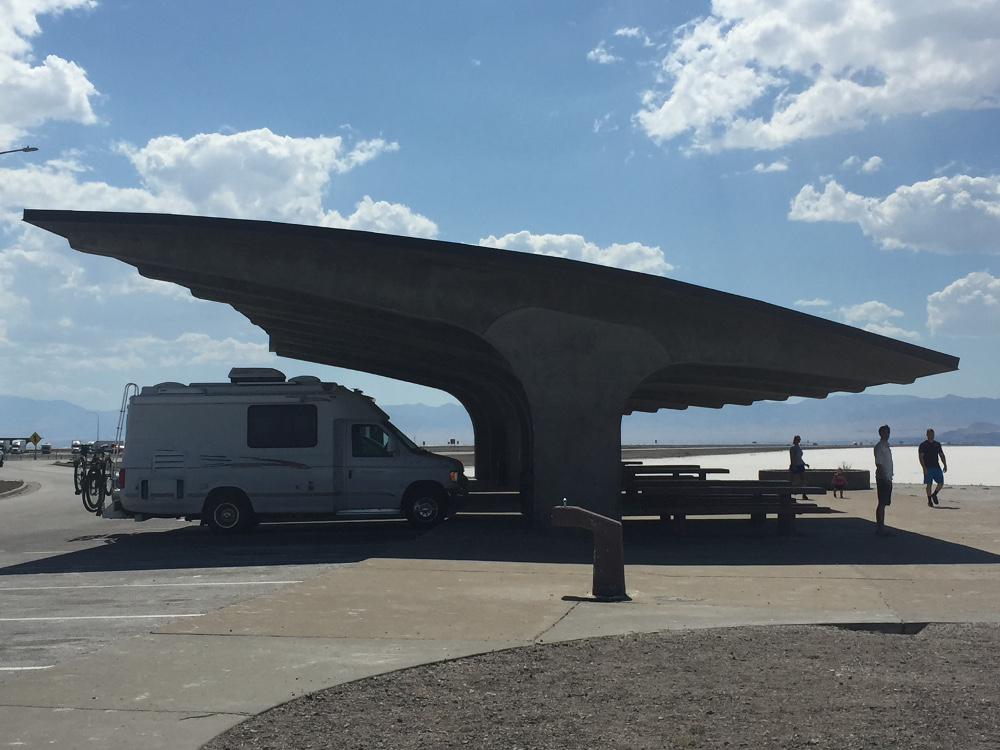 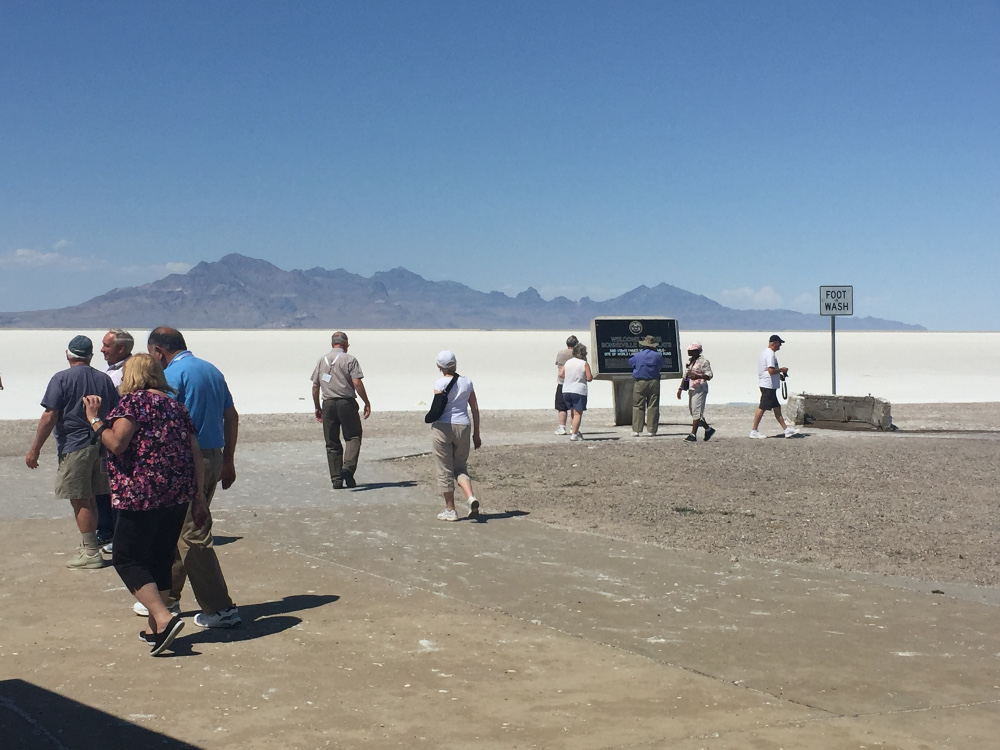 The flats were HOT, endless and alien. It was hard to spend too much time out there because it was so blinding, but it was definitely worth seeing. 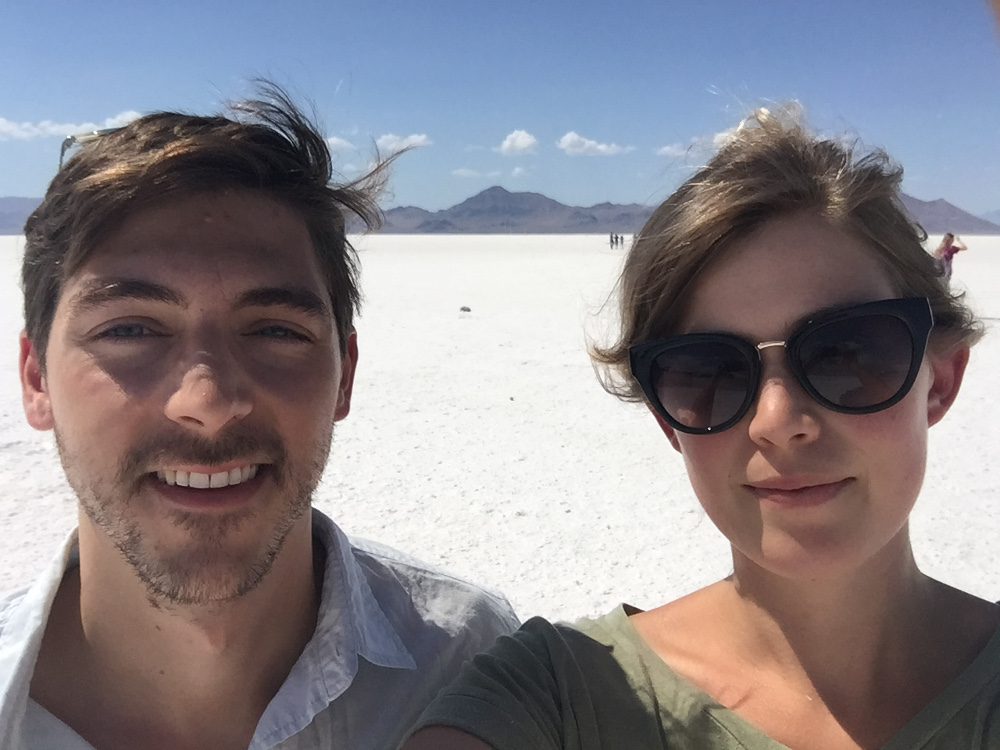 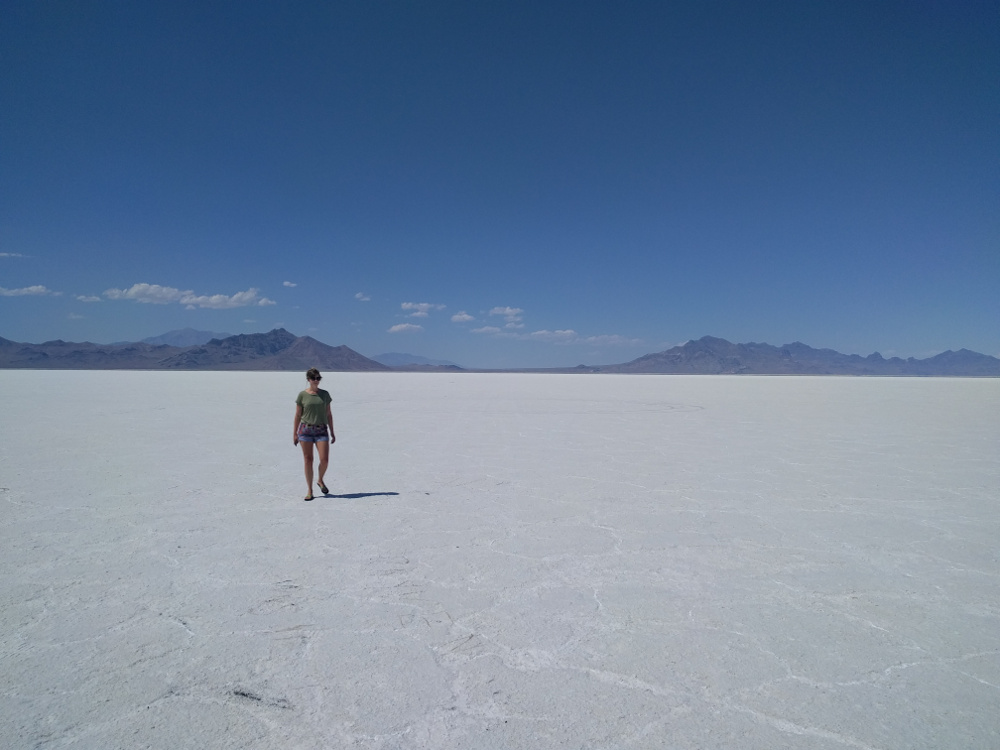 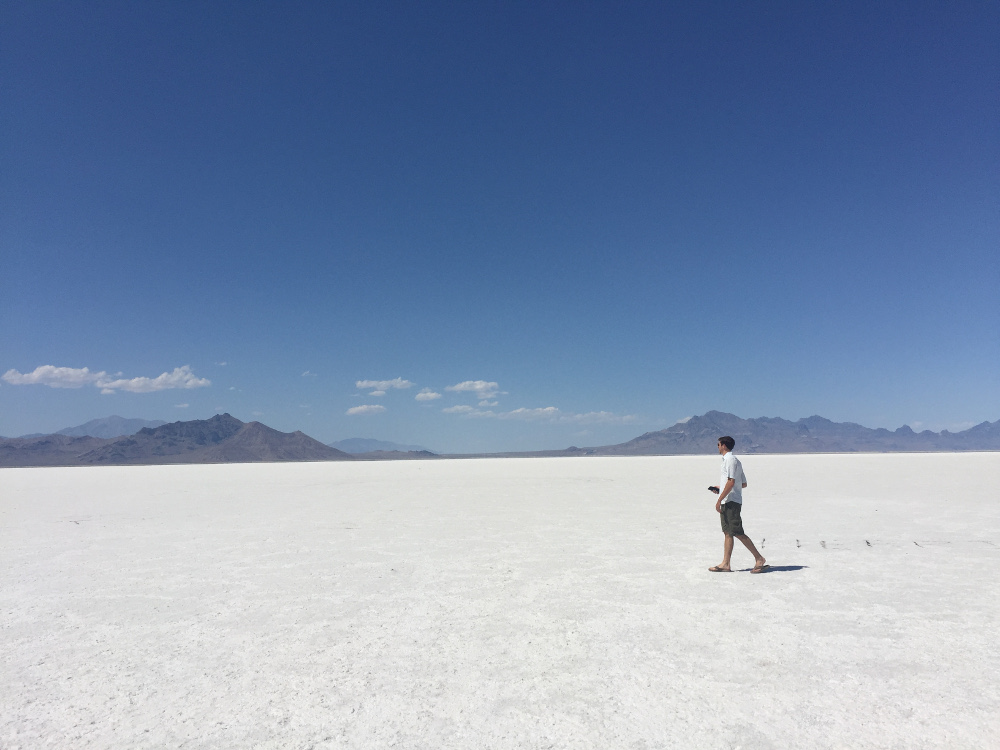 From there we drove back east along I-80 towards Wyoming. We intended to head to the Denver area from SLC but changed our minds and directed towards Yellowstone instead. We made it to Evanston, WY that night, right across the state line and slept for free at Walmart. 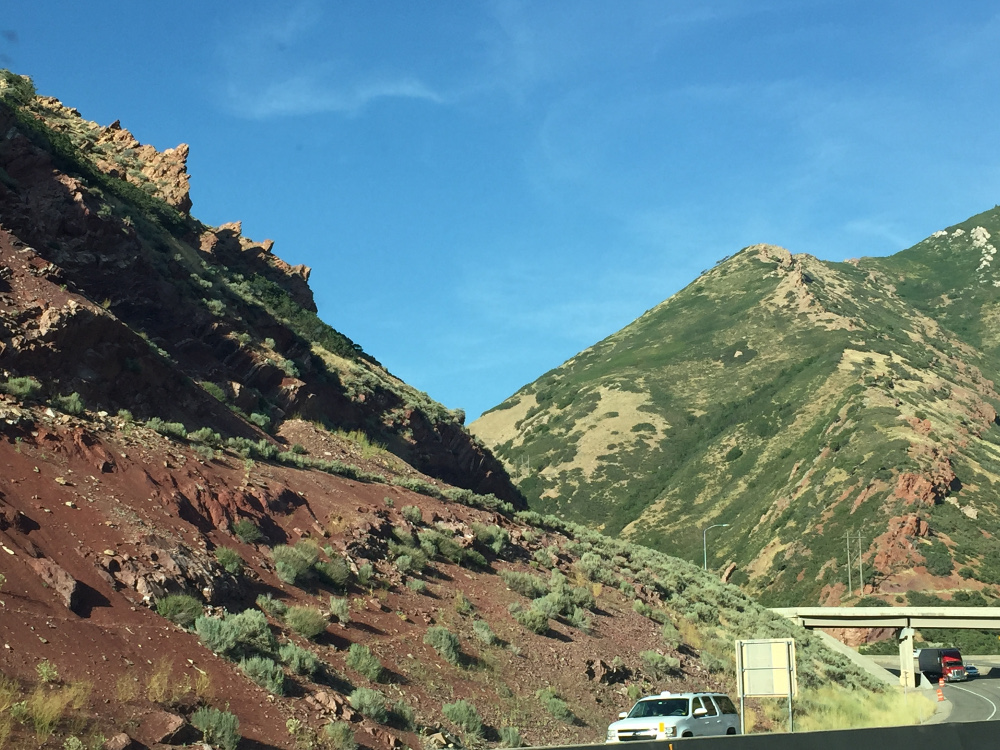 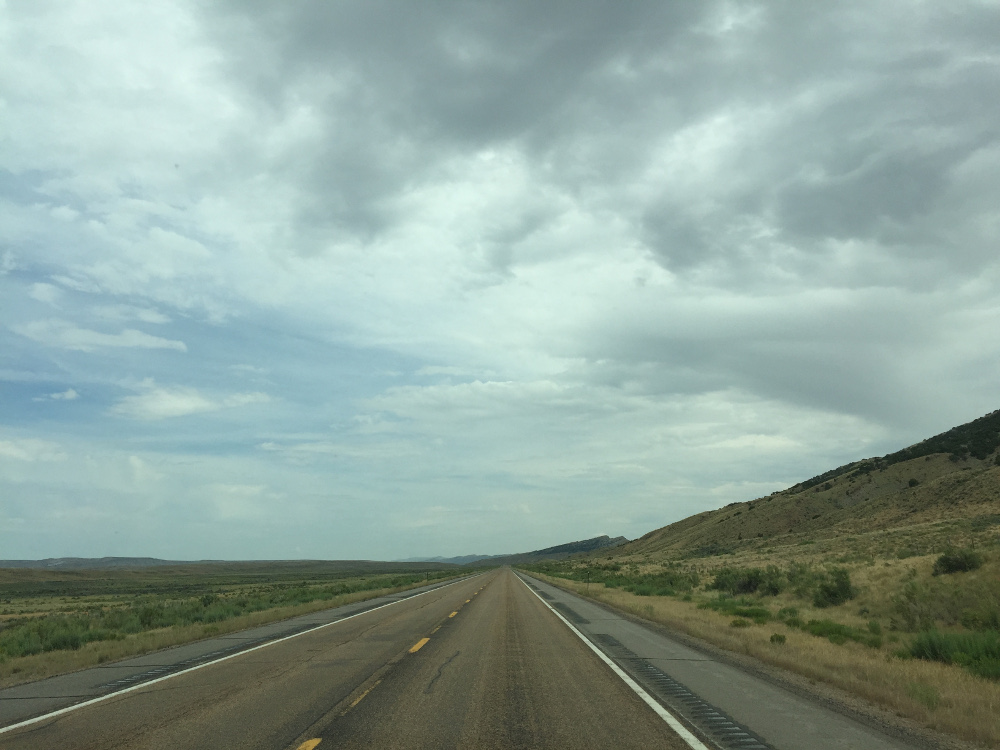 Next:  Wyoming and Yellowstone