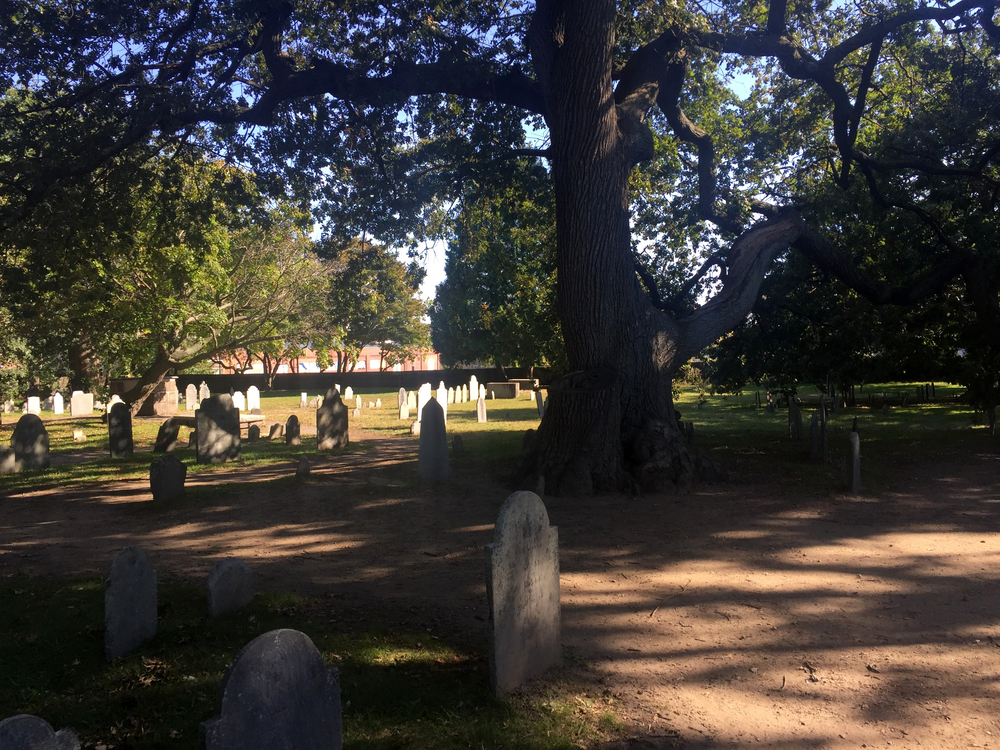 I was excited to get to Salem to explore the historical areas because I find the Salem Witch Trials to be very interesting (who doesn't). Salem is a weird place though because it's at conflict with itself – half kitschy tourist attraction and half real history. These two identities compete for the attention of its visitors. I didn't do a great job capturing the tourist side of Salem so don't let the pictures fool you into thinking it is an empty, eerie village because it isn't really. 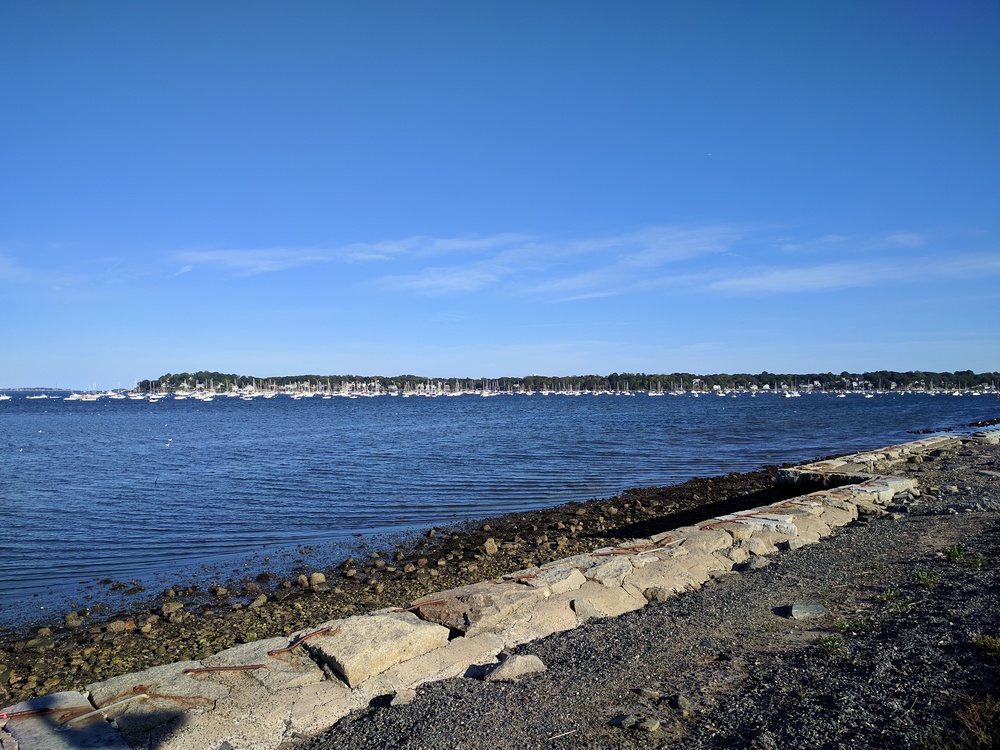 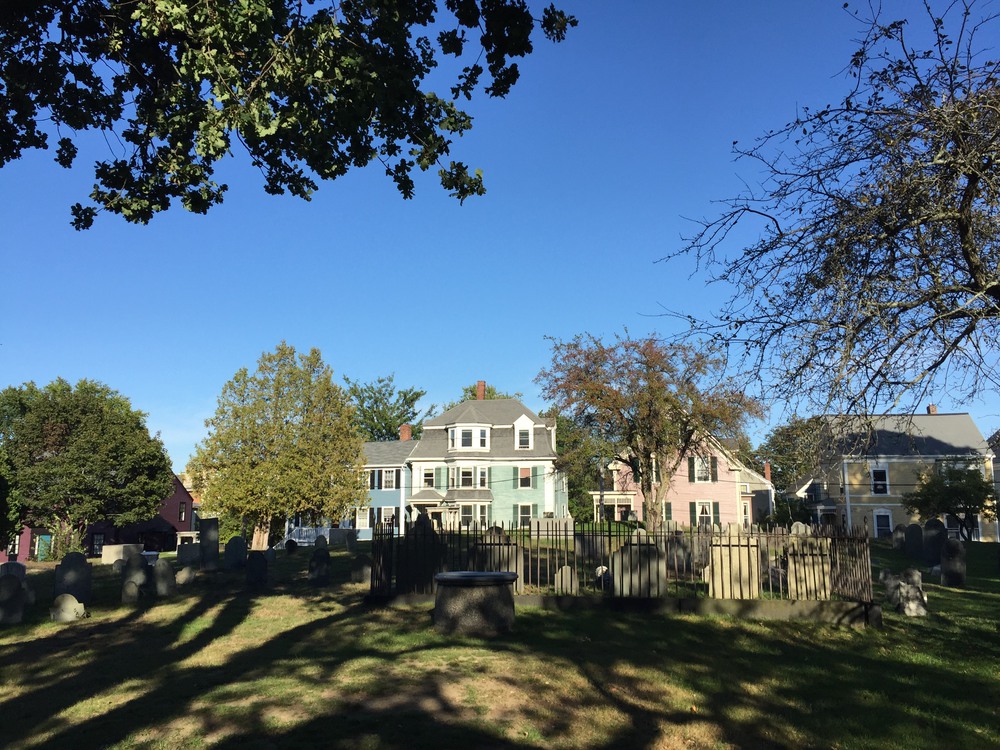 After arriving, we strolled down the tourist thoroughfare lined with witchy gift shops selling crystals and wands, wax museums, séance advertisements, people in costume and psychics able to tell your fortune, or at least take your money. Honestly I think it would've been fun to do this for the experience but I can't rationalize spending the thirty or forty bucks on it.

We also visited the Old Burying Point cemetery, where Judge John Hathorne, an ancestor of Nathaniel Hawthorne, is buried. It is said that Nathaniel added the "w" to his last name in order to distance himself from the Judge's role in the trials. 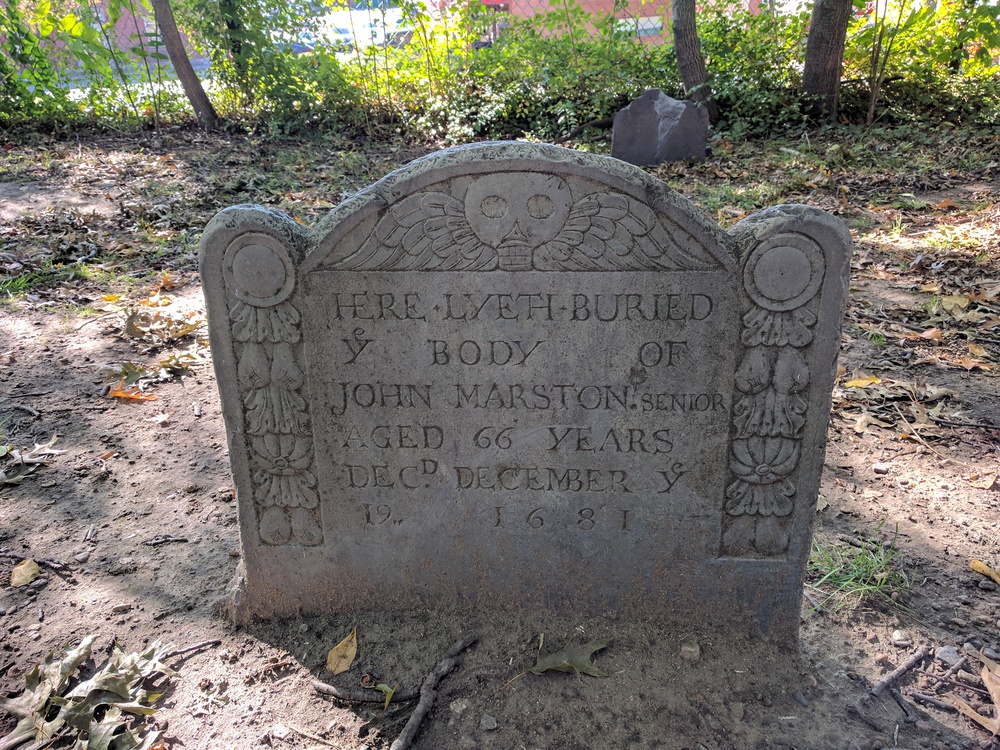 At Burying Point, small groups of tourists meandered around the cemetery aimlessly and kind of in a mild daze. Old cemeteries are always kind of cool to look at, and since this had so much witch trial history attached to it, a tourist like myself might expect some kind of enhanced emotion in a graveyard of such symbolic importance. Instead, I felt kind of disappointed, like I had expected something spookier. I think this is why historical destinations that draw so many people can become disappointing: in the same way ghost hunters never find anything on TV, tourists in Salem never have any tangible connection to it's terrible past. 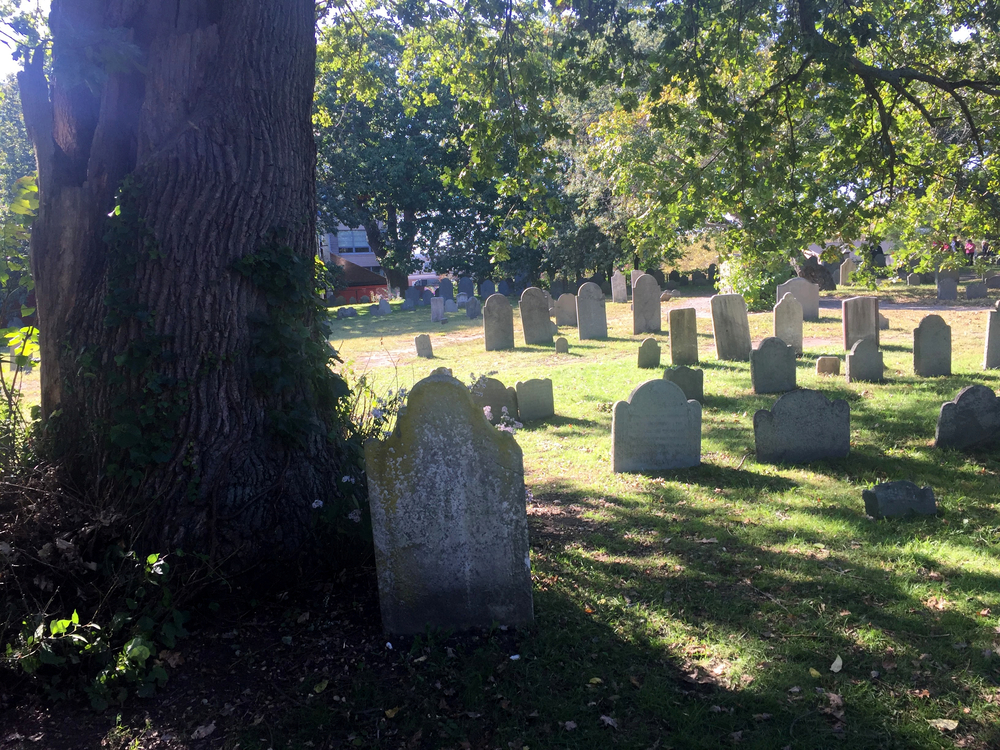 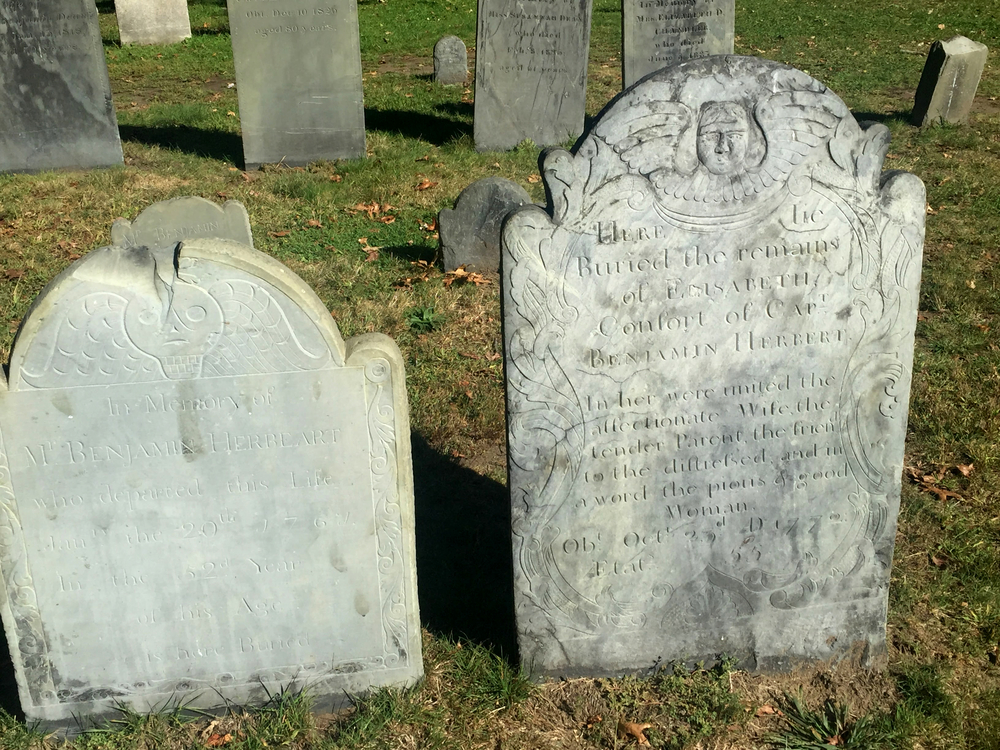 Historians can explain past events in a myriad of ways, as the witch trials have been explained as mass hysteria, ergot poisoning, the result of a stilted Puritan belief system, actual demonic possession, or a conspiracy to make politically motivated land grabs. These are all very interesting, but really what makes this such an enduring mystery is that we'll never know for sure. And as much as the Salem witch trials are diminished by historians who note that this happened on a giant scale in Europe, or in other pockets in New England, you can't deny the pull of the lore. You can hope or work to understand it in many ways, but the closest you can get to it today is still centuries of distance. 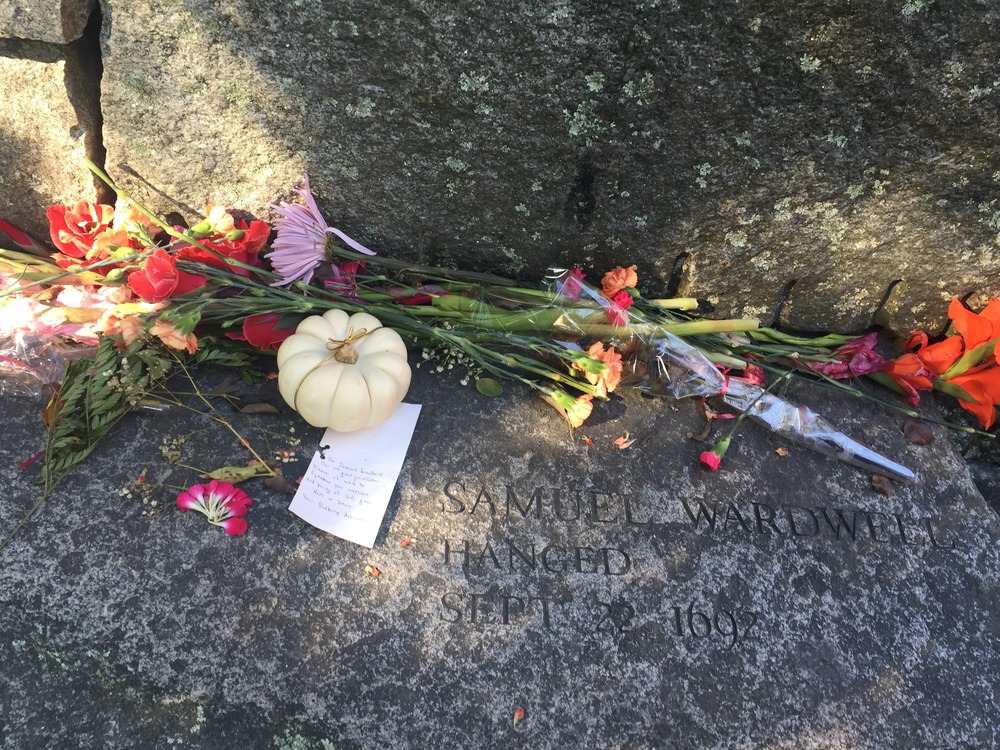 I also visited the Witch House, the former home of Judge Jonathan Corwin and the last structure standing with any real ties to the witch trials. The house, built between 1620 and 1642, is interesting not so much as a relic of anything particularly witchy, but an accurate representation of how an wealthy family lived in the late 1700's. 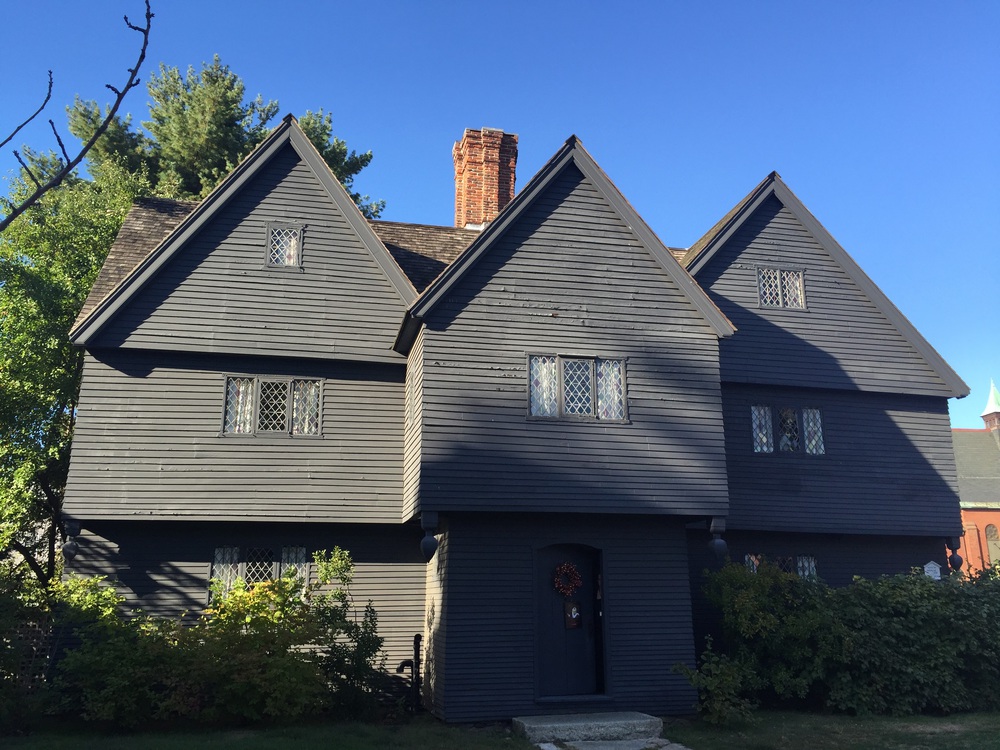 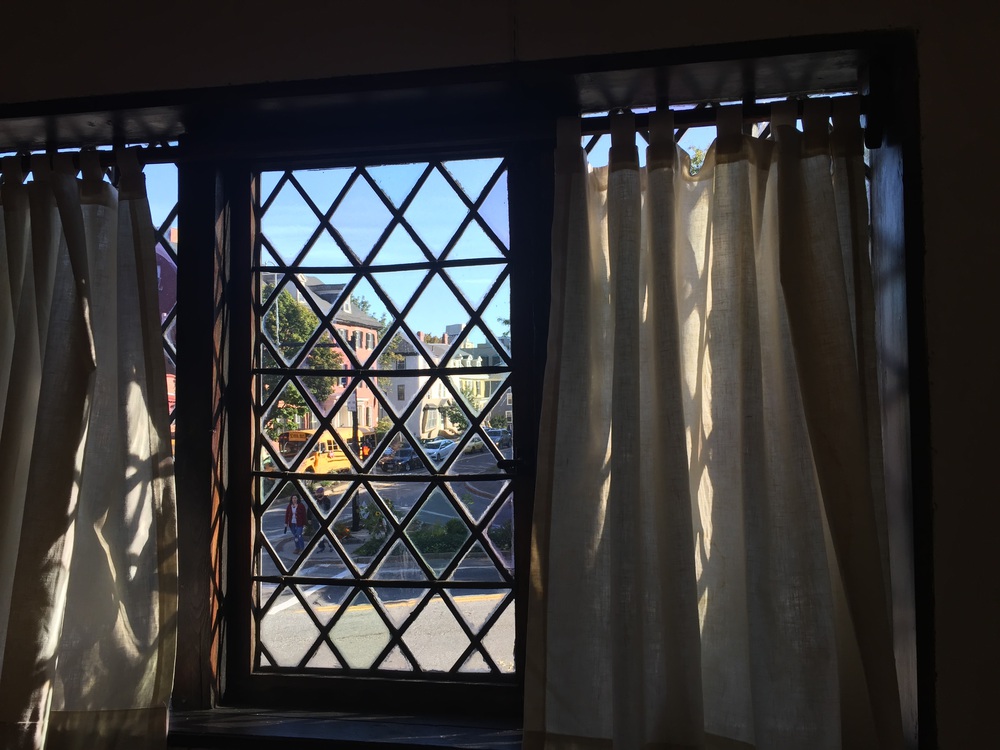 From Wikipedia: "As a local magistrate and civic leader, Corwin was called upon to investigate the claims of diabolical activity when a surge of witchcraft accusations arose in Salem Village and neighboring communities. Corwin served on the Court of Oyer and Terminer, which ultimately sent nineteen people to the gallows. All nineteen refused to admit to witchcraft and steadfastly maintained their innocence." 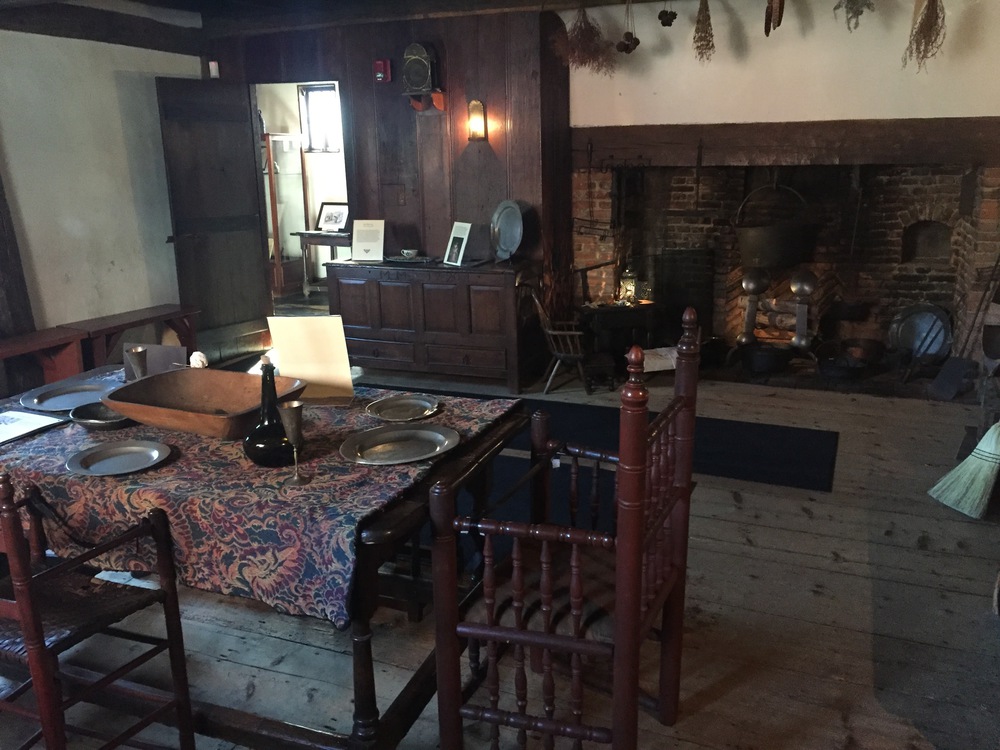 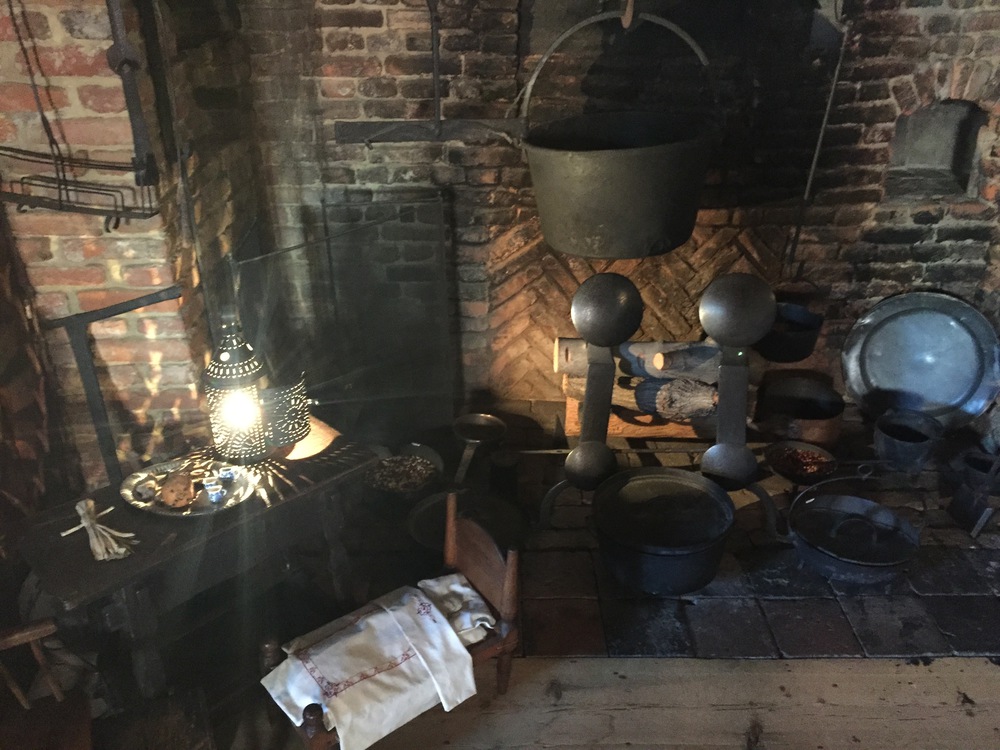 In any old house it is fun to imagine the people that lived here over the decades and moved about living their daily lives, and this one especially with its original pine floors, stone hearths and period furniture. It said the wife of the Judge had multiple babies in the upstairs room, so standing there I think of every movie ever made depicting old-timey childbirth: sweat, blood, screaming and tears. It was the most frightened I felt in Salem so far, haha.

They also had a small section of miscellaneous items, one of which was this creepy "poppet." 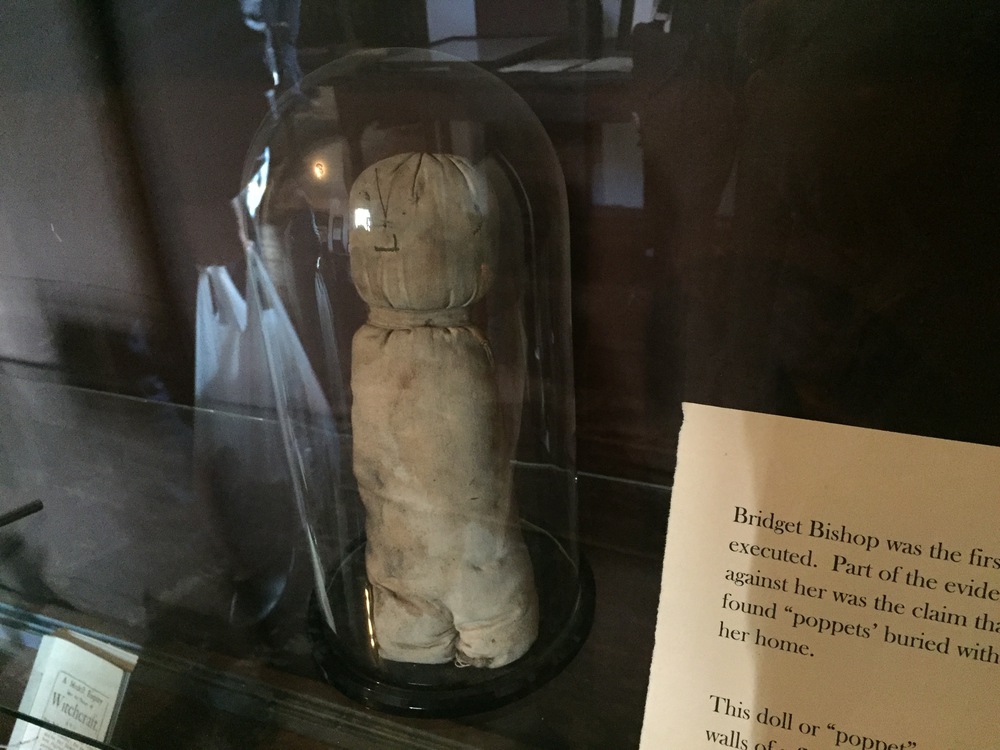 The text nearby read "Bridget Bishop was the first victim to be executed. Part of the evidence presented against her was the claim that workmen found 'poppets' buried within the walls of her home. This doll or 'poppet' was found within the walls of a first period home in New England."

We also stopped by to see the exterior of the House of Seven Gables, the inspiration for Nathaniel Hawthorne's book of the same name and once owned by his aunt: 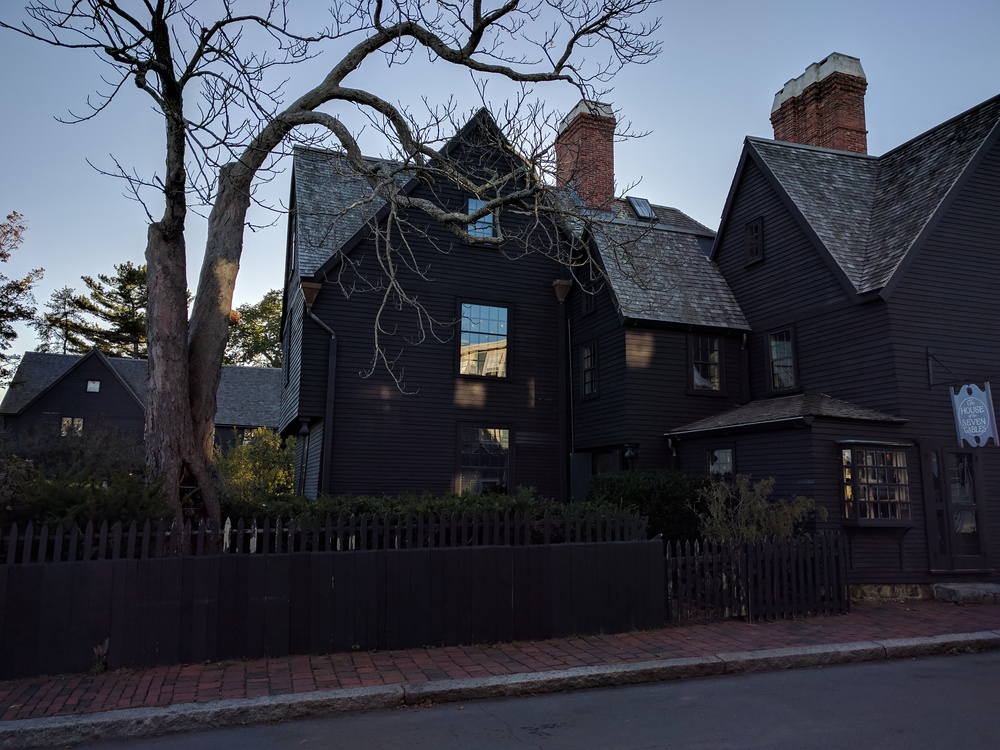 You would think this house was interesting enough already, but marketing-minded owners in the late 19th century tacked on a "secret staircase" in the hopes that a mysterious spiral staircase would lure visitors with it's spooky appeal.

This tradition of stretching and enhancing history to win tourists dollars persists in Salem and sometimes that distracts from what is actually a historically interesting place. Ultimately I found it is just a fun place to wander around outside of all the witch stuff, down cobblestones past quiet houses built in the 1700 and 1800s, through a cemetery not crowded with people. I know it's spoiled to complain about a tourist place being too touristy, or any place I am lucky enough to visit, but so far the best places are the ones you can find on your own, in a quiet place in an old city.

Next:  Boston: Country Mice Go to the City